“Due to a lack of proper habitat, endangered white-bellied sea eagles build their nests on high-rise mobile towers and power transmission towers on the coastline of Ganjam district of Odisha.” Read more http://www.thehindu.com/news/national/o ... 237400.ece

USA: Another miracle eagle – A young female bald eagle survived a collision with a truck

What for a miracle, that this young Bald eagle gets a second chance, a very good news, maertha!

Click here to find basic terms that describe parts of a feather and the major types of wing feathers, along with a glossary and illustrations. Source: U.S. Fish and Wildlife Service/Forensics Laboratory. More dictionaries, glossaries and wildlife terms can be found here: Translation Tools viewtopic.php?f=46&t=226 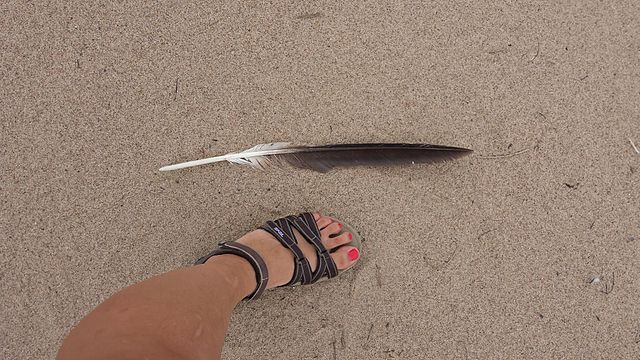 An eagle feather size comparison. By Tperkins2 (own work) [CC BY-SA 4.0 (http://creativecommons.org/licenses/by-sa/4.0)], via Wikimedia Commons
This item was only photographed and not touched or taken in order to comply with the eagle feather law of not possessing bald eagle parts.

Beware of the Eagle

According to the newspaper Hannoversche Allgemeine, this was exactly what happened to a woman when she spent time at - nomen est omen - Hannover Adventure Zoo. A bald eagle that was part of a show was supposed to fly over the crowd. But instead of landing on the gloved hand of a zoo keeper, the bird landed on the head of a spectator, slipped down and clung to her arm. The incident occured in Germany in April. In July a wedge-tailed eagle made international headlines when he attacked a boy at a birds of prey show at Alice Springs Desert Park, Australia. Neither the woman nor the boy was seriously injured.
Top 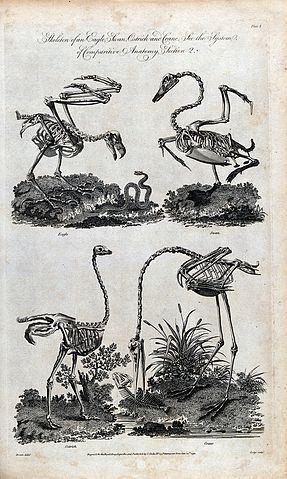 The skeletons of an eagle, swan, ostrich and a crane. Provided by https://wellcome.ac.uk/
press-release/thousands-years-visual-culture-made-free-through-wellcome-images Wellcome
Images[CC BY 4.0 (http://creativecommons.org/licenses/by/4.0)], via Wikimedia Commons

“Each year thousands of cavity-nesters, animals that prefer dark, narrow spaces for nesting and roosting, become entrapped in vertical open pipes such as ventilation pipes, claim stakes, and chimneys. The Poo-Poo Project aims to prevent wildlife entrapment within vent pipes found on vault toilets throughout the US by installing safe, effective durable and affordable Poo-Poo Screens.” (Source: Teton Raptor Center)


By One Percent For the Tetons, October 2012

Ireland: Eddie in no hurry to leave home

“While this year’s local crop of six young White-tailed Sea Eagle chicks are now busy exploring the wider world around them (…),Eddie, the Glengarriff chick, is yet to make the move out while his parents continue to feed him.” Read more http://www.southernstar.ie/news/roundup ... eave-home/

According to the article, the birds were freed after several hours. Read more
http://www.cbsnews.com/news/2-bald-eagl ... ndo-drain/
Top

“The report notes that the true levels of mortality are likely to be significantly higher due to difficulties in recording deaths.” Read more http://www.irishtimes.com/news/environm ... -1.2870938

“Some 50 million birds - from cranes to song birds - fly to Korea during their seasonal migration. (…) Magnificent sights of vultures, red-crowned cranes and white-tailed sea eagles taking off en masse draw hundreds of bird-watchers to Cheorwon and other major migratory bird sanctuaries every winter.” Read more http://www.koreaherald.com/view.php?ud=20161118000722

“The East Asian-Australasian Flyway extends from within the Arctic Circle, through East and South-east Asia, to Australia and New Zealand, stretching across 22 countries.” Background information and maps can be found here http://www.eaaflyway.net/about/the-flyway/

According to the article, the exhausted surprise visitor fell out of a tree. He has been moved to a veterinary hospital and shall be released into the wild as soon as possible. http://www.fakt.pl/wydarzenia/polska/bi ... iu/2p7mhff 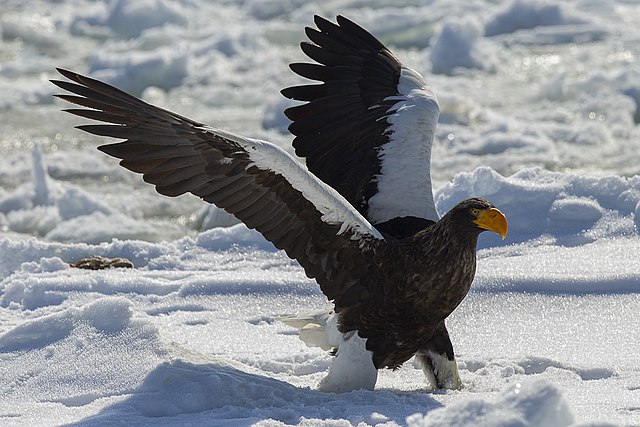 The Steller´s sea eagle which was found recently in Poland has not travelled about 9000 kilometres, as suggested in the article above, but was born in the Czech Republic in 2008. The female bird escaped from the zoo in the city of Płock (Poland) in March. Nevertheless it is remarkable that the raptor, bred and hatched in captivity, was able to survive eight month on her own. 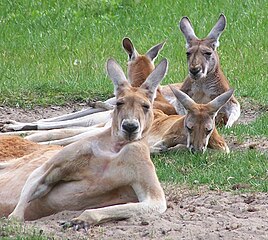 I have often wondered if White-tailed Eagles can be infected with avian influenza. As it turned out, the answer to this question is yes. According to the newspaper shz.de, the Friedrich-Loeffler-Institute (FLI) confirmed today the infection of a White-tailed Eagle with highly pathogenic avian influenza subtype H5N8. The bird was unable to fly when it was found near Lake Ploen (Schleswig-Holstein) some days ago. On November 8 the FLI reported in a press release that wildfowl infected with bird flu were discovered in this region.

“If highly pathogenic avian influenza strikes rare birds of prey, this may have crucial impact on the predator species itself, but also on the food web in which it interacts.” (Gunnar Gunnarsson, Elsa Jourdain, Jonas Waldenström, Björn Helander, Peter Lindberg, Johan Elmberg, Neus Latorre-Margalef, and Björn Olsen. Vector-Borne and Zoonotic Diseases. May 2010, 10(4): 387-390)