This is the first year that this osprey nest has a webcam.
Ilmar is a male Osprey from Estonia who received ring number U6 and a transmitter on 3.08.2012 (note: Ilmar's transmitter was removed and his ring changed in July 2013. His ring now is AF.)

Ilmar's route south in the autumn of 2012 is shown in blue. He traveled to the west of Piret, whose route is shown in pink.

Urmas wrote that Ilmar's nest from last season was unstable and dangerous, so it was rebuilt for this new season. Even with a dusting of snow, it looks very attractive!

April 2013. Ilmar's nest had attracted some young WTE and a duck, but viewers were beginning to wonder if a Ilmar's mate would ever arrive or, if not, whether an unattached female such as Piret (Madis' mate from 2012) might be attracted to the nest and settle in.
Urmas answered some of the questions we had.

Q. Did you rebuild Ilmar's rotten nest at the same place it was before or did you choose a new tree?
A. We built new nest about 30m of old one, old was almost fallen down and rotten fir did not have more branches to hold nest.

Q. Do you know how old Ilmar is?
A. Don't know, probably breeding third year (in the same nest site). He has no rings, if we caught him last year. Neither female.

Q. Did Ilmar breed successfully with his mate already last season? And the seasons before?
A. Yes they had two chicks, though a bit later as usual. Joosep ringed them, though it was dangerous, because of rotten tree. Before that in 2011 the nest was probably built, but we did check it after breeding season, so could be there were no chicks then.

Q. Anything you know about his last mate? How old, is she wearing rings?
A. Nothing more as no rings with her.

Q. How far is the distance between Ilmar's nest and Madis' nest?
Could it be possible that Piret meets Ilmar (at Ilmar's nest - for breeding)?
A. It's about 65 km, I don't think Piret will go to Ilmar's nest. Its too far maybe.

Q. It would be interesting to have information about the Osprey population in Tartumaa county, in order to estimate Ilmar’s chances to find a mate.
A. Not many in this area, but more at bigger lakes Vortsjärv in west and Peipsi in east. But migration is going on, so almost every day some Ospreys fly over the area (Finnish ones).
Top

mid-April - young WTEs visit the nest
Urmas noted: The immature White-tailed Eagle in nest wearing the ring C550 is ringed by me 23.06.2010 about 5 km of the Ilmars nest as single chick in nest. C550 has been observed and photographed in the area also before during all those years.

April 15-The WTE were followed by a visiting, unringed osprey.

April 22- An unringed female osprey visited the nest. Ilmar arrived with a fish! The female bit his ankle. Ilmar worked on the nest and mated(?) with the female, but also turned his back on her (signaling perhaps that he is not a threat).

April 24 -A visiting osprey on the nest.

April 25 - A duck, and then a ringed WTE (C550) visited the nest while Ilmar was away. Later in the day, an adult male kestrel landed on the nest.

April 27- Ilmar returned to the nest, with fish, but no females have been around.

April 29 - Another unringed osprey visited the nest, as did WTE C550

April 29- Irma (U5) arrived home in the afternoon. Ilmar delivered fish and they mated.


The three chicks were ringed on July 17: http://www.looduskalender.ee/en/node/17373
Ülo Väli from Kotkaklubi (Eagle Club) sent the results of the ringing, with comments. Our thanks to him!

Thank you for the information, Nancy.
One planet meets another. Planet 1 says to Planet 2, “Hey you look terrible”. Planet 2 says, “Yes I know. I have Homo Sapiens.” Planet 1 says, “Don’t worry. I had that too and it will soon disappear.
Top

A Blackbird was singing its morning song, picture follows in the evening

Before Joosep came to work on the camera:

Someone is installing something at nest. And now camera is offline.
Top 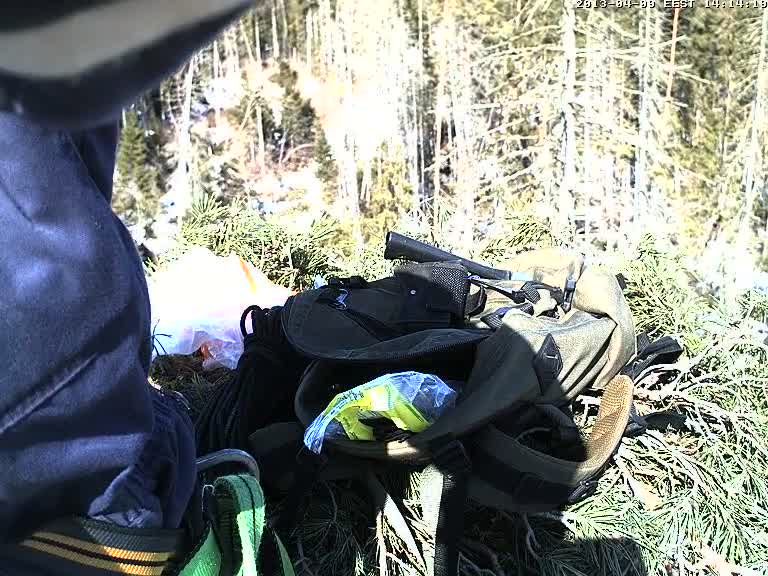 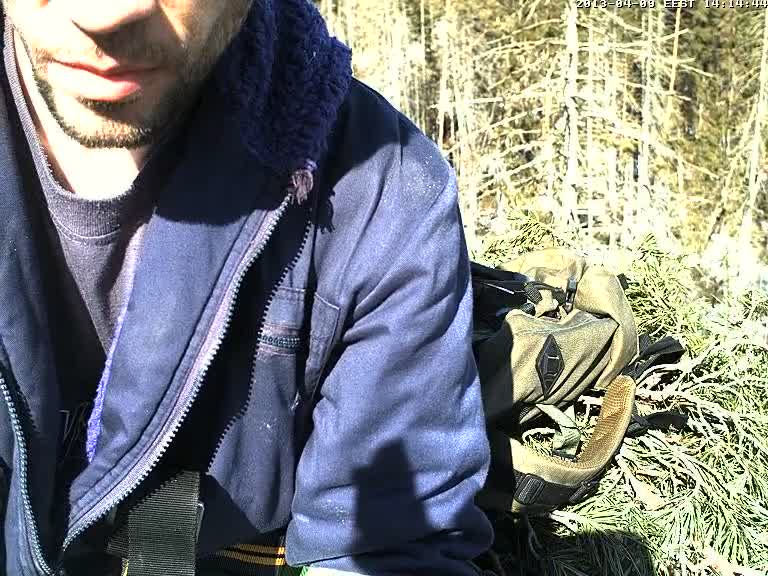 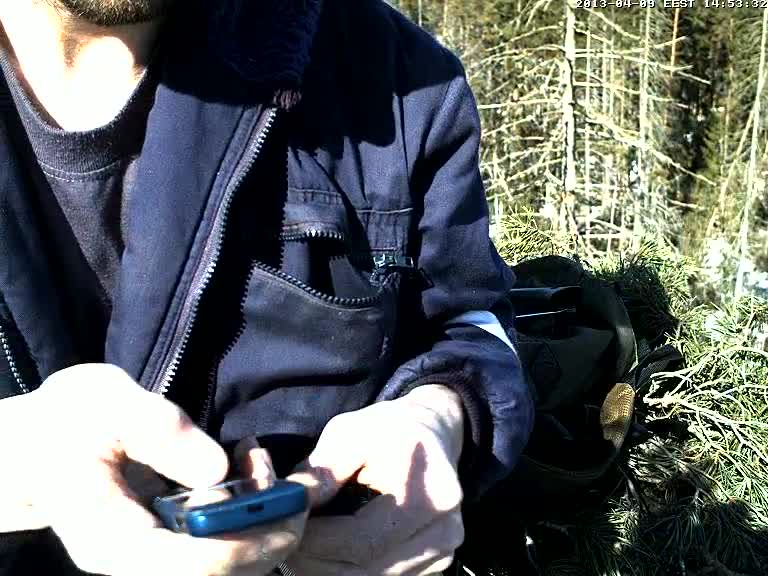 Joosep moved the cam - this is the view downwards now 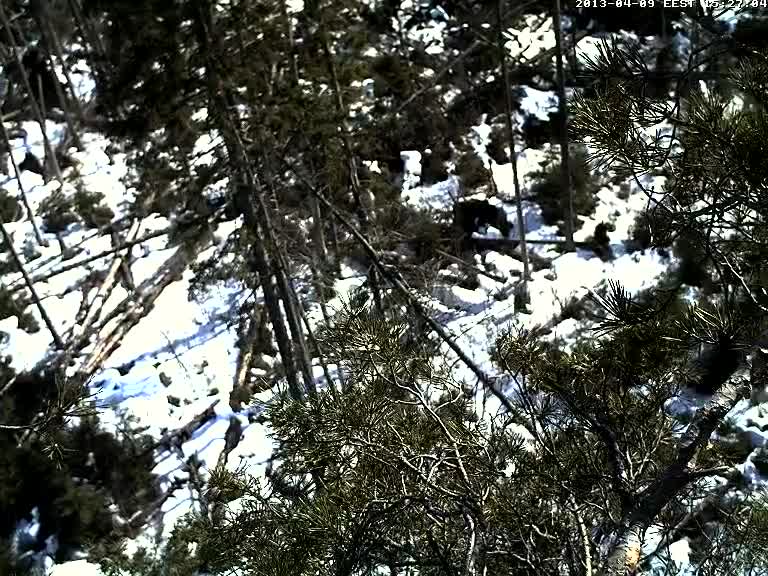 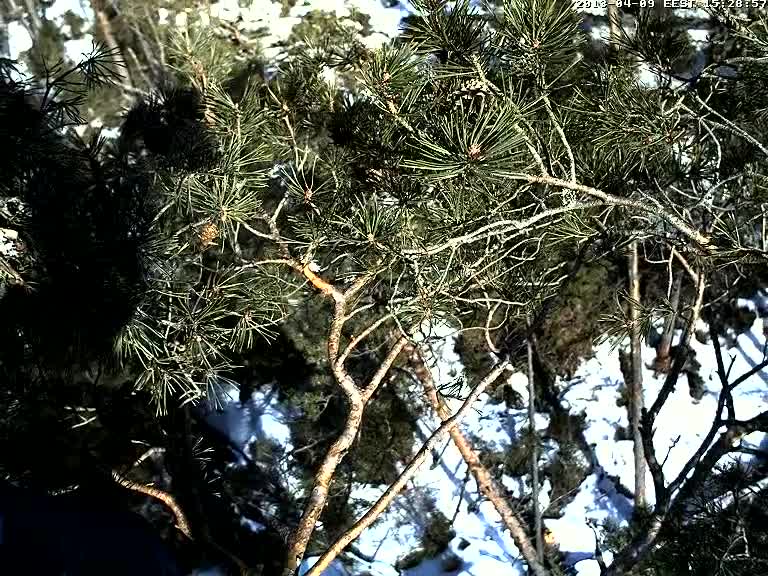 A bit of the surrounding ... was it a storm that broke all the trees or was it woodwork??? 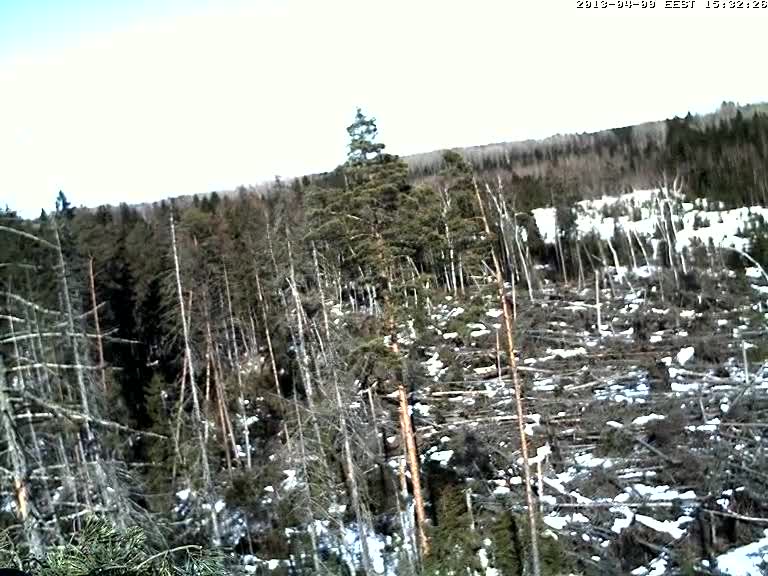 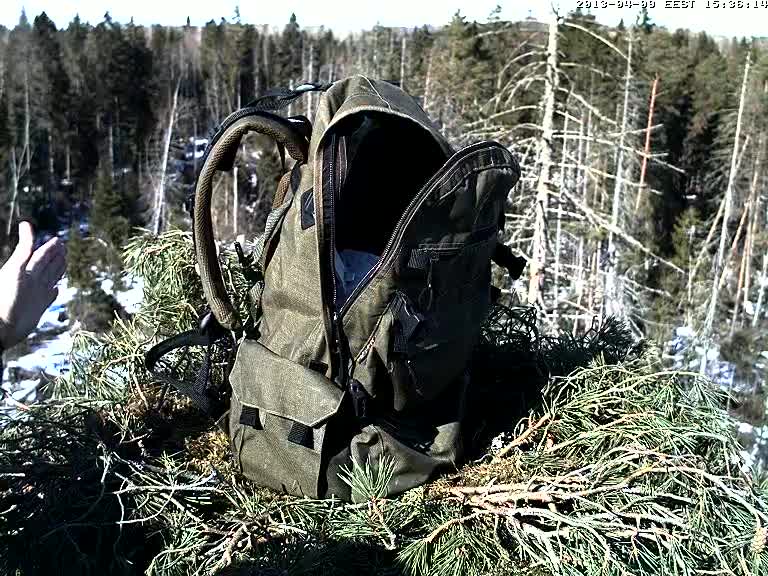 Hello, Blackberry.
Welcome to the forum

Can somebody have a look?
Who is sitting on Ilmar's nest???
(I'm sorry, I can't upload photos, my upload-speed is just a disaster).
One planet meets another. Planet 1 says to Planet 2, “Hey you look terrible”. Planet 2 says, “Yes I know. I have Homo Sapiens.” Planet 1 says, “Don’t worry. I had that too and it will soon disappear.
Top

Eden wrote:Can somebody have a look?
Who is sitting on Ilmar's nest???
(I'm sorry, I can't upload photos, my upload-speed is just a disaster).

It really is a cosy nest

Something scared him and he took off -in the video one can see his rings for a moment!

Nature does nothing in vain (Aristoteles)
Top
Locked
8065 posts