where is Sartas
have not seen for a long time

she sleeps and looks from time to time by Sartas?
Top 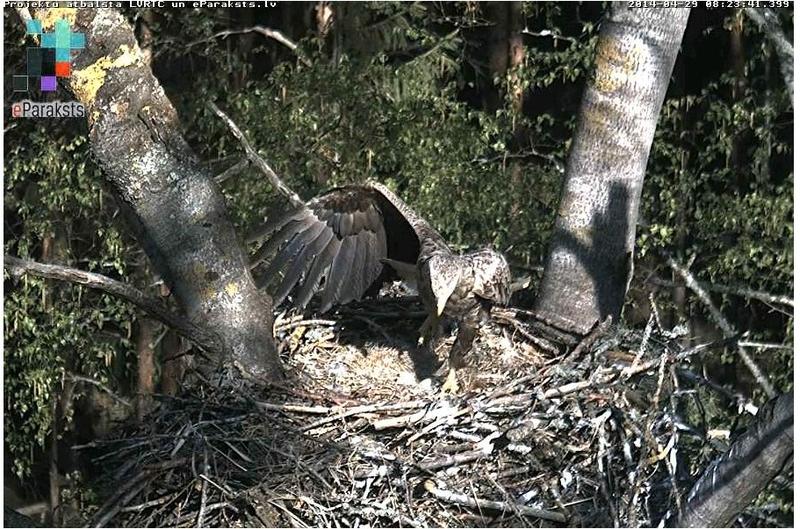 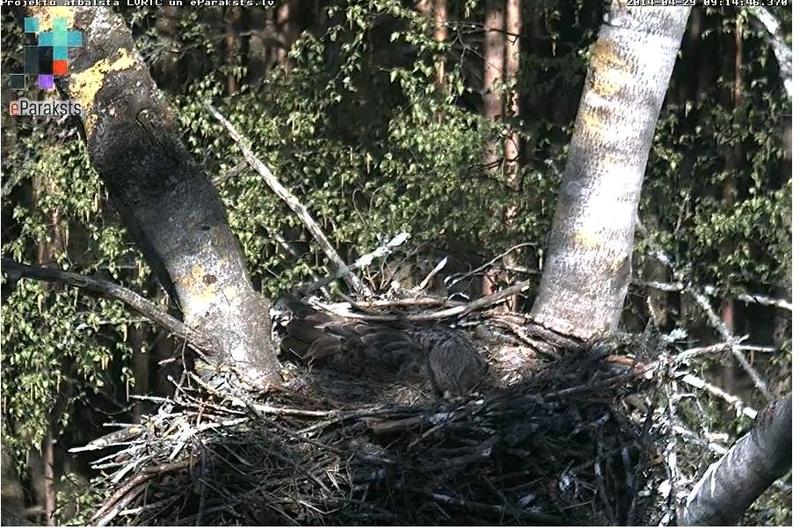 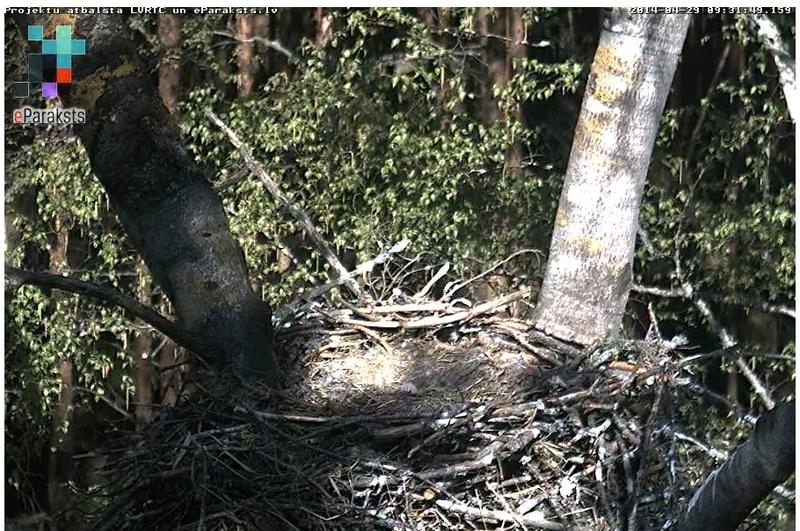 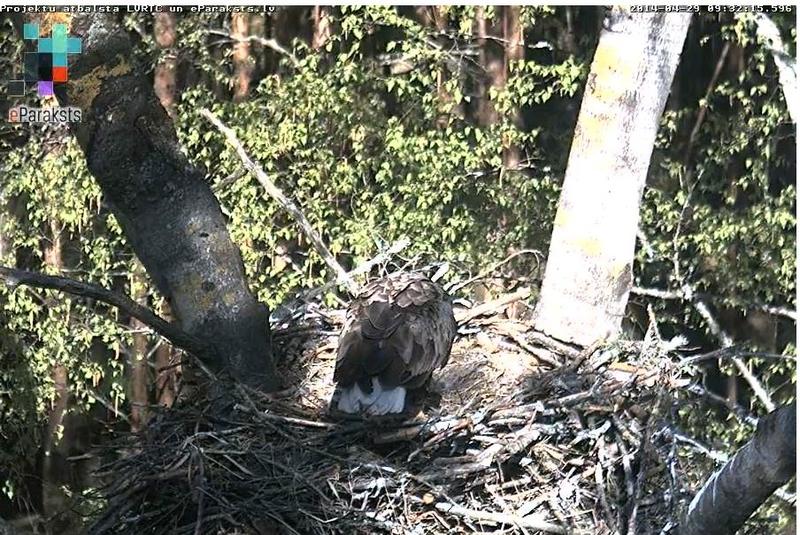 I'm not sure who is now in the nest

this looks like Sartas' tail but i'm not sure if it him. he is drowzy...

today is day 36/38.
i think we'll have to wait two more days before the first chick will hatch. tomorrow we shall perhaps be able to hear egg-talk. hopefully there will be not much wind so that we'll hear it.

-but unfortunately there's a cold front moving from the North down to the Baltic countries, so i'm afraid it will even rain on Thursday. it has already become cloudy here and in the afternoon the rain will start on the South coast of Finland. :(
Top

It is Sartas - I saw the ring

Ame, the weather also worries me

your pictures are beautiful
Top

then she stood on the side of the nest. i think she is hot again in that bright sunshine.
then she gave the eggs a rolling and remained standing for a while.

12:27 Lubana got up and went to the back rim of the nest. she ventilated her wings a little

and then she took off.

she is staying away for a loooong time again....

the sun has moved so that the eggs are in shadow now.

seconds later Lubana came from the left and landed on the nest.

she called a little and Sartas called then, too. now Lubana is on the eggs. phewww...
the reassuring thing here was that right after the crow's voice began the parent (i think i saw both!) came to the nest.

- drat, it seems that i didn't get their arrival on video, only Lubana's landing on the nest.
i'll look this event up in the Pontu video later and put that here.
edit: i've added the Pontu clip a few posts below.
Top

13:13 sound of big (?) wings on the right. Lubana calls a little to it, not even loud. she isn't worried or irritated. maybe a wood pidgeon? or Sartas?

edit: here's a Pontu clip of this fly-by. i still can't see what/who it could be.

preened a little on the side of the nest...

then she took off and flew to the back.

this time she wasn't away for a long time but returnes within a minute.

now she is safely back on the eggs.
EDIT: i saw the change but still i didn't see it!

Lubana went out but it was Sartas who came in, not Lubana! sometimes his rings shine in the sunshine so that they are difficult to see. they also fit so tightly around his ankles that they can't be easily seen in the silhoutte.

now i have pictures of the earlier episode when Lubana returned after her long absence from the nest. it appeared that there maybe was only she who returned though Sartas' voice can be heard, too, after Lubana was safely only on the nest.

after the crows voice began to grrr one eagle flew between the camera and the nest from right to left at 13:01:44. it's possible that this eagle landed on the left lower branch.

3 s later one eagle flew on the right side of the nest away from it. possibly it is the same as the earlier or as well it might be the other. it's impossible to say.

video is still being processed....
Top

here's the Pontu clip. it begins a little before the crow come near to grrrr........


to me it seems that at least one of the parents (Lubana) was perching somewhere near the nest all the time, or probably even both were nearby. It seems to me that first Lubana flew between the nest and the camera from right to left and landed on some branch there (there's a crashing sound). then it's likely that Sartas flew on the right side away from the nest (maybe after the crow?), because the starting point of this eagle seams to be different than the place where the first one flew. right after the eagle had flown to the back Lubana came to the nest. to me it seems that these two birds could not both be Lubana.

from early morning today i found these Pontu pictures of which i made a gif. they were taken at 6:19 - 6:27. i'm not quite sure yet who is at home but it seems to fall fast asleep with its beak buried in the nest materials.

each P-picture is shown for 1.5 s in the gif. then in the end the eagle has woken up or at least lifted its head up. it seems to be asking "what? who? where?"

15:15 Lubana preened again and then gave the eggs a thorough rolling.

in the end of the clip there a bird which i haven't heard before today in the forest: a lesser whitethroat (Sylvia curruca). after that voice a chiff-chaff (Phylloscopus collybita) is singing.


EDIT: i found out later from the Pontu pictures that it was Sartas in the nest at this time, not Lubana.
Top

has there been a change? these look like Sartas' tailmarks..?

here's a Pontu clip of the change.

they are sensitive to crow's grrr's now! as soon as a crow started to grrr in the forest (and not even very close) Lubana landed on the nest to protect Sartas and the eggs. (yes, it was him on the nest duty).