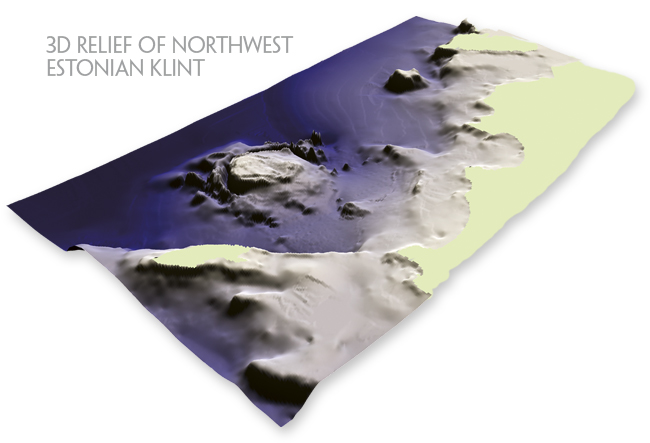 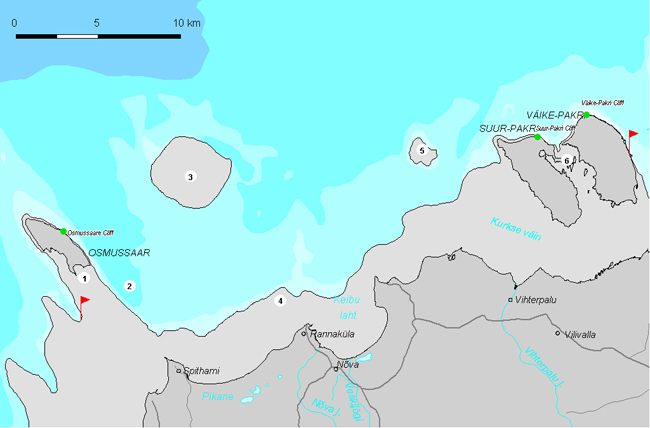 Northwest Estonian Klint is an about 50-km-long klint section between Osmussaar Island and Paldiski Klint Bay. It is the westernmost section of the North Estonian Klint. The klint section is specific in its island structure: the upper parts of klint peninsulas rise above the water here, forming islands. 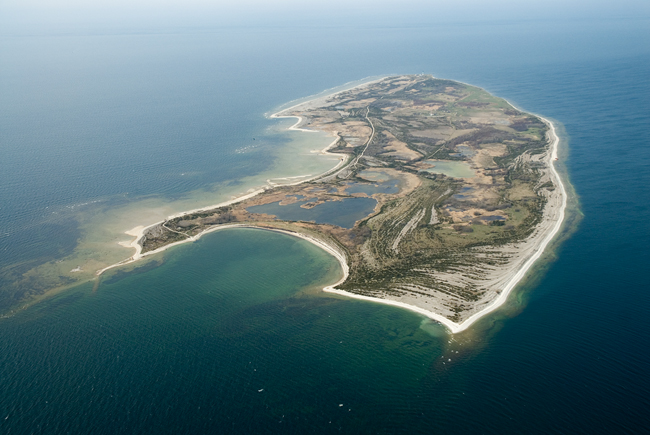 1. Osmussaar Klint Peninsula is a mostly underwater ridge (up to 12 m bsl at northwest of Cape Põõsaspea) protruding up to 15 km long and 2–3 km wide northwestward from the North Estonian Limestone Plateau, with only Osmussaar Island rising above the sea level (by 8 m).
The Swedish name for Osmussaar, Odensholm, translates as “Odin’s grave”.

Osmussaar Island is edged in the north for nearly 5 km by an up to 6-m-high escarpment of Ordovician limestones. On the northeastern coast of Osmussaar, in an up to 1.5-m-thick jointed limestone complex at the foot of the klint, one can see veins and bodies of Osmussaar breccia (a breccia-like limy sandstone formed as a consequence of a catastrophic earthquake 475 million years ago). The island is located on the line of a circular fault surrounding the Neugrund Meteorite Crater, whose centre lies ca 9 km northeast of the island. Numerous Neugrund breccia boulders are found in the central and southern parts of Osmussaar. 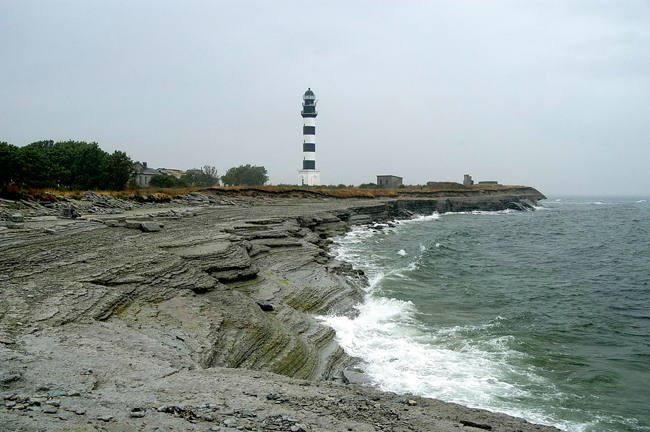 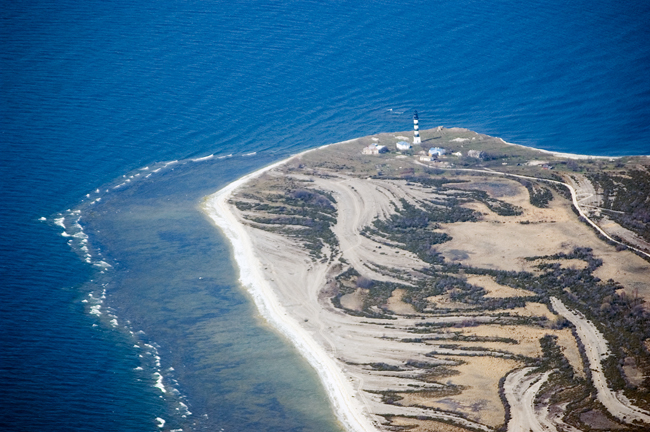 2. Osmussaar Klint Bay extends up to 12 km southeast along the escarpments bordering the northeast coast of the island, separating the Osmussaar Klint Peninsula from the Neugrund Meteorite Crater. The klint bay is up to 80 m deep at mouth. Several giant erratic boulders of Neugrund breccia have been found with a sidescan sonar at the depth of 50–70 m at the bottom of Osmussaar Klint Bay. 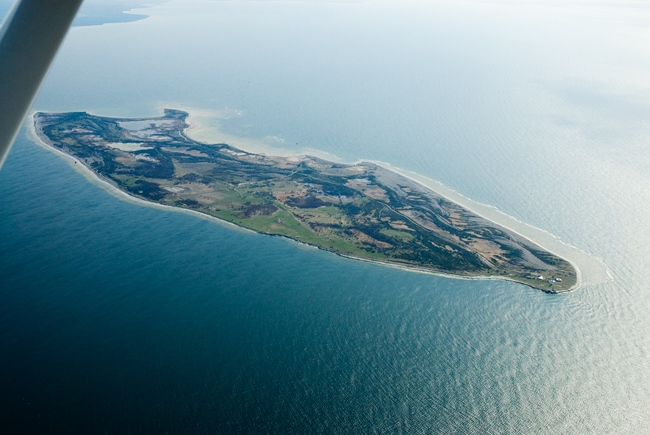 Osmussaar Depression or Klint Bay is situated east of the island.

3. Neugrund Klint Island, whose centre lies app. 9 km northeast of Osmussaar, represents in fact a 5.5-km-diameter circular limestone plateau. The nearly 20-km-diameter Neugrund Meteorite Crater was formed about 535 million years ago in the Early Cambrian by the impact of an over 1-km-diameter asteroid falling into 100–200 m deep sea. The resulting crater soon became buried under sand and clay, which it remained for nearly 530 million years, i.e. until the erosional escarpment shaping the Baltic Klint reached the buried meteorite crater.

The depth of water above the 5.5-km-diameter Central Plateau is 1–15 m and in its surroundings – 40–80 m. The klint island is surrounded in an arc shape by a 20–60-m-deep and 200–400-m-wide Circular Canyon, whose southern and southwestern parts are mostly buried under late- and postglacial deposits (clay and mud). Outside the circular canyon lies the Circular Ridge, 20–50 m high and up to 3 km wide, consisting as if of three separate ridges of crystalline rocks. A dislocation Zone, i.e. an area where the pre-impact target rocks are strongly deformed (pushed onto one another in huge blocks and pressed into folds), runs outside the Circular Ridge, 6–11 km off the centre. A circular Fault separating the area of strongly deformed rocks from an area of normal bedding runs about 10 km off the centre. 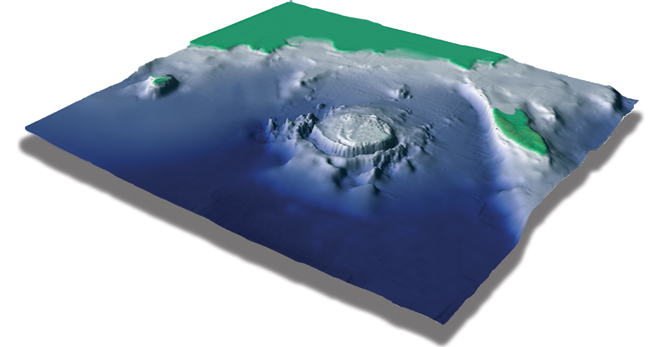 Neugrund Klint Island in the topography of sea bottom. 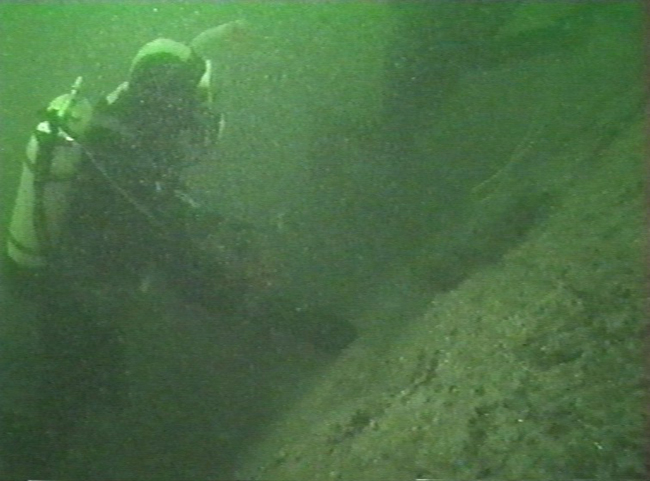 A diver above the rim wall of submarine meteorite crater.

The klint island with 0–5 m of water on its top rises sharply from the up to 50-m-deep sea bottom. The island is bordered in the north by a 10–15-m-high escarpment. On top of the klint island there is a small (app. 2 ha) island accumulated of limestone shingle – Krass Island, a nesting ground of seabirds and haul-out of seals. 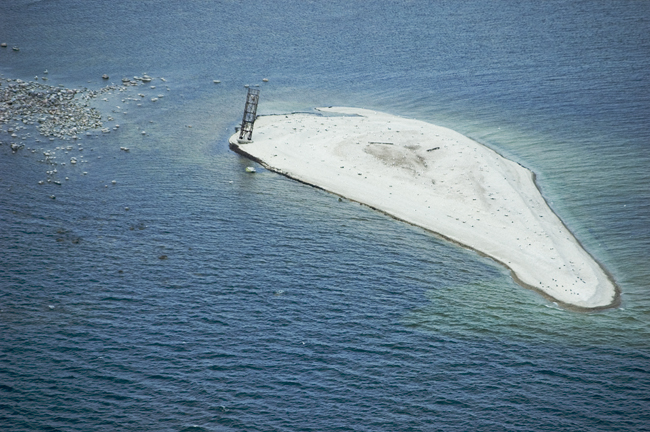 6. Klint Peninsula of Pakri islands constitutes a 10-km-long and 7-km-wide klint peninsula connecting the Pakri Islands. The Suur-Pakri and Väike-Pakri Klint Peninsulas are separated by a 1.5–2-km-wide and only 2–4-m-deep flat-bottom klint strait. Väike-Pakri (“Small-Pakri”) is both bigger (12.9 km2 vs 11.7 km2) and higher (14 m vs 6 m asl) than its namewise bigger twin island Suur-Pakri (“Big-Pakri”).

The northern part of Suur-Pakri Island is bordered for nearly 3 km with a 1–5-m-high escarpment of Öland type, i.e. of Ordovician limestone. The klint plateau on the island represents a limestone plateau covered with shingle ridges and moraine patches. 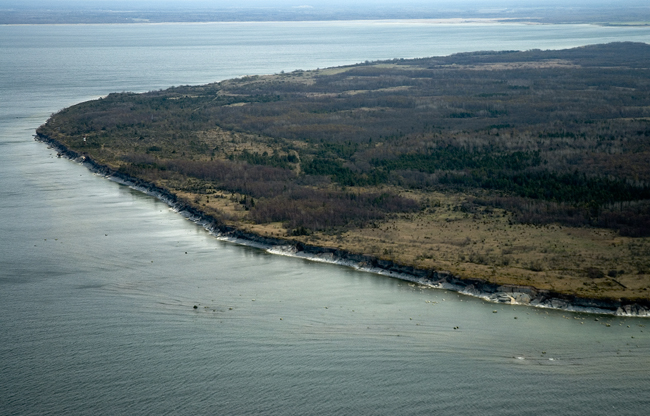