Forest is what adds expression to the foot of the North Estonian Klint. Forest spreads anywhere here where man and saw have not reached or where the talus is too steep and narrow. But even the walling rocks are not always clear of trees, as there always finds a specially persistent sapling of alder, rowan, birch or bird cherry that has found a suitable growth place just here.

A well-known forest researcher Theodor Lippmaa (1882–1943) was the first to differentiate klint forest as a separate plant geographical unit – forests of the sub-region of limestone coast (Estonia clivosa). A. Kalda (1958) named it “under-klint forest” and V. Masing (1992), in turn, “cliff forest”. In the classification of J. Paal (1997), it has found a modest place as the Lunaria-site type of the type group of fresh boreo-nemoral forests under the type class of dry and fresh forests. On the level of plant communities, Paal distinguishes also the honesty-elm community (Lunario-Ulmetum), honesty-ash community (Lunario-Fraxinetum) and honesty-alder community (Lunario-Alnetum glutinosae). Other species change but the indicator plant of klint forest – Perennial Honesty – remains.

Forest is plentiful in front of the North Estonian Klint in areas where the klint lies far off the sea but those forests that could deserve the name of klint forest are found only as a rather narrow strip (50–100 m on an average) at the foot of the high klint escarpment. The excessive lushness of broad-leaved forest, the head-high fern and honesty thickets, hops crawling on tree trunks like lianas, the heady flavour of moist decay, the clay-doughy soil of spring fens, myriades of mosquitos – there is something jungle-like in all of this.

Growth substratum of specific composition combined with a specific water regime and climatic conditions have created the preconditions for the development of klint forest – a plant community rather exceptional in northern conditions. Klint forests grow on Dictyonema shale, Obolus sandstone (phosphorite) and Cambrian sandstone and blue clay rich in micro- and macro-elements favourable for plant growth. The narrow strip of land between a high klint escarpment and the sea has also some specific climatic features that differ significantly from those on the limestone plateau and on the sea. Raised humidity, smaller temperature deviations, shelteredness from winds – all this is part of the microclimate of klint forest. Klint forest is rooted in water – this is the main specificity of its water regime. Groundwater is trickling out from above the clayey strata at the foot of the Cambrian-Ordovician escarpment and the blue clay at the foot of the escarpment prevents water from soaking into the soil. The presence of water is reflected in the ice curtain covering the escarpments in winter and in squeltchy footing in summer, while in spring water suffices for every rock fissure.

Klint forest is one of the oldest-growth types of forest in Estonia, as the complicated access and unfavourable species composition (broadleaved trees) have not allowed the development of commercial forestry in this area. The dominating tree species here are grey and black alder, aspen, elm, ash, lime, maple, birch, willow, less often oak. Conifers (mainly spruce) are very rare. Where pine appears in a klint forest, the forest is no longer a pure klint forest but something transitional. Being a pristine and one of the best preserved ecosystems and relatively untouched by human impact, klint forest provides plenty of subjects worth investigating.

Klint forest occurs mostly in the West and East Viru klint sections and, to a smaller extent, in the West and East Harju klint sections. It seems that the species composition of tree layer in klint forest is determined mostly by the water regime, which in turn depends largely on the type of bedrock. In areas with a clayey klint foot, the tree layer is dominated by grey and black alder, white willow and aspen (Lunario-Alnetum glutinosae community). Where the klint is footed on sandstone, the dominating tree species are elm (Lunario-Ulmetum), ash (Lunario-Fraxinetum), aspen and birch. There exist also klint forests dominated by maple (Ülgase), oak (Lontova) or lime (Mereküla). 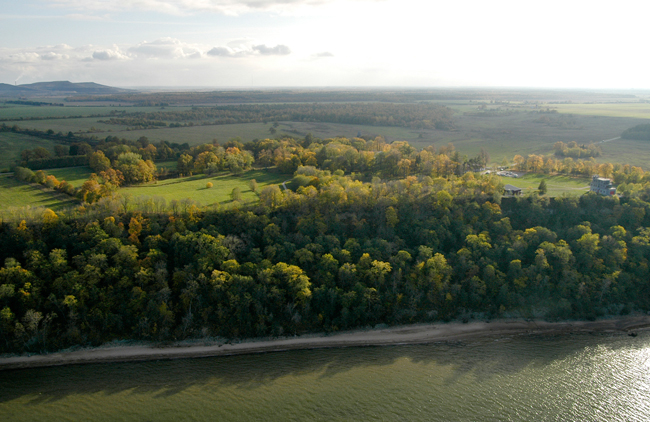 Klint forest at the foot of Saka Cliff. 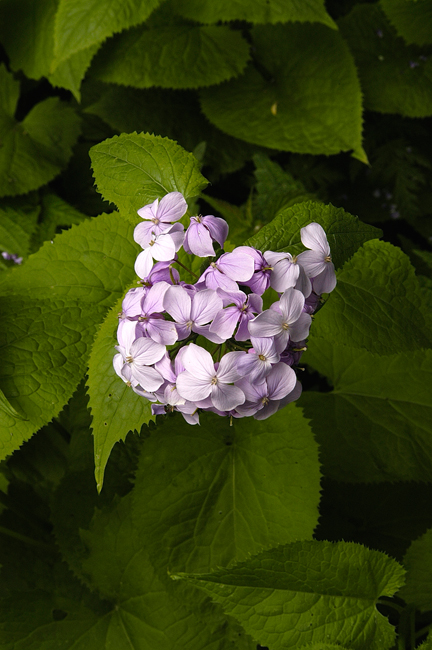 Perennial Honesty is a characteristic plant in klint forest. 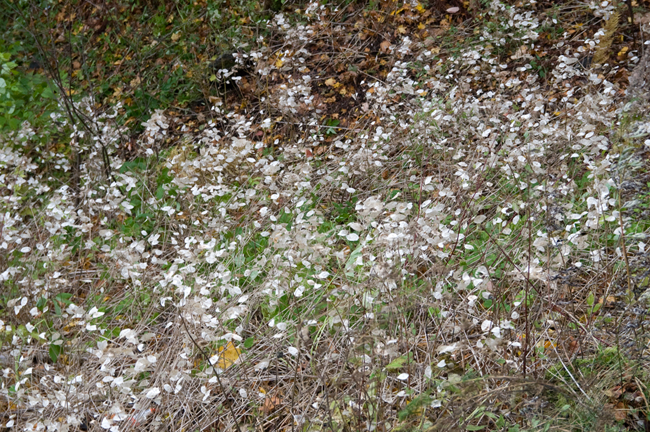 Klint Plateau and alvars
Just like klint forest belongs inseparably with the foot of klint scarps, alvars belong with the klint plateau. Alvar is an area of low but species-rich xero- and calciphilous vegetation on a limestone plateau covered with a thin (less than 0.5 m) layer of earth or gravel. Alvars are differentiated into three types on the basis of their vegetation: 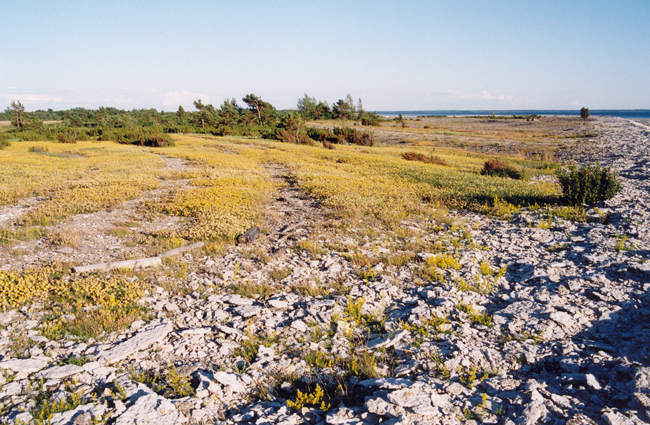 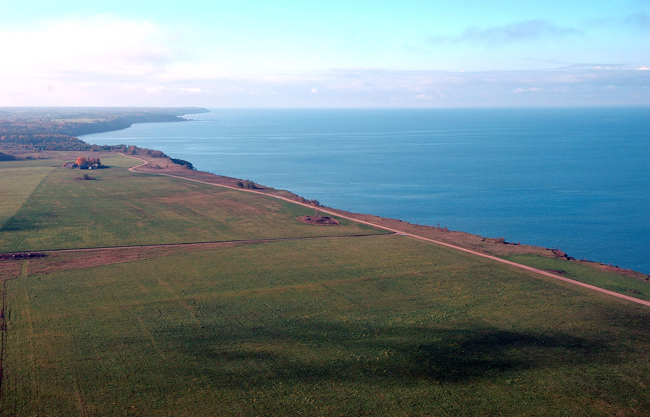 3. Alvar forest is usually a low and slow-growing spruce or pine mixed forest. In addition to spruce and pine, it may contain also birch, ash, elm and in places even oak. The bush layer is dominated by hazel, rowan and dog rose. Alvar forest is a primary and natural plant community, while the other types of alvar have been shaped by human impact. Alvar forests are found in smaller expanses across the entire North Estonian Klint Plateau. 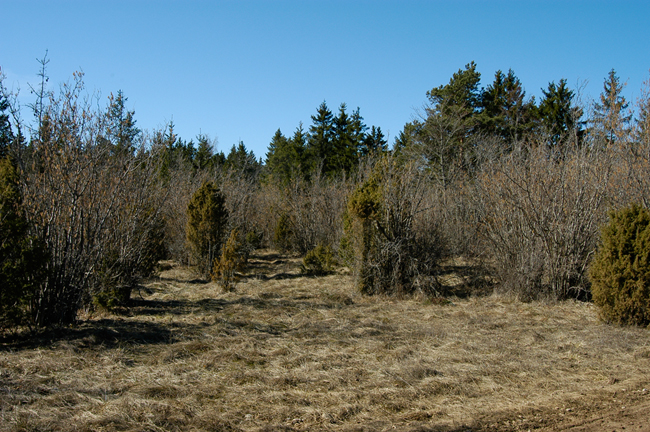