Wow! That's a side of Virsis we haven't seen before.. Big man! 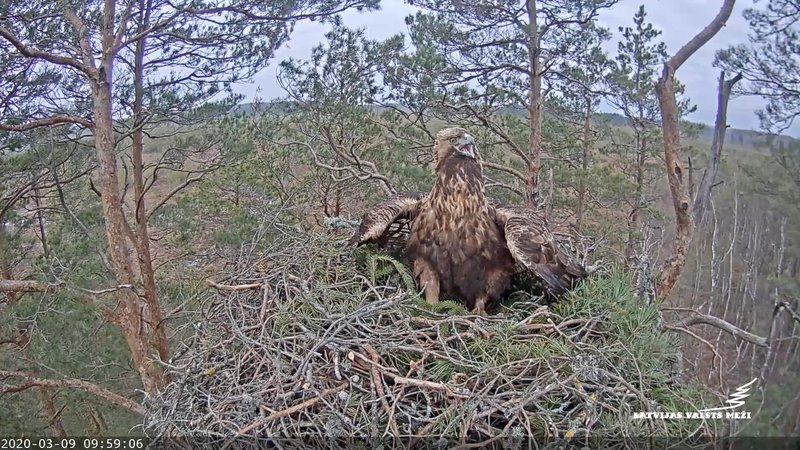 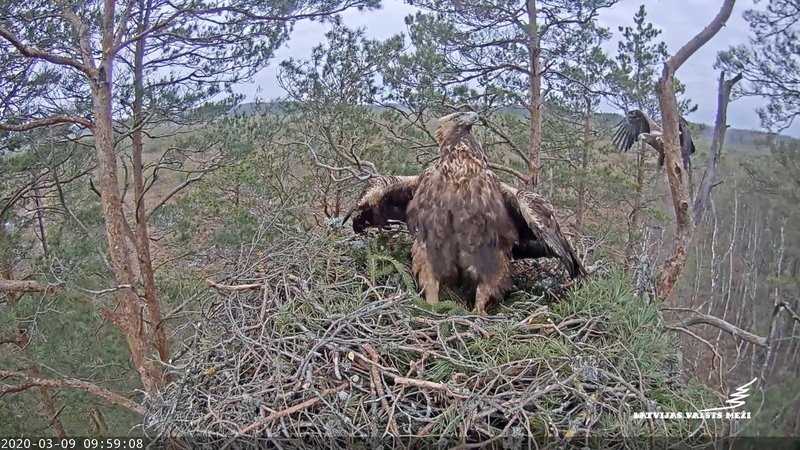 martinmiethke wrote: ↑March 4th, 2020, 2:11 pm This is a very puzzling call. I don’t think ist’s a Pygmy Owl because of the very high pitched second part of each call. But I do either not know what it could be

You're right. It's not a pygmy owl.
Top

By Uģis Bergmanis » 10 Mar 2020 00:15
Good evening, Watchers! Today, the Virsis and Spilve's nest were busy. Virsis is admirable - how brave and thoughtless he attacked and banished the slightly larger eagle. About laying eggs - nothing is missed. I have had only one case since the 1980s when a golden eagle nest has been without egg.

It was in 2005, when on March 19, one egg was in the nest, but the date of laying is unknown. In turn, Gunnar Sein, an Estonian golden eagle researcher, wrote to me in 2017: So, the first egg is laid between March 8 and April 5, most often the first egg is laid around March 21. So that everything is still possible, with even greater probability around March 20th than it is now. About Spilve - Spilve is known to be about 5 years old, has definitely reached sexual maturity, and it is safe to say that Spilve has not yet nested. Because last year Spilve didn't breed (4 years) and two years ago she was new to breeding (3 years). As a result, Spilve does not really know how to build a nest and how to prepare for nesting. It is very likely that the egg is forming, and until the time has come for laying, Spilve is feeding and gaining strength. When the time comes, the egg will dock for a moment. Will it be this year? Let's hope. Virsis, on the other hand, is an experienced bird, seen in behavior and how hard Virsis builds, looks after and protects the nest. Let's hope for success. 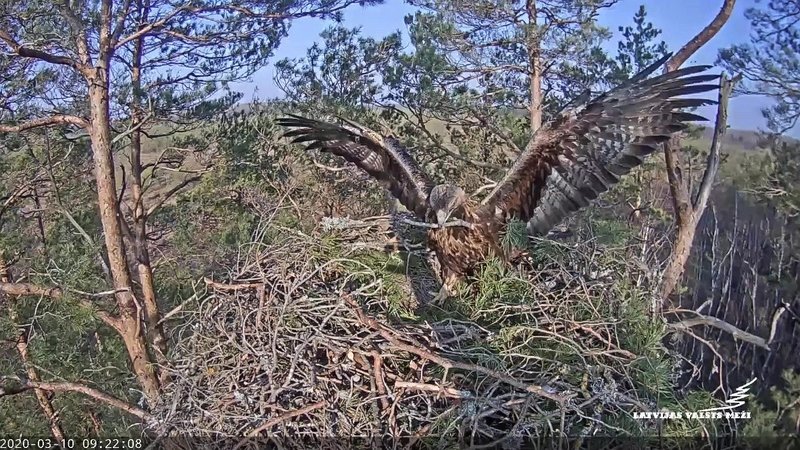 and off he flies 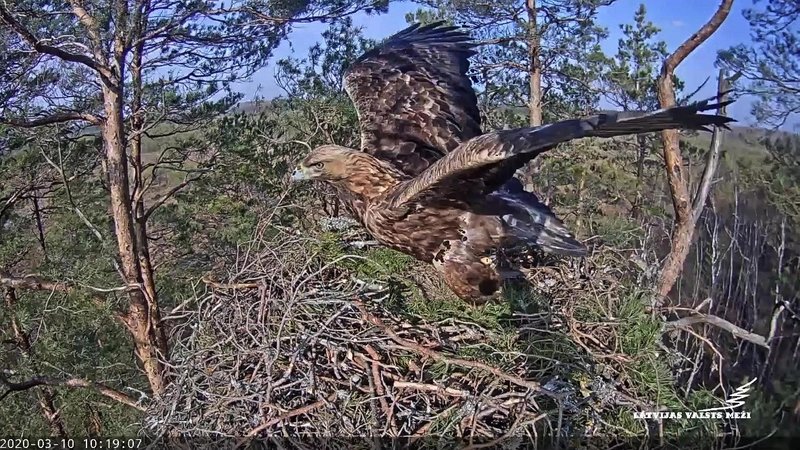 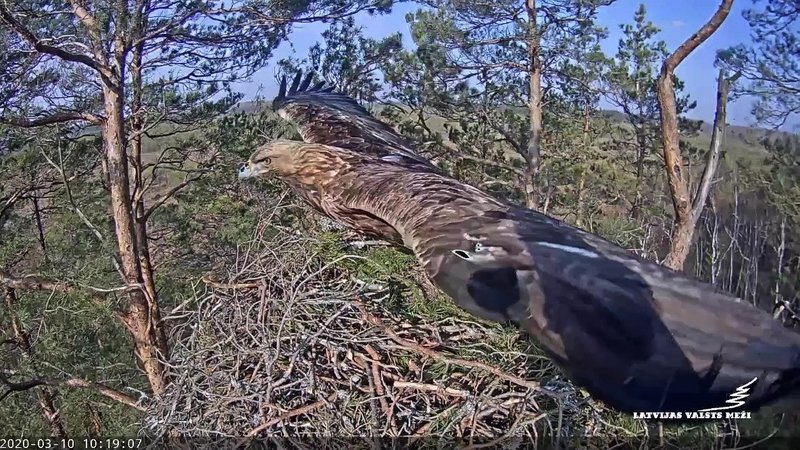 They are together again in the nest! 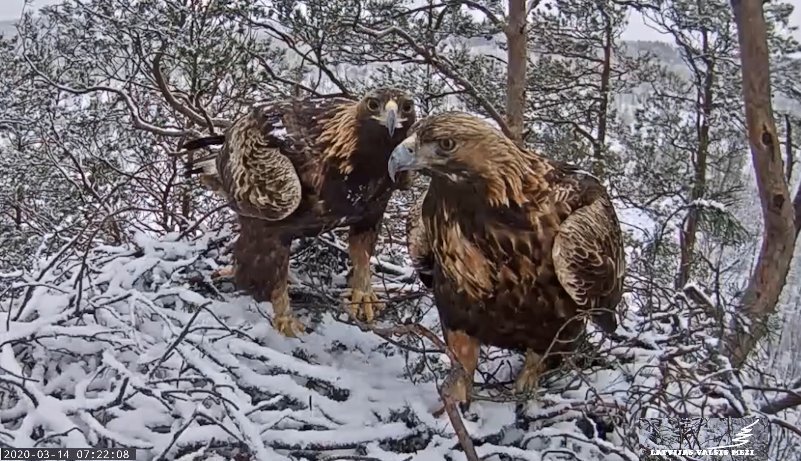 What a beautiful pair!

I hope we will see the first egg soon.,

today it could be

Good news! Soon there will be a Latvian Golden Eagle Forum!

As more inmformation about these birds and their history becmes available it will be posted there.

GT
The nest is located in the black kite nesting area, which has been known since 2011. Previously, the birds nested in another nest, but this one, built on old birch, was found in 2017. Both in the year of its discovery and in the following two years, the black kite successfully nested in this nest.

As is typical of black kite, the nest is richly decorated with man-made "decorations" - films, rags and pieces of rope, and pieces of plastic film have also fallen to the ground under the nest.

The live system at the nest was built at the end of March, the first bird appeared in the nest on the afternoon of April 6.

The camera system was built by Jānis Ķuze and Jānis Rudzītis, with the participation of Pēteris Daknis, Aleksejs Šarīpins and Renāte Kviese. Thanks to Aigars Kalvans for information about the history of the nest population.
Top 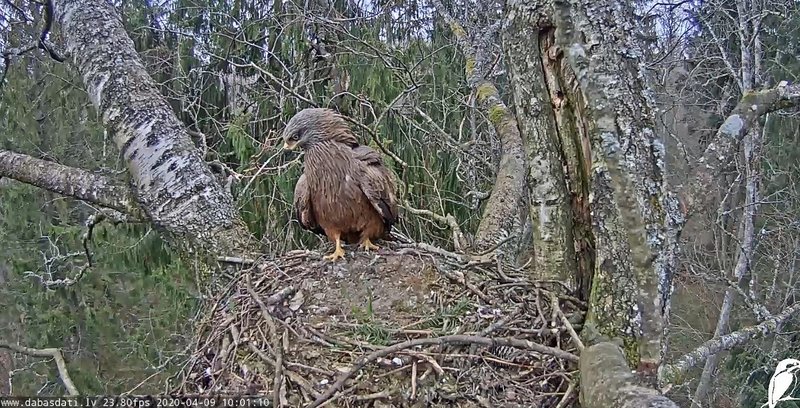 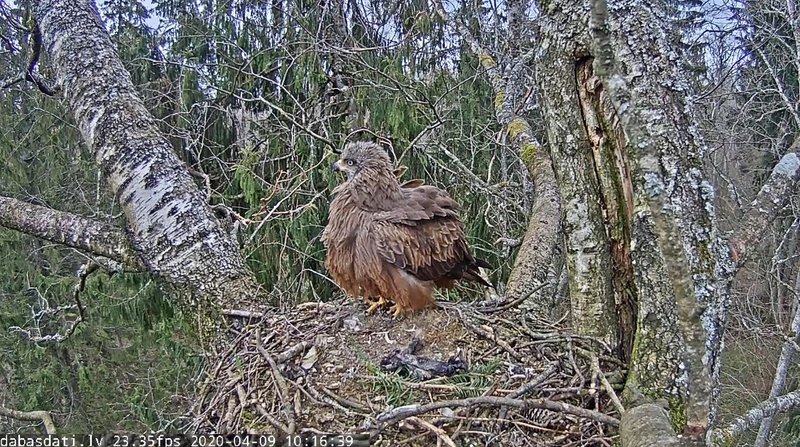 I watch them in the wild. They breed not far from my home. 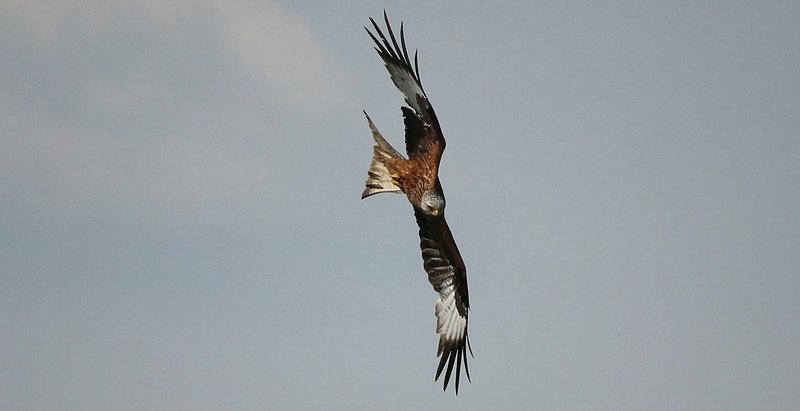 Behind the nest is her pantry for food 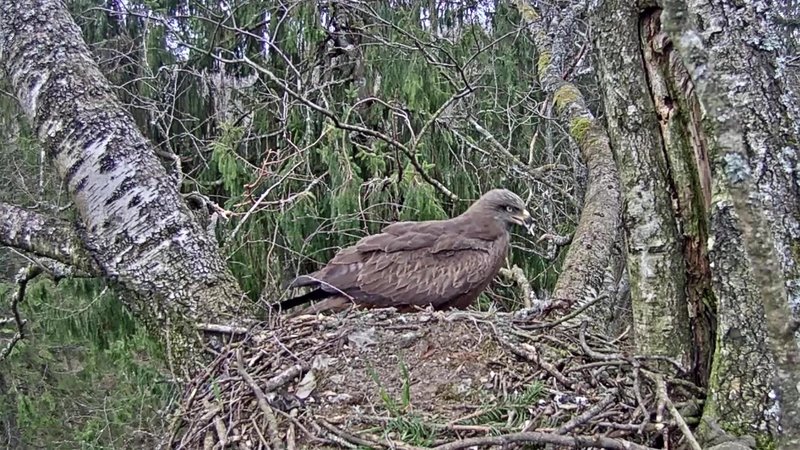 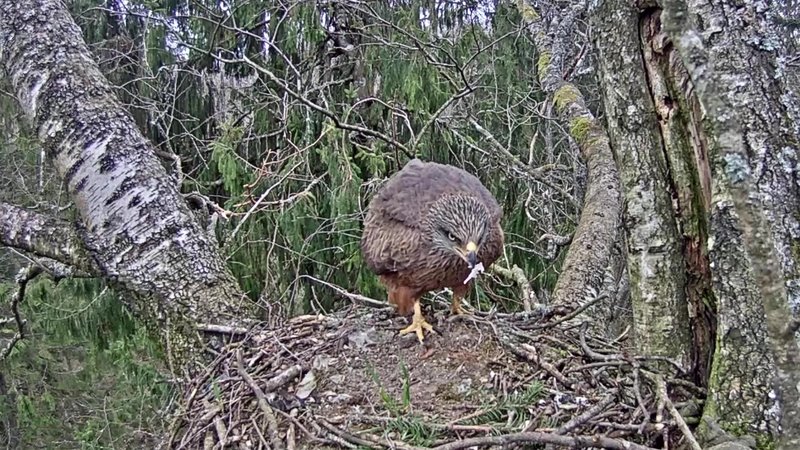 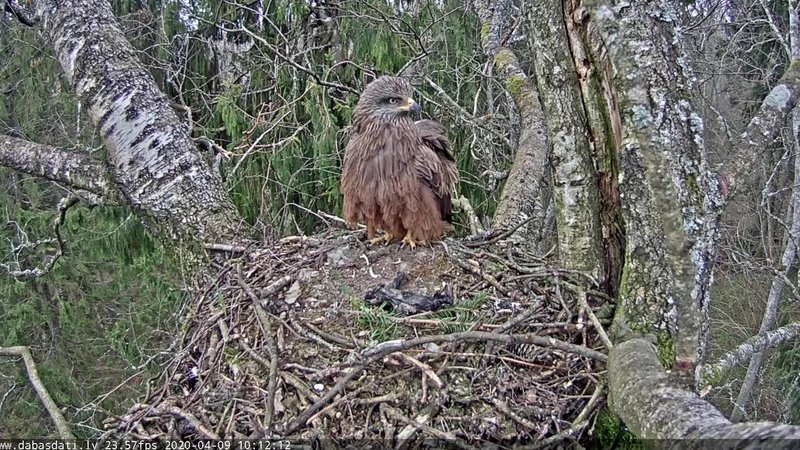 There seems to be a pantry for human waste in front of the nest. there she got this black rag and put it in the nest

Thanks for posting about this camera Liz! Very charming bird

Return to “Other Wildlife Cameras in Latvia”