A couple of whistling calls around 23:33:40. And a couple of replies from a woodcock.
Things are rather quiet tonight, aren't they?

In contrast to tonight, there was a fair amount of nightjar-made noises last night, especially after 23:26. First, though, cranes could be heard calling at around 23:20. Then came a woodcock's reply at 23:21:30. The first reaction from a nightjar came in the shape of some wing clapping at 23:26:45. Some 25 seconds later, the first proper churring call rang out.

Calls of all types (churring, broken engine, whistling) were exchanged and wings were clapped a few times until rain arrived around midnight. Occasionally, one nightjar's churr was punctuated by another's whistles.

Although some of those noises were made quite close to the camera microphone (e.g. whistling and churring just past 23:36:40), no nightjars ventured into camera view, at least before midnight.

And as my hopes of getting one more live glimpse of the nightjar pack (in fact, just one would do) continue to grow ever fainter, I have opted to rewind to an incident from the young nightjars' chickhood which grabbed my attention a fortnight or so ago. My interest in the scene was in fact spurred by a video, contributed by aita, of a similar incident that had taken place five days earlier, and by HD Jackson's remarks on the sanitation habits (or absence thereof) of the Fiery-necked Nightjar (see: HD Jackson, Fiery-necked Nightjar Caprimulgus pectoralis development and behaviour from hatching to fledging, including attendant parental care, Bulletin of the British Ornithologists’ Club, 137(4): 292-311, in particular pp. 297-299).

Anyway, here is the video:


And here's a description of the events in the clip:
In this clip, the nightjar chicks are almost exactly a week old. Here they take turns to go to the loo, sticking to a rigid procedure of stretch - emerge - discharge - solicit - hide.
First, at 0:08 the chick nestled under the mother's right wing extends its own wing from beneath the parent. The chick then sticks its head out before fully emerging in front of mom. The chick rocks for a few seconds, turns around, climbs backwards onto the branch lying to mom's right and evacuates its bowels. Next, it takes a couple of steps back and tries to grab mom's beak in an attempt to solicit food - to no avail (perhaps obviously as the local time is 21:49). As soon as the chick has crawled back underneath the parent (0:38), its sibling embarks on the same routine of its own. There are just a couple of differences in the execution: an additional bit of wing-stretching after the chick has crawled back underneath mom and its brief re-emergence during which the chick seems to conduct a "visual inspection" of the sibling's dropping. The loo visits are well and truly over at 1:30. (Unfortunately, my video editor seems to have played an unwelcome trick, speeding up the three-second sequence in which the second chick deposits its dropping and runs back to grasp mom's beak. This resultant slapstick effect distorts the reality a tiny bit.)

You might be interested to compare this video to the clip made available at https://www.youtube.com/watch?v=-rGkdnyFGcA by aita3331.

HD Jackson makes the following observation relating to the sanitation practices of the Fiery-necked Nightjar, a congener of the European Nightjar: "On day 4 ... one of the chicks reversed out from under the female at 14.25 h, backed away a few paces, elevated its posterior and deposited a dropping, a dark brown coil with a white centre, 4 cm from the adult, then scuttled back underneath." The resemblance is nothing shy of striking. Jackson further observes that adults most likely evacuated their bowels while staying in the nest: "Occasionally there was a much larger dropping in the nest, clearly from an adult, so it was clear that the adults practised little or no nest sanitation." Nor did the adult fiery-necked nightjars observed by the ornithologist remove their own or their chicks' droppings from the nesting area, outsourcing this task to ants. Were the latter true of European nightjars, it could account nicely for the complete lack of culinary interest in ants, as well as in Geotrupidae beetles (as e.g. tonsmit chanced to observe on 7 July), exhibited by the bird-of-the-year family we have been able to follow live.

So my question to anyone patient enough to have reached this paragraph is: have you witnessed the adult nightjars deposit or remove their droppings from the nesting area, or have you observed ants or any other insects do the cleaning chores for the nightjars? I'll keep searching myself, but if you already have the answers, could you drop (pun intended) me a hint?

PS Watching osprets poo, I keep asking myself how on earth those chicks, even in the first hours after they are hatched, always have the sense to position themselves so as to never ever hit their siblings or parents... That's just genius.
Top

Marbzy
I don't have made such observations. But because of their special behaviour it is to be expected that they rather rarely "must".
Other songbirds have due to their flee reflex and the correspondingly hectic lifestyle a high metabolism. With frequent meals and correspondingly frequent emptyings.
Nightjars don't have that reflex, due to their camouflage. Furthermore they can eat larger quantities at once, only a few times per day (night).
Top 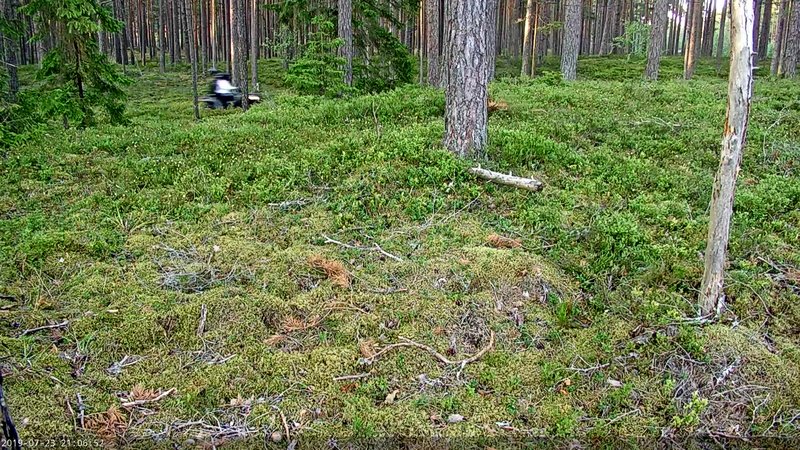 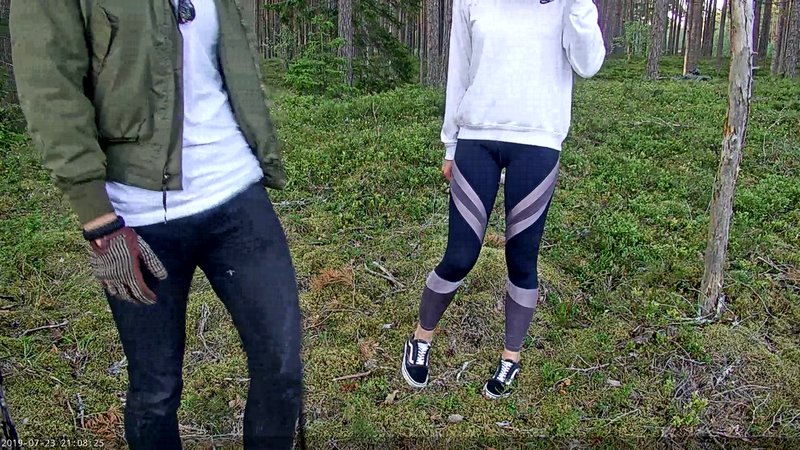 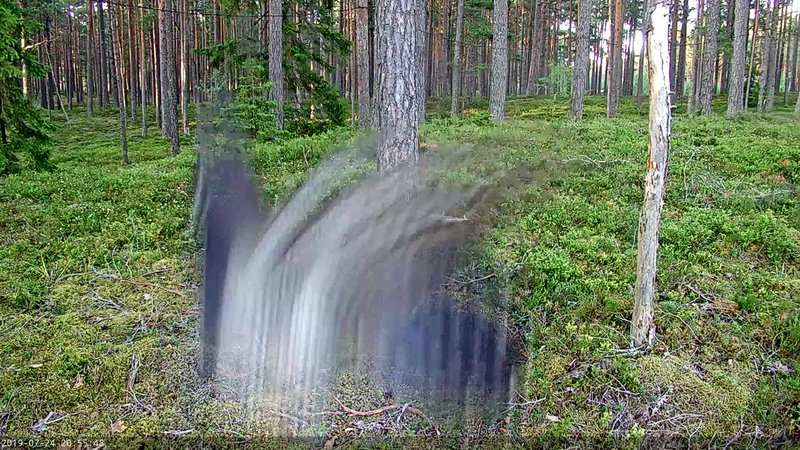 Nightjar chicks have grown up and we haven't seen them for a while now. I guess it's time to wrap up the season, even though we'll keep the camera running.

Thank you all for watching and commenting the nightjar camera!

Thank you all for the observations, and thank you for zooming, it was great to see all of this.
It was a good season.

Maybe till next year ?

We will see... Next year the Estonian Bird of the Year will be the Great crested grebe (Podiceps cristatus)
Top

Triin
I think that's also interesting, especially with the sounds of the environment.

Many thanks to the webcam specialists. You have done a great job..!
Wouldn't a woodcock (Scolopax rusticola) be interesting to observe with a webcam during the nesting period?
Top

Thank you for a rare opportunity to observe nightjars. Many a lesson has been learnt!

PS Scolopax rusticola certainly has my vote as a prospective aasta lind.
Top

Thanks a lot for this video-diary, Triin, it's really excellent. And many thanks again to you and the others who made this whole thing happen. It was truly special.

(Podiceps cristatus is one of my very favorite birds, and one I used to see just about every day. So if next year's plans work out, I'll be delighted.)
Avatar: Pomatorhinus musicus
Top