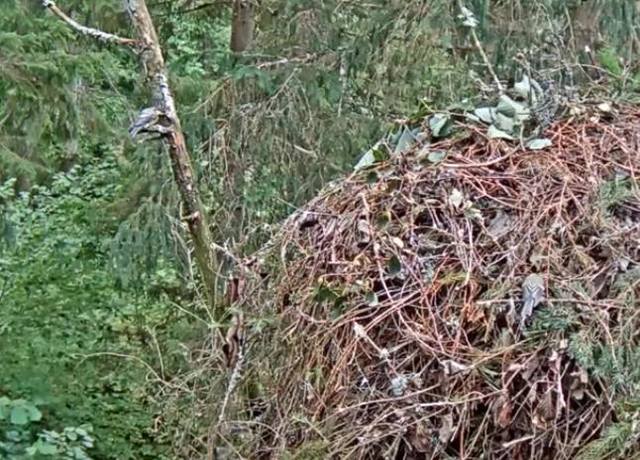 i lost transmission after 10. and did not realize

i watch it by http://tv.eenet.ee/hls/konnakotkas.m3u8 and there are many stripes showing up pixels in the middle of the image. sometimes every minute, without bad weather.
Top

finally action again in the nest

yes, we had rain and sunshine in between... but at

15.59 tönn brought a mole, then calling. answer took a little while. several times he shows the prey.
16.06 tönn flew to the left, where before we heard the chick in the last days. he took the prey with him.
16.08 tönn jumps back into the nest. restarts calling.
16.09 voice of chick comes closer (probably one tree 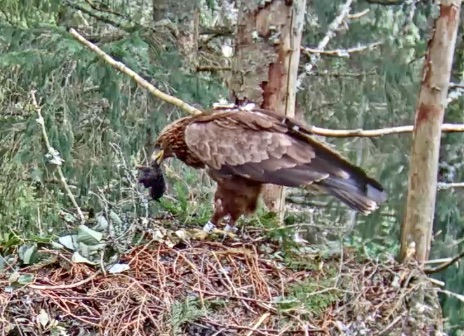 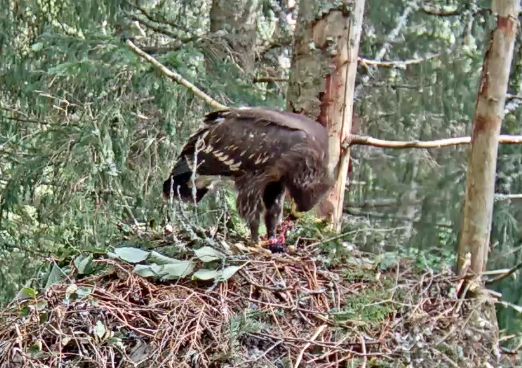 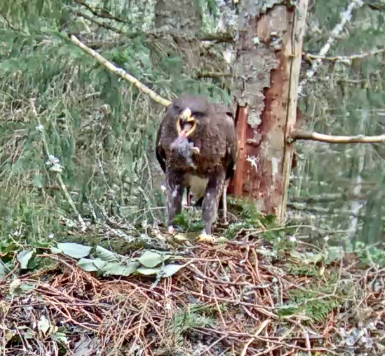 16:40 Tuule flew away again! He is quite an adult, it is very nice to see him after a long absence! 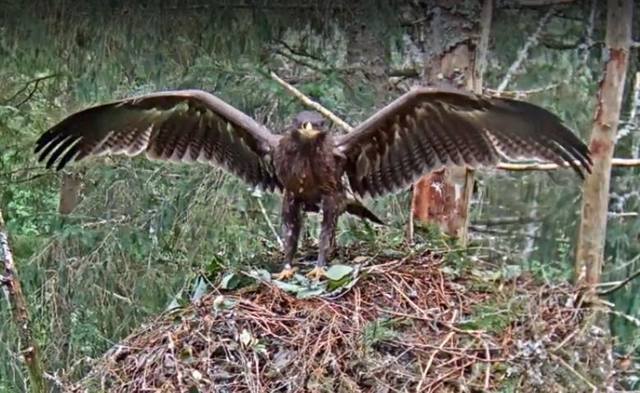 , thank you for the pictures and comments

Hellem, you seem to be the one who sees the

have all a great day!
Top

10.40 - Tõnn arrives with a vole, Tuule sounds in the forest 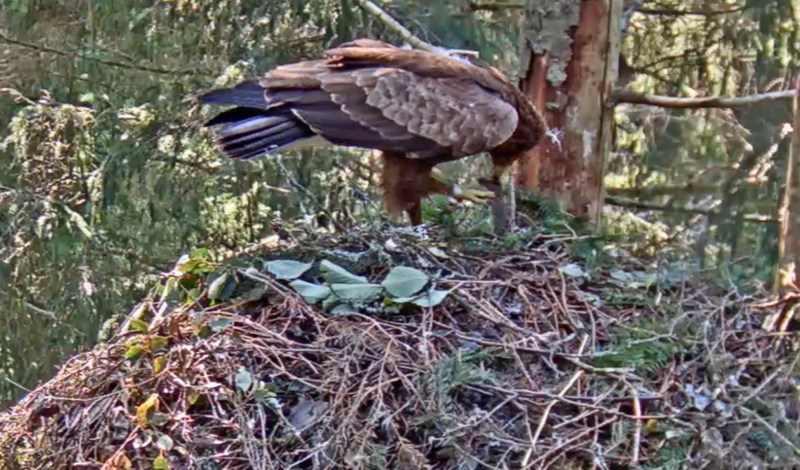 10.42 - Tõnn took the vole, flew a bit further (you can see him sitting on the treetop in upper left corner)
https://streamable.com/vjlkz
Then he returned to the nest still with the vole.
Top

10.44 - Tõnn left again with the vole. He is trying hard to get Tuule back to the nest.

I ask you to excuse me for the wrong observation: Tõnn at 10.42 took a vole and flew to Tuule, and at 10.43 he returned to the nest with the same vole?

Moira, to my great regret, I can’t see your videos because I can’t connect to this site! 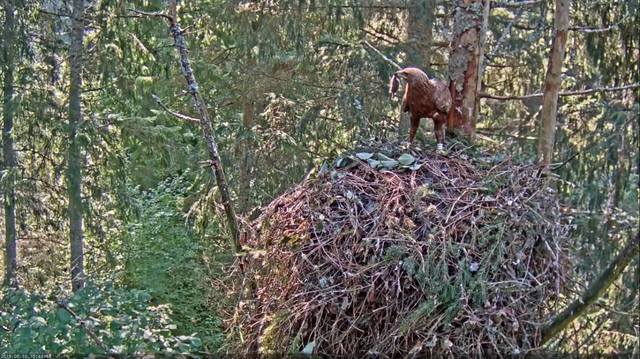 that's what i saw too

Moira, thank you very much, but I mean not only the last video: for some reason I can’t watch all your videos.

tatyana, maybe you once try to get only streamable.com an see, if you can reach it. can you get other sites in the usa?
Top
Post Reply
1956 posts