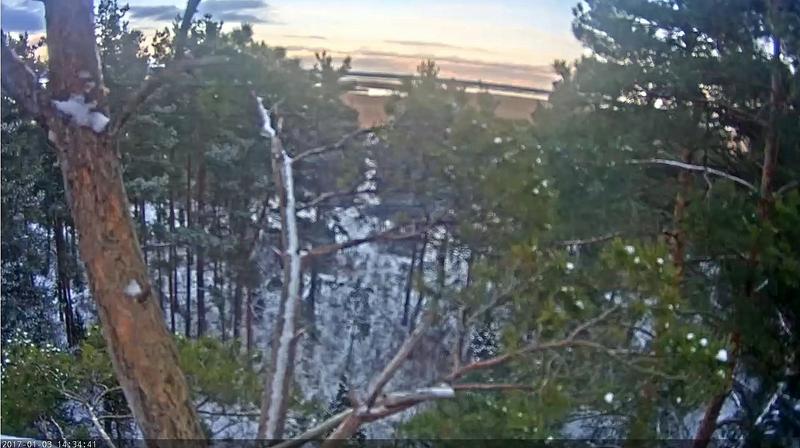 i hear an airplane
Top

15:22 eagles call and crows. They call for a long time. I think the crows annoy them?

First sings the Female, then the Male and then they sang together (Uku and Anna ?)

they are far but they talk a lot.
- Liz

the first calls came at 15:21. they were very faint first. the eagle was looking away from us. this sounded like a female. the first calls in the beginning are barely audible.

later both male and female sang. they were turning their heads around so sometimes the voice can be heard more easily and then it fainted to almost zero. first the voice sounded like an unhappy kaaa-kaaa-kaa...

i see that Liz already has a video of the latter voices but for some reason the sound volume in my clip is much louder than in hers.

so i'll leave my clip here, too.
Top

they are far but they talk a lot.
- Liz

15:28 i failed to hear this live, but Liz fortunately heard it. it was only a short call.

someone is hammering somewhere. is there a car backing up? i hear a beep - beep - beep....

Thank you ame, now everything is much clearer and understandable for me,
even if it isn't information that give hope for a happy ending (ie. the next season of the series with that WTE family)
Anyway, I will keep my finger crossed that supermen will find the new nest and will instal camera without disturbing eagles

it is very windy. The stream is not stable.
it's stormy 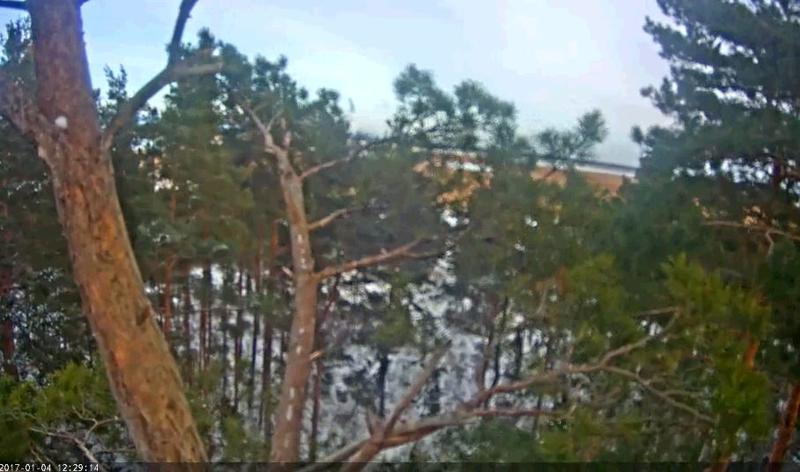 but it's sunny. that's why the camera has woken up.

in wind like this it would be impossible to hear such distant calls as we heard yesterday.
besides the stream is very unstable. the camera will not not run more than a minute in a row, not even that much.
maybe it is also because of the wind?
Top

the stream is more stable now but it didn't last more than one half minutes this time.
... that one and half minutes was an accident. it will not last nearly that long anymore.

the wind makes terrible noise on the microphone...

it's sunny and windy but not as windy as yesterday. the wind does not make continuous rattling noise on the microphone. the direction may also have changed.
i made pictures of the weather forecast.

the stream seems to be stable. it's been running for 15 min without any staggering.

Stream is working fine & stable for me with VLC-Player 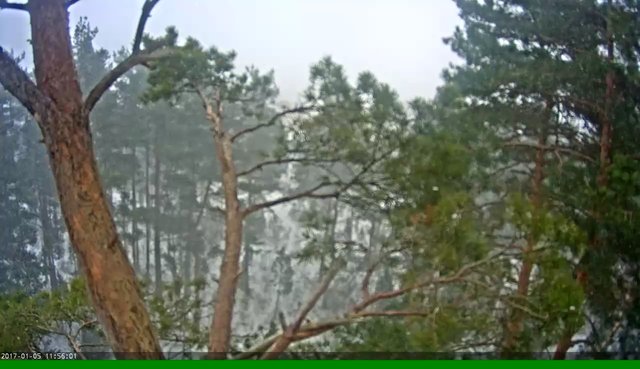 it has started to snow. the camera window is closing.

i have had unbroken stream for an hour and half.

now the wind seems to get stronger...

12:56 there was a break, right after i wrote that there had been no breaks.

cam still running but lens getting covered in snow the cam worked from 13:14 to 14:20 without breaks. then a break.
snow seems to be coming almost directly at the camera. the scenery is rather fuzzy. the horizon and the bay area in the background have vanished. 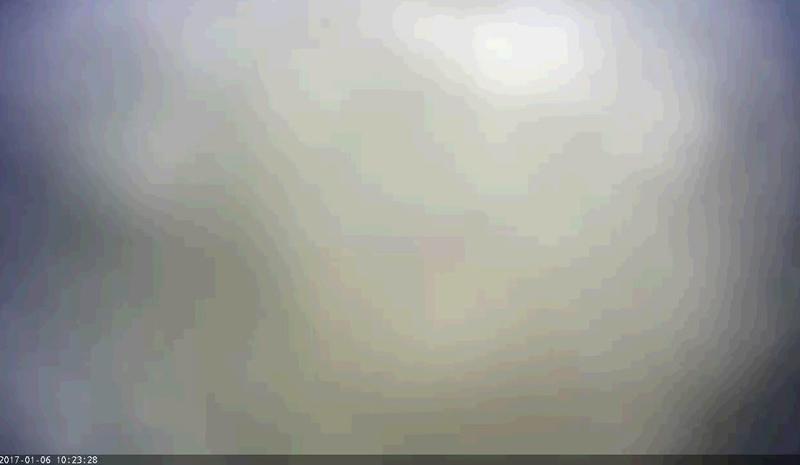 Where do you people see the cam o.o? I tried to replace the pontu.eenet hyljes into merikotkas but the stream does not work. I also tried the VLC player url and that also seem not to work :(.
Top

Laranjeiras and Liz have been lucky today as you have seen the snow. my camera hasn't shown me anything any time i tried it.