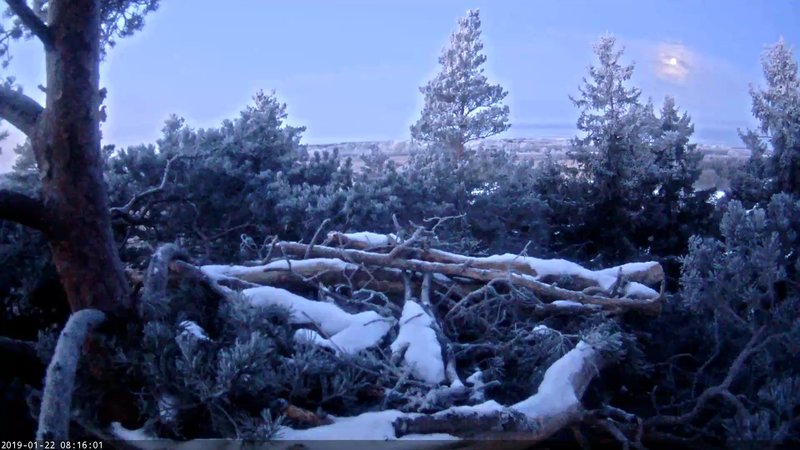 the video was unpublished, sorry.

it should be ok now.
Top 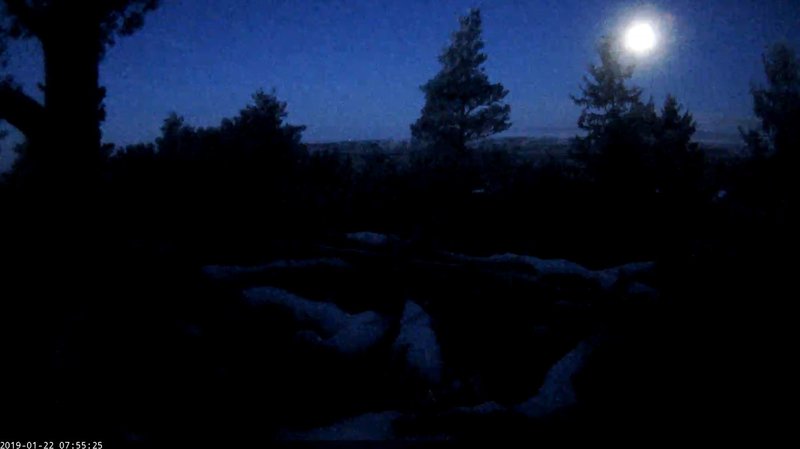 What a beautiful 'arctic' winter morning 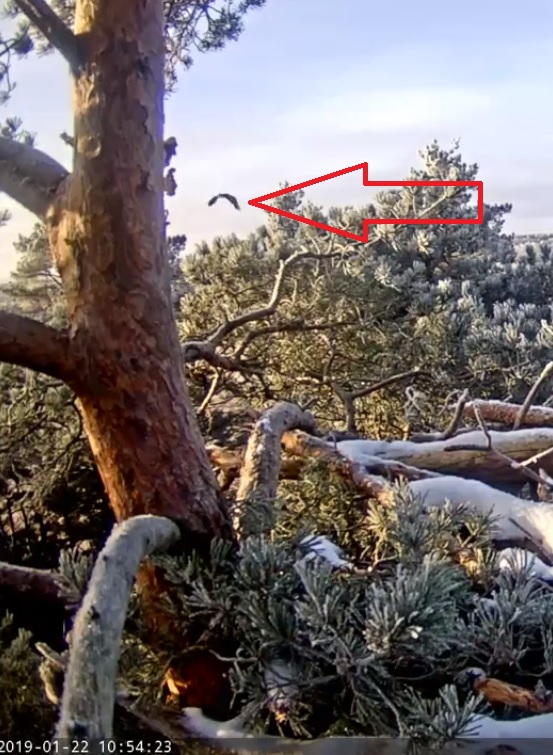 it flew across - left to right
Top

and it still looks cold.

i made new pictures of the Moon this morning when also the whole camera picture was visible unlike two days ago when i took a screen capture of the dark screen picture. i had to guess where the sides were.
here's the scenery with the Moon.

the azimuth postition of the Moon in the sky was about 107 degrees North of West. 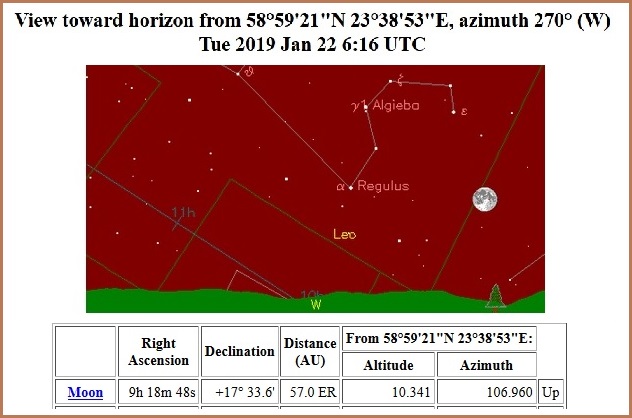 i don't know what the viewing angle of the camera is so it is not possible to say exactly the pointing direction of the camera, but it is very near to the West anyway. i need at least one more picture of some celectial object in the left side of the picture.
Top

it flew across - left to right

you are right i think. i made a video. the eagle took off from a tree nearby. the sound of the wings was like jinglebells in the frosty forest. 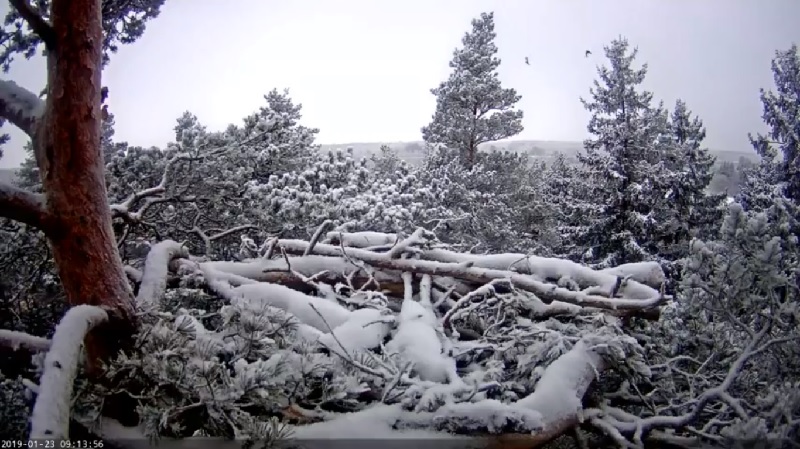 Someone mentioned on the Youtube chat a while back, that there lies "a rabbit" on the nest and now all i can see is this chilling rabbit thank you laranjeiras!
two ravens, no doubt about it. they were talking as they flew by.

i have come to the conclusion that not even my new pc cannot record two streams at the same time. it's too much work for it. so i quit recording this camera live but i can make videos afterwards if someone sees something intersting like this.
Top

thanks ame - i always get crows, ravens, rooks muddled up 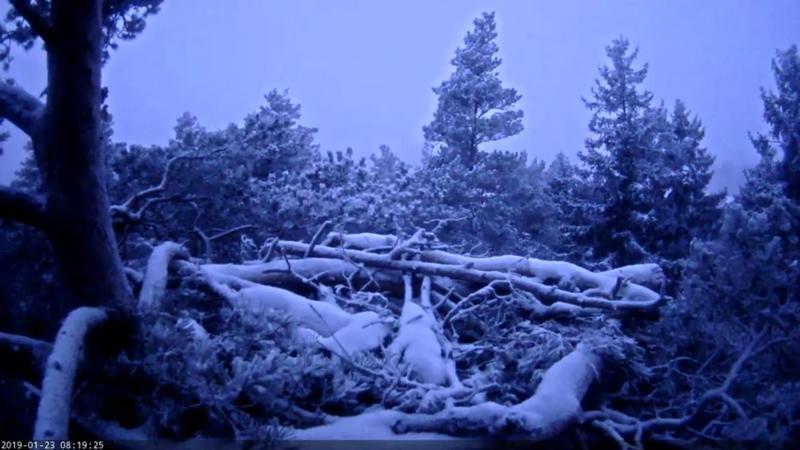 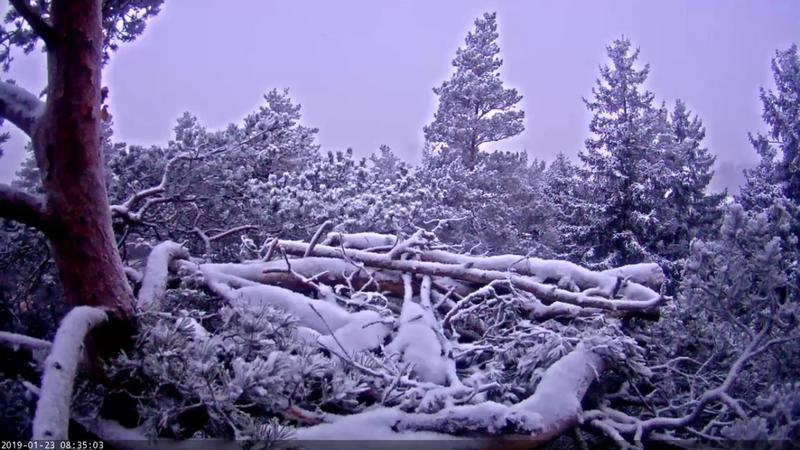 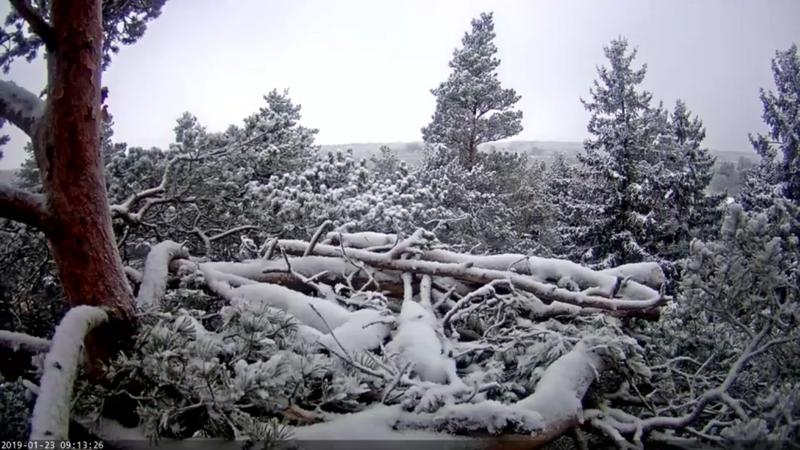 the camera is streaming.

it has started at bout 8 am.
the "rabbit" has a thicker snow coat.

Such a lot of snow and still more snow is falling. Gives great pictures though. it has become dark and the camera is still working. the snow remained untouched. the snow is untouched.