A female at nest! 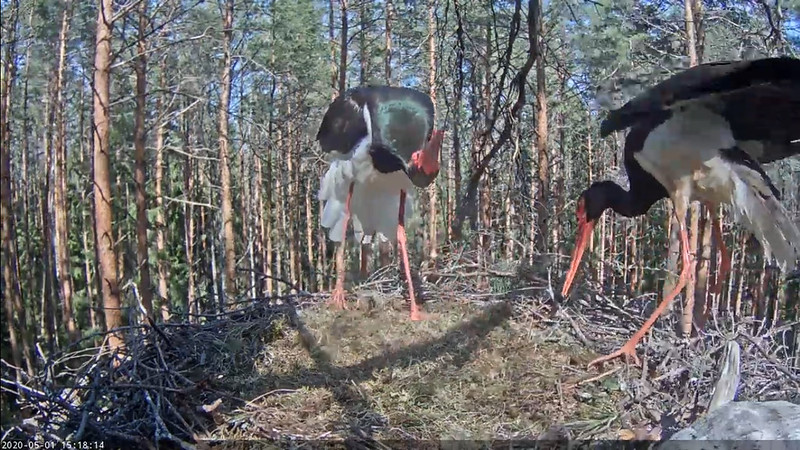 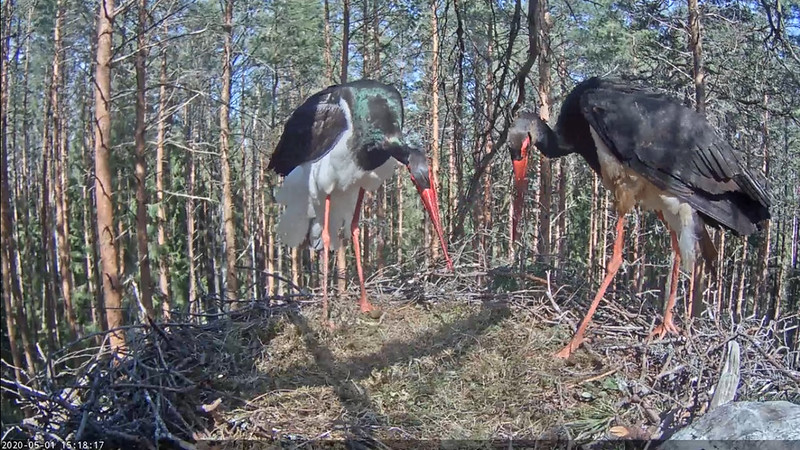 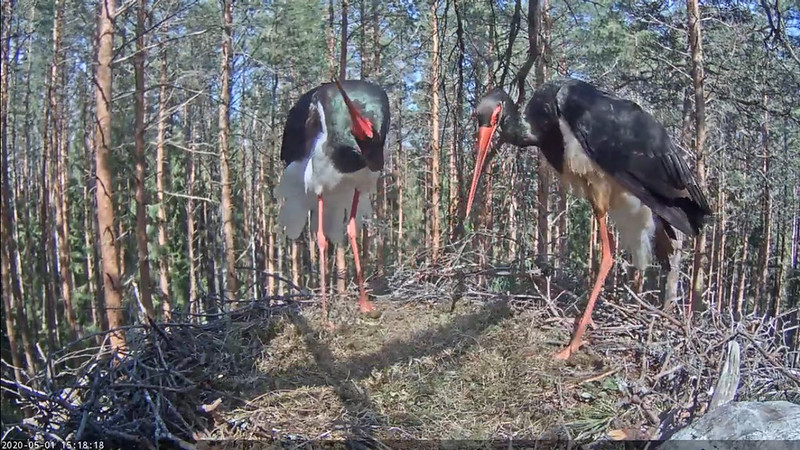 Hello everyone!
she has a brownish belly.
Karl II is very delighted.. 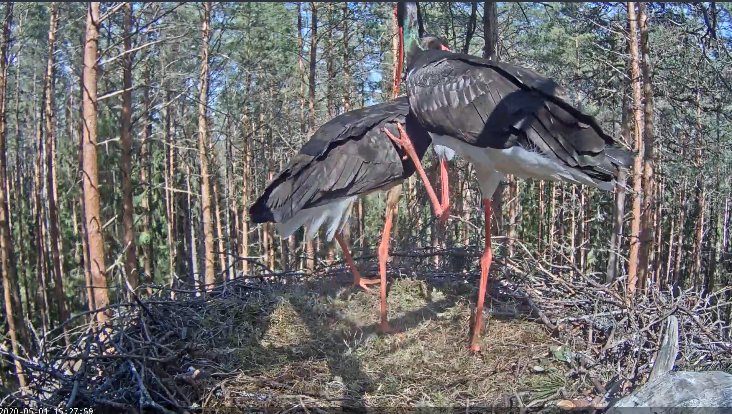 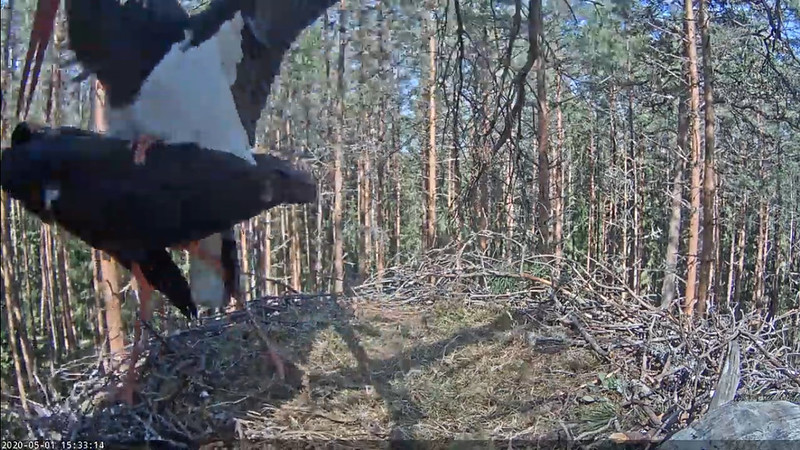 Karl II called for her, but she didn't came back.
Top 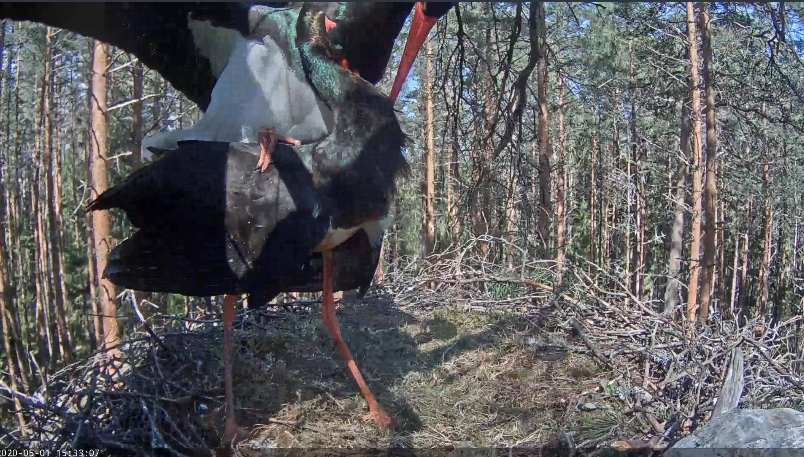 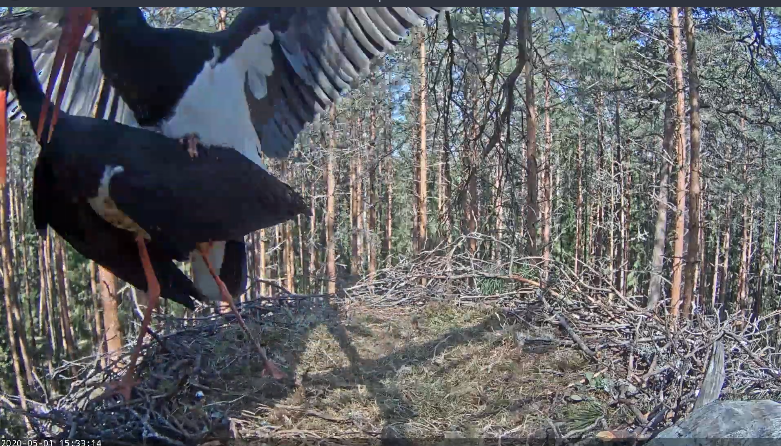 Or maybe Kati is late this year?
Top

15:49:08 She flew in. She came from the tree on the right (marked with yellow arrow) that she had flown onto when she left the nest before. 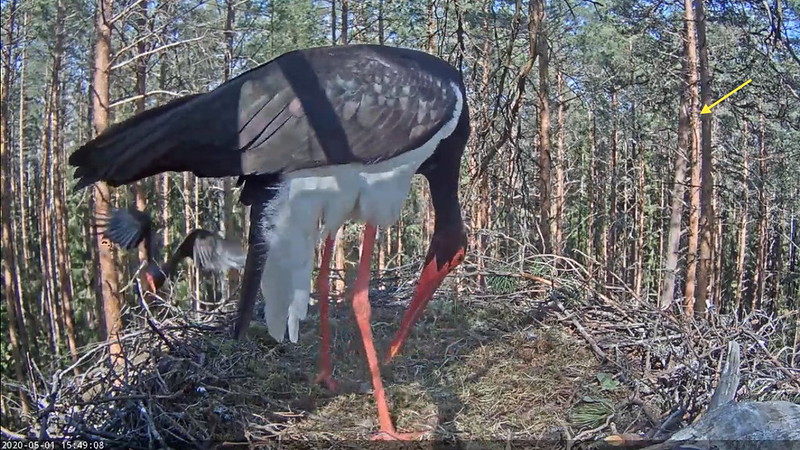 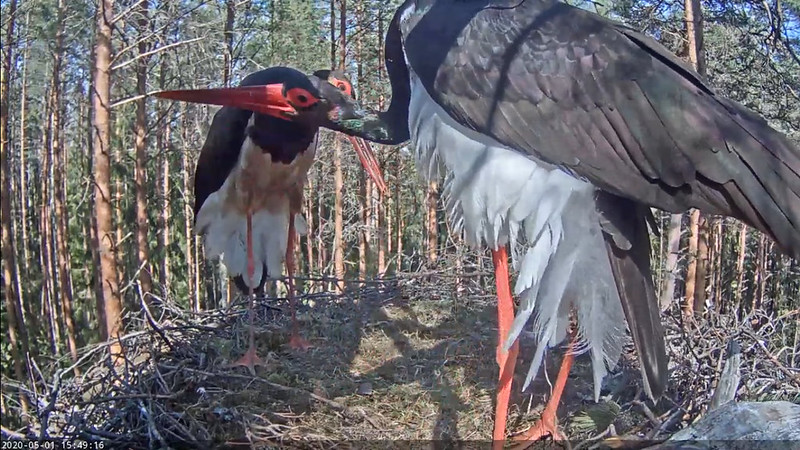 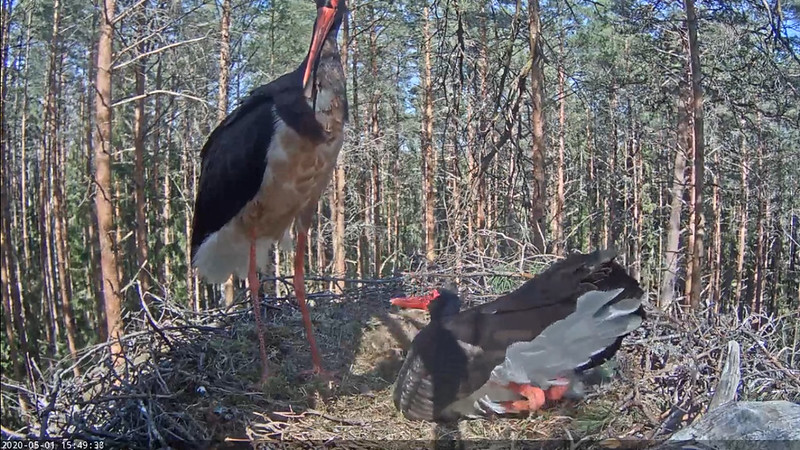 Kati had brownish feathers on her belly too but she was more skinny.
Top

15:49:48 A first picture from the females face. I believe it makes sure that this is not Kati. 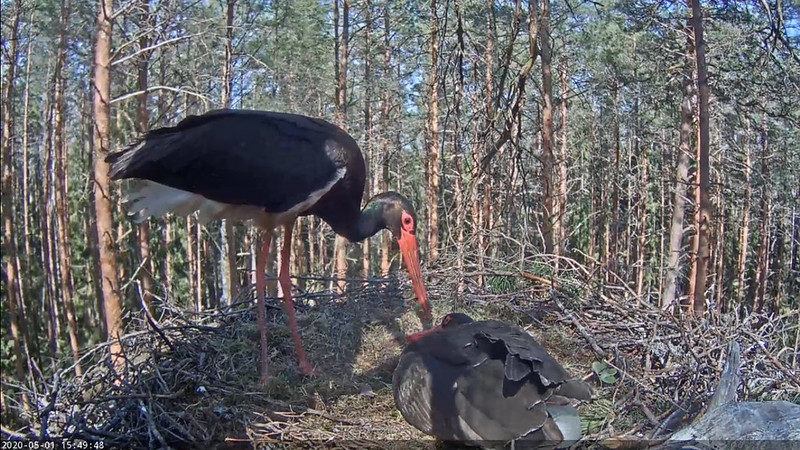 16:02 Again a mating. And again she flew away in the middle. 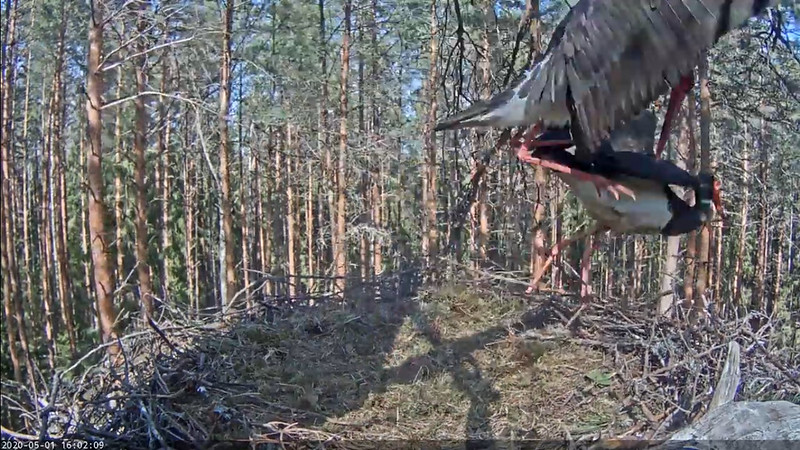 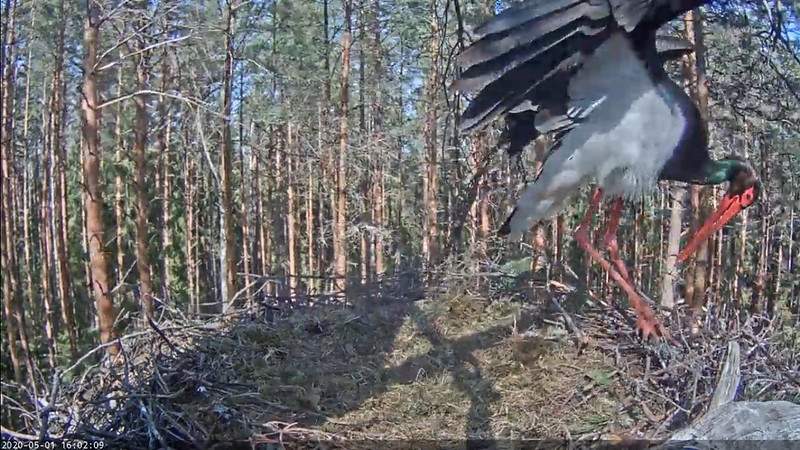 16:05 He left again. Probably he is searching for her to get her back to the nest.
Top

Biker, I believe she is just dirty.

In LK article about storks it was said that some females may deliberately not return to their old nests. So maybe Kati is among them. As she is unringed it is hard to say who is this female. But both she and Kati have brownish feathers on the belly(maybe because of diving for frogs).
Top

asteria wrote: ↑May 1st, 2020, 4:19 pm ...In LK article about storks it was said that some females may deliberately not return to their old nests...

Please, link to this article

Thanks for all the pictures, reports .... whenever something is interesting (good), I miss it.

Maybe the lady is a bit shy, I wrote yesterday.
Thank you dear God that it rained female BS.

Can it be that this female is already somewhere in a nest?

The way it is dirty almost looks like it's on your stomach.
... and no, judging by eyes, that's not our Kati
Top

There is written about the 1-st time breeding females that they don't return to Estonia, nothing like what you wrote: some females may deliberately not return to their old nests
GT from the LK article:
Thus, the young females before breeding disappear, but may stay elsewhere to live (the same text is in Russian version)
Top

Mating between these two seems to be a disaster. They mated at 17:00. After few seconds she turned to the right, with Karl II on her back, and flew away. 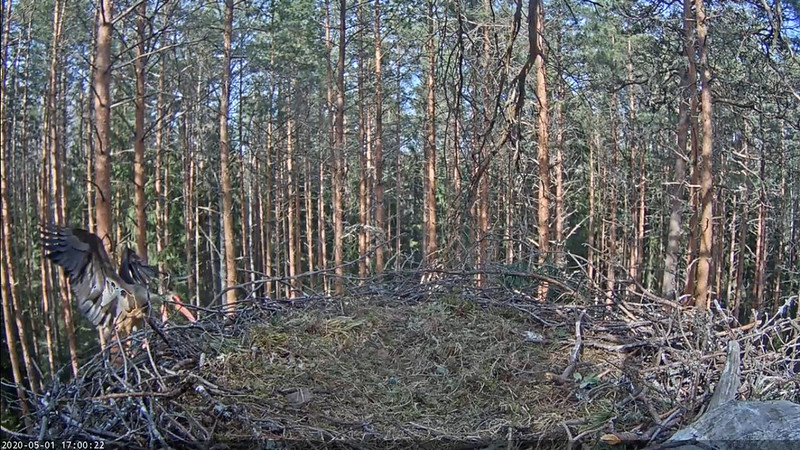 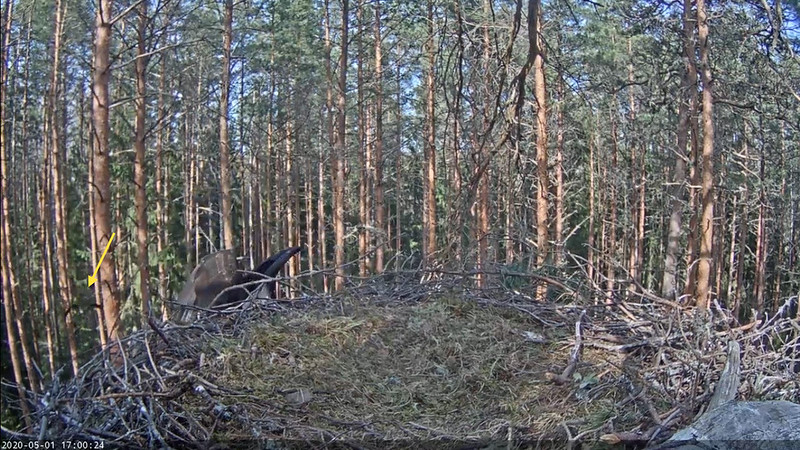 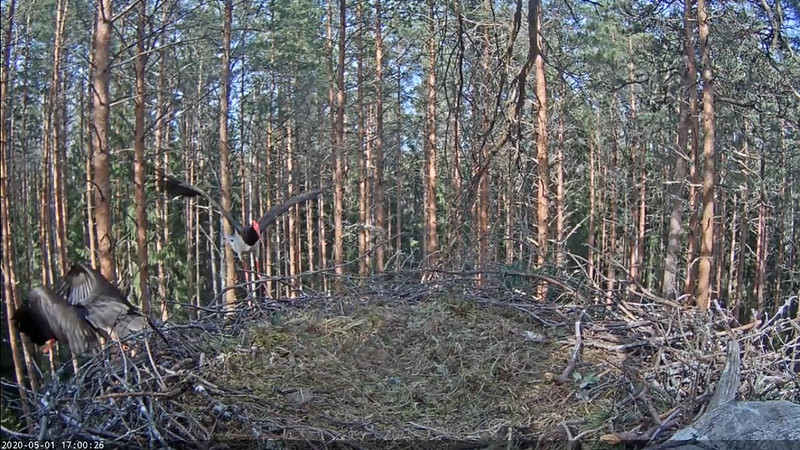 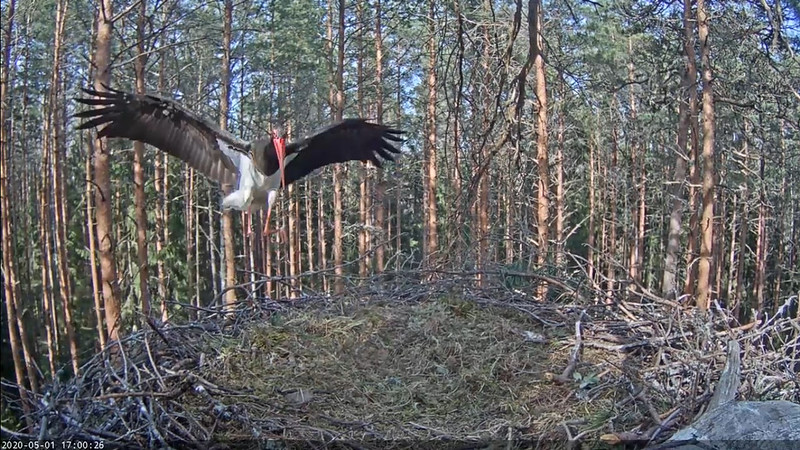