Scott Diel is an American who lives in Estonia and he'd like to write something about the Nature Calender for Estonian Public Broadcasting's English-language news website, http://news.err.ee. He'd like one element of that story to be the storkaholics. If anyone has any personal observations about the storkaholics (from how they've assisted the scientists to the camaraderie of being a storkaholic) Scott encourages you to post that observation here. Perhaps he'll use it in the story. You're welcome to write him directly, as well, at scottdiel@gmail.com.
Top

Here is the traditional greeting.
My name is Jo, and I am a Storkaholic!

I discovered the Black Stork webcam in - maybe - 2007, thanks to a forum friend (Thanks, Juta)
We discussed the nest and it's occupants on another forum back then. There was the enjoyment of shared interests, and a lot of learning about birds in general. We became attached to "our" storks and identified with them and their problems and joys, as though they were family to us!

Many of us became friends in the real world, and formed lasting friendships to this day. My first visit to Estonia was in early August 2008, when I was privileged to meet some Estonian Storkaholics, and one from Finland, at a later gathering.
I was also privilged to discover the - er - joys of a true Estonian downpour of near-tropical rain, and got wet to my skin. Thanks, Estonia.

I hope others will write of their stork beginnings for Scott. Then we can move on to whatever he wants to know about next.
Top

Here is a link to archived memories - 559 pages of them!

My goodness, I went to the Hancock Wildlife Channel to Estonia ~ Black Stork Cam 2007 & 2008..I found my second first post! I became emotional when reading some posts there from May, April and June 2008.. I miss Black storks so much!!

sometimes in June 2008 I wrote: To my surprise to day i found an article on Black Storks in a Finnish news paper. (Mustahaikara = Black Sotrk, Helsingin Sanomat, 10.6.2008 Tiede & Luonto - Sciense and Nature). The strory tells many things i have allready read here and in Looduskalender. But this was a piece of news for me: An old, tens of years old, nest of Black Stork may be very hevy, weight 1000 kg (one thousand)! This is why the nests sometimes fall down...(tells ornitology Maris Strazds, Latvia)

I have watched the kurekameera webcam from the 16.5.08, every day more than 12 hours every day. Finally i found this page (sorry for my poor Englihs, i just cannot see when i make very funny mistakes...

There had been in April 2008 a little piece of news about Estonian Black storks in a Finnish afternoon paper. There was told that 'Black stork are mating in front of web cam in Estonia'. I didn't open the link that day, but some days later on, and what did I saw!

It was the day when the female Black stork removed one of the chicks. It was so shocking to see it... I didn't know anything of Black storks, I did not know anyone who knew something about them..There are not Black storks in Finland.

So, I begun to watch the cam while working - so, became storkaholic in one second in one day. All what happened there on that Black stork nest was so beautiful, so touching, attractive,...I will never ever forget that nest, the nest of Padis and Donna.. (those names are full of meaning, like names of saints!I was uncertain if I even could write them here..

Later in the spring I happened to find Looduskalender ee. I searched there articles and news about Black storks and the history of them in Estonia, of the protection work etc. Then by accident found from some article a link to 'Hancock' - discussion forum. I doubted a lot how could me join to the group, because all there wrote so good English!

But I loved to read the posts while I watched the cam day and night!

But the people looked to be nice and friendly.. so.. Now I have visited Estonia and had some excursions in the Estonian nature, forests, see side, and met also some Estonian storkaholicks of course, two times, (actually almost three times).

Black storks are the most wonderful birds I know.. I wish that I could see one of them during my life! But seeing them through the web cam would be great too. Storkaholics do not loose their hope.

I send all my support to the people who work for them, to save and protect them!

Thinking the experience in the spring and summer 2008 makes me too emotional, I miss Black storks..

edit:lots of words but not much information! It is impossible to describe the feeling there with those three chicks and their parents..2008. Watching that cam changed me and my life! Taking some details of happenings of that summer would be nice.. but which one of them..?? There were so many, so many wonderful and happy happenings, but some sad ones too..
SHoW(StorkaHolics of the World)
Top

The first time I every saw or heard of these very special birds is a fond memory, sad too and the meloncholiy the name 'Black Stork' evokes brings tears to my eyes,a lump to the throat. All of you who followed that first season probably feels the same.
As I had been watching the cam for so long I fianally got the courage to join you on Hancock too.
There was so much friendship amongst you all and camraderie too.
I have watched and commented on other cams but none are equal to that first (and second ) stork viewing,for the friends we made and the strong brotherly feeling that that cam evoked. The sheer emotion involved.
This video I have kept in a far corner of my 'favorite-list' but rarely watched, as it evokes such emotion, so sad,even now a long time after the event.The sadness is,of course,The Goodbye.
from Renandeli( i.e. Olga );
http://www.youtube.com/watch?v=Q2ofwKIpX9s
Carmel a member of SHOW .. I hope you love birds too. Its economical. It saves going to heaven.
Emily Dickinson
Top

How many remember the hunt for Priidupoeg? A young Estonian Black Stork came to grief in
Saudi Arabia. His transmitter showed that he was unmoving, so we needed to find someone nearby who could visit the co-ordinates.
Click on the names to see who did what. It was a sad ending, yet heartening that so much world wide co-operation was instantly available.

See if your name is there!

Scott, I don't know how much of the story you know, or if it is relevant to your article.
Please tell us what you would like to know about.

On other occasions, Storkaholics and every bird lover, really, has been distressed to learn of the death of birds due to "sport" hunting.

On Saturday, 11th. October, (2008) I had e-mail from Abdullah Alsuhaibany, in Jeddah, Saudi Arabia, who, with Dr. Mohamed Shobrak, another ornithologist, went on the search for the Black Stork, Priidupoeg. The first part of his e-mail concerns the topic which has been discussed here - the death of so many birds, which is continuing, around those power pylons and lines

For your information, on the 9th of October at 05:30 I was visiting "again" a site, with Mohammed also, 90 km south of Jeddah were 236 White Stork collisions to power line on August 25th., we found lots of dead birds this time as well (Quail, Corncrake, and Turtle Dove) and small numbers from various species of warblers and shrikes, also killed by the power lines. We are conducting such survey form personal initiative to write to the wildlife agency to collaborate with electric company to solve this problem in such "bottleneck" area for migratory birds.
Top

I found the full story, by Urmas, in LK archives.

Thank you, Jo UK! I had the story once upon the time but then something terrible happened to my PC, and I loosed the story and many other links in relation to the happening. I do remember it all well, and I know many people remember the story too. It was so.. hm

.. exiting, so full of hope at first, but then.. Some members just happened to search some link to Saudi Arabia when Urmas S had posted that there is some problems with Priidupoed in Saudi Araba, he himself had no possibility to begin to google here and there all day long..

It was like a miracle that it was found those people there in Saudi Arabia who at the same moment they heard that one Estonian Black Stork needed help, took the matter en serious, left all what they were doing (there was going on some marriage festivals??..

), and begun to drive car through the desert, more than 300 km in the midst of the night.. to find Priidupoeg there in the faraway village! The letters we got from Saudi Arabia were touching, sincere.. the farmer there, who at first had tried to help Priidupoeg, I remember his face, he looked so serious on the photo.. oh..

I also found pages in Arabian where they told about the destiny of Priidupoeg.. But i loosed those links..

Every single Black Stork is priceless!
SHoW(StorkaHolics of the World)
Top

As I remember, it was Olga who found the right person - Dr. Abdullah Alsuhaibany. Thanks Olga! We were all involved somehow, but you got there first!
Top

Thanks to all who answered here. You've given me exactly what I needed--some emotional element to add context to the raw statistics of stork watching. Thanks much, Scott.
Top 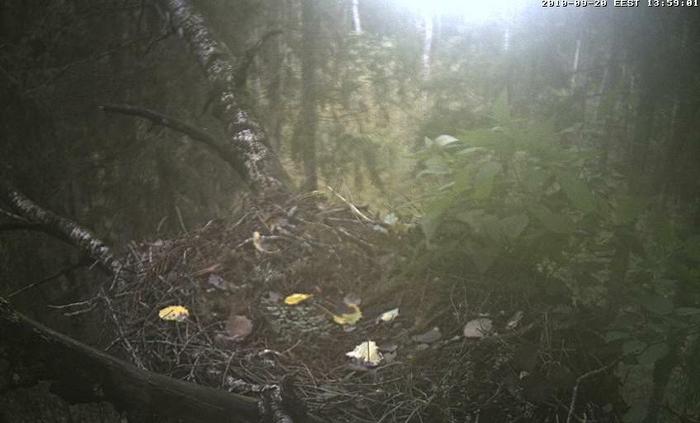 In another week, that nest picture may be suitable for the Autumn topic!

I shall close this topic tonight - it seems that Scott has harvested what he wanted from us!
Top
Locked
12 posts • Page 1 of 1