This is the nest of Black Stork pair Tiina and Tiit.
It is situated in Läänemaa, western Estonia. The nest is known to us since 2009; then three chicks grew up there. The 2010 nesting failed; in July there were only egg shells under the nest. 2011 year four young grew up in the nest; we could watch, with somewhat varying success, their growth. 2012 there were four eggs, three hatched. One injured its beak and had to be taken out of the nest to the veterinary hospital. Unfortunately all attempts to help the storklet failed. Local farmers know the nest site already from the Soviet kolkhoz period: then the nest was a few hundred metres away. The nest is quite far from roads, about 2 kilometres as the crow flies.

Information about the nest at:
http://www.looduskalender.ee/en/taxonomy/term/43 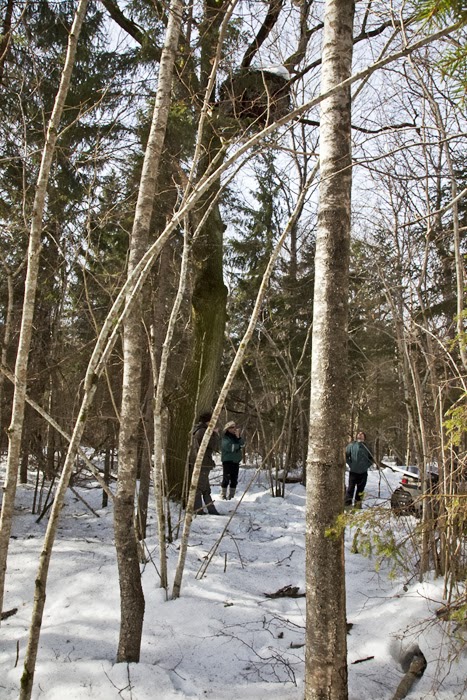 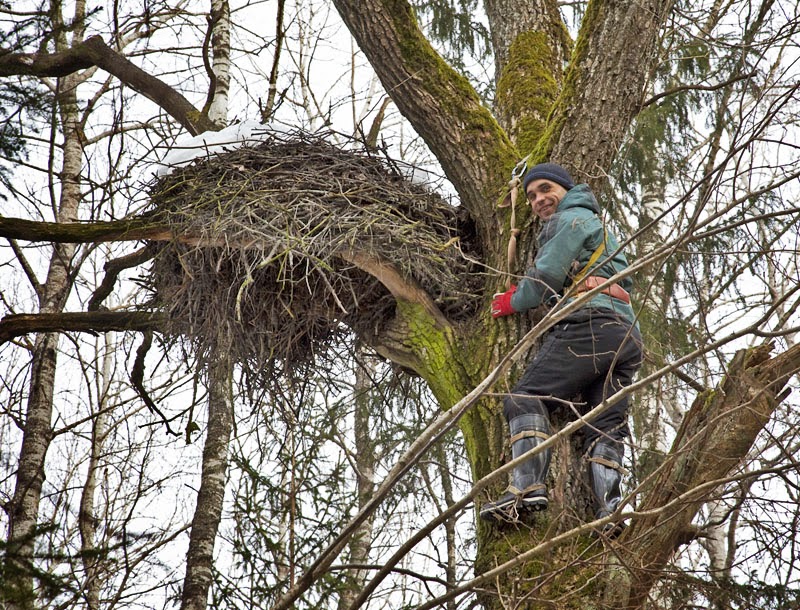 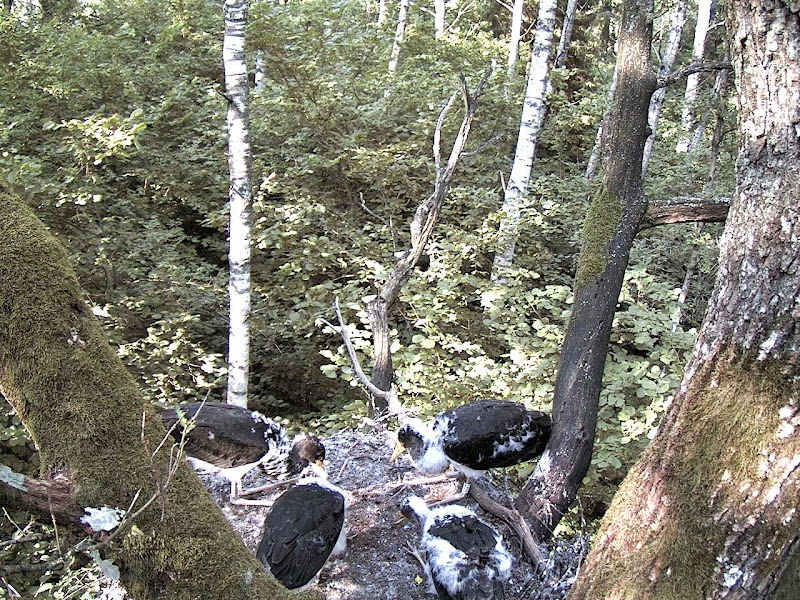 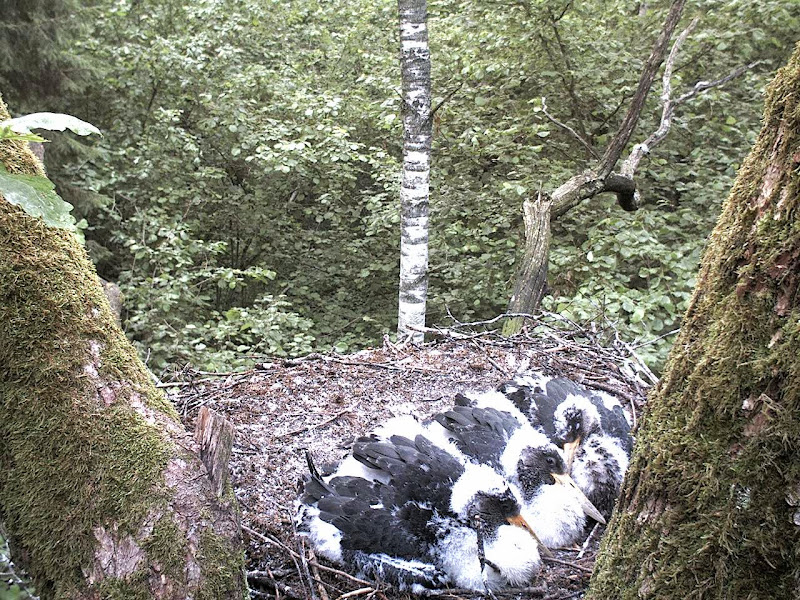 Tiina and Tiit and how to find out who is who:


viewtopic.php?p=219704#p219704
viewtopic.php?p=222015#p222015
“One can measure the greatness and the moral progress of a nation by looking at how it treats its animals” (Mahatma Gandhi)
"You can judge a man's true character by the way he treats his fellow animals" (Paul McCartney)

Breeding time is (according to Wikipedia) 34 to 38 days and starts usually after the second egg, so hatch watch could be starting around May 27


Two chicks hatched on Sunday, May 26
Three eggs were apparently not fertilized and did not hatch.

June 6: The two storklets were named Liina and Miiko

We have five eggs this year, which is a lot. That's why a word of caution is necessary. Storks practise, if they feel not all chicks can grow up, Filial infanticide - please be prepared!
http://en.wikipedia.org/wiki/Infanticide_%28zoology%29
“One can measure the greatness and the moral progress of a nation by looking at how it treats its animals” (Mahatma Gandhi)
"You can judge a man's true character by the way he treats his fellow animals" (Paul McCartney)

The nest is still covered with lots of snow! 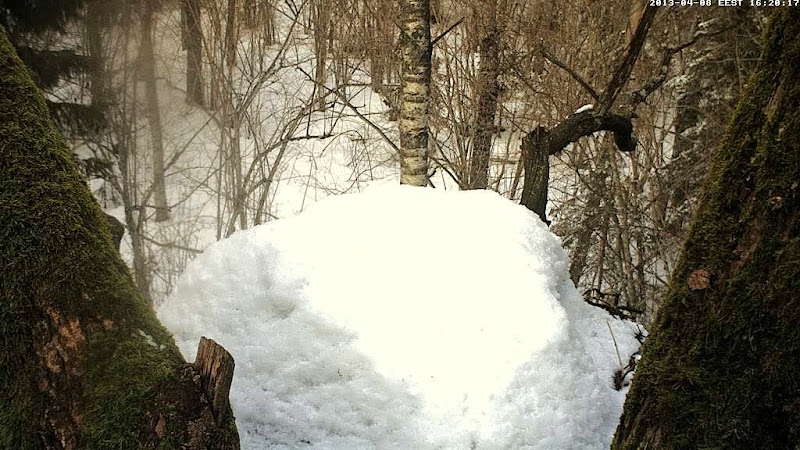 Felis, what a nice introduction with pictures and text informations!

I shall keep the volume UP and then might hear the first arrival. The snow looks to be untouched.
Top

sadly i have not yet managed to get this cam! don't know why... i think i just have to keep cool

laranjeiras, this is the correct link . We are both in UK, and this one works for me.
http://pontu.eenet.ee/player/kurg.html

I think that the link in the first post is an error, or an old one.
Top

Thanks a lot for the nice introduction and the pictures of the nest from Tiit and Tiina.
Now let's hope the Black storks will return safe and healthy to the nest.
Top

This link works for me too, thank you Jo

I'm so happy that the Blackstork season is opened, thank you so much

I hope we will see Tiina and Tiit again, I cross my fingers!
Very nice summary of the two previous years, thank you Felis

thank you Felis for the camera, i hope the black storks come soon.
jane
Top

I have forgotten a blank, but I think at the moment the JW stream does not work? At least I can't open it, but the VLC link works.

Thanks, but like with the Alutaguse cam, I have not installed the cam, just made the introduction

It does work at least for me:
http://www.eenet.ee/EENet/kurg.html
Top

thank you so much - it has worked!!

In the end there are voices of Nuthatch and Greater Spotted Woodpecker, also flight of woodpecker can heard
Top