My godness, what a soap-opera on this nest

at this male I can't find the thin and dark left leg. For me this is an older male. Hope that he has more know-how than the other one.
No man should be allowed to be president who does not understand hogs. Harry Truman
Top

Can it be, Tiina shows him "last chance for you" and a family?

Saw yesterday morning moments of Tiina and partner ... she was laying down, he tenderly hugged her and suddenly was a new egg to see.


laranjeiras wrote:this is a very long shot but - before this male stork arrived Tiina had laid 2 eggs and I only saw her get rid of one of them for sure - there was the one she lifted with her beak - but I was not sure BOTH of those eggs were gone - perhaps this egg is the other one?

NancyM wrote about her obersation and it was correct! Again no to maybe an old egg, this was a new egg!!!
Both were looking for this egg, Tiina rolls the egg and then the male too. Picked around of this egg (before Tiina does the same).
Tiina left on her branch and then partner was looking again for this egg, brought this egg after shaking to another place 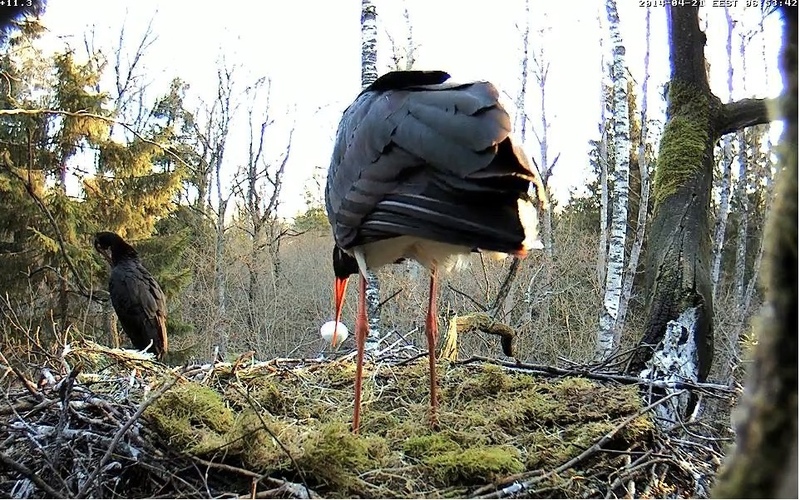 and then again to another place 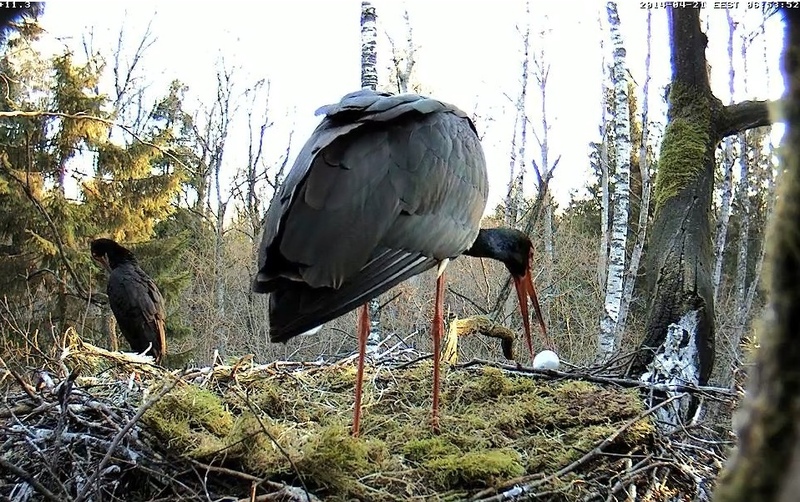 Then Tiina shows him "cold shoulder" was sitting on her branch and left before him
14:57 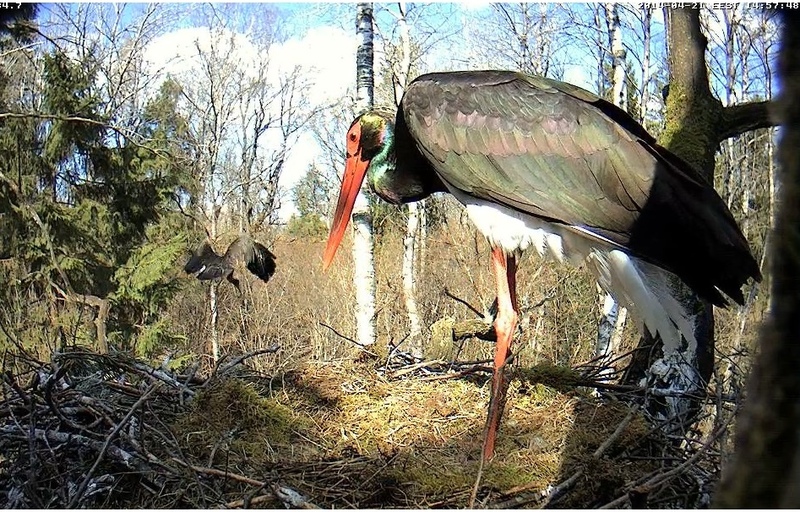 Maybe another chance and Tiina told him, so not! Have more pics about the situation yesterday, but difficult now in three images in a post
Top

Might still need the trust ... but between an old stork couple "Tiina and Tiit" ... no, for me it looks like redefinition of. Tiina and a new male.
Top

Who knows, this can stimulate Tiina to produce one or two eggs more, we'll see.

Let's hope that the male may eventually feel the role of an adult and responsible father and partner.

Both are doing nothing.

I have just opened a new topic for helping Urmas to evaluate the new stork, please read and take part if you can! Thanks

viewtopic.php?f=2&t=671
“One can measure the greatness and the moral progress of a nation by looking at how it treats its animals” (Mahatma Gandhi)
"You can judge a man's true character by the way he treats his fellow animals" (Paul McCartney)

all,
what a surprise! Again a male on the nest. But who is it? Could it really be another - new - male? This brown feathers, he had ... I haven't noticed that at our playboy. And hasn't this male thinner legs than the guy from the last days?

13:53 Beautiful plumage - with a shine of brown in the feathers 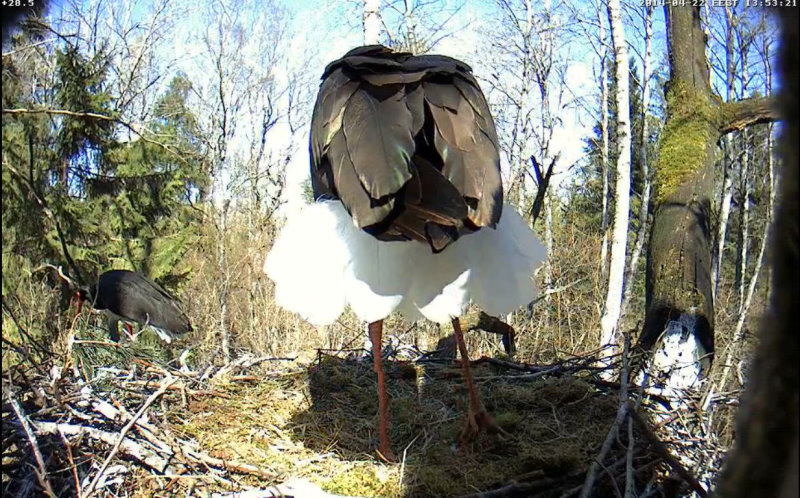 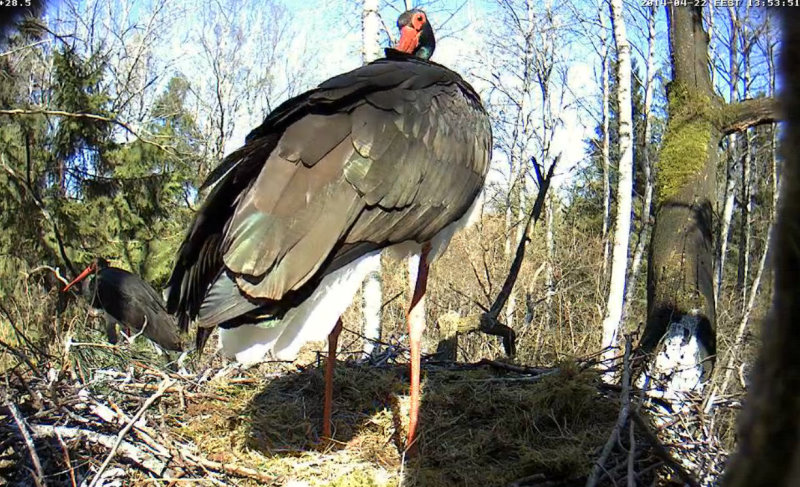 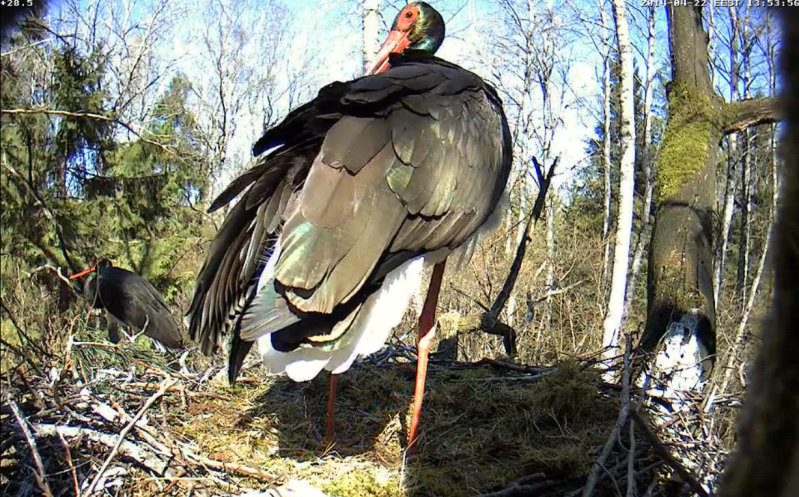 I don't know whether it is the same stork or another one it is hard to say.
Top 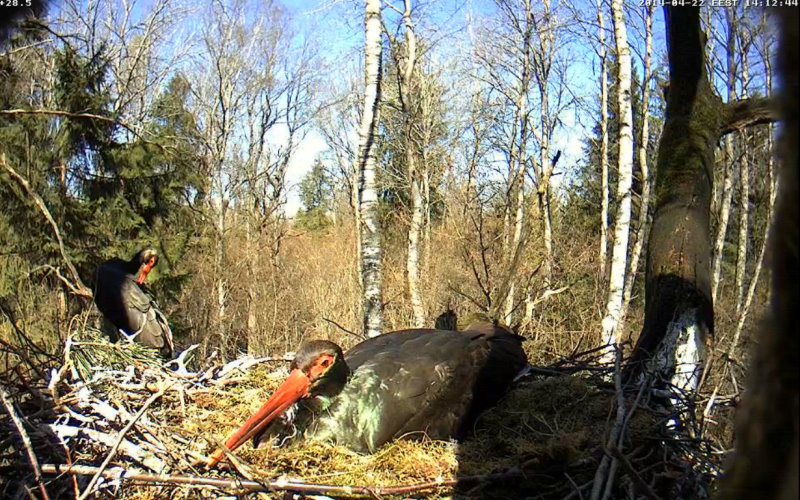 Michi wrote:But who is it? Could it really be another - new - male?

In my opinion, this is undoubtedly the same "new" male that arrived on 17. April. Colors vary depending on the degree and angle of incidence of sunlight.
Top

14:40 The storks flew away almost simultaneously.

Probably you are right, Lucy.

Hard to imagine that Tiina so soon has found another partner.
Top

I think that he is the same male stork who was before here...he got from Tiina a lesson and was one night alone....He is a good boy now...I hope so!

A good boy would bring nest material and this one is quite a loafer, he never works in the nest, he prefers just stay in the center of the nest and do nothing.
Top

Many pages back, can't find it now, a site admin suggested that this was a young male and possibly didn't understand what eggs were for. Didn't Tiina throw the first unfertilized egg away and then "HE" threw the second one away? I know I'm really reaching, but does he think they are supposed to be thrown away? If a very young male, first breeding season, he probably never saw an egg in a nest before and wouldn't remember from his own hatching. Just a thought, even though maybe silly.
Top

Yes, Tiina taught him to do that.