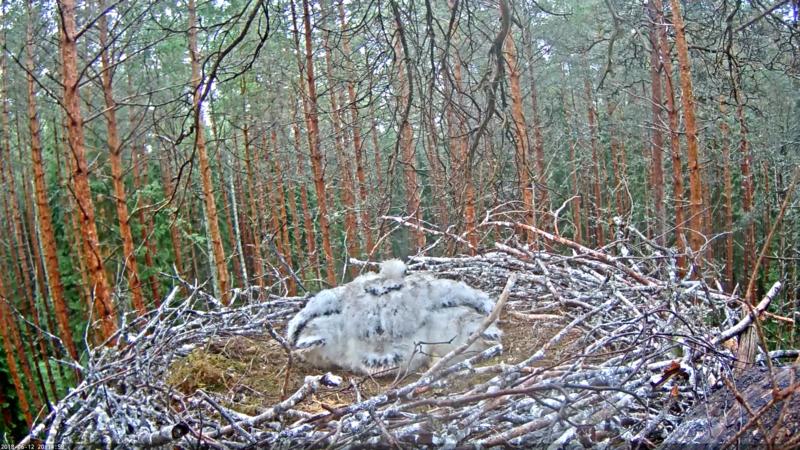 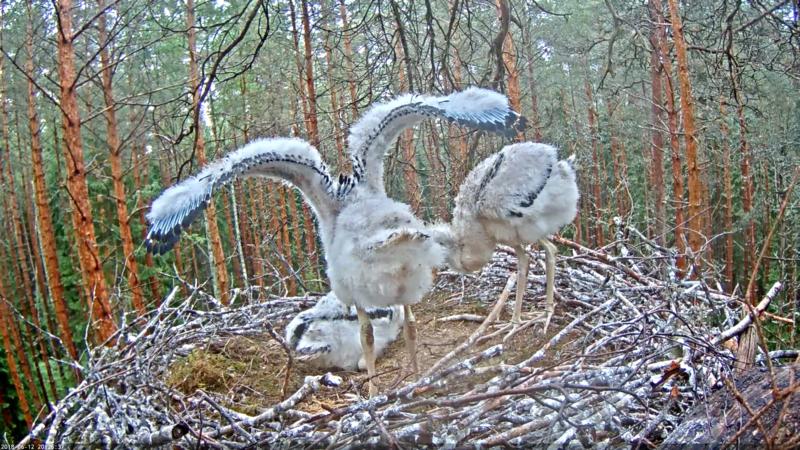 Preparing for the night, such a sweet huddle See you tomorrow, stork friends, in the Karula forest

A sunny day begins.
The chicks were probably alone in the nest tonight. 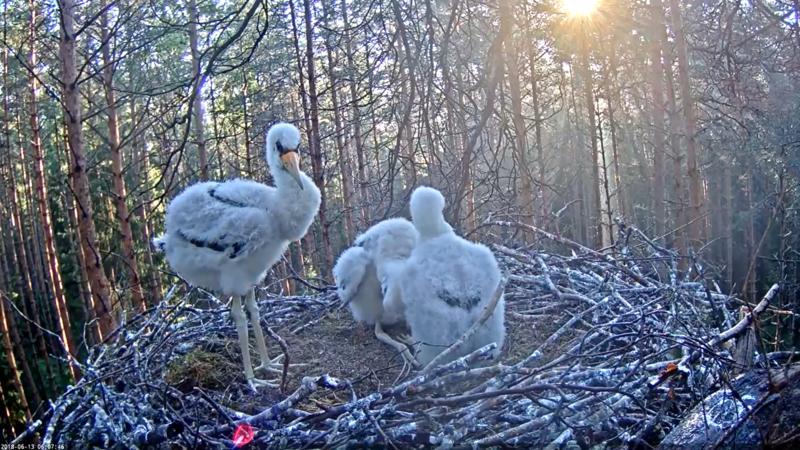 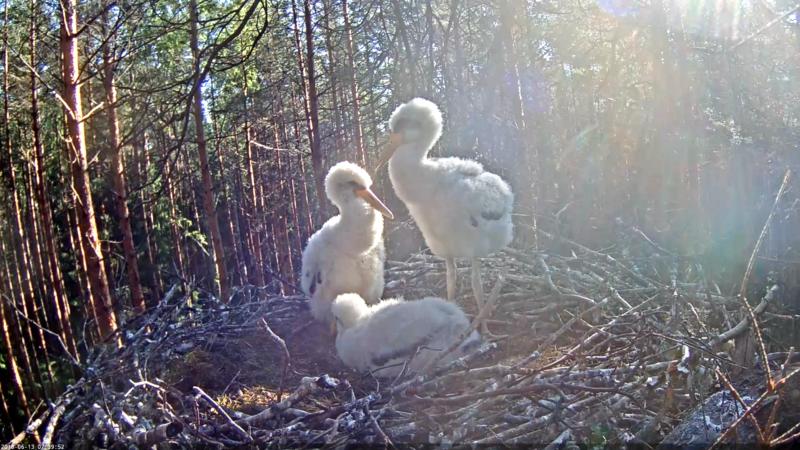 Since yesterday there have been much less feedings. It seems that because of the drought Kati-Karl have to bring food from much farther brooks and rivers.
Weather forecast - it will be hot again at the weekend.

In addition, then not only the storks are hungry!

Oh Summi always your bad news ..... Your contribution yesterday was much funnier:

Mom and Dad, you dont' have to bring water, bring only fish please.

10:30 Nothing to see, many little things probably. 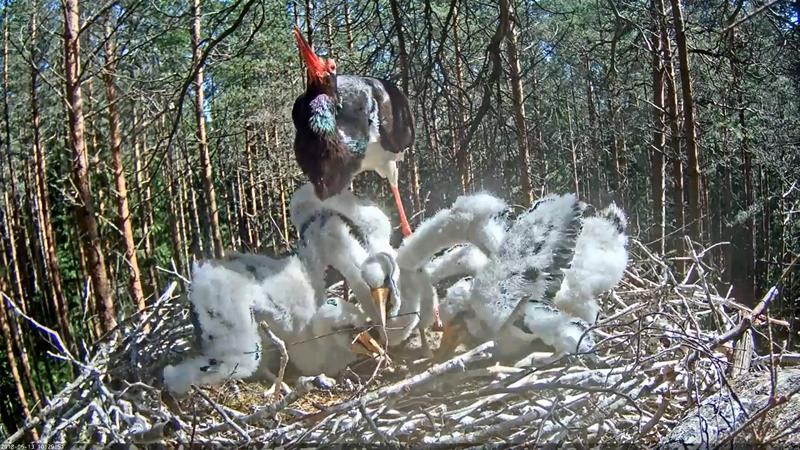 Swenja, thank you for the video. Though it's difficult to see what the food was - they grabbed it from each other beaks and already from the air. At least something small and something blackish.

10.29 Kati arrived at the nest and a second before this brave Storklet defended the nest by clattering, hissing and making itself large No danger, it was Kati to feed them 10.29 Kati arrived at the nest and a second before this brave Storklet defended the nest by clattering, hissing and making itself large

, would have it actually still show, but I was like coals, actually had to get away .....
I would rate the oldes chick as a ruthless protector. A combination with which he can go far.
https://www.looduskalender.ee/forum/vie ... f=65&t=945
Top 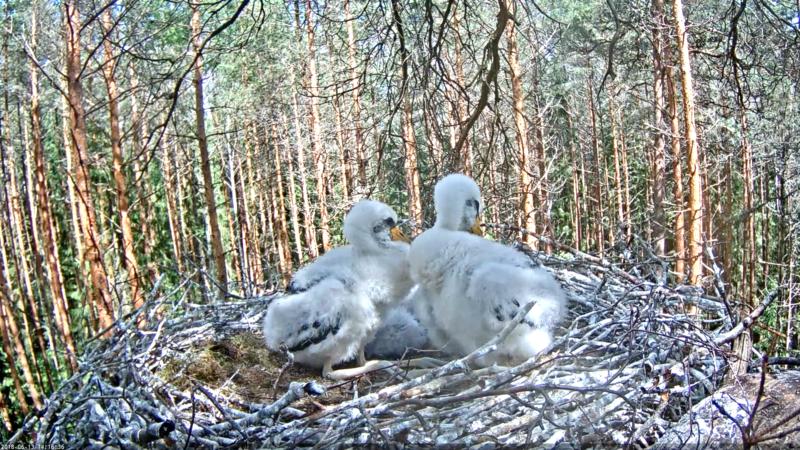