Welcome to another season of the Black Stork Nest camera in Karula National Park, in the South of Estonia.
While we wait for the arrival of Karl and Kati we can wait and watch on this link
http://pontu.eenet.ee/player/must-toonekurg.html

We can watch Karl's journey from South Sudan on the Birdmap http://birdmap.5dvision.ee/EN/
As Kati does not have a backpack tracker, her present location is unknown.

Description of the Black Stork nest project by Urmas Sellis, on Looduskalender
https://www.looduskalender.ee/n/en/node/3350


These links are from last year so they may not be live yet, or they could be different this year. Keep checking!
Top

MAY 23, 2019 INFANTICIDE
Having started with this brood of four chicks we now have to witness brood reduction. It can be distressing to view so visual images of the attacks on the smallest, fourth chick were kept to a minimum. Links to pictures and videos are kept here. Three chicks hatched on 16th. May. The fourth, smallest chick hatched on 17th May. Forum observations and discussion from page 95 to 110.
Links to pictures and videos - 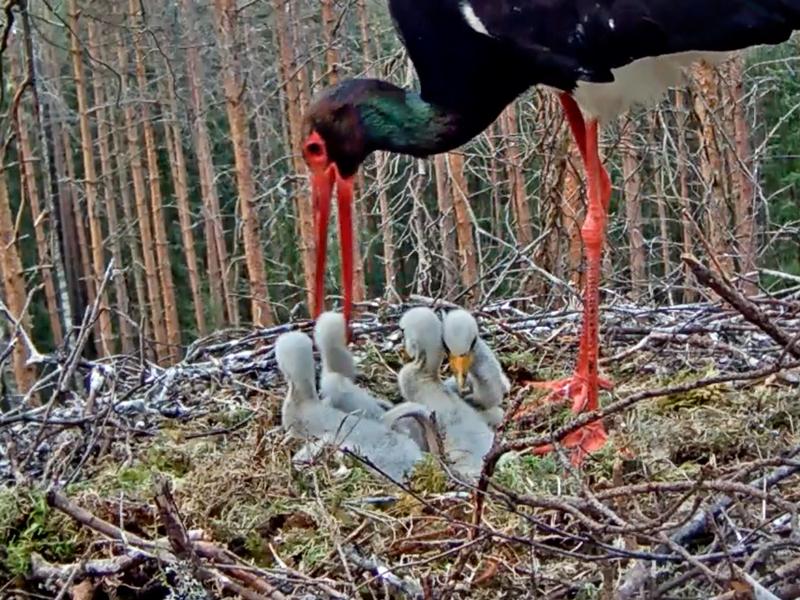 JUNE 20, 2019
Attack by a goshawk, which knocked one of the young black storks from the nest.
https://i.postimg.cc/mgh2J6KX/MT.jpg

On June 22nd, Ain and Urmas visited the nest area and found a sad sight - the remains of the carcass left by the goshawk, Only follow this link if you are sure you want to see the remains.
https://up.picr.de/36098454hm.jpg

Beginning on page 216 one can read all the somewhat unusual events of this year's ringing.
It was feared that the chicks may fall or fly from the nest. They did that.
Ringing was a little later this year as it was necessary to wait longer than is usual for ringing alone. This year both chicks were to have transmitters fitted, therefore the development of plumage had to be considered, too.
It took some long time to locate the chicks on the forest floor and eventually they were found, quite safe.
Departure from nest - 14.58 Estonian time
Caught on the groud . 16.18.
On return to the nest we could see that the ring numbers are
7160
716A

A surprise was that one of the transmitters is a deep reddish brown.(716A) Immediately, it was clear that the chick with the black backpack (7160) thought that the red thing was an intruder and should be attacked. Even more worrying was that Karl II thought the same - he kept coming to the nest but flew off again after a few seconds.
By the next day normal life had resumed.

Urmas posted a report of the event on page 230

July 23. Kati seen on the nest for the last time this year.

About their ability to recognise close family members (p 269)
Visit wrote - was interesting, that Aru is begging to Oru - so i wonder how it is with the identification of each other or on the other hand the instinct to beg to other storks, even if it is a sibling...
Liz01 wrote - Also that they do not recognize each other at a certain distance, no matter if adult or juvenile.
Under stress, recognition becomes even more difficult (we saw it with Kati and Karl II)

Aru had sustained an injury beneath the left wing and some feathers were damaged. Posture and movements normal.
Top

To help us identify Kati and Karl II, here are some pictures showing the different markings around the eyes and upper beaks. 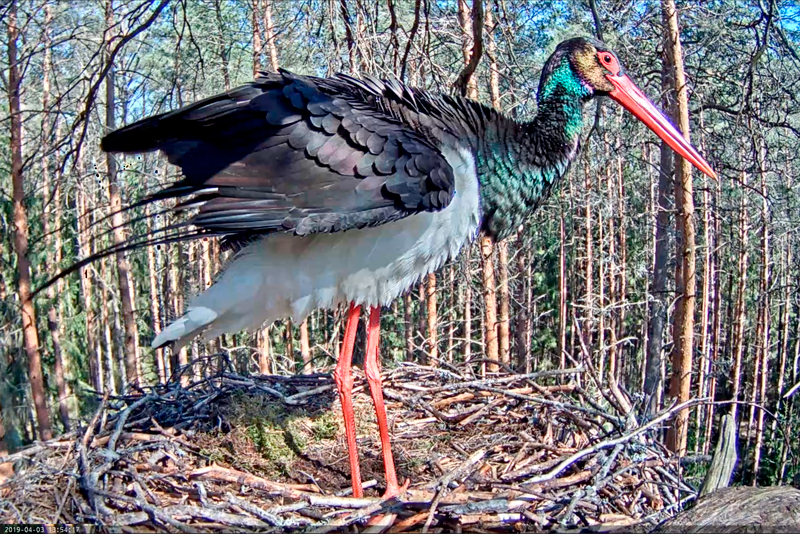 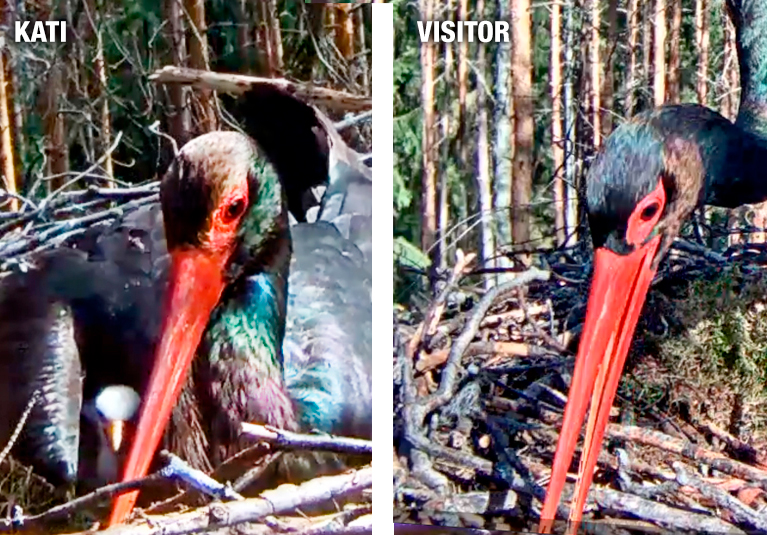 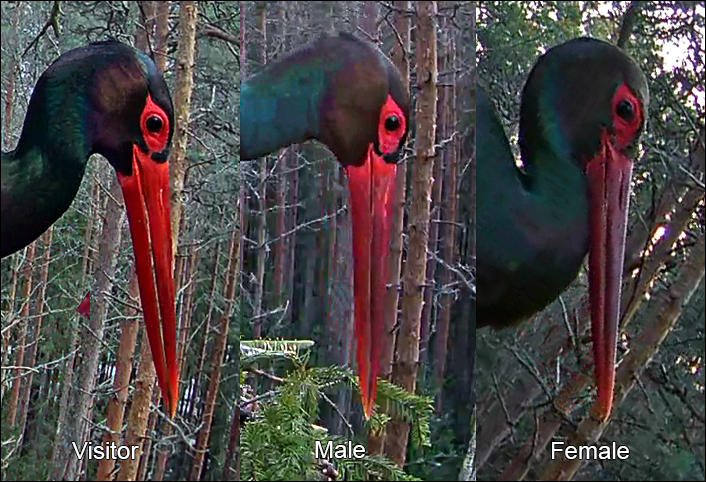 (see P 266)
Contributed by Anne7
In 2016, Urmas wrote:
"Chicks age at first flights depends on food abundance in previous stages in development. If we go back in years 2007-2011 then we see difference of first flight in weeks in the same nest. There may be different parents, but for sure the years are different for availability of food by parents. Our storklets were well fed by ringing time. According our Latvian colleague Maris Strazds better results are in surviving of the chicks which spend longer time in nest after fledging, means they return to the nest and step by step get independent, but are still getting food from parents in nest. Disturbance, what leads flying off the nest is negative for further survival. Therefore we are very much cautious in visiting the nests at late stage of breeding. Lets hope Karl will follow that hint to spread his genes firmly... Absence of Kati is not good in that context, though."

Here is the beautiful nest!

It is patiently waiting for Karl and Kati to arrive...

It survived the winter very well. 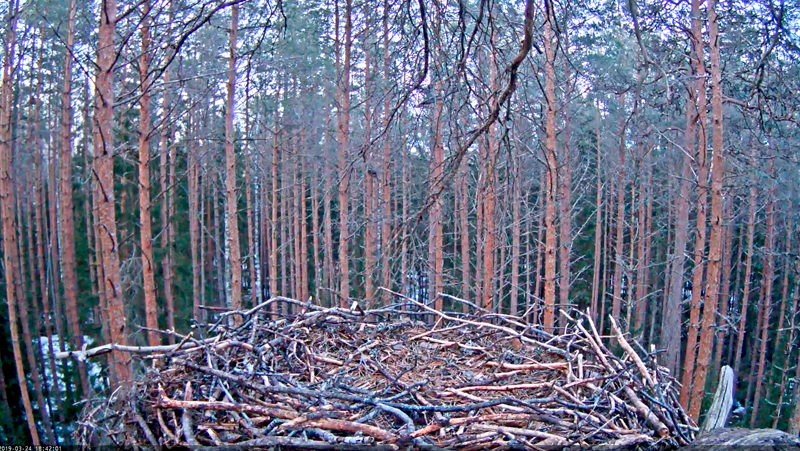 Thank you, Urmas, for installing the camera.

Thank you, Jo, for opening the new topic.

Dear Karl and Kati, may your journey be free from difficulties and bring you home safely.
“Clearly, animals know more than we think, and think a great deal more than we know.”
— Irene Pepperberg
Top

I do hope they will arrive safely.
Top

Thanks a lot, Urmas, for installing the camera, and Jo, for opening the new topic!

Now all is ready to welcome Karl and Kati.
Thumbs are crossed that both will arrive safe and sound.

I already saw it this morning, but did not dare to write until I saw Karl in the Birdmap. Now we can see him on map again

Urmas, thank you for installing the cam, Jo, thanks a lot for opening the thread.

I hope we will have a successful breeding season. Lots of luck for Karl and Kati on their way home!

I saw a bit snowing on the nest in the morning. And there is still snow on the ground.
Top

Here is a Birdmap image of Karl's location now. We can follow him all the way home! 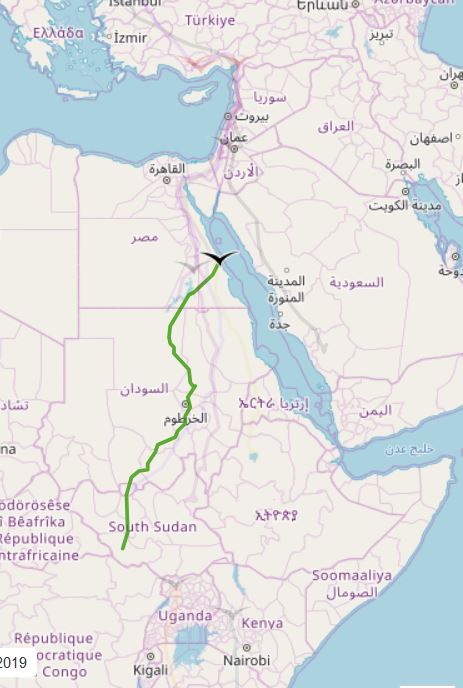 Another map location for Karl - posted by Solo on another topic.
Thanks Solo. 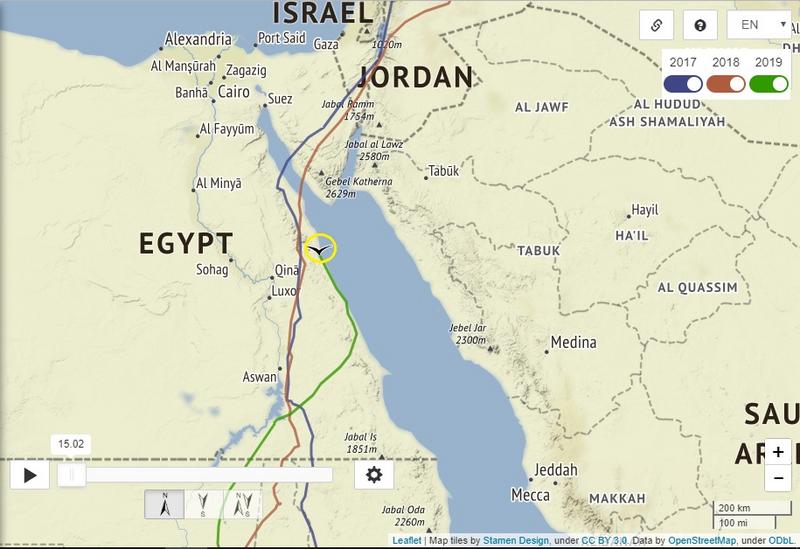 5:16 Black birds are singing beautifully. Behind the trees I see already daylight.

Michi, thank you for the great picture! 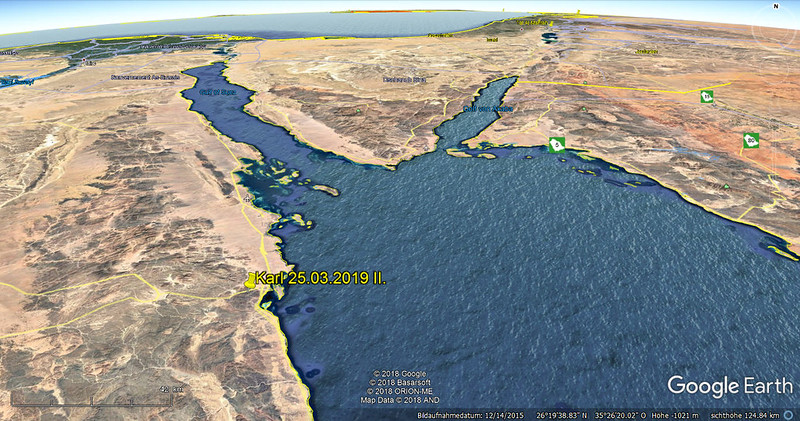 Karl is travelling fast now. He is in Jordan.
Again, pictures by Solo - 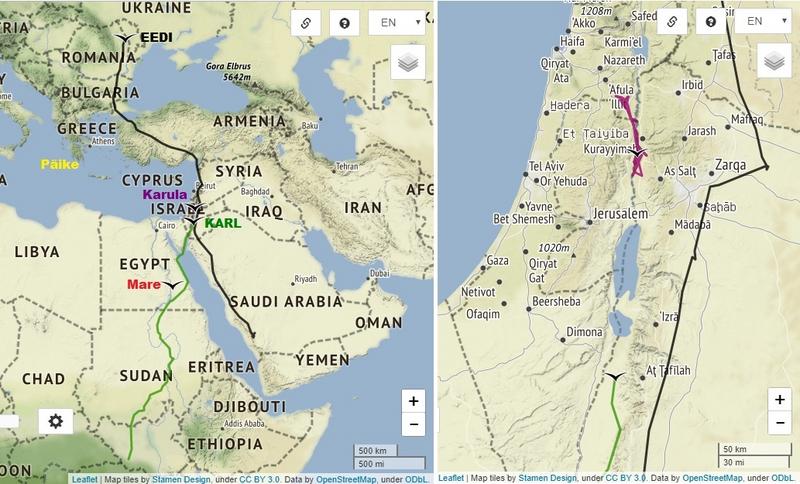 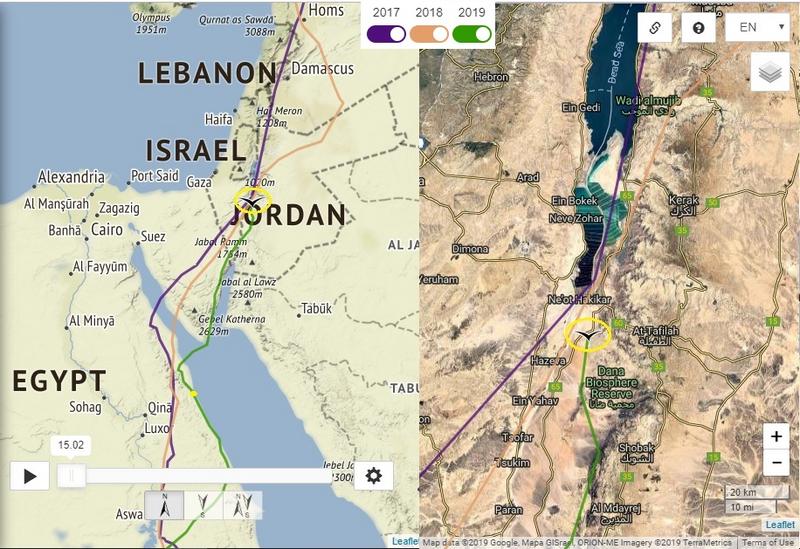 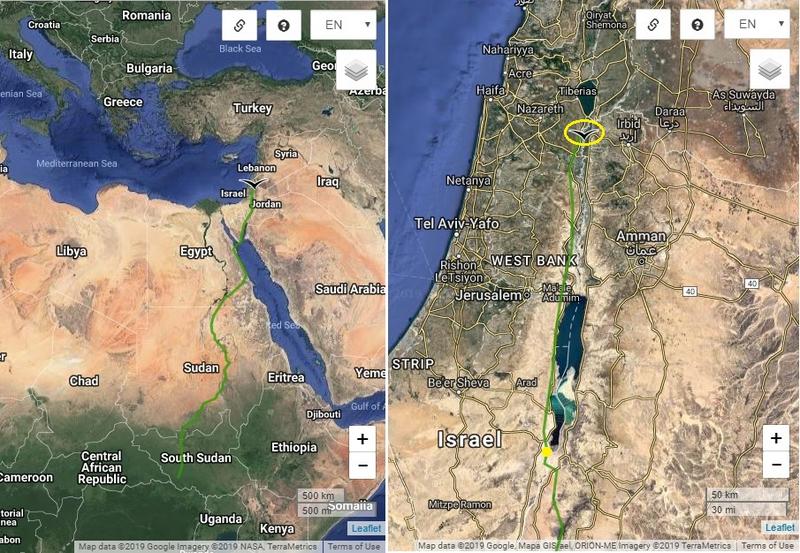 7:44 There is still snow on the ground. The nest looks great. Karl & Kati soon we will see you. 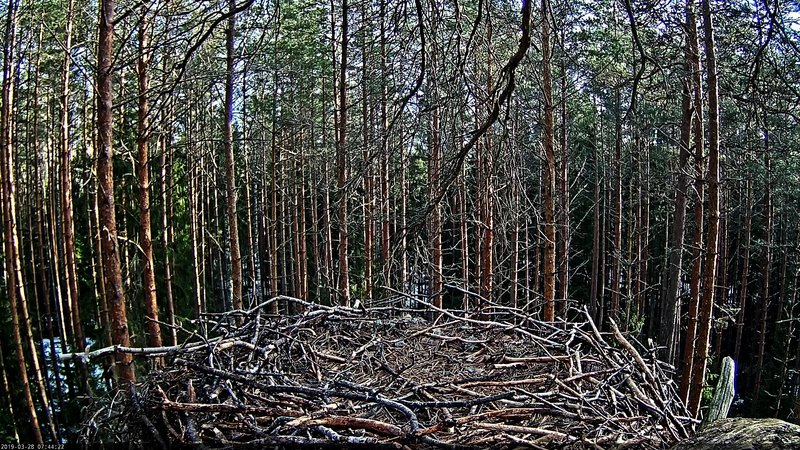 I've been watching her since this camera is online. Here I observe almost as closely as on the Latvian nest. I only observed the Hungarian nest less.
Top

that was for newbies here - what that means soon