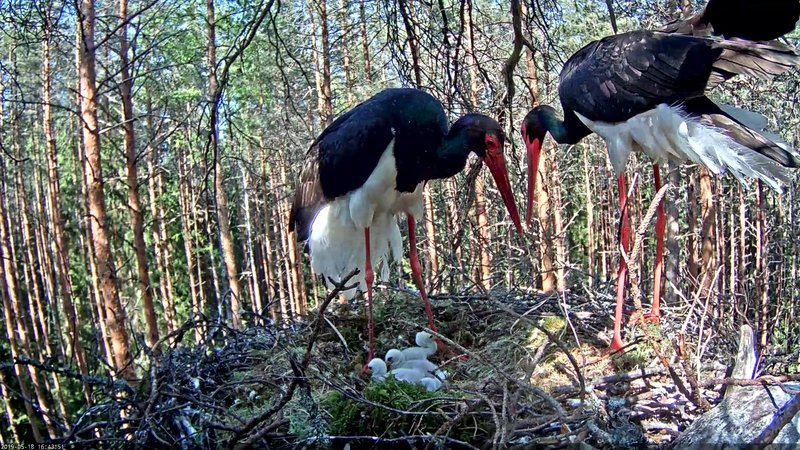 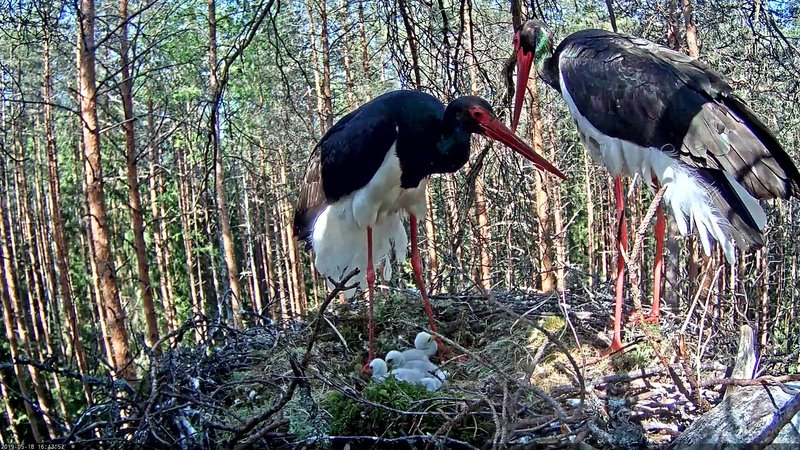 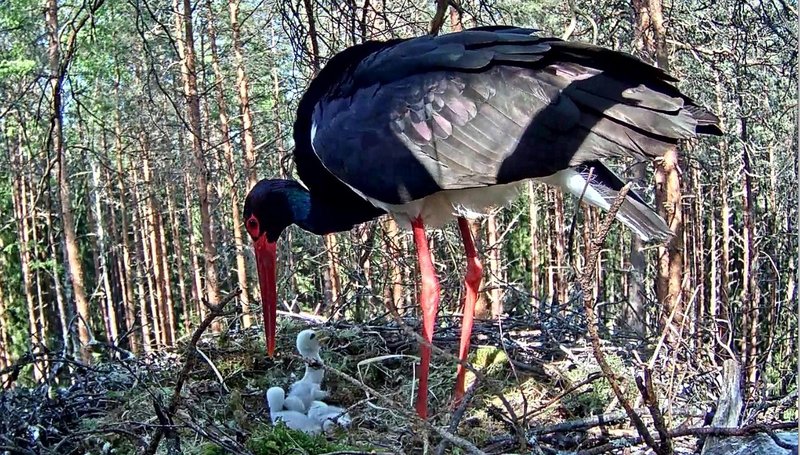 17:07 Feeding by Karl II. The smallest is under a sibling 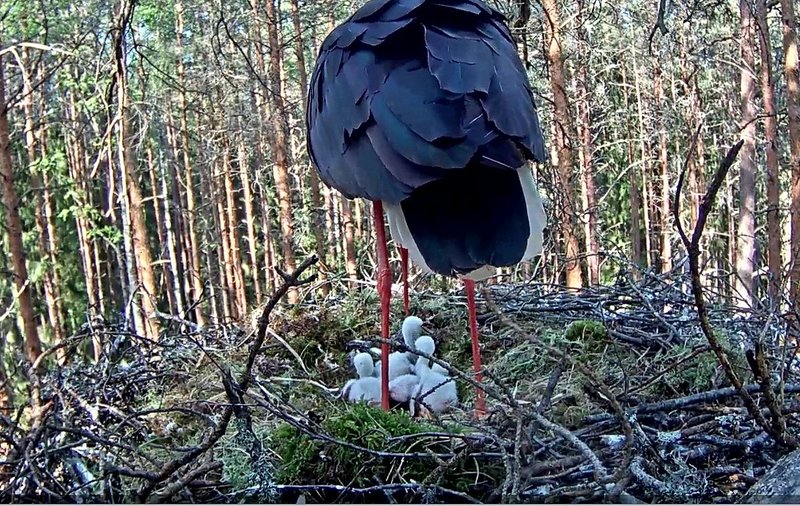 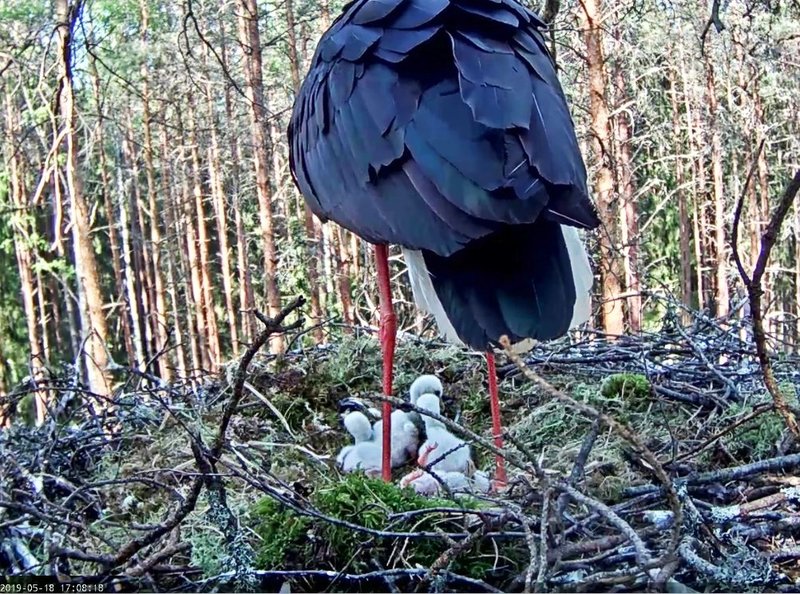 17:39 Karl II is feeding the smallest 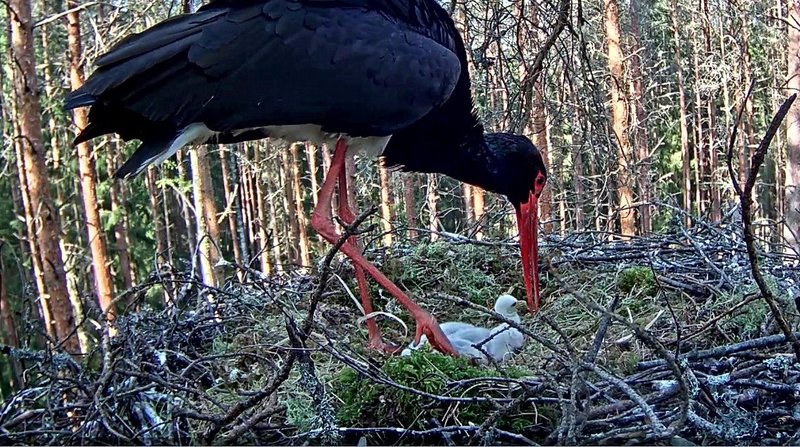 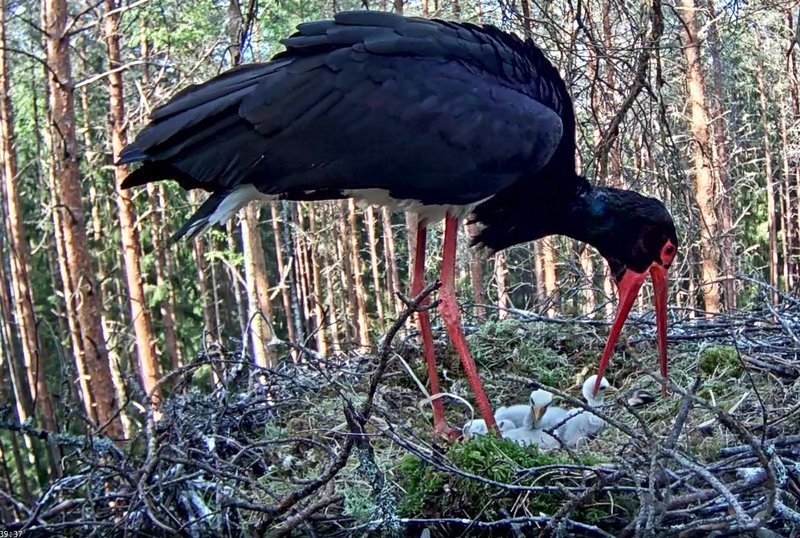 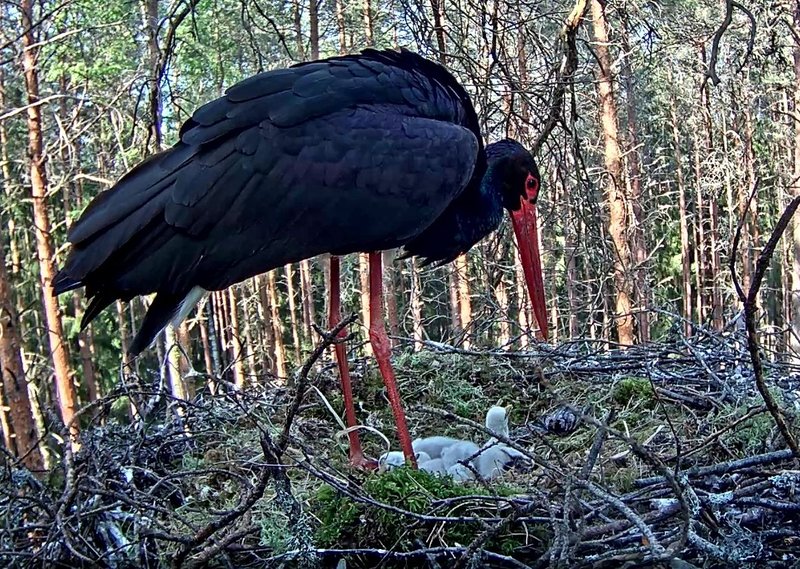 nothing else i had expected of this marvellous stork -
Karl the Second, the extraordinary male

Everything is different this year.

Let's wait and see what happens. I think if there is enough food, nothing bad will happen. And Karl II seems able to bring a lot of food.

Thank you, hope is very welcome

oh, thank you for this information, Liz! :-))
i'm very glad to read it, because i was already a little be afraid by watching the youngest. really a good message ! :-)
Top

There was another feeding at 18:46
The small chick was interested.
Unfortunately, it was again standing behind the bigger chicks.
The 3 other chicks are already bigger and stronger. 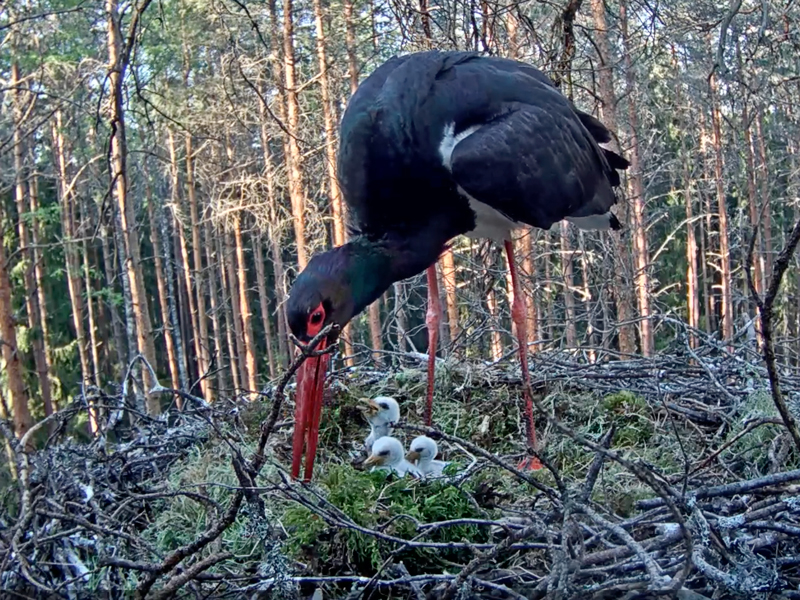 The little one leans on dad's toes. It seems to be a very lively little storklet too! 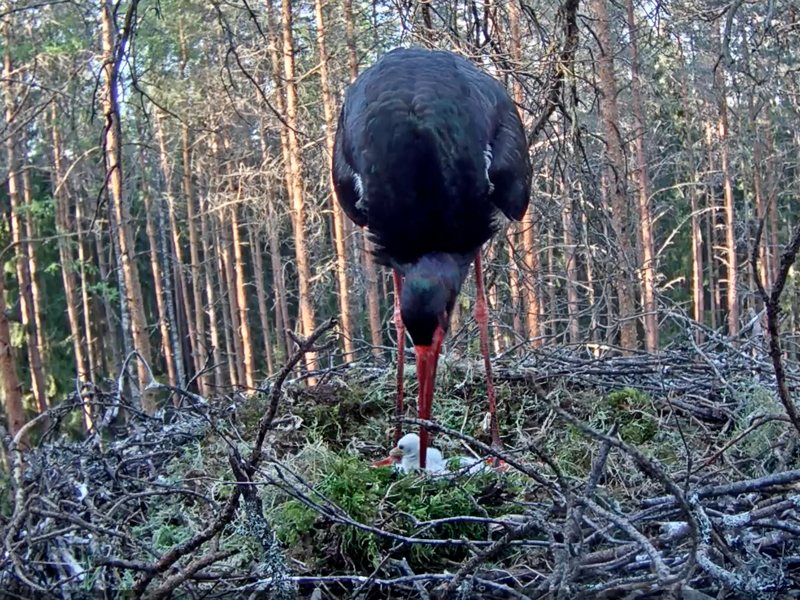 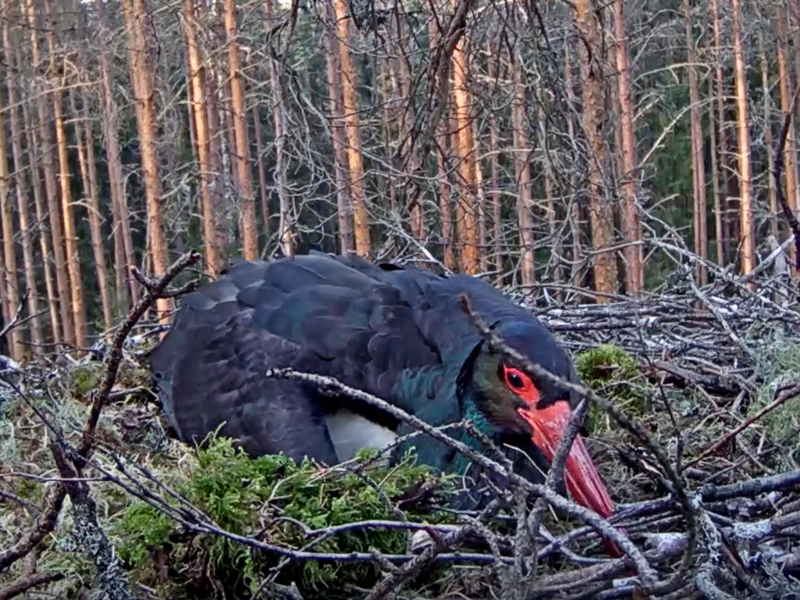 Although it is very encouraging that the small chick got a private feeding from Karl II, the next days will be crucial.
I cross my fingers.
“Clearly, animals know more than we think, and think a great deal more than we know.”
— Irene Pepperberg
Top

...
Although it is very encouraging that the small chick got a private feeding from Karl II, the next days will be crucial.
I cross my fingers.

Sorry for my human comment, I just feel sooooo human just now for the smallie, I just hope the Nature finds a way to save this little cutie ...

Since my last post, there have been several feedings.

19:22 Karl II gave another demo of how clever he is!
He regurgitated right in front of chick #4!

One bigger storklet was sleeping in the back, another bigger wasn't hungry, so only two were eating: the little one and a bigger one!

It wasn't a coincidence, I think. One can see how Karl II focuses on the little one during this feeding.
Oh boy, what a smart and caring father! :)) 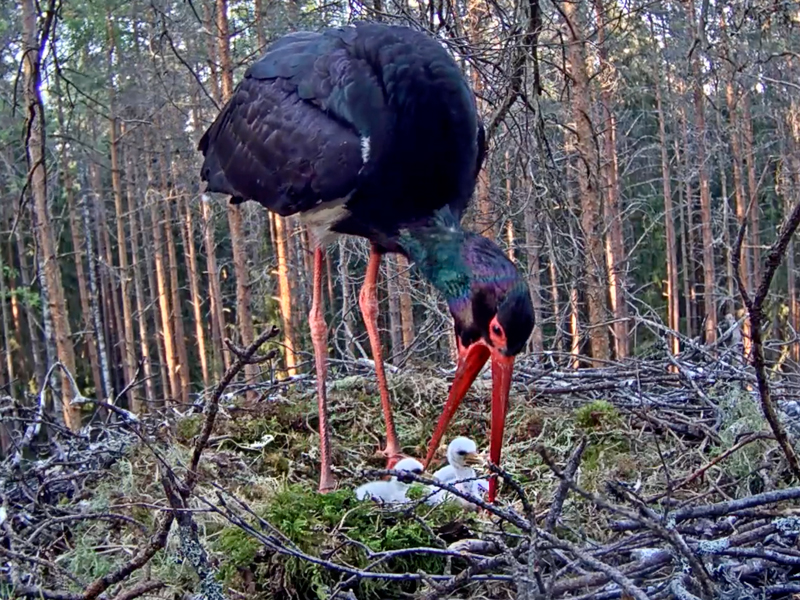 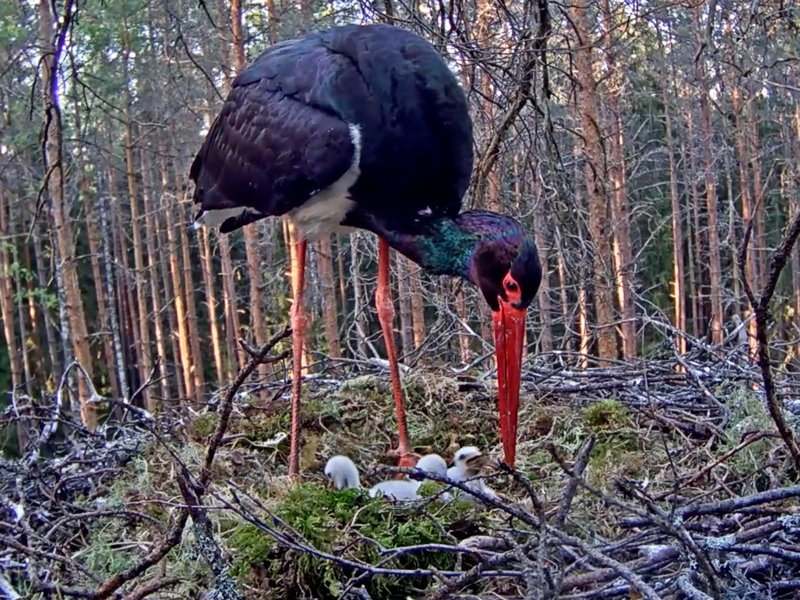 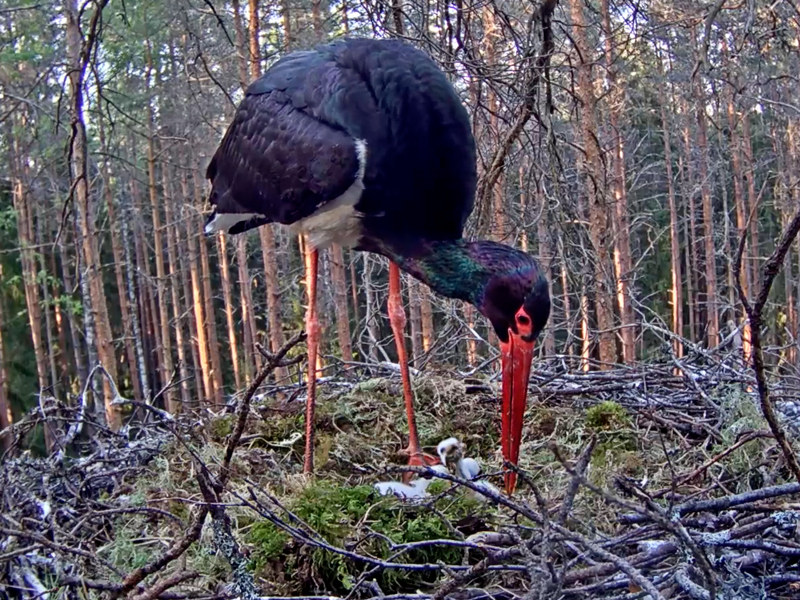 As Liz said, as long as there is plenty of food, things will be fine!
I think that, in the past, Kati only got nervous when her chicks were constantly begging and there was nothing in her crop to feed them.

Let's hope for the best.

So far, the youngest chick is doing very well! He seems to be just as healthy and as strong as the others. (but still smaller, of course)

Thank you all very much for the reports, pictures, videos and comments!
Good night, everyone.
“Clearly, animals know more than we think, and think a great deal more than we know.”
— Irene Pepperberg
Top

Hi Summi, I think maybe you meant your post for Hyacinth - hers was right under mine and mentioned not knowing the difference between Karl II and Kati.
Helen S.
Top

Sure I meant Hyacinth, sorry.

That's the best news of the day!

Thanks a lot for the video, Liz!

I saw the storklet eating little fishes. But it is really "egal"; the main thing is, the little belly gets something.

This amazing male is incredibly good in everything he does. If this continous - and I have no reason to doubt it - we will see a happy season.
I wonder where Karl II has breed before. He seems to be exceedingly experienced.

I fully agree, Anne. In Liz' video one could see it clear. Karl deliberately lured the smallest stork a bit aside to feed it there. He is so clever and very caring! Happy Kati and happy storklets! :-)

Another picture from the extra feeding of 17:39, because it was so nice. Taken from Liz' video. The little one could take a bath in small fishes. :) 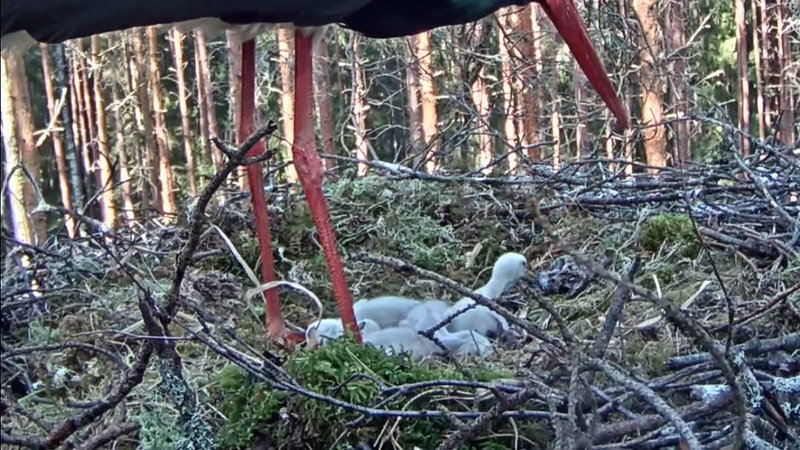 Many thanks to everyone for pictures, reports and comments!

Just some nice pictures when Karl II got up for a moment. 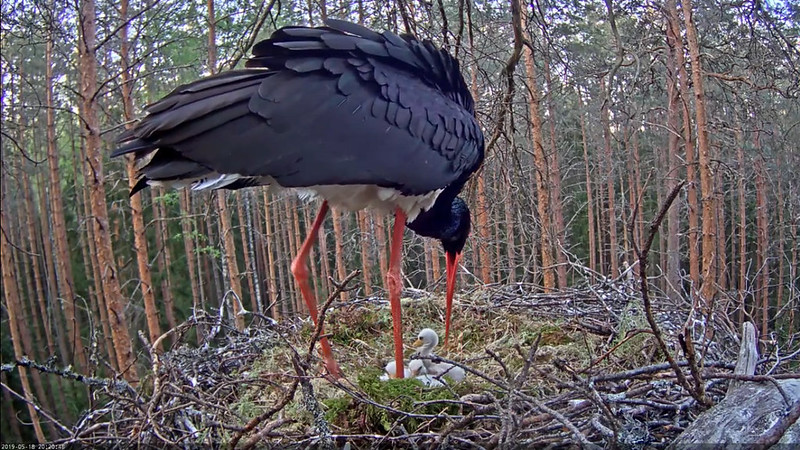 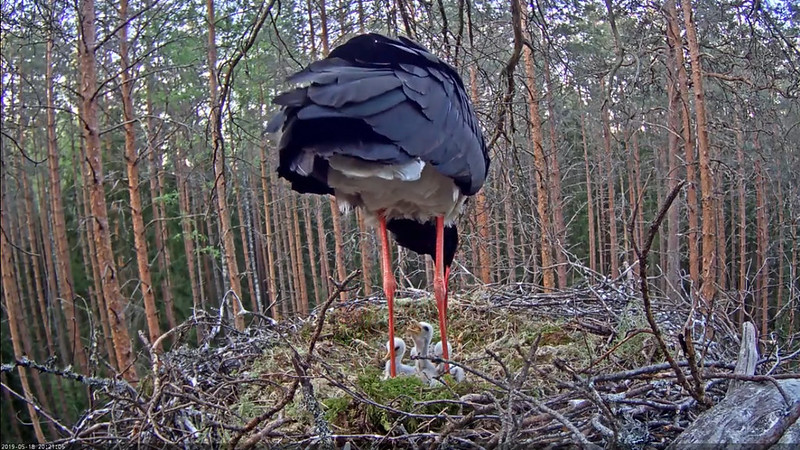 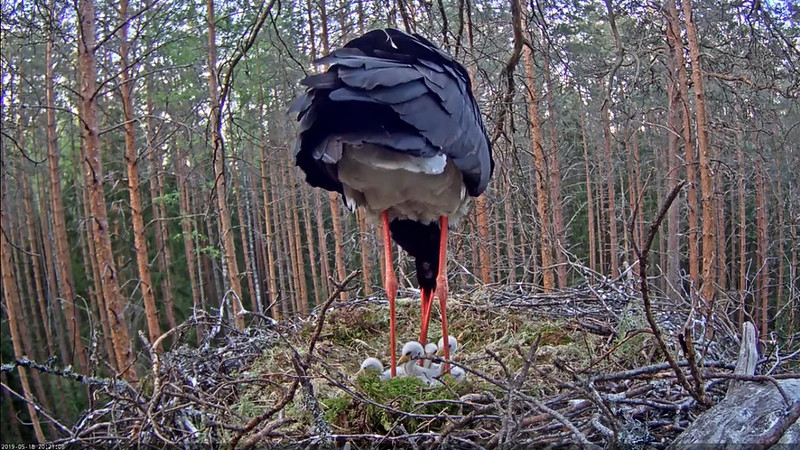 Thank you very much for nice pictures and interesting comments

5:13 It is a bit early for breakfast, but the little ones are ready for it

Kati is with the storklets. 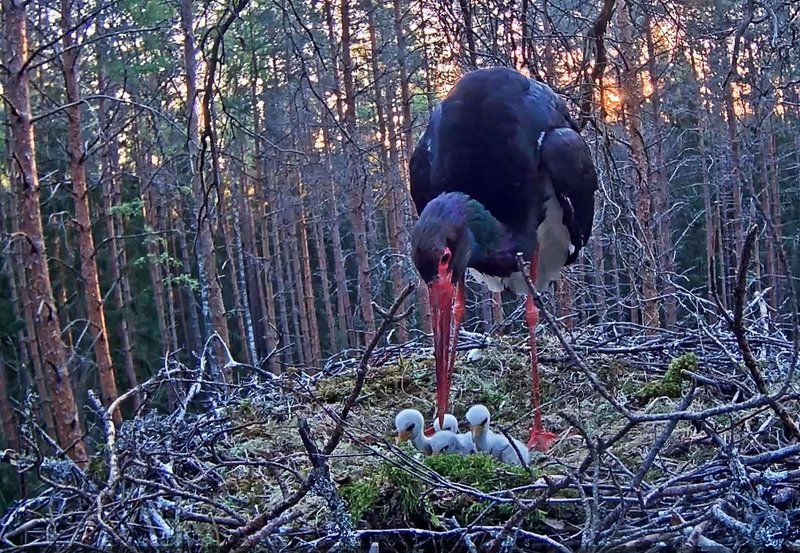 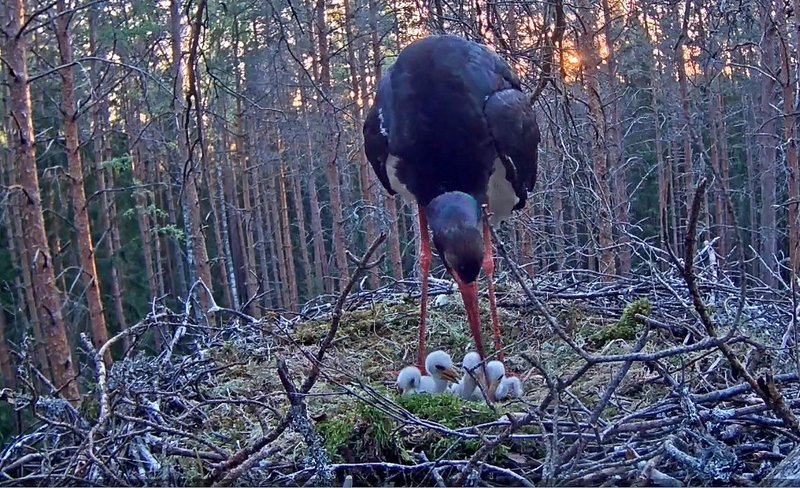 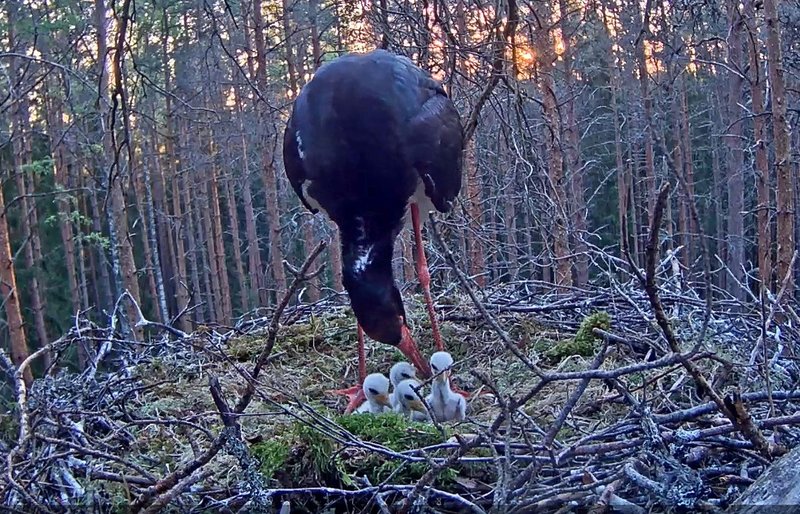 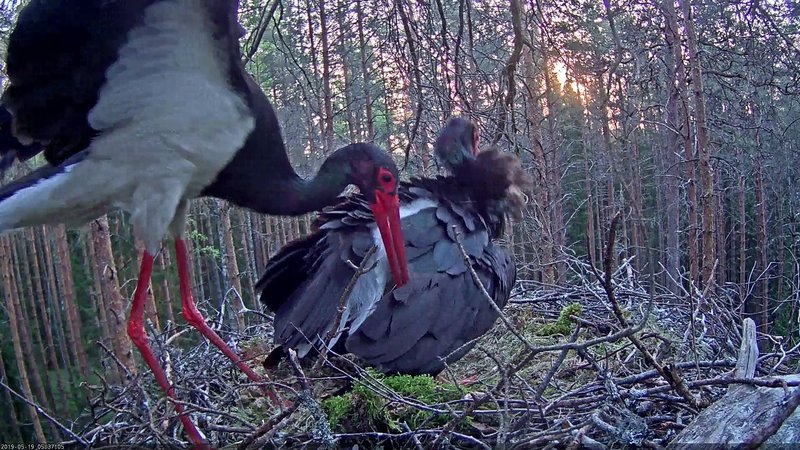 He immediately starts the feeding. Little #4 has a bad position 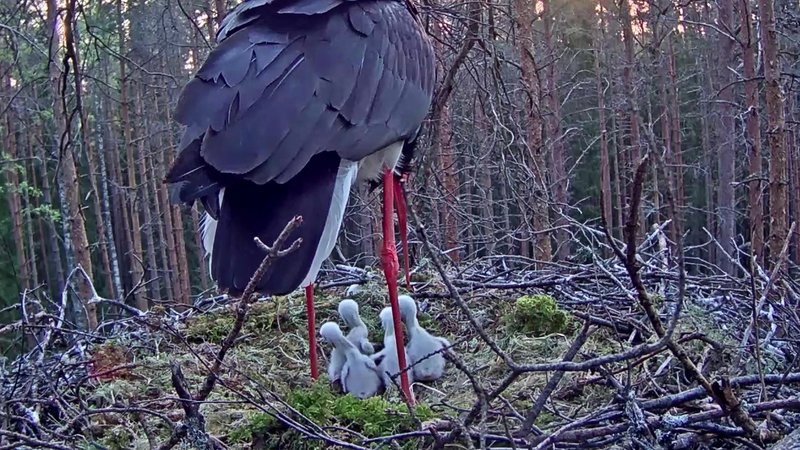 Now it's up front on the left 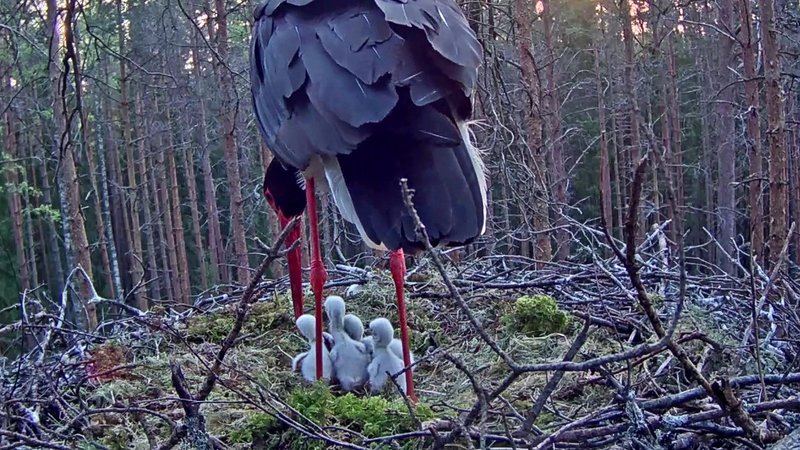 Karl had already eaten back. The little one begged and so Karl regurgitated again. Now everyone has eaten

I am deeply touched by this behavior.
I think it's an unusual behavior.


Sara, at the Hungarian nest, did it too. In a different way. She has taken special care of the youngest. It was in 2017.. little Benny. Tobias wanted to remove him from the nest.
Top

What is Karl II doing 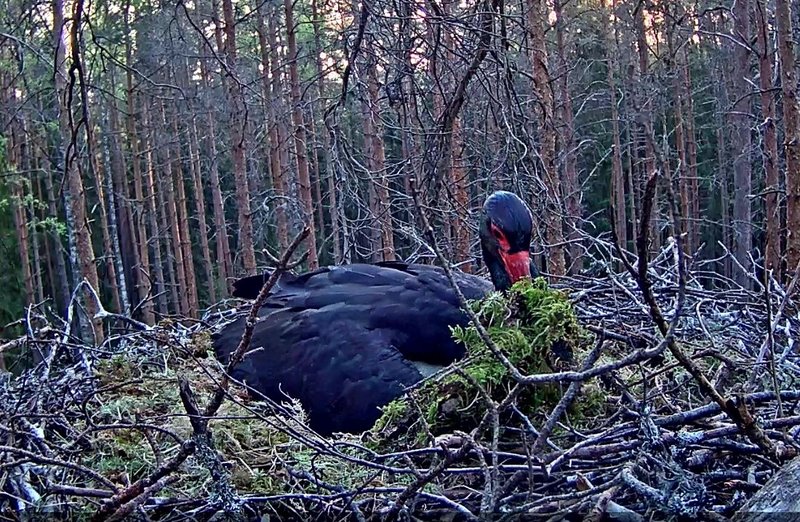 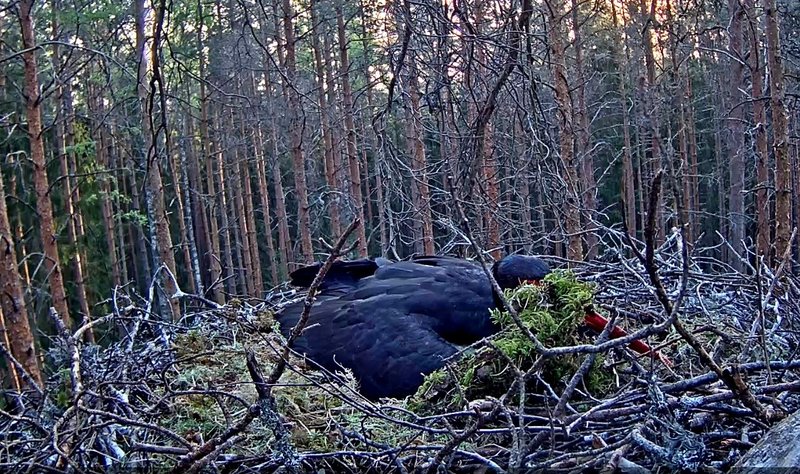