This is the nest of Lesser Spotted Eagles called Eha and Koit in Jõgeva county in eastern Estonia. It is situated about 20 km (~ 13 miles) from the other LSE nest by Tuuli and Remo. Originally it was some 70 m away from this site. In 2011 Eha and Koit built this nest and used it also in 2012.


In 2008, the pair on this nest, now called Eha and Koit, did not produce eggs or young.
In 2009, Eha laid eggs on April 21 and April 25 and two chicks hatched. However, this species practices cainism, that is, if the older chick is doing well, the younger chick is not fed and does not survive. The older chick, called Spot, was banded and fledged from the nest. Spot was later found injured not far from the nest and was taken to a rehabilitation facility, where he was treated and ultimately released.
2010 "Our lesser spotted eagles didn't have success with their breeding this year"
2011 Eha and Koit started working on the nest but then moved to the new nest site and raised one chick successfully. Due to the change no camera witnessed it.
2012 The camera was moved to the new site. A "new Eha" and Koit had one egg on May 5 and the eaglet - "Kalev" hatched on June 13. On July 20 he got ringed and left the nest in August.

Pontu camera makes a still photo every full minute. To view it, change date and hours + minutes to the frame you want to see 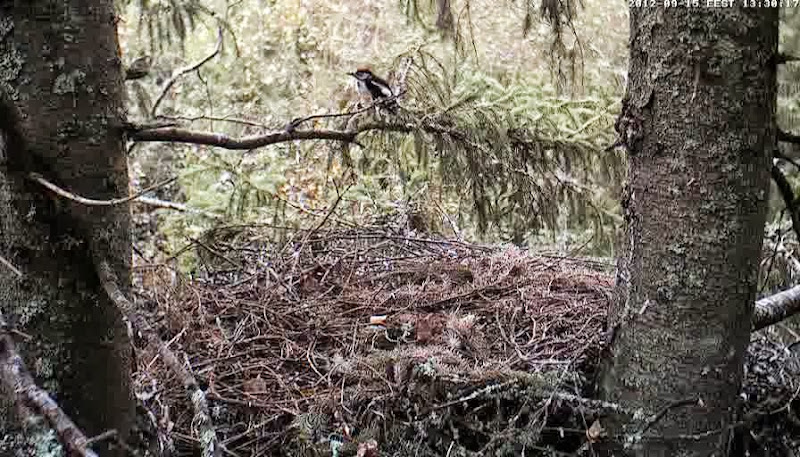 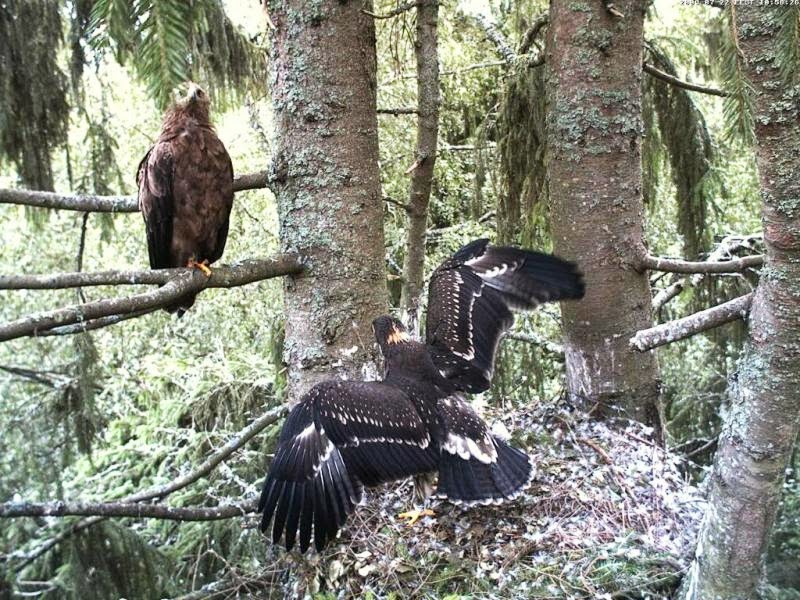 Kalev with Eha and Koit 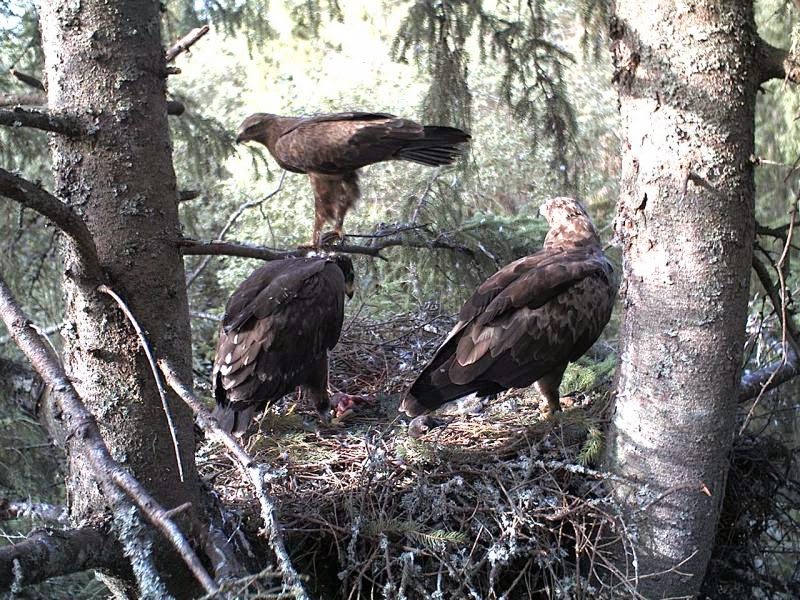 Facts about the 2013 season

Both eagles were already around when the camera started to work

Breeding time will be 38 - 41 days, so our hatch watch will start around the 10th of June.

The eaglet received by vote of the forum members the name Kai (July 7, 2013)


On Monday, August 8, Kai made the first outing and must have left the nest tree. The next two days we could see short visits by Kai and parents and the following days we still heard LSE calls in the vicinity of the nest.

A word of caution to everyone since we have two chicks in this nest this year!

Lesser Spotted Eagles generally raise only one chick every year, even if a second egg is laid and a chick hatches from the egg. A collection of articles and papers about cainism/siblicide you find in the Aquila Pomarina Database:
viewtopic.php?f=53&t=590

Be advised to be careful when reading and watching pictures and videos in this topic during the time between June 15 and 23!

Please remember:
The birds and animals in front of the webcams are animals in the wild, in their eternal struggle for survival. You have to be prepared for fight scenes with respective consequences! The operators of the cameras will very rarely interfere in nature's mundane hazards. The younger chick will not be taken out of the nest and set back later!
“One can measure the greatness and the moral progress of a nation by looking at how it treats its animals” (Mahatma Gandhi)
"You can judge a man's true character by the way he treats his fellow animals" (Paul McCartney) 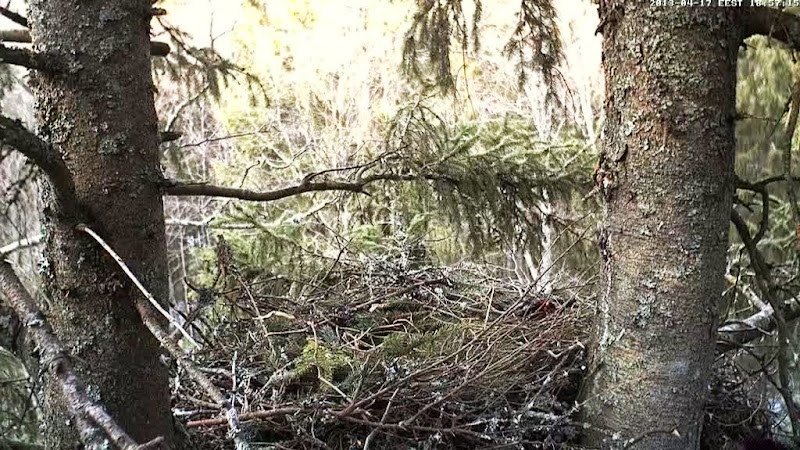 Thank you Felis for this wonderful introduction!

There was already movement at the nest

Someone we know - Koit!

And there is already some greenery at the nest, looks like green twigs. 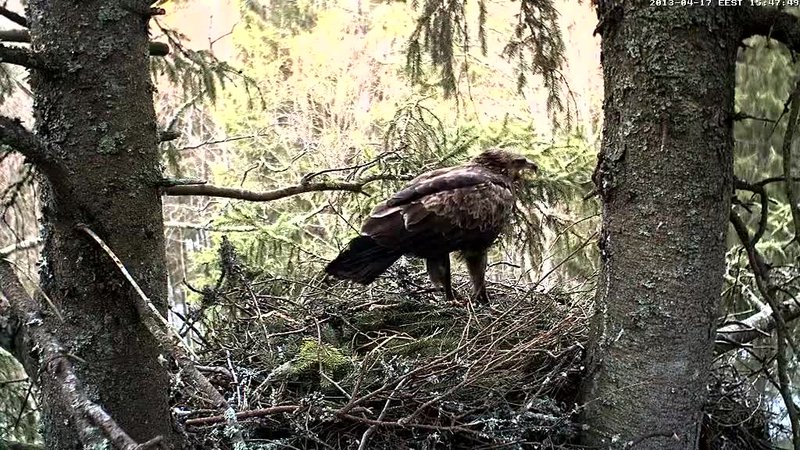 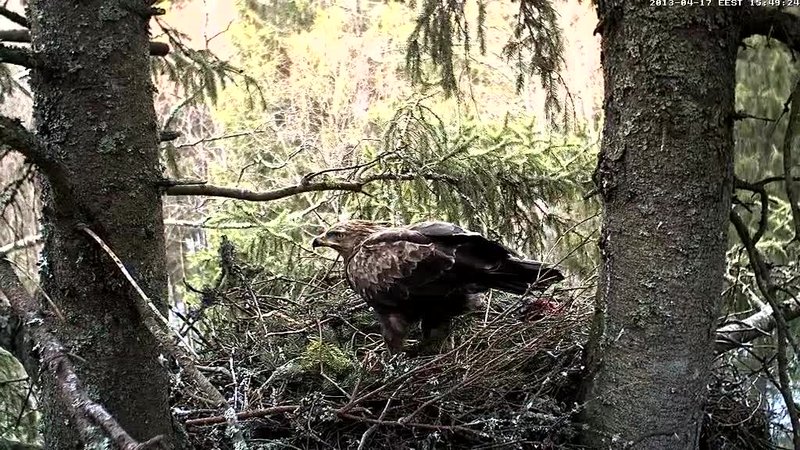 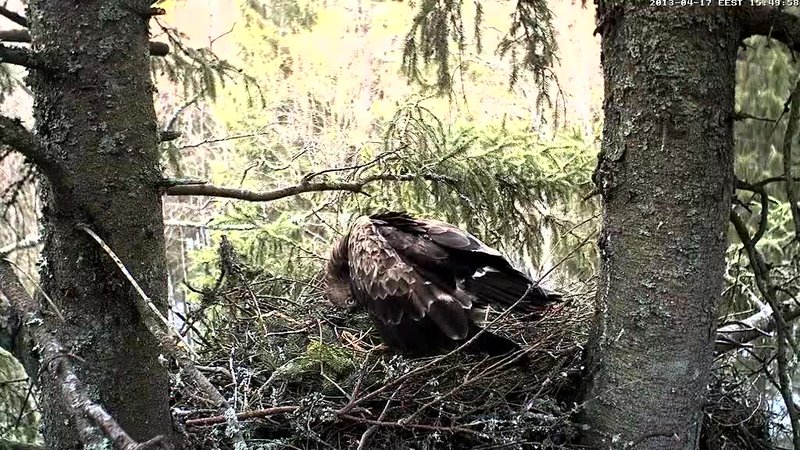 He had already brought prey to the nest - as a gift for his mate?
When he called out in the forest another bird responded to him 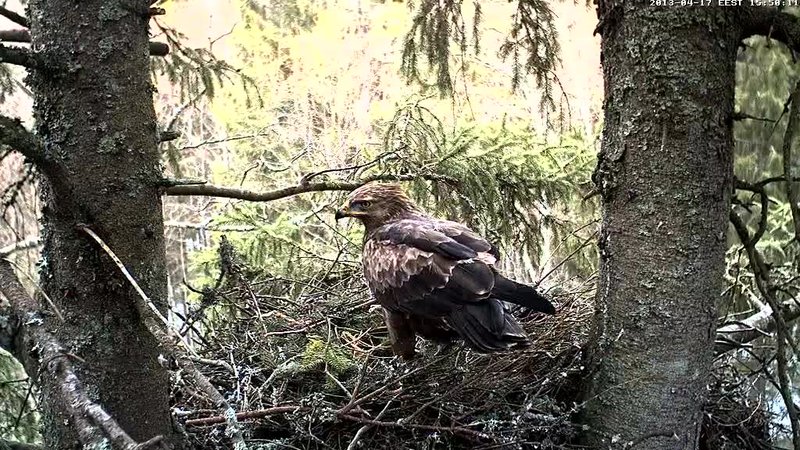 Is it a prey on the far right side of the nest?
Top

He is eating a big mouse.
Top

It is the prey that was on the nestrim 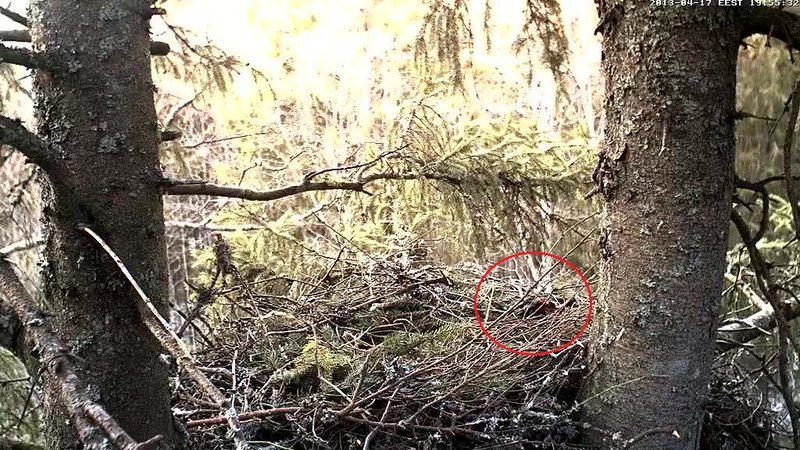 When I´m right and it is Koit his plumage seems a bit brighter than last season, hm?
Nature does nothing in vain (Aristoteles)
Top

Yes, it was his dinner mouse.
Top

Is it Koit? I have not seen him properly.
Top

Looks like Koit(?) arrived yesterday or even earlier but not today: the nest is completely ready for living.
Top

Bea wrote: When I´m right and it is Koit his plumage seems a bit brighter than last season, hm?

I agree, Bea! He seems brighter than last year.

Thank you for your answer, Asteria 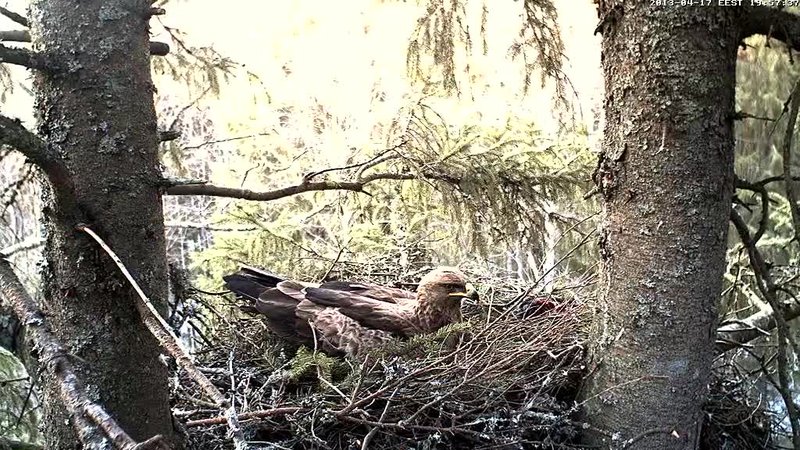 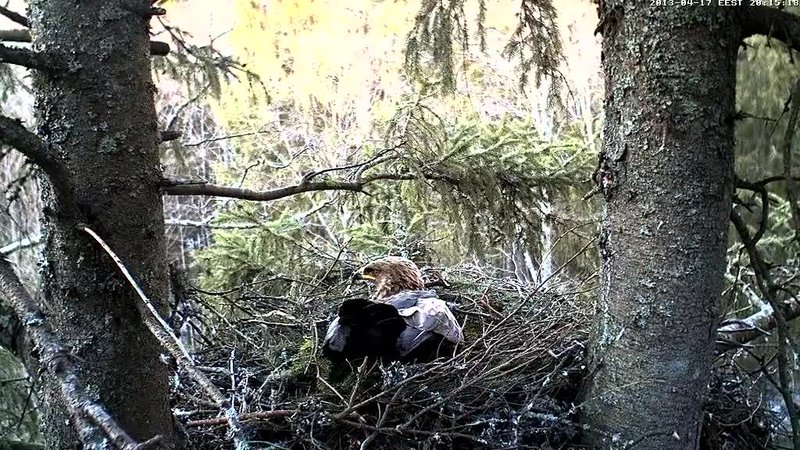 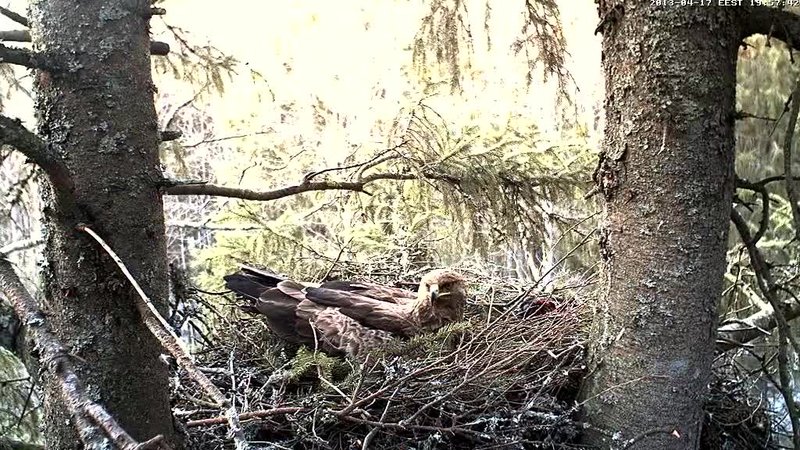 It´s every year the same in the beginning

Is it the same bird from last year and when yes - which one?

How to distinguish Eha & Koit?
I don't know why, but I think this is Eha?
Because from last year, female calls a lot, and I never heard male calls.
Top

I don't think it is Koit, but whoever it is - it is a beautiful bird

and I have missed the screeches! I have my sound on full!

You could be right, javabird --- and I was mistaken

When I had the first look at the bird this afternoon I was sure to see Koit!
Probably it will be easier when second bird appears and we can compare them being together.

In the afternoon a bird responded from forest!
Nature does nothing in vain (Aristoteles)
Top

Maybe it is Eha, because she calls a lot and differs from Koit. Males are more "leggy".
Top
Locked
4129 posts