08:07 - A little brave bird was collecting nest material from the nest, lovely and soft, down

It worries me that we have not seen them on the nest now for 2 days. I have not seen them at all, they have come at times, when I could not watch. Hearing LSE voices raise the suspicion that maybe they use their old nest or make again a completely new one? Would be a pity as the other nest is empty too and the Latvians also seem to have problems. There we may not get to see Mētra and Mačo, but a different nest. If at all. Either the LSE are all late this year or ... ?
Well, still time to hope and keep fingers crossed very firmly! A season without LSE

Felis, it's my worries too. I always think it's difficult to "catch" them in the nest in the beginning of the season, but now no one else have seen them either:(
This morning they were calling from the forest, so I was hoping to see them, but unfortunatley, they didn't come.
The thought occurred to me, that they might build a new nest, or use the old one, they have done it before. The old nest it's not far away, so maybe we can hear them?? And no one have even turned up in Tuuli and Remo's nest, and now you say we may not watch Metra and Mačo either. I was worried about that too, since they have not opened the cam yet...
A season without LSE's is almost unthinkable

Oh, that will be very sad when we couldn't see all "our" LSE's. Hopefully you're wrong, Felis and the eagle's will still arrive. Hope dies last

one eagle has been calling for a long time, very close to the nest but has not been allowed to see

Lussi and Manu - I have my "knowledge" from the Latvian forum where I sometimes sneak in to have a look and with the help of google Translator I found this (taken form Dabasdati.lv Forum - I hope I won't get into trouble for copying this translation over)

Greetings to all of Ugis Bergmanis
Small eagles live to be connected to the most likely tomorrow. And most likely it will not MM, but other eagles nest, both of which are already arriving, mate and build a nest.
At MM jack also has a camera, but there's much cleared forest area, Metra Ugis feared or be willing to nest in the area. But we'll see.
“One can measure the greatness and the moral progress of a nation by looking at how it treats its animals” (Mahatma Gandhi)
"You can judge a man's true character by the way he treats his fellow animals" (Paul McCartney)

Thank you for the information Felis, all we can do is wait and see

(I cross my fingers and toes, and hope at least one of the nests succeed)
Top 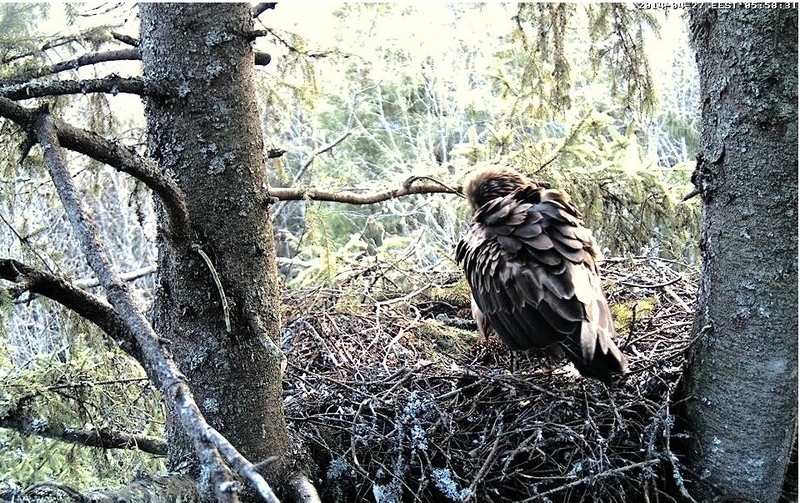 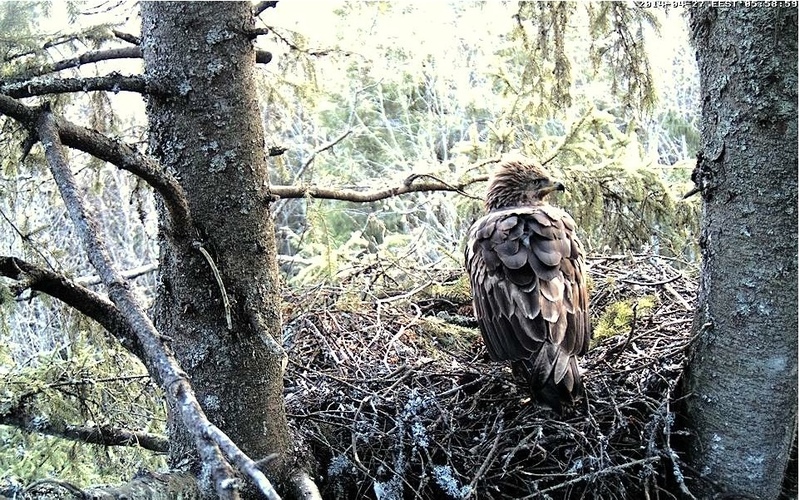 06:00 Tried to login and in this time eagle take off 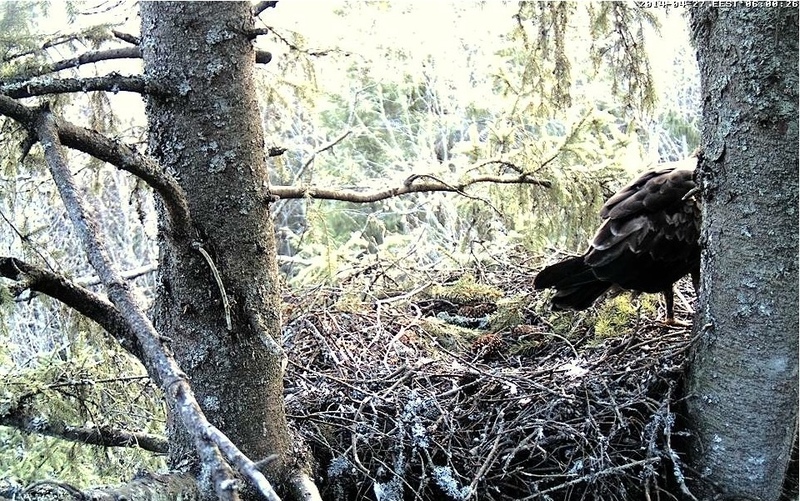 ,
this is so beautiful

hopefully they occupy the nest

yes, it is so great to see an eagle here

. So let us hope for Eha and Koit in this nest. 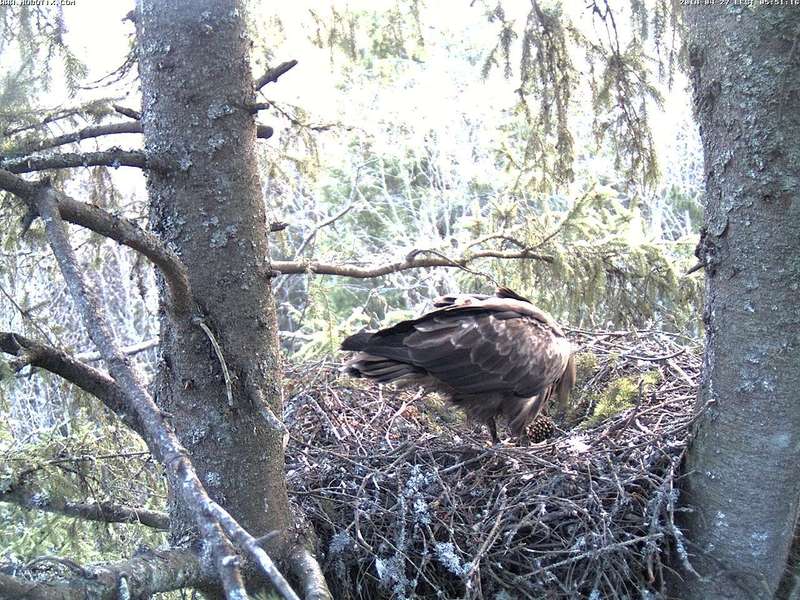 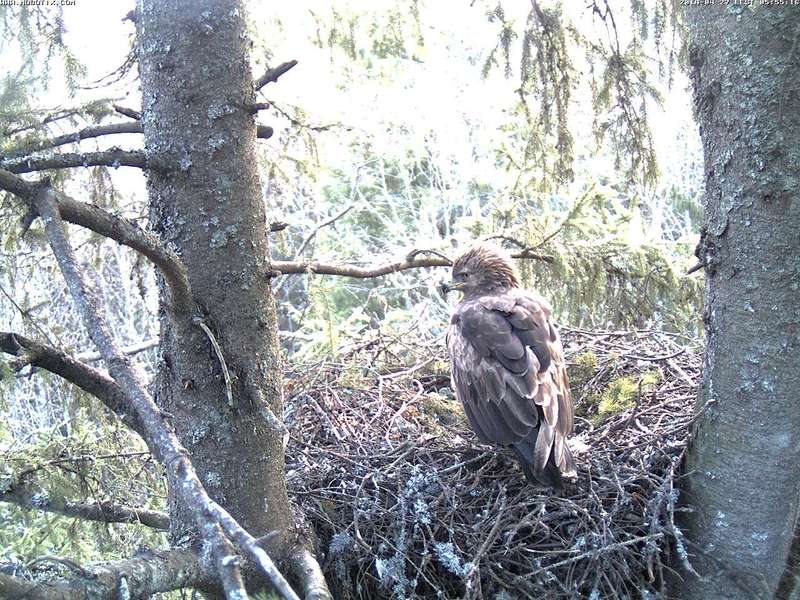 Eagle was back for one minute, maybe the same, maybe not 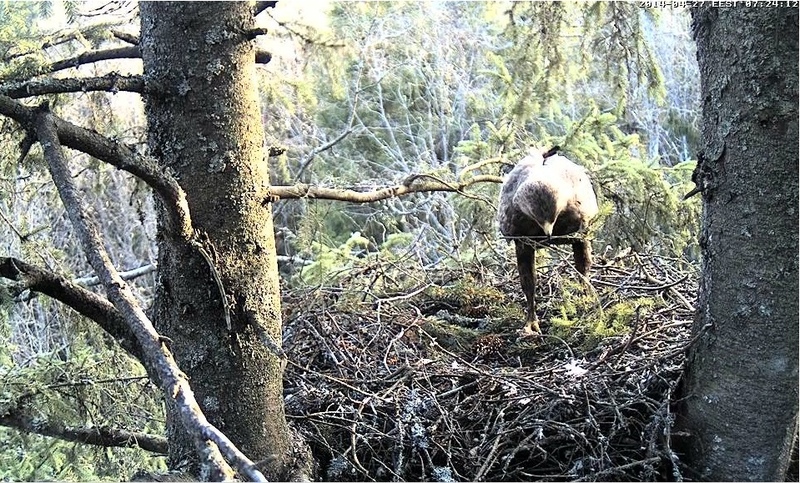 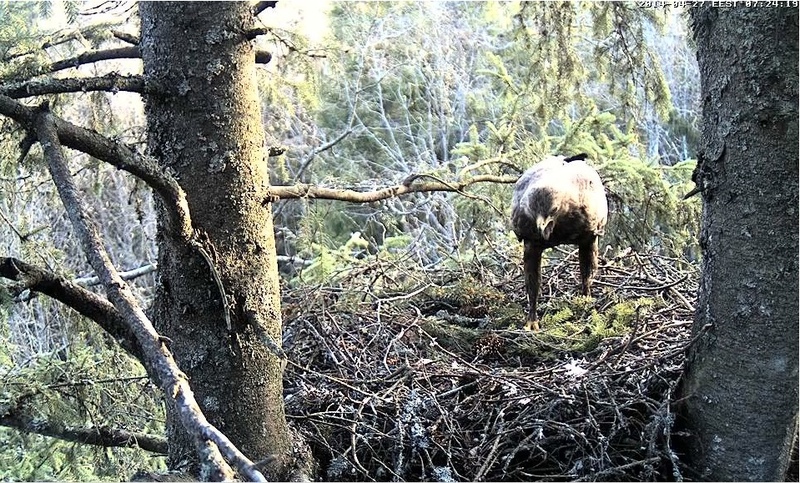 some seconds before take off 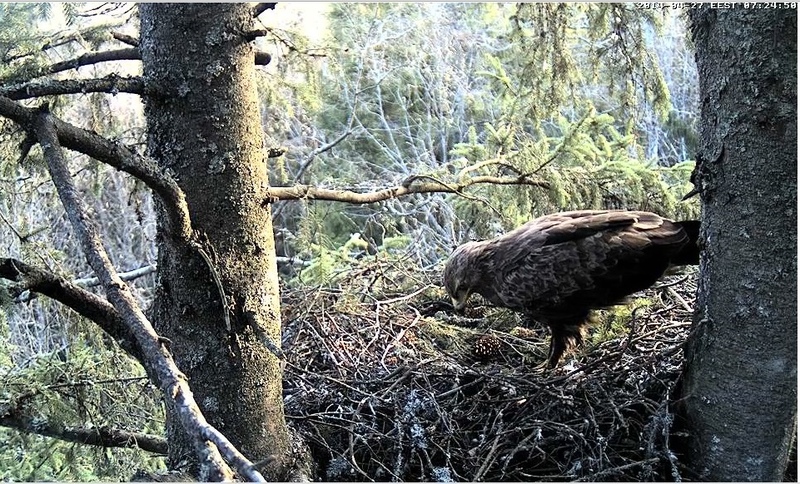 7:24
It has only been a few seconds, but is close, your calls are heard 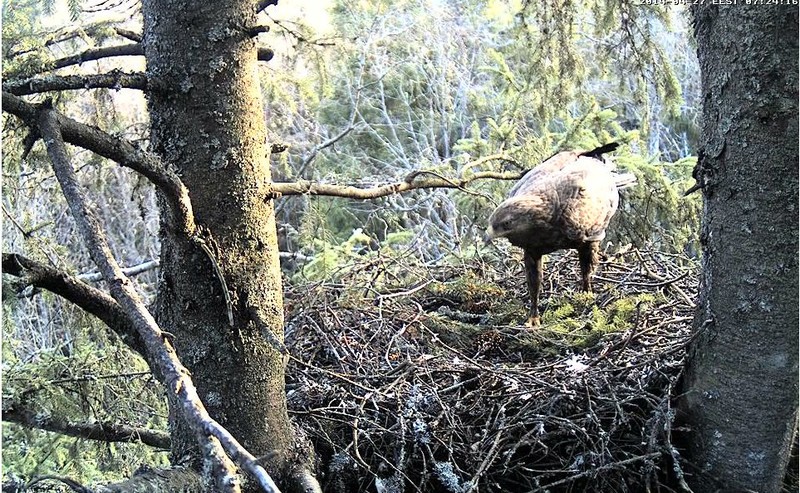 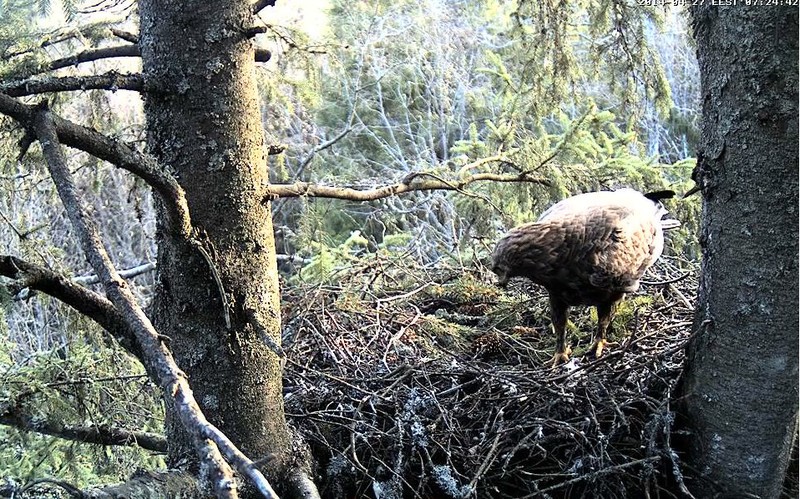 Shanta and Airras, what a lovely sight, so it's still hope - thank you for the pictures

edited: According to Felis Silvestris info removed info to viewtopic.php?f=71&t=664
We are living in a dangerous age. Human beings dominate nature, before they have learned to control themselves. -Albert Schweitzer
I have been studying the traits and dispositions of the so-called "lower animals" versus the traits and dispositions of man. The result humiliates me. - Mark Twain
Top

Please post your observations here meanwhile - we will have an own topic for it soon - and move the posts to its proper place then.
Nature does nothing in vain (Aristoteles)
Top

Thank you lianaliesma - it's not the Metra/Macho one? For that I have a topic ready, so we have to improvise ...


Edit: link for the discussion of the Latvian LSE nest: viewtopic.php?f=71&t=664
“One can measure the greatness and the moral progress of a nation by looking at how it treats its animals” (Mahatma Gandhi)
"You can judge a man's true character by the way he treats his fellow animals" (Paul McCartney)

Thanks a lot for the pictures of today

. So let us hope Eha and Koit will breed here in the cam-view

EDIT: And what a nice surprise to see the Latvian- nest is online and eagles are there too. Thank you, lianaliesma

The cam is not working