Last year we were not lucky and none of the known LSE pairs nested on one of the cam nests. This year we hope the cam is placed on the right site and the eagles will return in time for breeding. Reports from several tagged birds say all the same, they are for some reason held up in Africa.
The old Black Stork Nest called "Tooni" will not get a webcam this season. The camera system is presently used at the second buzzard nest.

Please remember:
The birds and animals in front of the webcams are animals in the wild, in their natural struggle for survival. You have to be prepared for fight scenes with respective consequences! The operators of the cameras will not interfere. Should 2 chicks, the younger chick will not be taken out of the nest and set back later!
“One can measure the greatness and the moral progress of a nation by looking at how it treats its animals” (Mahatma Gandhi)
"You can judge a man's true character by the way he treats his fellow animals" (Paul McCartney)

A short history of the Konnakotkas nest and camera:

In 2008, the pair on this nest, now called Eha and Koit, did not produce eggs or young.
In 2009, Eha laid eggs on April 21 and April 25 and two chicks hatched. However, this species practices cainism, that is, if the older chick is doing well, the younger chick is not fed and does not survive. The older chick, called Spot, was banded and fledged from the nest. Spot was later found injured not far from the nest and was taken to a rehabilitation facility, where he was treated and ultimately released.
2010: "Our lesser spotted eagles didn't have success with their breeding this year"
2011: Eha and Koit started working on the nest but then moved to the new nest site and raised one chick successfully. Due to the change no camera witnessed it.
2012: The camera was moved to the new site. A "new Eha" and Koit had one egg on May 5 and the eaglet - "Kalev" hatched on June 13. On July 20 he got ringed and left the nest in August.
2013: Eha and Koit were already working on the nest when the camera started. Two eggs were laid, on May 3 and 7, two chicks hatched on June 11 and 15. Due to the species related behaviour called "cainism" (more information: viewtopic.php?f=53&t=590) only the older chick survived. It got the name Kai, was ringed (KY for Kai/Estonia and Matsalu 12614) on July 21.
Kai fledged on August 8
2014 we saw some short visits on the nest, but the eagles decided to use the old nest site once again.
“One can measure the greatness and the moral progress of a nation by looking at how it treats its animals” (Mahatma Gandhi)
"You can judge a man's true character by the way he treats his fellow animals" (Paul McCartney)

The camera has started while I was on my way home from work.

It looks like they chose the first nest site, which most probably was used last year.
Right now, judging from the migration maps, not only the Estonian one, and the reports, many LSE are still somewhere on the way or even still stuck in Africa. this could mean that many will be too late for starting to breed.

We will have to wait for what will happen, if "our" birds are coming home in time and if they take this nest or again switch again to the other one. 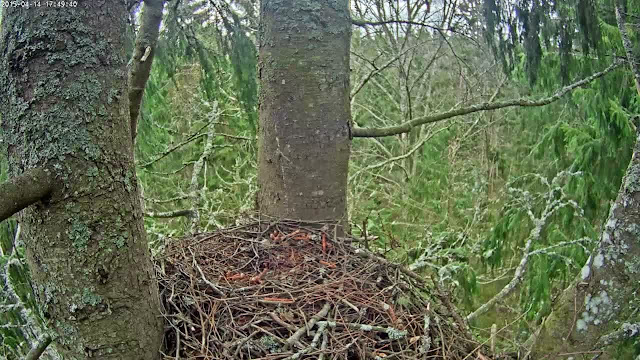 So it is the nest of Spot, not the nest of Kalev and it is not known which of two nests Koit and Eha will choose this year.
Top

No, the eaglemen can only take a guess. And yet it is not even sure that LSE will come back in time for breeding. We have to be aware of that!
“One can measure the greatness and the moral progress of a nation by looking at how it treats its animals” (Mahatma Gandhi)
"You can judge a man's true character by the way he treats his fellow animals" (Paul McCartney)

And that is where the problem is. Every year the cam operators have to choose the nest together with the eagle couple and that choice is not always the same.
Top

I have been waiting for the LSE camera - Thank you 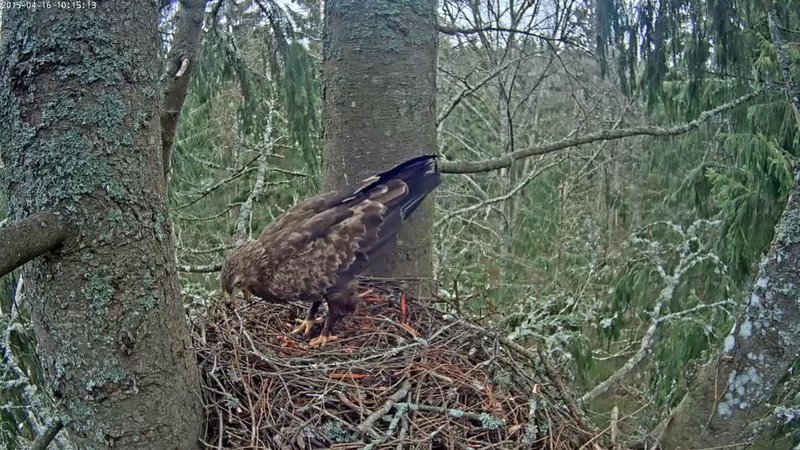 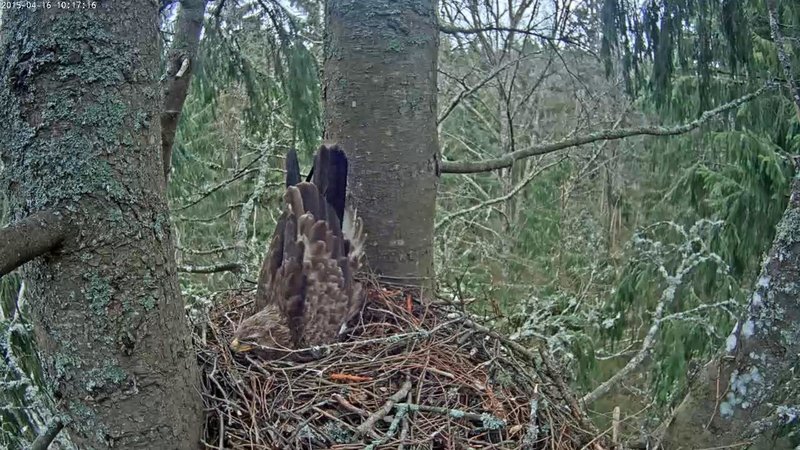 An LSE is back! Thank you Passion for pics!

Last year same date he came back. So was watching early in the morning, but all in nest was like before ... and now missed him 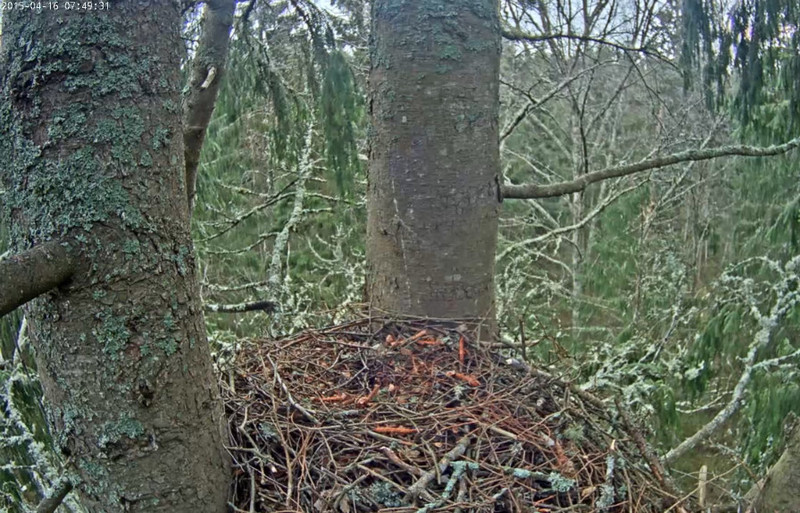 Thank you for pictures and video, Passion and Bea

And just because we love their sound so much

LSE came in with a dry twig in its beak!
Nature does nothing in vain (Aristoteles)
Top

Oh, an LSE is back! Welcome home after the long journey!

Thank you for the pictures, Passion!
Hopefully they like this place and stay here for breeding.

That made my day, as bad and stupid as it was until now!

after that I've been looking forward for months

I very much hope that this year all goes well 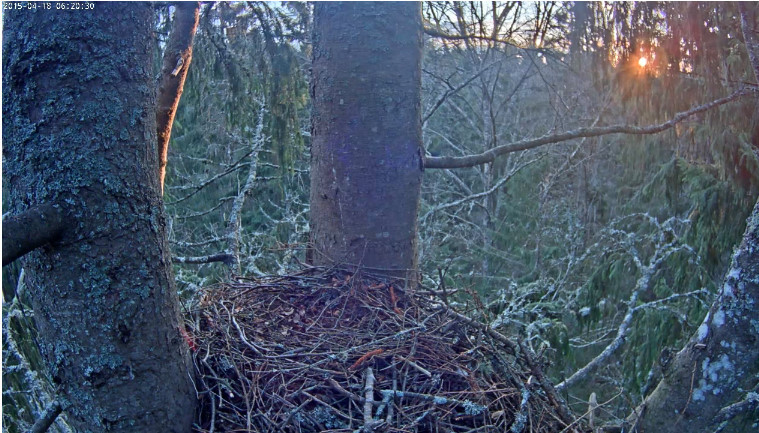 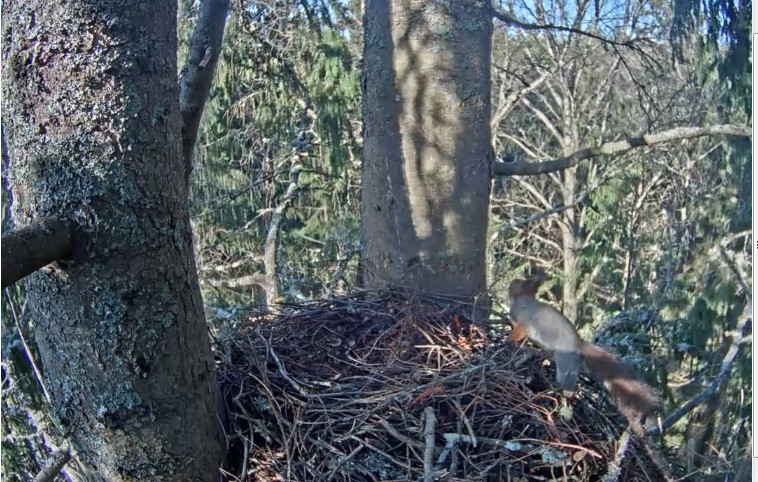 Have not seen an LSE, perhaps missed
Top

Lussi05 wrote:I have been waiting for the LSE camera - Thank you