We ringed the Manton Bay chicks this morning. All three looked in fantastic condition. Here are T8 and T6. T8's larger bill and head suggest that she is a female, whereas smaller T6 is a male. T7 is somewhere in between, but we think a female. 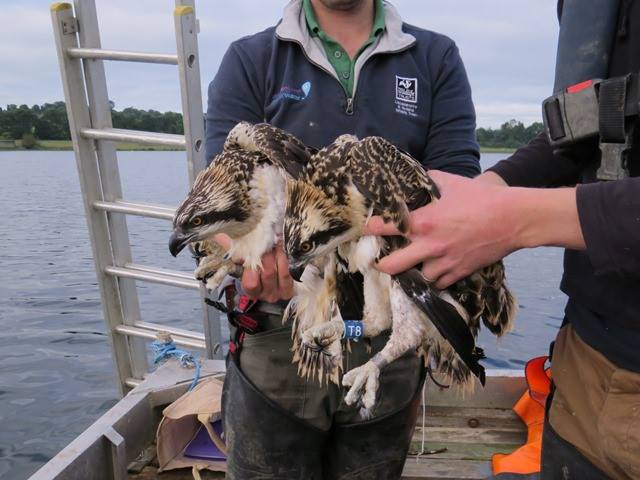 It doesn’t seem all that long ago that we were celebrating the fact that they had all hatched! Those eight weeks have flown by in a blur of feathers and fish, and in another few short weeks the Manton Bay brood of 2016 will be contemplating a 3,000 mile trip to Africa!

Now that the juveniles are all on the wing, there is not so much action on the nest itself anymore, and the webcam often only offers a view of an empty nest! Consequently, the best views of the ospreys at this time of year are to be had from Waderscrape and Shallow Water hides, down in Manton Bay. The youngsters are testing their wings and becoming more active and adventurous, and they are putting on a good show! Even the adults have been seen seemingly playing and having fun together, dive-bombing swans and grebes and displaying in the air.

Here is another superb video by Dave Cole, filmed over the past few days.
This video shows some of the action that can be witnessed from the hides
on the nature reserve, now that the young are flying.

The wonderful Manton Bay ospreys will be present around the nest site for at least another month, coming back to the nest whenever there is fish, and putting on amazing aerial displays! 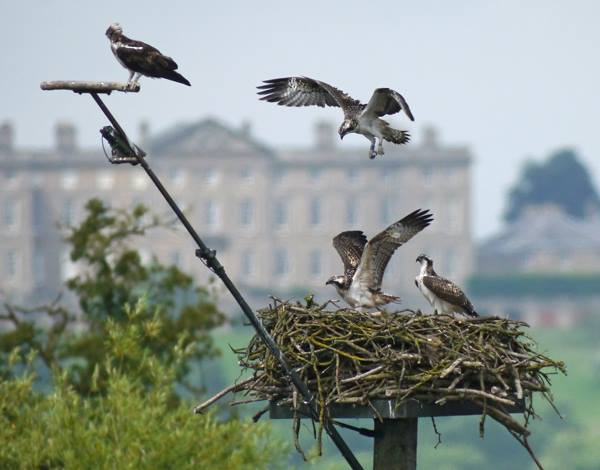 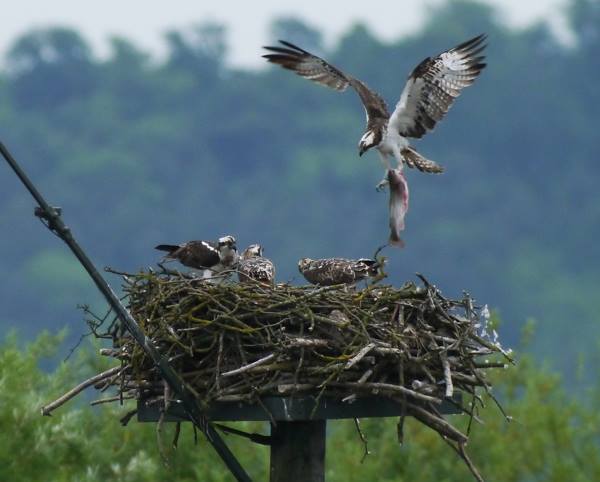 This season in Manton Bay, everything has occurred a little bit earlier than last year. Maya arrived back two weeks earlier, and 33 one week earlier; the eggs were laid ten days earlier; hatching occurred eight days earlier; and the juveniles fledged eleven days earlier. This has of course made us wonder whether the ospreys would migrate a week or so earlier this year too? In 2015, the first Manton Bay osprey set off on his migration on 29th August, and the last one to leave, Maya, did so on 3rd September. Is their instinct to migrate instigated by their age, which is usually 14 weeks at the time of migration, or by the time of year, which tends to be the end of August or early September?

Well, it would appear that the first option is the correct one, as T6 seems to have gone! I say “seems to have”, because I know what you’re all thinking – T6 disappeared for four days at the end of July and then returned. This time, however, the signs all point to her having left for good. The volunteers in the hide on Monday morning reported that one of the juveniles soared in circles higher and higher above the nest, then flew off purposefully southwards. This behaviour is usually a sure sign that a migration has begun. T7 and T8 were subsequently identified in the bay, therefore the juvenile who left must have been T6... 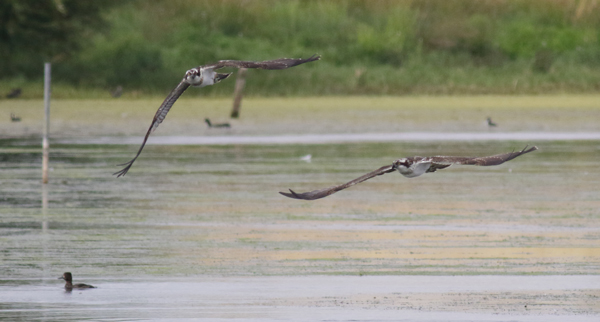 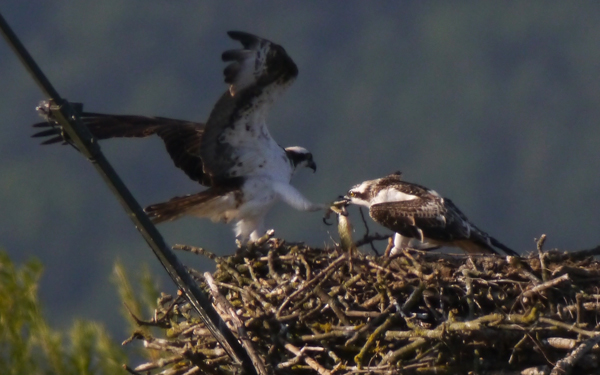 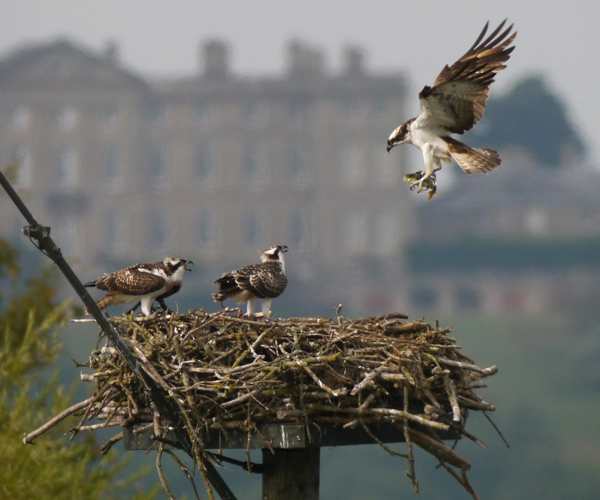 I just read on Twitter that Maya and 33 are still on the nest, 11 days after their last juvenile chick fledged!
I think that this is the first time I've heard of this behavior.

This beautiful video was shared on the Rutland Page on FB.
It is so nice to see the ospreys in Africa

You are welcome Ferenz! Great pictures too.Thank you!
I wish it would be next year and next spring!
Top

Webcam is on again but the nest is still empty. Hopefully Maya will arrive next week.

Osprey on the nest today!

The link about today events

Today on the nest 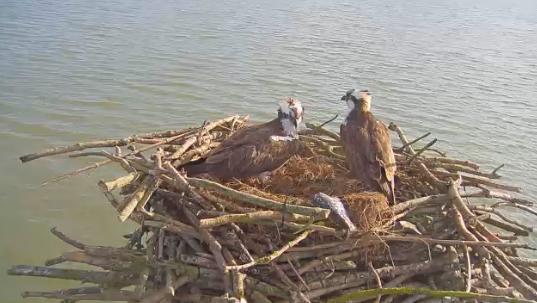 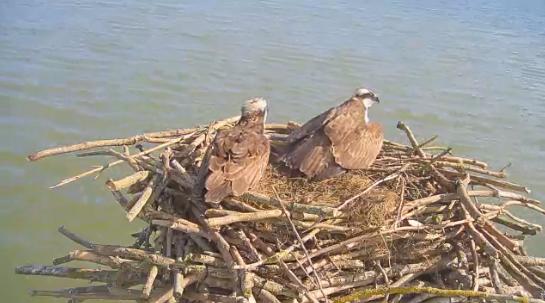 Congrat for my favourite ospreys 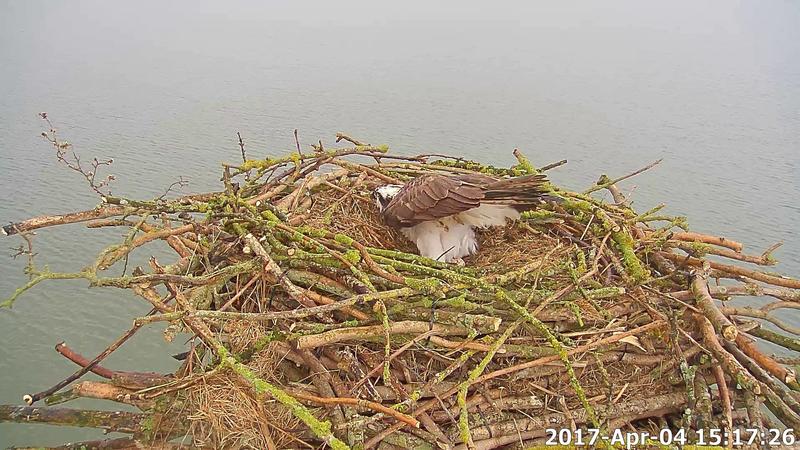 The second egg for the Manton Bay pair was laid today!
... close up of 33 settling down to incubate.

On the 10th April, just after 7am, Maya laid a 3rd egg, 3 days after her 2nd egg
and on the same date that she laid a 3rd egg last season! 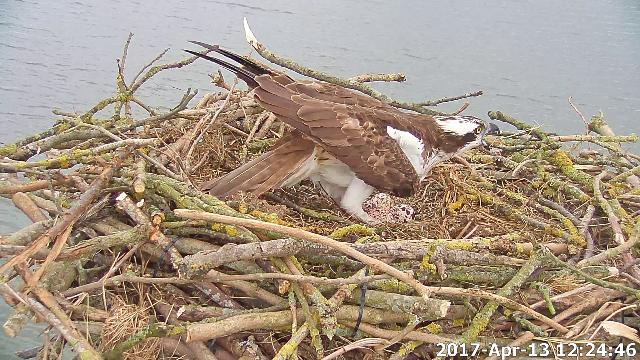