Osprey nest that we can watch in our computer screens, is located in the south-eastern part of Latvia in surroundings of town of Viesīte. It is known since 2008 but was built most probably already couple of years before that. Breeding success in this breeding territory has been quite good - only one year (in 2009) breeding was not successful, in other years at least one youngster has left the nest. In 2013 Ospreys in the nest raised three chicks, it should be noted that both of the adults were not ringed.

Webcam system at the nest was built in the 21st of March 2014, before the birds returned from their wintering areas. During the camera installation it was noticed that nest has partly collapsed during the winter, so it was decided to strengthen it with artificial support. The first Osprey (supposedly female) at the nest was observed on 3rd of April (this year it was the earliest known record of this species in Latvia), on coming week it was waiting for the arriving of its mate. While the real partner delayed, nest was visited by strangers, most probably the migrating birds - on 5th of April came color-ringed bird (on left leg red plastic ring with white numerals 083) – this eagle was ringed as a chick in the nest in year 2010, some 40 km SE from its recent observation place. On 7th of April another bird came, it has a metal ring on the left leg), while on 9th of April bird with a metal ring on right leg visited the nest. Later in the same day a non-ringed bird arrived (most probably the original partner) and both birds begun intensively to work on nest reconstruction.

The Forum users at looduskalender.ee have named the birds Lauma (female) and Pērkons (male).

The building of surveillance system was supported by the VAS LVRTC (JSC "Latvian State Radio and Television Centre ") and e – Paraksts (e-Signature), as well as "Apavi 40+" and guest house "Zvejnieki” in Īdeņa. Valuable assistance in building and maintenance of system was provided by Jānis Rudzītis, Aina Everte, Aldis Veinštoks, Jānis Paegļkalns and Vigonts Kuklis. System was partly built by the use of hardware that was obtained in frames of project “Eagles cross borders” (Estonian-Latvian cross border programme ESTLAT).


On 6. April [color=#FFBF00]Janis Kuze[/color] wrote:...this nest is actually naturally built, it was only strenghtened artificially this spring when camera was installed nearby. There is a lot of space for birds to put some new material on it. viewtopic.php?p=306932#p306932

Change the date (in two places) and the time (in 24-hour style) to see the archived picture for a particular day and time - there is one picture per minute.

We ask members to post no more than three pictures plus one video per posting, and pictures should not be larger than 800 x 600 pixels.

Too many pictures or videos, or pictures that are too big will be edited by admins/mods.
Top

28. June - Osprets were ringed by Aigars Kalvans
viewtopic.php?p=331803#p331803
They got metal rings on the right ankles and red rings with white letters on the left

It seems a new Osprey nest in Latvia is online: 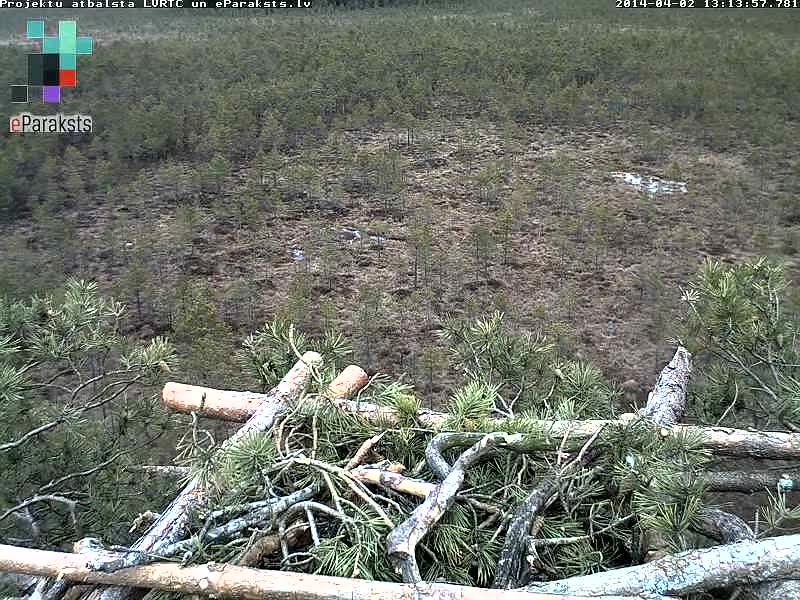 We will post new infos about it, as soon as we get them!
Nature does nothing in vain (Aristoteles)
Top

At first sight it does not look like the nest we already know - it seems to be a new nest in another location.

My first thought was: "what a pity, not another season with Ulla and Uldis" .... but next thought was: "Oh, wow, a new nest with other inhabitants, perhaps different behaviour and probably much more news and differences to discover!"

Thank you!
I am curious, about everything what gets on...!

Really happy , and nice to hear the evening sounds

There was a beautiful Osprey on the nest about 6:42 AM Nest Time.
Top

I think someone sit on the nest, out of view
Top

8:01
Grouse or ptarmigan sound? not sure

black Woodpecker call in the back and some other birds, Raven, Whooper swans
Top

Fleur wrote:8:01 Grouse or ptarmigan sound? not sure

Yes, Black Grouse (Tetrao tetrix). They are very active in early mornings everywhere in Latvia. We don't have any ptarmigans here in Latvia.
Top

vainamoinen wrote: Yes, Black Grouse (Tetrao tetrix). They are very active in early mornings everywhere in Latvia. We don't have any ptarmigans here in Latvia.

wow, great to hear Vainamoinen. Here with us, they are no longer in the country as far as I know
Top

Somebody sitting upstairs near the camera stand. I heard big wings at 08:48. At 8:52 departure.
Top

9:15
someone landed, song thrush singing?
or just a Blackbird. The sound is distorted a bit as they sit near the mic.

I'm so happy with this webcam.
So many sounds to hear, even till late in the evening

Now i'm off for a couple of hours

Oh wow - what a luck, Pontu pictures got some captures of the Osprey 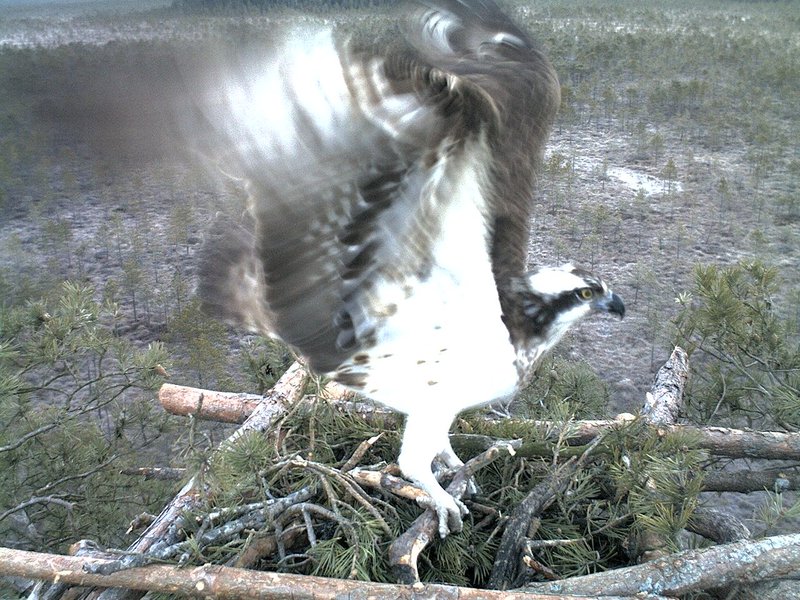 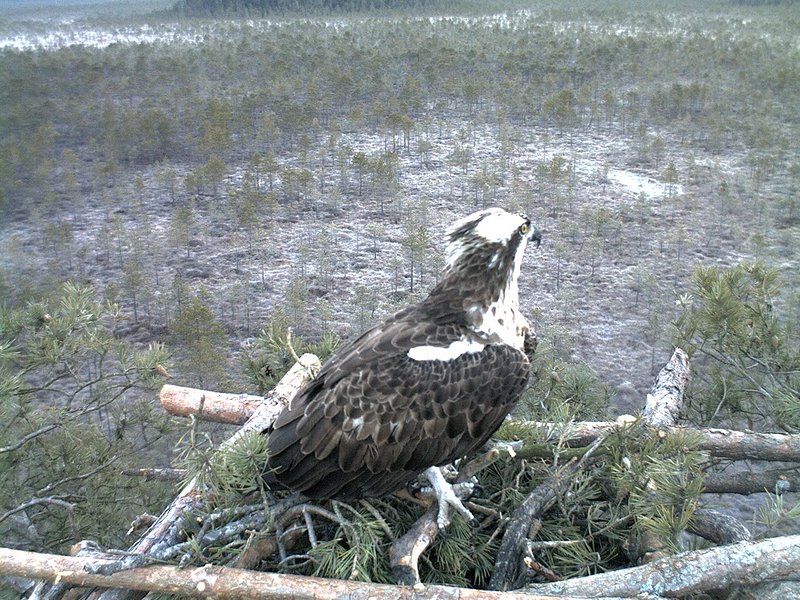 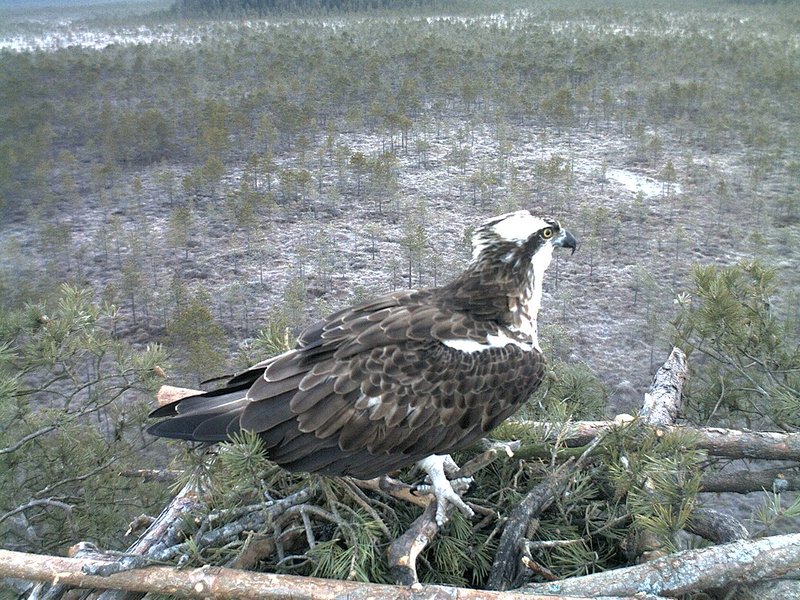 Nature does nothing in vain (Aristoteles)
Top
Locked
4998 posts