Stories (not only) from the wildlife

by Brit
From Living Wilderness blog:

Battle in the sky: Bald eagle and fox


Launch of Vega is 24 hours delayed ---- due to inconvenient winds

by ame
Greetings from Gdansk!

very often the postcards from a trip come after the traveler has returned home. that is an excuse i try to give for posting my greetings many days after i have come home from a birthday trip to Gdansk in Poland.

the first thing that caught my eyes were these balls in leafless trees. i first saw them in dusk in the evening when we arrived. first i thought they were bird's nests but the balls seemed to be hanging from the branches, not lying on them. if i saw such balls in Finland they would be witches' brooms, see https://en.wikipedia.org/wiki/Witch%27s_broom
in daylight i realized that they were mistletoe bushes (Viscum album, meaning "white mistle"; there are several other species, too).
this was quite new for me! i had never seen them before.

i have been in central Europe before but those trips have always been in summertime when trees had leaves. 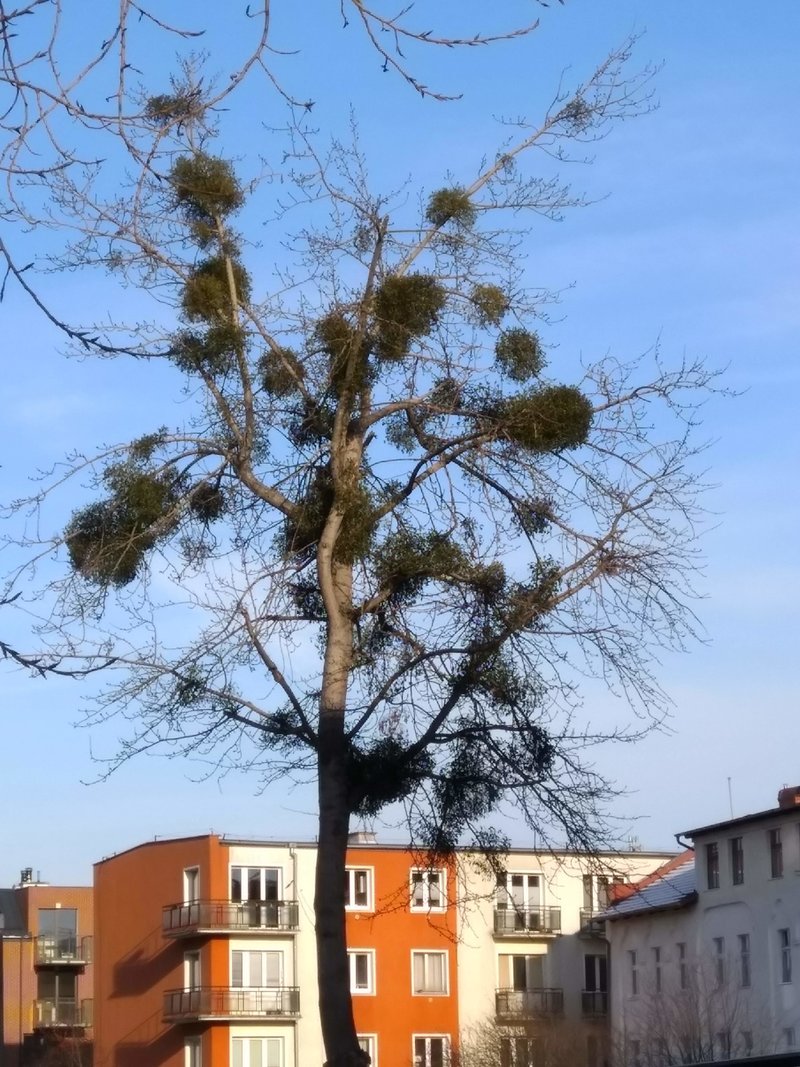 in Finland only two trees are known to have mistletoe growing on them. one of them is an apple tree growing in a private garden in Parainen, a city next to Turku. the other tree is a poplar in Ruissalo nature park in Turku.

after reading the mistletoe article i also understood the origin of the name 'mistle thrush': it is one of the birds who spread the seeds of mistletoe by eating them. the scientific name Turdus viscivorus tells this literally: "mistle-eating thrush". the Finnish name of mistle thrush is 'kulorastas', where 'rastas' means thrush. 'kulo' means burnt forest (what is left of the forest after fire) and dead and dry last year's hay. mistle thrushes don't have mistletoe seeds to eat in Finland but they often look for food in dry hay land.

by ame
my second postcard shows the Crane tower in the Gdansk centre. actually the Crane has two towers and the crane itself between them. the building was one of the gates to the medieval city and it is nowadays a part of the Maritime Museum. the towers have exhibition rooms in the towers and one can climb to the top of the crane to see the mechanism (that is: if one can climb! there is no elevator. i felt the climbing in my thighs the day.

the Crane was first mentioned in written document in 1367. the crane was used for lifting goods from and to boats and also for lifting masts of boats.
on top of the roof there's a weathercock, which is not a cock but it does not look like a crane either as one might think. to me this looks more like a stork. the neck is a stork's neck but the tail looks like a crane's tail.

if i can see right the text under the bird is "AD 1993". that is how old the weathercock is. i lost count of how many times the building has been destroyed in times of peace and war but it has always been rebuilt. by ame
one more postcard, this one with a cat.

i didn't see many cats but this was one of them. i spotted this one in a narrow street where almost every house had an amber shop. it is a tourist attraction which must be packed with people in the summer time. the cats in such places are used to be looked at but don't seem to care a bit about people. by Liz01
ame, thank you for sharing the pictures and comments

There are many trees full of mistletoes also here in Berlin. These are parasites. If the trees are too full of them, then some will be removed.
Christmas under a mistletoe branch brings luck.

Mistletoes are also used in medicine. There are therapies with mistletoe.

by sova
Ame .... thank you for your travelogue. I have to say the building fascinates me. by Uta
-01-10-19 I didn`t know where i can post this.For all bald eagle fans,it is a new cam online with2 cams and with audio stream.Copy from the youtube web cam:
Eagle Country: Historie from the nest wich is located In SWFL neer a park and cattle range:
Two Eagles, Two Storms and Two Choices Victoria and Nicholas, two American bald eagles, have a story of hope in the midst of life’s storms, literally! These two eagles, whose nest has been in our family’s back pasture for over 16 years, have felt the fury of life’s storms, twice! The first storm was Hurricane Irma, a Category 5 storm with winds topping 185 mph in some areas, left a wake of destruction in its path. Homes were destroyed by the hundreds and millions were left without power. Nicholas and Victoria also felt the wrath of Irma as the storm toppled both their nest and the tree that was home. The storm destroyed their dwelling but not their strength of heart. They had a choice to make and we wondered if they would choose another location in which to build. We were overjoyed when we discovered they had started rebuilding in the tree next to their old nest, immediately! Their tenacity was a sight to behold, and before the season was over, their new home was rebuilt and well established. We were so encouraged with their perseverance that we put up two nest cameras (during off season) to share their story with others, and what a story it has been. Fast forward to Friday, December 21, 2018, when an unnamed storm, unexpected and unseasonable, blew through our area with pounding rain and ferocious winds. Sadly, just a year and a half later, their nest was blown to the ground in pieces again!. We wondered if they would relocate, but this was Nicholas and Victoria. The very next day they began to rebuild! And even in the midst of their rebuilding, intruders have come and they have had to fight for their place. We know this because the cameras we placed after Irma were not destroyed and we are able to watch this incredible story continue, and now, so can you. This pair of eagles have been an inspiration to us all. Their tenacity and their courage have given great hope in the midst of our own storms. Many folks have lost so much in these recent months, to fire, hurricanes, and tragedy. It is our prayer that the God-given instinct of Nicholas and Victoria to rebuild would encourage us all. We can’t determine when the storm will hit, but we can choose to rebuild! Nicholas and Victoria are showing us how! We hope you enjoy their continuing story. ~Some Facts About Eagle Country~ This eagle’s nest is located on private property, which is also a working cattle ranch, near a large state park in southwest Florida. The river in the park serves as a great food source for the eagles. We currently have two cameras, one close to the nest and the other about 60 feet away for a broader view. Also, because this is a ranch, you may hear cows, dogs, sandhill cranes and a variety of other Florida birds in the background. A working ranch has many daily responsibilities, but we will attempt to join you in chats when we can. We do read through all of the comments and appreciate your encouragement and input. We will also do our best to keep our system running smoothly for you. We have endeavored to adhere to the Florida Fish & Wildlife Conservation Commission’s guidelines in this project. It is because of their recommendation that we do not specifically disclose the nest’s location. As you avid eagle watchers know, the eagles are mostly out of the nest until there are eggs/eaglets in the nest. But, in the meantime, we will provide highlights of the eagle’s nest activities for you to watch at your convenience.
cam1 link:https://www.youtube.com/watch?v=UKeNBSbQjuY
cam2 link:https://www.youtube.com/watch?v=ednhHh3ScrA
May be Bea have a idea for this nest?

topic in LK forum for American Bald Eagles is here:

by Lubaska
Kimani, a female cheetah is giving birth online

Story not from the wildlife

Anybody interested in the Eurasian lynx (Lynx lynx) can observe these beautiful cats also from Kuusamo Predator park (part of their zoo) in Finland. 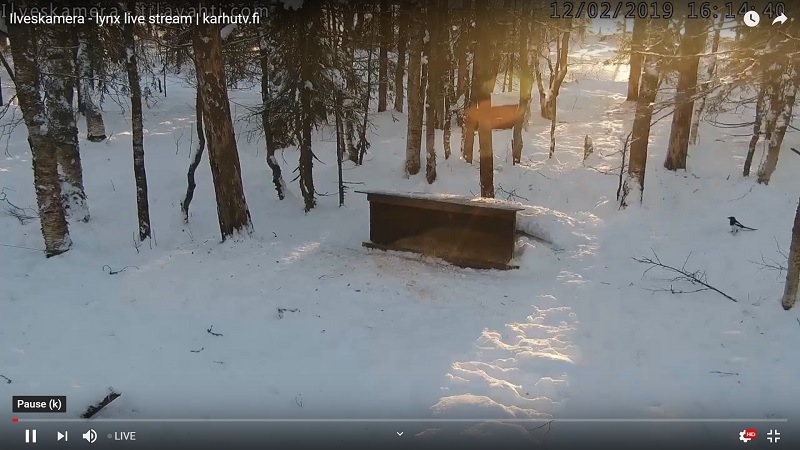 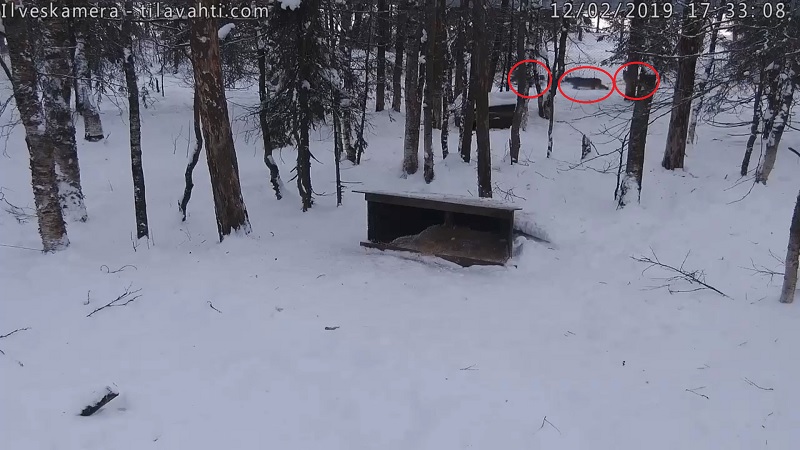 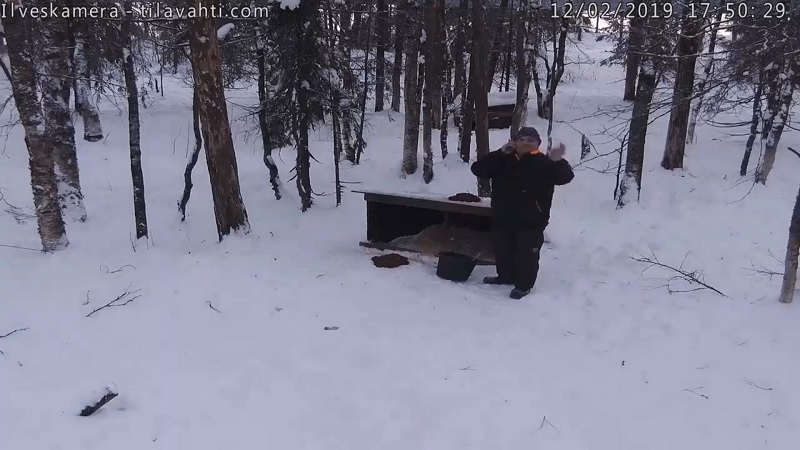 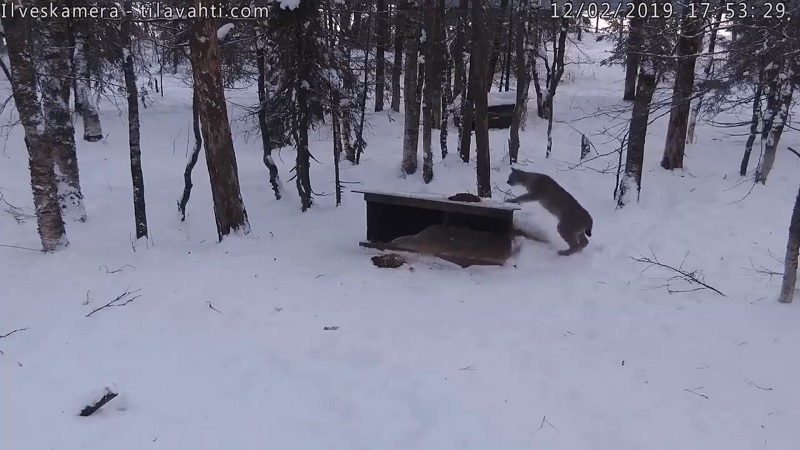 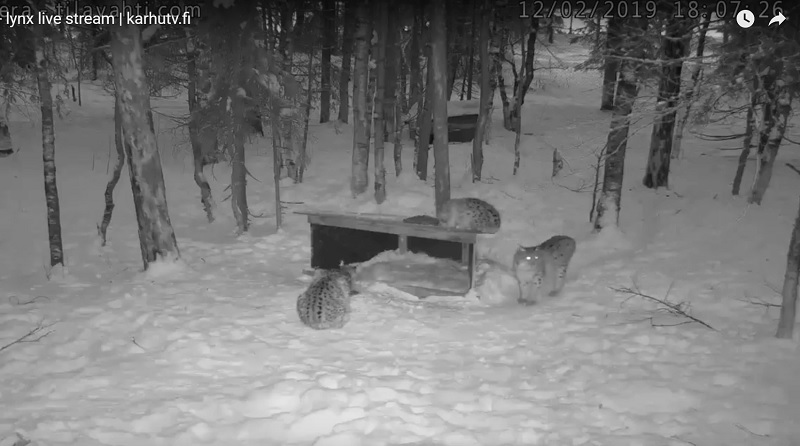 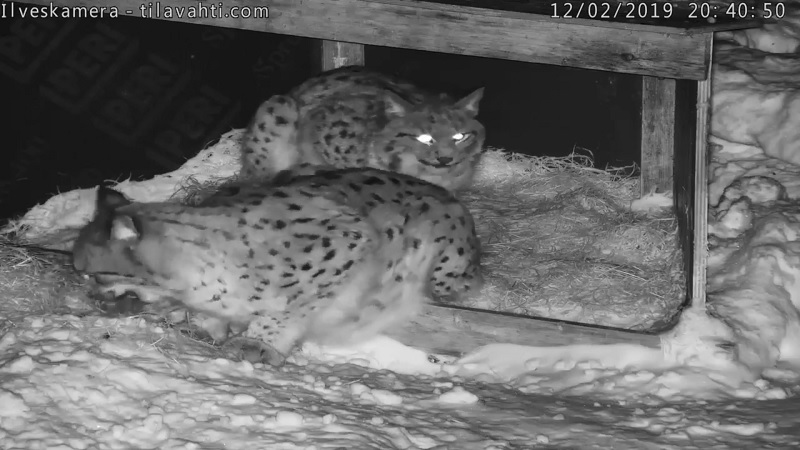 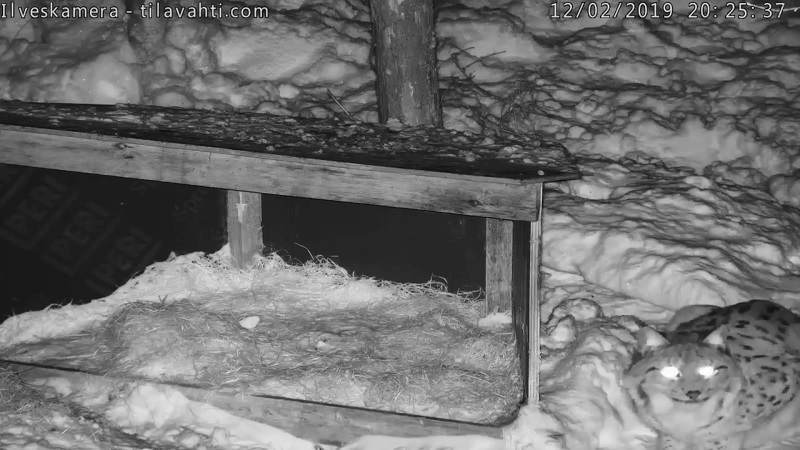 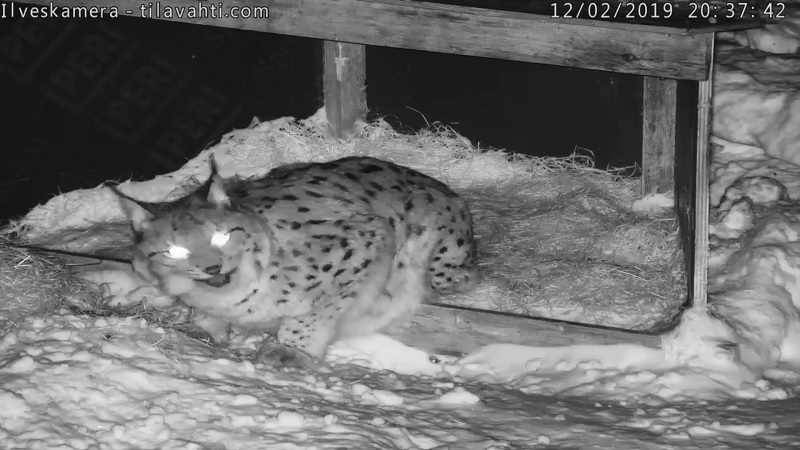 by ame
the oldest golden eagle in Europe was photographed by Ari Komulainen in the province of Savo (in eastern Finland) in the end of January 2019. the eagle wore a ring and the code could be read. 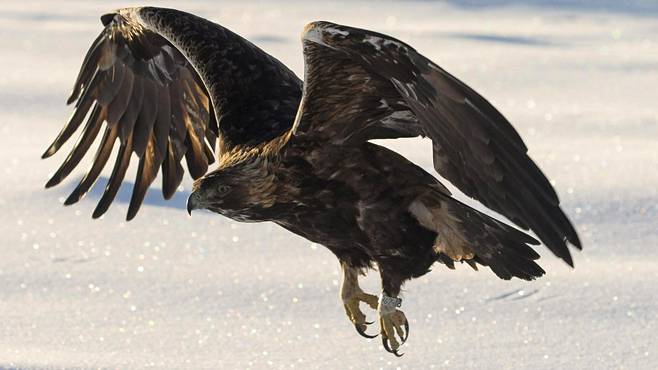 the eagle was a female who was ringed in 1984 as the only eaglet of the nest in Vaala in the province of northern Bothnia by Jouni Ruuskanen who took a picture of the eaglet. she is over 34 years old now.


this eagle has been seen once before in 1986 in south-western Finland.
the news was in e.g. in the web news of the Finnish broadcasting company YLE:
https://images.cdn.yle.fi/image/upload/ ... 658620.jpg

by pica
it fits with the breading season and easter:

a documentary with sir david attenborough to the theme egg.

happy easter to all of you and enjoy your birds

Common buzzard has attacked a prey - the Aesculapian snake. But snake decided to fight for its life

They both were found and saved In Leipzig, a bad case of animal cruelty occurred. In the course of renovations nest caves with hatched bird babies were simply bricked up - although local residents have made the responsible persons aware of the animals, as the nature conservation federation (NABU) Leipzig reports. A resident had alarmed accordingly the nature conservation federation.

Stare, sparrows and a green woodpecker were walled in. For some birds and chicks the help came too late

also in my country happened that time to time/often? (law, etc. are ignored

also in my country happened that time to time/often? (law, etc. are ignored

Solo, that's cruel! I do not understand the people who feel so little, that they can do it.