The above mentioned Facebook message contains useful advice not only for the Irish but for everybody who is interested in White-tailed Eagles and nature conservation. So here is the full text, republished with kind permission of the Golden Eagle Trust.

The Golden Eagle Trust is the Charity which has managed the reintroduction of the White Tailed Sea Eagle to Ireland in partnership with the National Parks & Wildlife Service. Reintroduced eagles are now establishing nest sites on Ireland’s coasts and inland lakes. The Golden Eagle Trust is appealing to kayakers and other waterways users not to disturb eagle nest sites during this hugely important phase of the project.


The eagle nesting season runs from nest building in February to chicks leaving the nest in July or August. Eagles are highly prone to disturbance and encroaching on nesting areas may result in nest abandonment or failure. Eggs and small chicks are vulnerable to chilling or predation by crows when parents are disturbed at the nest. Eagles are protected by law and it is an offence under the Wildlife Acts to disturb eagles at or near nests. The White Tailed Sea Eagle Project needs everyone’s help in ensuring the success of the 2015 breeding season.


The Golden Eagle Trust has given the general permission to print, share and distribute this text
Top

Scottish farmers claim rise in sea eagle numbers threatens their stock
But there are always two sides to every story. According to Mark Avery, “White-tailed Eagles put far more turkey on crofters’ tables this Christmas than they remove, and the value of the eagles is spread through the Scottish economy too.” Read more: http://markavery.info/2014/12/23/sea-ea ... mas-table/
Top

The camera is currently not available due to some technical issues, but Dansk Ornitologisk Forening (DOF) is trying to solve the problem. According to a new DOF Facebook message, the birds were observed near the nest last Sunday. So there is still hope for another TV nest season. The first clutch of two eggs was destroyed by a marten on March 20th, see video: https://www.youtube.com/watch?feature=p ... Y8k4&gl=US.
Live cam and information in Danish http://pandion.dof.dk/webtv

Latvia: The miracle of life – it´s an eagle!

Danish Eagle-TV: To be, or not to be - that is the question

According to The Golden Eagle trust, the six year old female eagle, which was discovered dead in the nest on 1st April, was within a few days of laying eggs. This is the 13th confirmed poisoning of a White-tailed Eagle in Ireland since the start of the reintroduction project in 2007, and the death of the adult bird is a serious setback.
Read more http://www.goldeneagletrust.org/index.p ... Itemid=132
Top

Some details on second clutches of the Bald Eagle, which is closely related to the White-tailed Eagle:

Eggs from bald eagle (Haliaeetus leucocephalus) nests were removed for conservation purposes in Florida “from 1985 through 1988 to determine if pairs would lay again and to evaluate how egg removal affected subsequent productivity. Of 58 pairs that had first clutches removed, 45 (78%) laid a second clutch within an average of 29.4 days.” (Wood P.B. & Collopy M.W. (1993) Effects of Egg Removal on Bald Eagle Productivity in Northern Florida. The Journal of Wildlife Management, 57, 1-9) 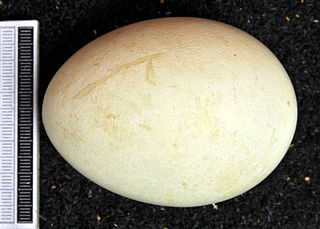 Mallards are venturesome birds …. Do you remember Maisy´s breeding attempt in the Estonian White-tailed Eagle nest? Read more: http://www.looduskalender.ee/en/node/10121
The outcome was not a happy one for her. http://www.looduskalender.ee/en/node/10124 Now another brave duck tries her luck in a similar luxury home in Hungary. The previous tenant was an Imperial Eagle (Aquila heliaca).
Webcams (eagle feeding ground and nest) here: http://imperialeagle.hu/content/webcam
Top

The arrival of three chicks in one nest was confirmed today. White-tailed Eagles have bred successfully in the West European country on the North Sea since 2006. Triplets were observed as yet only once. Photo and article in Dutch here http://www.hetkompassliedrecht.nl/lokaa ... 12792.html
National Park De Biesbosch: Scroll down the page to find a brochure in English http://www.np-debiesbosch.nl/documents/home.xml?lang=nl
Top

Last Saturday the location of a new breeding site in Lower Saxony was revealed by the local nature conservation authorities in the hope to prevent any disturbance to the rare birds during the critical periods of incubation and rearing. But the public announcement turned out to have the opposite effect: The place became a hot spot for “eagle tourists”. A newspaper article, which reported that two trails had been closed for unspecified nature conservation reasons, had caused much speculation in the region since February. Both trails were highly frequented by hikers, horse riders and mountain bike riders. Such activities close to an active nest can cause White-tailed Eagles to abandon eggs or chicks.
Responsible wildlife watching:

Replacement clutches in eagles – some notes and sources

Speaking to the Mitteldeutsche Zeitung newspaper, a German raptor expert for the Middle Elbe Biosphere Reserve said recently that a replacement clutch, common in other bird species, doesn´t occur among eagles.

If he has been quoted correctly, the statement is obviously not accurate. The Danish TV-nest example shows that the Scandinavian White-tailed Eagle pair replaced the lost clutch in almost the same time as the Bald Eagles in Northern Florida in the here already mentioned study: “Of 58 pairs that had first clutches removed, 45 (78%) laid a second clutch within an average of 29.4 days” (Wood P.B. & Collopy M.W. 1993).

According to the Hornby Eagle Group Projects Society, southern Bald Eagle females “attempt second clutches if the first eggs are lost in the early stage of incubation. Females that breed further north have a smaller window of opportunity and appear to attempt second clutches rarely.” Edit: In 2016, "because of unusually severe weather during January and February (...), several pairs of Florida's eagles have produced second broods." See also: “The Laying of Replacement Clutches by Falconiforms and Strigiforms in North America” by Michael L. Morrison and Brian James Walton, PDF available via Google.

Some sources report successful replacement clutches for European Bonelli´s Eagles (2009), Booted Eagles (Ignacio S. Garcia Dios, Spain 2001), the Eastern Imperial Eagle (Horal, Czech Republic 2011: “In one case (2006), a fully adult pair laid the eggs as late as the end of April or the beginning of May. This was highly probably a replacement clutch”) and the Black Eagle. In the latter case the observation was possible via webcam ("Black Eagle Beats The Odds As Eaglet Hatches From Second Clutch of Eggs", Africam.com 2013). According to Dixon (1937), replacement clutches of the Golden Eagle “were produced in California some 28 days after the first” (in: The Golden Eagle, Jeff Watson).
Ian Newton (Population Ecology of Raptors) states that replacement laying is rare among eagles. In the same book the re-nesting interval for White-tailed Eagles is specified as “19 and 29 days” (his source is Fentzloff, C. Erfolgreiche Zucht und Adoption von Seeadlern (Haliaeetus albicilla). Deutscher Falkenorden 1975:28–40).

According to John A. Love, sea eagles “in captivity have been known to lay a second, replacement clutch if the first is destroyed or removed. The time needed to achieve this is about three weeks, and it usually only takes place if the clutch has been lost at an early stage” (Eagles, John A. Love 1989).

About the Danish eagles

The White-tailed Eagle became extinct in Denmark and around the Baltic Sea in the early to mid-20th century. The large raptor disappeared due to persecution in many European regions at that time; in the UK and Ireland even earlier. During the 1950s and 60s the use of DDT and other pesticides in agriculture decimated the remaining WtE population. A first sea eagle pair came back to Denmark in 1995, and since 1996 the White-tailed Eagle is again a breeding species in the country.

2015 is the third Danish eagle-webcam season. The nest is located on Lolland, the fourth largest island of Denmark.
Top

Video documentation: Loss of the first clutch and laying of a replacement clutch in a White-tailed Eagle nest in Denmark, March/April 2015

8 May, update: Everything is fine

A similar scene was captured in May 2011 in Estonia. Video by forumist fireblade1. Read more: http://www.looduskalender.ee/en/node/10124

Walpurgis Night, Mayday and the Celtic festival of Bealtaine

Don´t forget to wash your face with dew tomorrow morning.

The fair maid who, the first of May,
Goes to the fields at break of day
And washes in dew from the hawthorn tree,
Will ever after handsome be.
Top

I would like to recommend two beautifully illustrated texts about eagles and black storks.

The first one is a 48-page booklet (© Scottish Natural Heritage 2010) which contains plenty of information on the White-tailed Eagle in general and the Scottish reintroduction project in particular, written by John A. Love, a manager of the local eagle project in the 1970s and 80s. I introduced his books`The Return of the Sea Eagle´ and ´A Saga of Sea Eagles’ here a while ago. Booklet available as a free PDF download at Scottish Natural Heritage. Click here http://www.snh.gov.uk/publications-data ... l/?id=1525
The second one is a 16-page brochure about eagles and black storks in Estonia (© Kotkaklubi 2009), printed with the support of the LIFE-Nature project and also available as free PDF document. Text: Fred Jüssi, Tiit Randla, Urmas Sellis, Ülo Väli. You can find it at Kotkaklubi (Estonian Eagle Club)/Documents/Other Documente/Eagles and Black Stork in Estonia http://www.kotkas.ee/eagle-life/documents

A dead eagle was found on March 26th underneath a stack of wood planks on the island of Lindholm near Møn - head and feet had been cut off. According to the DOF article, x-rays revealed a fractured wing bone, but the raptor did not die from this gunshot injury. What makes the case even more peculiar is that Lindholm is not open to the public and can only be visited by prior appointment. The small, state-owned island is home to a virological research institution, a branch of the National Veterinary Institute. Source: Dansk Ornitologisk Forening (DOF), Jan Skriver, 6 May 2015. Thanks for the hint to b.h-p. Photos and Video here http://www.tveast.dk/artikler/havoern-b ... forbudt-oe