For the 5th year already, we are able to watch the doings of bears, raccoon dogs and foxes in the forest of Alutaguse.

The Alutaguse forest camera site is usually prepared and maintained by Natourest and 360 Kraadi. It is possible to book a tour to Alutaguse including a night in a hut at the observation place.

Ahto Täpsi paid the observation ground a visit in February and brought back a little video showing the ground in winter time:

JWplayer: http://pontu.eenet.ee/player/karu.html
VLC and Android: rtsp://193.40.133.138/live/karu
iPhone/iPad: http://193.40.133.138/live/karu/playlist.m3u8
“One can measure the greatness and the moral progress of a nation by looking at how it treats its animals” (Mahatma Gandhi)
"You can judge a man's true character by the way he treats his fellow animals" (Paul McCartney)

This year we had to wait a bit longer for the bear camera to start. It seems technical problems delayed the work in Alutaguse. But now the transmission seems to have started. 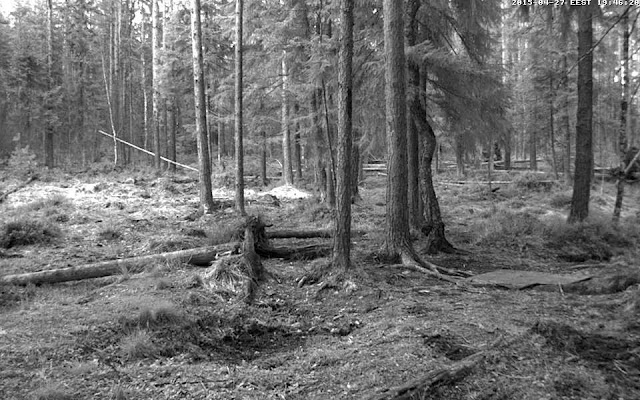 The view seems to be the old from last year. Now we can wait for the bears, foxes, RDs and other animals and birds to arrive in front of the cam view!
“One can measure the greatness and the moral progress of a nation by looking at how it treats its animals” (Mahatma Gandhi)
"You can judge a man's true character by the way he treats his fellow animals" (Paul McCartney)

The bear season has started!

YES! What a wonderful surprise, this evening.
The Bear Webcam is back!

beautiful evening concert by the birds in the forest
Spin the wheel of fortune, or learn to navigate.
Top

for the evening, I would also like this to watch and listen
Top 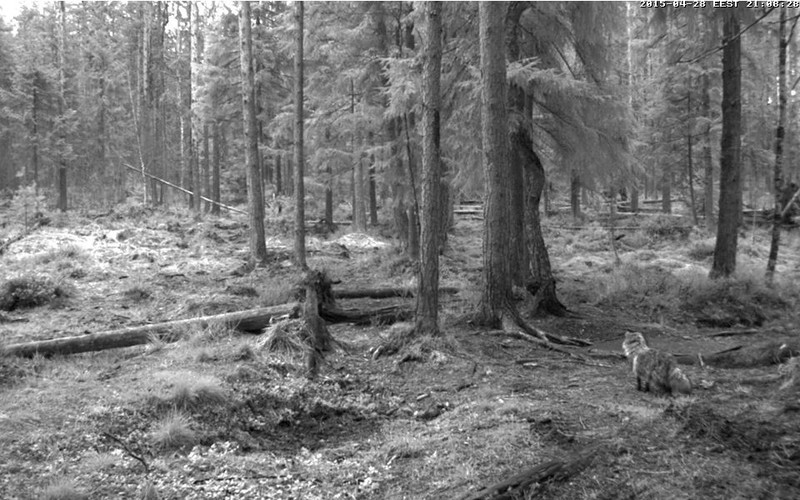 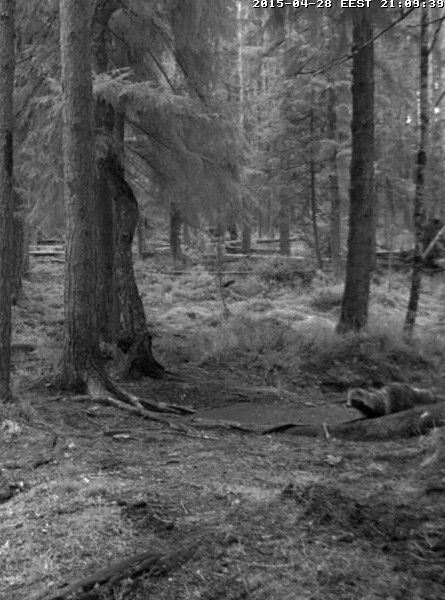 Thank you for opening the Forest Webcam again - I love it to watch how the nature changes in the wood with all the plants and of course the animals.
Bleggi

Has there any food brought yet?
Majahaldjate Heaolu Edendamise Selts ja Võlukunsti Ministeerium On Jobud Grupp feat. Thorin teatavad: I am your favourite dwarf. Don't deny it, don't try to resist, resistance is futile :)
Top

Al lot of cams these days, but I was waiting for this one.
Welcome back bears and bear cam lovers.

But what is that noise?
Top

Boars, seals, deer, eagles, storks, even badgers together with bears! God bless the people who brings us so much fun!

Never underestimate the power of the natural world as it continues to inspire, surprise and delight.
Top

is it already summer?