by Jo UK
Here is a new webcam for us. It will watch life on an old log, as mushrooms grow, insects move around, sun and shade flicker. This is a time-lapse video which will be refreshed once daily. It is not a streaming webcam.

The first video is ready -

This mushroom is well named - it does look like coral.
Hericium coralloides
http://www.google.co.uk/search?q=Herici ... 42&bih=651


The LK page is still in Estonian, and I can just picture Liis working hard to give us the English translation!
Yes, Liis did it

thank you very much, dear Liis!

by Liis
Thank you, Jo and Brit

!
(just happened to be at home, no i-phone yet to keep up with articles

About Hericium coralloides, the coral tooth (or coral comb, or coral comb tooth ...):
Elias Fries, (1794-1878), one of the fathers of Swedish and indeed international mycology - "the Linné of fungi" - is said to have caught his passion for mushrooms when he as 8-year-old saw the coral tooth on a tree.
It was in Småland, even now with a fair share of forests; at that time there must have been plenty of old, half-decaying trees for it to grow on.
Elias Fries tried to teach people to eat mushrooms too; considered only fit for cows at that time.

There are quite many recipes for cooking coral tooth on the Internet.

by Jo UK
I have just viewed the time-lapse for August 23. I was busy watching the insects when suddenly, a piece of coral moved! Mushroom, I mean.

by Jo UK
"How the coral tooth arrives on air"

by Liis
Seems, if not bigger, then at least fatter in 24th Aug video.
Less of the little insects scrambling around.
Some rough time stamp would be nice - morning, midday, evening.
Will a coral tooth (visible part) grow bigger the older the fruiting body at that particular spot is? or does maximum size for an "individual" depend on the age of the whole mycel? or simply growth conditions?

(questions inspired by a deluge of super-size chanterelles at the market in Stockholm to-day; stalls all golden yellow, and all assured to be Swedish. Wonder where last week's lot from the Baltic countries went)

by alice44
Link to videos -- http://vimeo.com/channels/seen

by Katinka
(Please, for German name-giving Interested, look into "Social Corner"/"How do German translators say?", too)

There's some more interesting annotations for Hericium coralloides in Germany:
It was "year's mushroom" of 2006, as we've got the yearly tradition to call out different plants/trees/birds.. as ... of the year. Behind it the intention to get more attention to endangered nature things.
For mushrooms, on WP exists an own article: http://de.wikipedia.org/wiki/Pilz_des_Jahres. Funny: for German dialect-speeking people WP has got the one or other site in Southern/Northern dialects- so here you find the Bavarian version...

The coral tooth is still to find in Germany, as we do have large and old forest areas in nearly every federal state. Although it's not so easy to find the right tree material - rotten beech or oak trunks. Its appearance is simply "bizarre"

, especially because it can spread all over the trunk.
So I am looking forward to the coral tooth's work, making the trunk disappear?!

In Northern America it is said that coral teeth can appear on several kinds of poplars.

The end of the log where the coral tooth grows has a diameter of about 32 cm.

This mushroom only appears in forests with enough old and dead (beech)trunks; mixed, extensively-used forests are of advantage to its growth.
Liis:

Will a coral tooth (visible part) grow bigger the older the fruiting body at that particular spot is?

As I've understood after a view into German Mycological Society's page, the only growth-influencing condition is the mass of rotten wood (saprotrophical nutrition)!
The camera is focussed on the visible part ("fruiting body") of H.c. - which is in the last phase of its growth within the trunk...and the final act for the dead tree. So, to take it literally, after H.c.'s decline, the tree should "vanish into air"...

There are quite many recipes for cooking coral tooth on the Internet.

Apart from the rare occurance - only "Juveniles" are edible, but how to clean them??
Better have a look at and let them have their task for organic waste.

Perhaps we can watch this here during autumn - but perhaps weather will become too dangerous to the camera to remain all the time. It will be Tiit Lepik's decision.

The cute tiny toad, as quick as it was climbing through the "Coral's teeth", mustn't have been greater than 4 cm, I guess.
You can find it on the macro photograph by Urmas Tartes on the Sept 8 Calendar's page.
To have a comparison: the nearby birch leaf!

If I could find a slow-motion modus on Vimeo, I'd be even more fascinated of discovering those tiny creatures!

This mushroom only appears in forests with enough old and dead (beech)trunks; mixed, extensively-used forests are of advantage to its growth.

Hello, Katinka - in Estonia it will have to manage without beech (Fagus sylvaticus); rather rare, if native at all?

Extensively-used - extensive forest management is a quite popular concept in Sweden, but couldn't find any definition. Extensive cattle management largely means having your cattle outdoors, but trees after all are outdoors all the time

by Katinka
Liis -
as I saw on the Sept 8 Calendar page, it was a birch leaf on the Coral Tooth, so it's clear what kind of trees are standing there.
(The proliferation limit of beeches in EU is far away from Estonia, indeed)

Extensive forest management is quite simple to understand (after all the time I tried to myself...)

In one clear sentence:
Near-to-nature-management is the key word.

It is certainly kind of luxury to save trees in Germany this way - for we are one of the biggest consumer states for fresh wood from outside our own country.
Remember with growing sadness Finnish, Russian and Canadian ancestral forests...

by Liis
Beeches and northern limit: Can't remember if I have seen more than single species in botanical gardens in Estonia - Estonian members, please?

Southern Sweden boasts of its beech forests, certainly. They do grow in Stockholm, and propagate naturally but no real forests.

Extensive forestry: I have understood it is the term to employ when using (up) environmentally valuable forests is desirable

. Loosely, you take out the equal of its natural reproduction from the forest. No large-scale (= extensive

) clear-felling or single species re-planting, though. That is intensive forestry. 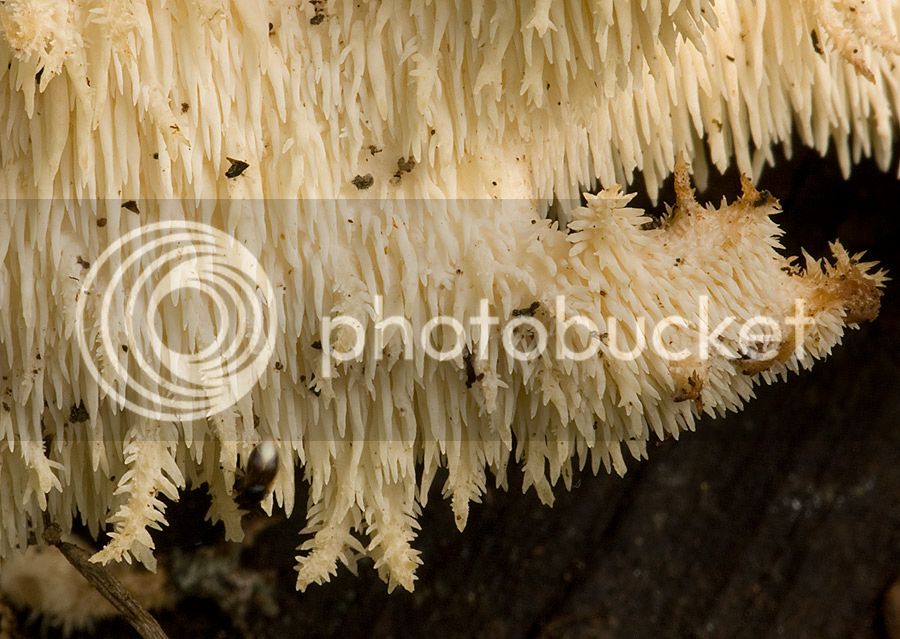 by Katinka
Great discovery!! Precise takes!!
For we are from half around the globe -
could you please tell where you discovered this exemplar?
If I'm right I can see nettle leaves and parts of a raspberry shrub, so obviously not Estonia?

Katinka wrote:Great discovery!! Precise takes!!
For we are from half around the globe -
could you please tell where you discovered this exemplar?
If I'm right I can see nettle leaves and parts of a raspberry shrub, so obviously not Estonia?

Photos are captured in Estonia, a few miles at Viljandi. Yeah, there are raspberries and lot of old apple trees.

by Katinka
Forestdoggy! Thanks, so quick in the night...you are 1 hour later than in Germany...

But, apple trees, old ones?? I hope korallnarmik is not on destroying one of those.
Oh I forgot: this mushroom only appears on rotten wood.
So, hope you can have a mature, good-tasting apple one day in autumn!
Myself I live in an area of long-time traditional apple cultivation.

by alice44
forestdoggy -- those photos are very beautiful

In the next week I hope to find time to take some new photos.