I am neither good at maths

But I think your calculation is right

Oh I read that this is done when a goshawk repeatedly comes to a nest, over some years. But yes, let all be like it is, maybe the Ospreys will come to other places in the future, it is a dream for me to see them at my place.
Top

There was/is an osprey reintroduction project in your country, and as far as I know in 2018 were first positive results

Good luck for the future of this project!
Nature does nothing in vain (Aristoteles)
Top

But I think your calculation is right

Numbers from Estonia: osprey 90-100 breeding pairs, goshawk 400-600 breeding pairs. In 2019. we estimated that approximately 79 osprey chicks fledged in Estonia.
Just for comparison, there are 290-330 pairs of breeding White-tailed eagles in Estonia and the number is increasing. WTE have also attacked ospreys, but we wouldn't ever consider removing them from protected species list for that. Goshawk did what is in its nature and we have to accept it that raptors attack other birds and kill them.

Looduskalender article refers to protection categoryes I-III that we use in Estonia. Osprey is category I and goshawk is category II. Every known habitat of category I species is protected. In case of eagle, e.g. no forest management near nests and no humans are allowed on nestsite during breeding period without special permission. For category II 50% of known habitats are protected.

Protection category I: 1) species that are rare in Estonia occur in a very limited area, in few habitats, in isolation or as very scattered populations; 2) species that are in danger of extinction, the number of which has decreased due to human activities, habitats and habitats have been damaged to a critical limit and extinction in Estonian nature is very probable if the effect of risk factors continues.
Protection category II: 1) species which are endangered because their number is small or decreases and their distribution in Estonia decreases as a result of overexploitation, destruction of habitats or violation; 2) species which may be in danger of extinction if the effects of existing environmental factors continue.
Protection category III: 1) species the abundance of which is endangered by the destruction or disturbance of habitats and places of growth and the abundance of which has decreased to such an extent that, if the risk factors continue to act, they may become endangered species; 2) species which belonged to protection category I or II, but which are out of danger of extinction due to the implementation of necessary protection measures.
Top

recently read an article. American farmers installed an artificial nest, which was occupied by ospreys. it fell during a storm. they repaired the pole, the chicks survived the parents were always there. but that’s not the point. at the end it says that 70% of the nests in America are artificial. for this population of ospreys there at an acceptable level. if you restore the osprey as a species, you can’t do without artificial nests. there are too few trees in nature suitable for this.
Top

The camera works again, only the view, as before, is limited. In the other nest, the remaining chick survived the night well. Wish everyone a happy day.
Top

, thank you for the information about the protection of ospreys and goshawks.
Top

The camera works again, only the view, as before, is limited. In the other nest, the remaining chick survived the night well. Wish everyone a happy day.

zuza, unfortunately no stream yet. Just yesterday's streaming ending with the last timestamp 13:02:08.

What a pity we can't even hear them.
Top

zuza, Summi
I had my VLC turned on earlier this morning, heard the sound from our chicks and now, after reading your messages, I was looking on the date and that was yesterday. Sorry about my wrong information.
The message still is on:
An error has occurred. Please try again later. (Play ID: ioiQj6TJiwoB27QY)
Further information
Top

Jenny, we want to see and hear our dear osprey family so much that now we'd be happy even at the blurred online view.

You're right, Summi, I'm so desperate not to hear, not to mention see nothing, and I really hope that someone will attend to this matter.
Since this terrible attack in the other nest, I have been more than worried and now I am watching the other cam of this last chick who survived and he/she wants to stay alive with all his might. Miina and Marko always watch out that nothing happens to their last chick.
Top

Goshawks (Accipiter gentilis) is also a protected species in Latvia. Latvian state forests are monitoring their nests every year.
Even though the number of nesting pairs has been growing, this bird is still protected.
In the territory of Latvian State forests in 2019 they monitored 132 territories of goshawks and, within those, successful nests were 44. In some of them, even 3 chicks were discovered.
https://www.lvm.lv/jaunumi/4813-lvm-mez ... gu-ligzdas

Goshawk was chosen as a bird of the year in Austria and Germany in 2015. In the article it says that according to the latest census there are ~ 2500 breeding pairs in Austria. In Germany - 11,500 - 16,500 breeding pairs. The article also explains why the bird is still considered endangered and is protected. Interestingly, in the UK, the goshawk is even considered eradicated.
https://www.swarovskioptik.com/birdwatc ... ion_nature 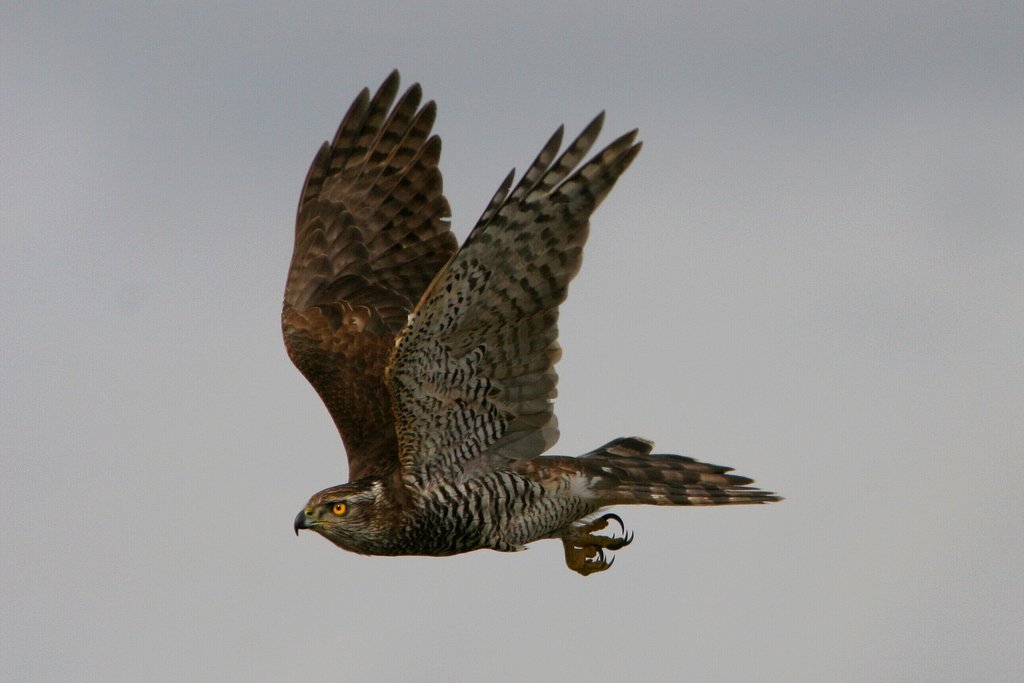 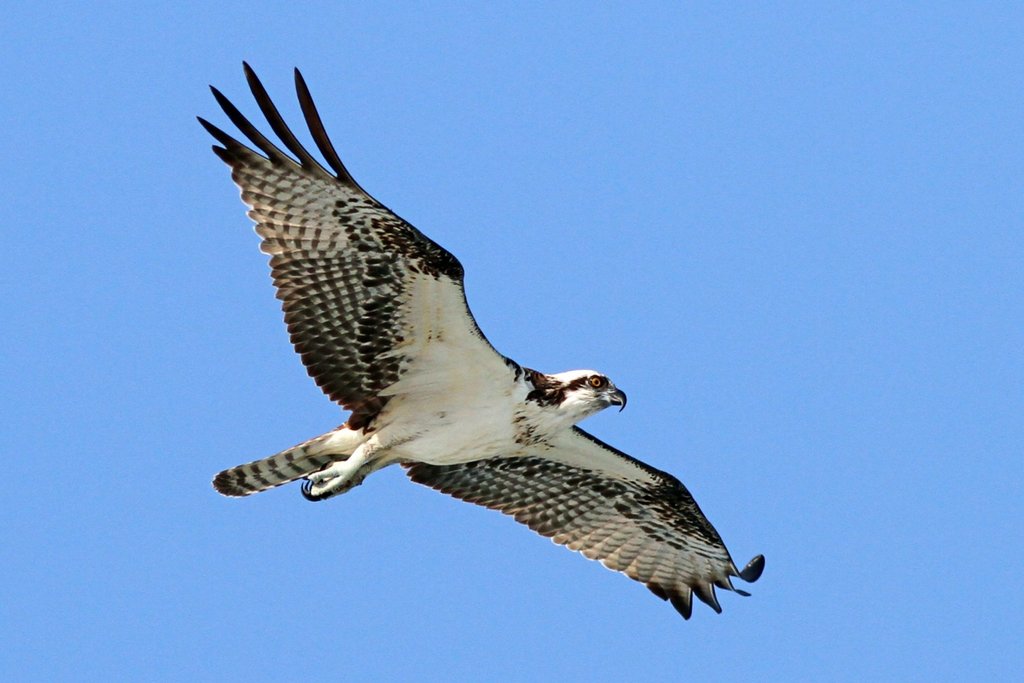 zuza wrote: ↑July 4th, 2020, 12:37 am for this population of ospreys there at an acceptable level. if you restore the osprey as a species, you can’t do without artificial nests. there are too few trees in nature suitable for this.

Yes, zuza, they do that in Estonia and Latvia as well.
In a very new article from Latvian State forests they inform that since 2007 > 200 artificial nests for ospreys have been built.
In year 2019 87 of those artificial nests had breeding pairs of ospreys.

In Latvia there are currently 200 breeding pairs of ospreys. In the last 30 years the number of ospreys has grown 5 times.

Now I get the message "Private video, if you have been given access to it, log in".
Top

Actually very few (if any) artificial nest are built in Estonia nowadays. We maintain the old ones, but most of the people working with eagles in Estonia agree that there is no need to build a lot of new nests at the moment.
Top

That is the recording of the old stream. When the new one is started, it will have a new URL.
Top

Summi
It's getting more and more mysterious. Is there a funny chap somewhere who wants to annoy us.
Top

Summi
It's getting more and more mysterious. Is there a funny chap somewhere who wants to annoy us.

Yes, I am that "funny chap" responsible for private video.

I saw no point keeping open the recording of the stream that YT terminated. The new stream will have a different URL. Please be patient as we cannot restore the old one. We need our tech-guy Omar to open a new livestream.
Top
Post Reply
3073 posts