by Dagmar
How nice! The page can be reached again.
Still nothing new from Karl and Eedi.

):
Dear supporters!
We turn to you for help with the Black Stork Supplemental Project next season.
We invite you to apply for the owners of fish farms / fishponds in Latvia who can and want to cooperate with the supply of small, non-commercial fish (live fish are needed from the beginning of May to the end of July / mid-August. The feeds are suited to the so-called "weeds" of fish farms, objects, or coruas, because they are more durable).
The goal is to find a place suitable for nests in the stream or river, or a ditch, where it is possible to regularly feed live fish and to follow with the help of an auto camera, which birds are feeding in a particular place while concurrently, or how it refers to the weight of the new birds in the vicinity of the nest (and number). Thus, it will be possible to find out if the amount of feed really affects the success of nesting - if it significantly differs from the unpresed nests, then it will clearly show that the unprocessed food is lacking. This year, in the place where the fish were ditched, the two nesting pups in the neighborhood were in the best position of all the successful nests this year!
The feeding nest sites depend on availability of fish and other factors, including financial. The maximum number of feeding places is 4-5, but it would be good if we could identify at least 2-3 places in this way. One of the preferred places is Cirava-Vergale, the other is Livberze surroundings, yet there are Lake, Dobele, Bukaishi, Valle, Limbaži, because there are rugged nesting black stork, which is easily distinguishable. However, any variant in Latvia will be considered.
The greatest happiness would be if fish farmers, who are willing to give free fish / with a discount, are willing to apply. But in any case, our request is for fishermen (at least somebody) to contact us, as this will enable us to get an idea of ​​the potential costs of this project. We invite you to refer either here to the pages of this letter / commentary section or to contact the ornithologist Maris Strazds: mstrazds@latnet.lv.
One of the arguments that black stork is missing is what to eat at bird gathering places where feed is available. At least 5 different black storks have been observed at the farrow, which was set up to catch Aivo, but three birds at the same time kept there several times. Of these, only one is a bird from the nearby nest (Aivo). Photo: © GIP, 06.19.2017.
Please also share this message and ask known fishers to reach potential stakeholders more quickly.
Thank you! 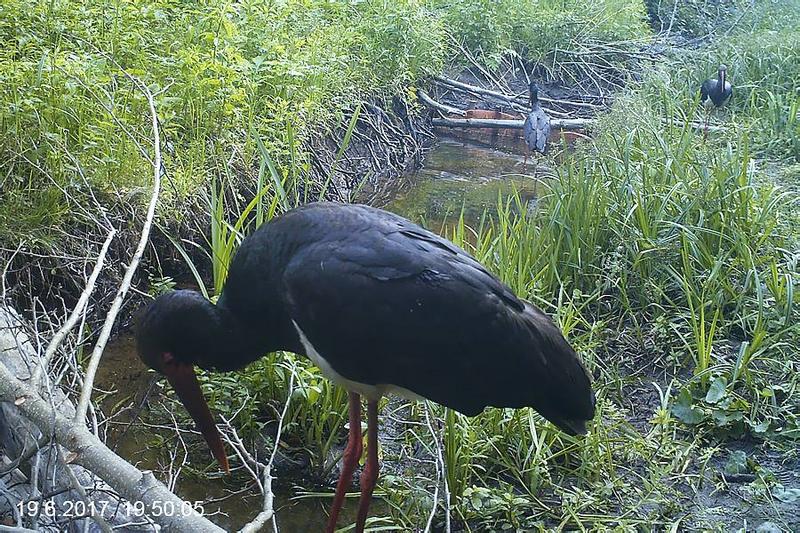 ... we are waiting for the signal as much as you do. The minute we get any news we will post it in this page.

Good Morning Solo and all

We have new data from Eedi

Solo, thank you for sharing the info.. I wish I could help

The picure is very nice

by Solo
Good morning Liz and all

Liz01 wrote: We have new data from Eedi

Liz, you are faster

, this is happy wake-up

by Solo
birdmap KARL and EEDI 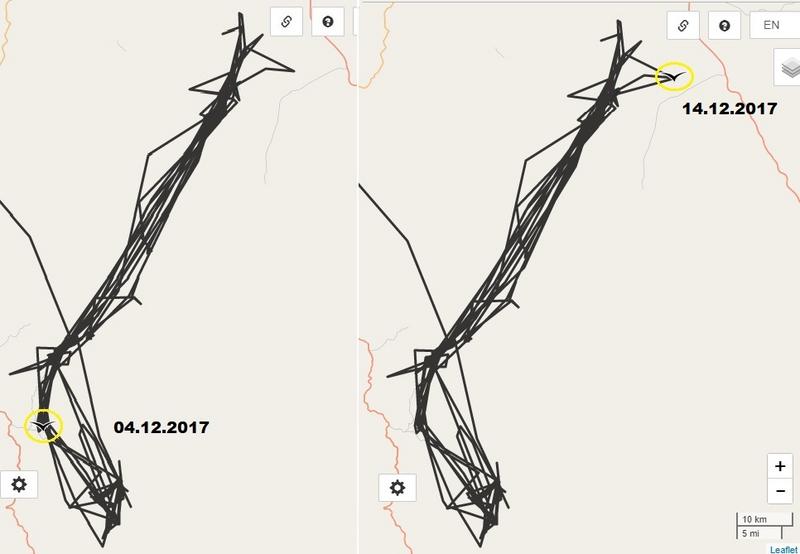 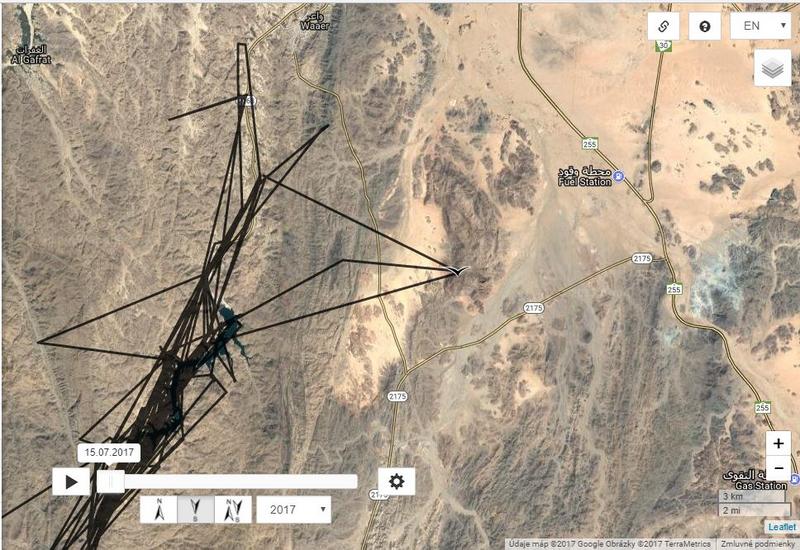 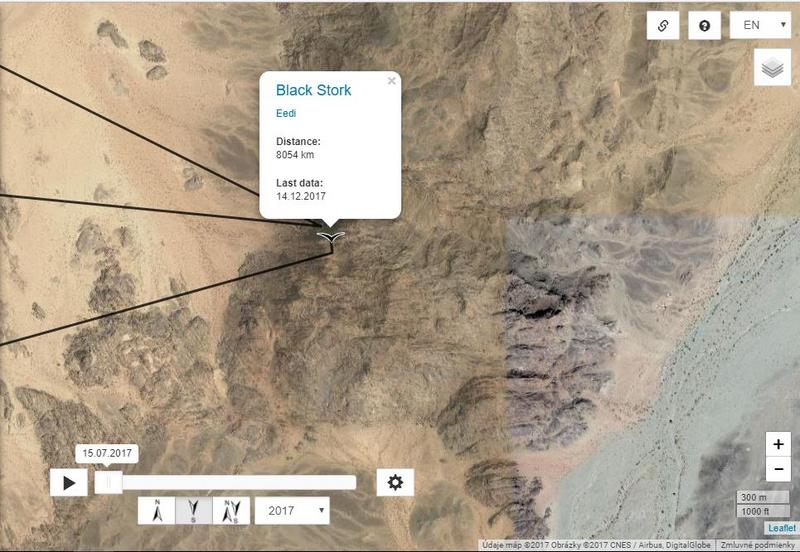 Have a nice day

by Liz01
Thank you, Solo

Have a nice day too

by Anne7
Hello everyone! 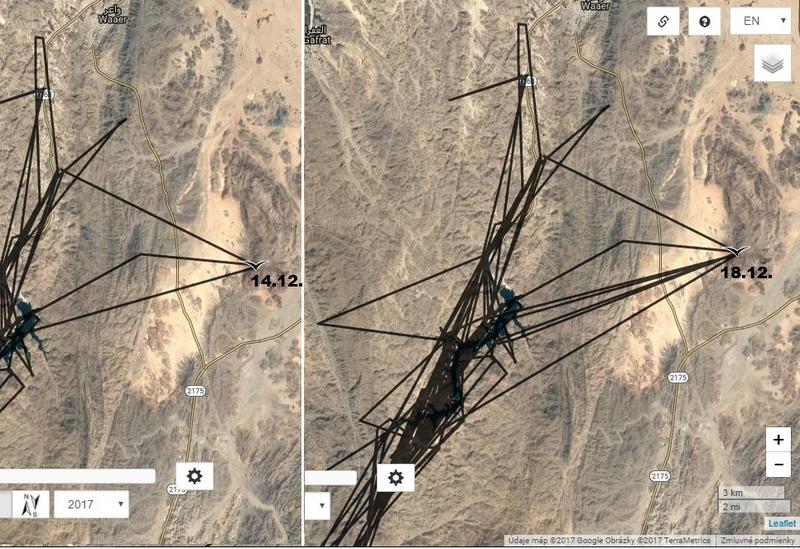 by Dagmar
I am very happy to read from Eedi.
But I would also like to read something about Karl.
Should I be worried? I still know too little about black storks.

by Solo
December 19th
Good morning to all

Dagmar wrote: ...But I would also like to read something about Karl. Should I be worried? I still know too little about black storks.

Dagmar, Karl is most probably out of GSM network - only the springmigration give answer

URMAS (March 11th, 2017): Karl has GSM transmitter from Ecotone, so it can send data every day and almost settings we can do remotely, sending to Karl special message. For example to take more locations during migration, but suspend data flow during wintering. But there is needed GSM network with roaming for to get data. For Karl this was missing since November and only if Karl started to migrate, he appeared in suitable network area. There was needed few days to get whole stored data since November, but we have those by now and all those are also uploaded into migration map. You can look autumn locations since November up to end of autumn season (14 Feb) going back into year 2016 and choosing S migration. There you see the second wintering place in South Sudan, Western Equatoria province (remote place with no GSM). (viewtopic.php?p=515388#p515388)

Btw. Zoltán (BS from HU) was previous year without new position from Oct. 22 to Feb. 14 - his wintering are is south Central African Rep.

by Dagmar
Solo thank you for this informations. I feel a bit better now. Have a great day. 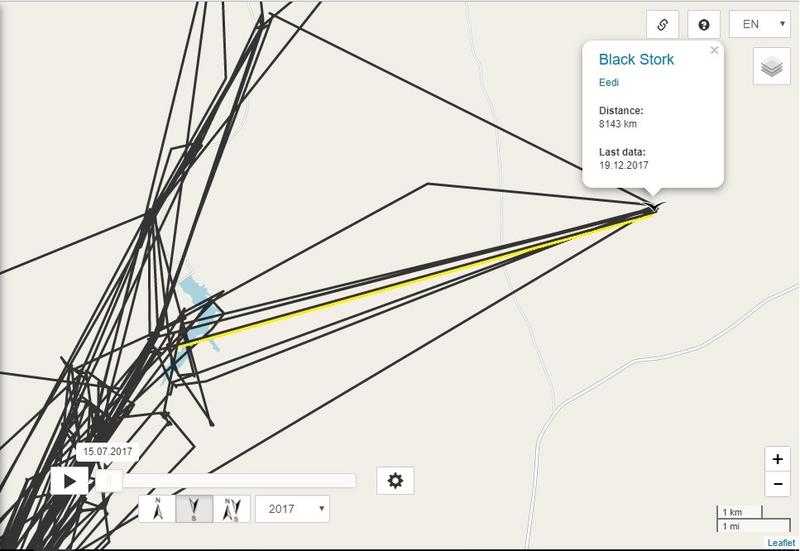 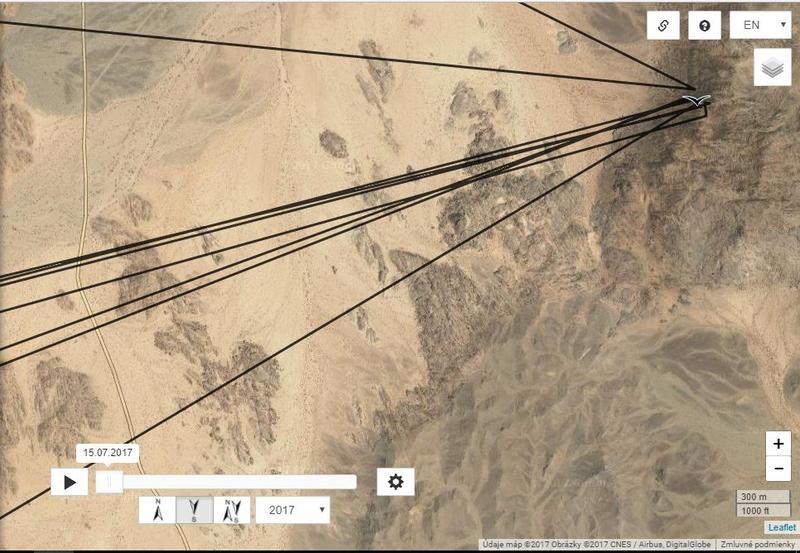 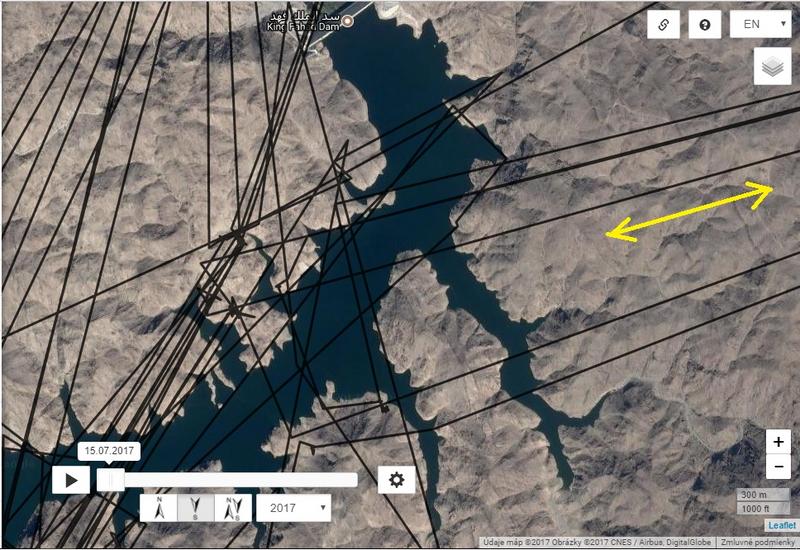 and to south (stream) - to much lines

I saw it too

One Stork give us data ... very nice! Better than none

Solo, thank you again for update, pictures and comments 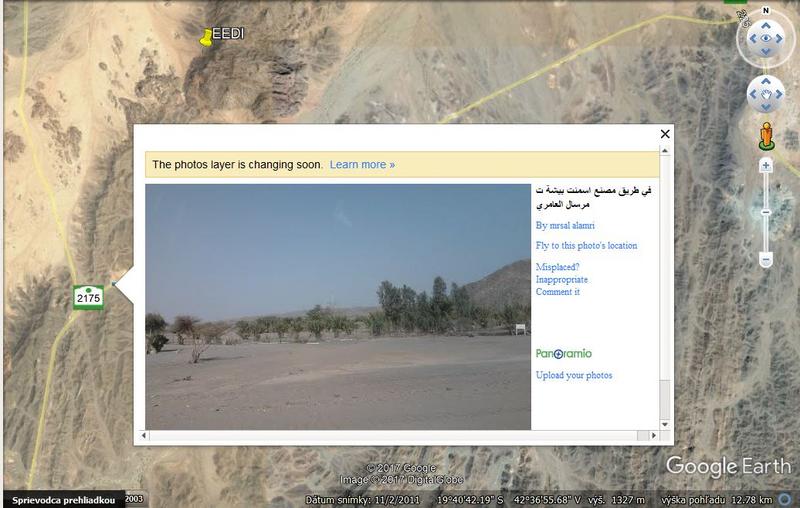 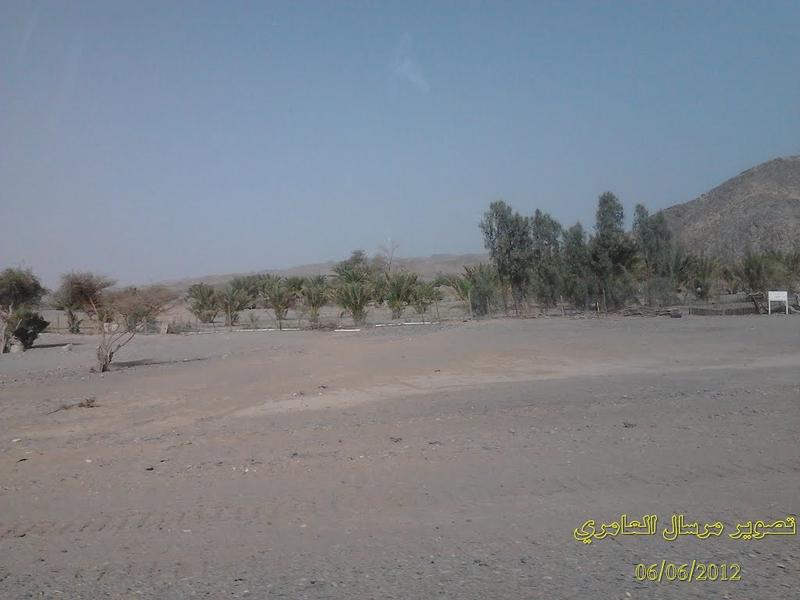 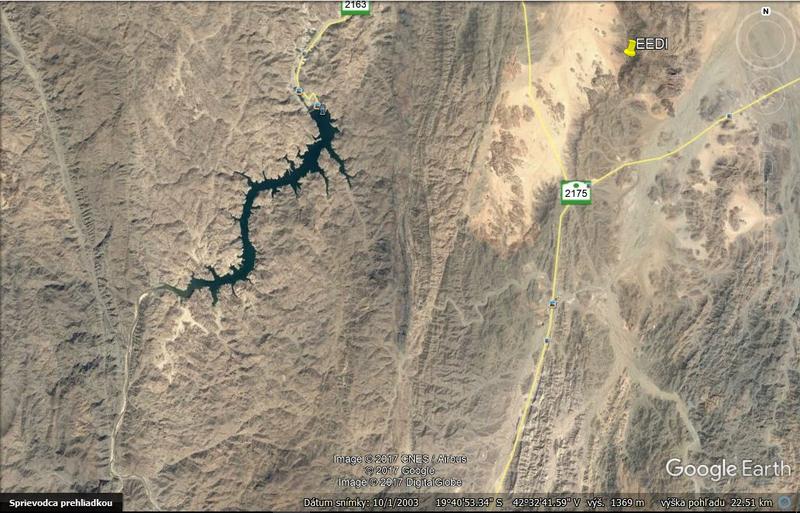 she is in Etiopia (previous year her wintering area 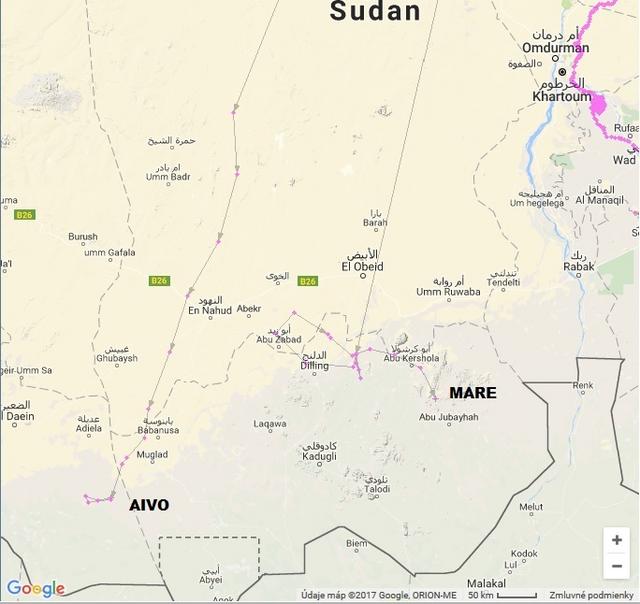 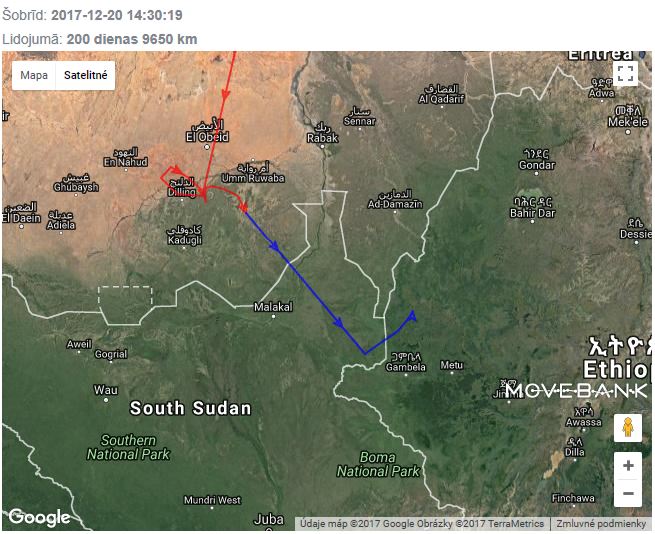 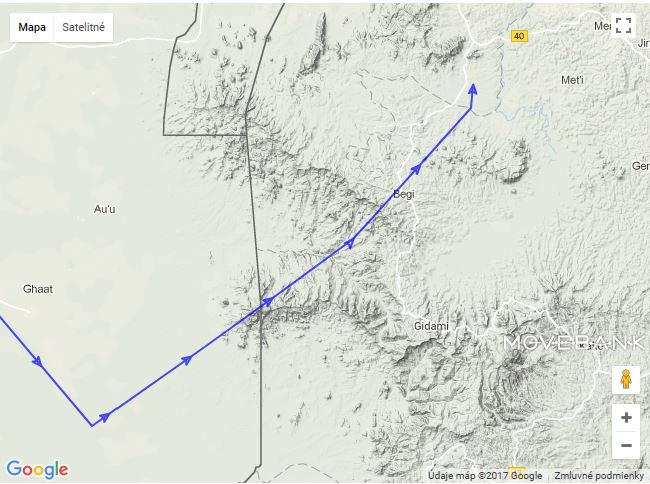 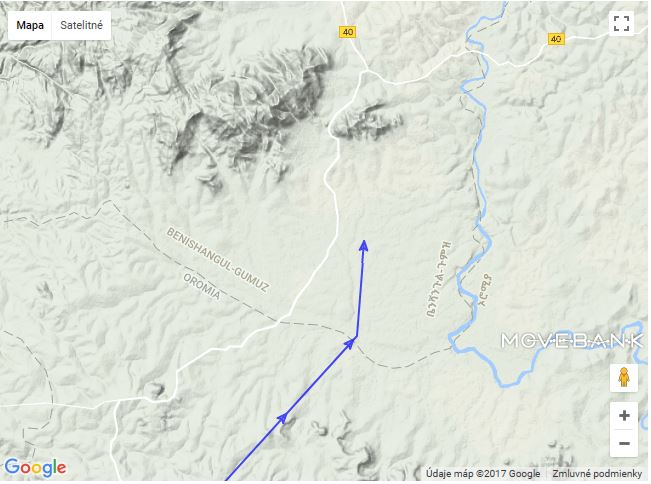 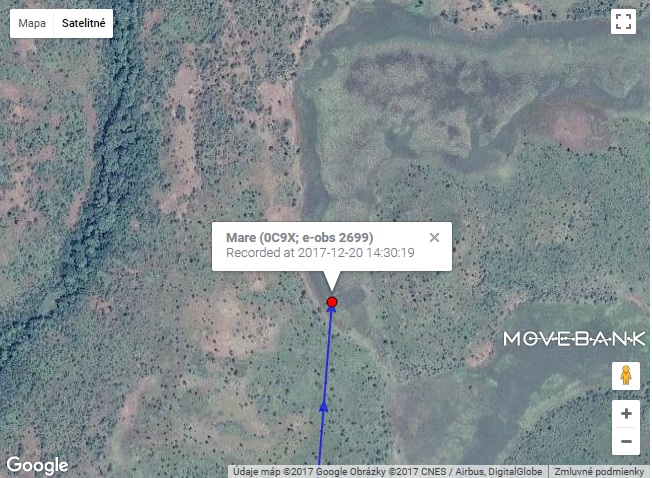 by Solo
the area 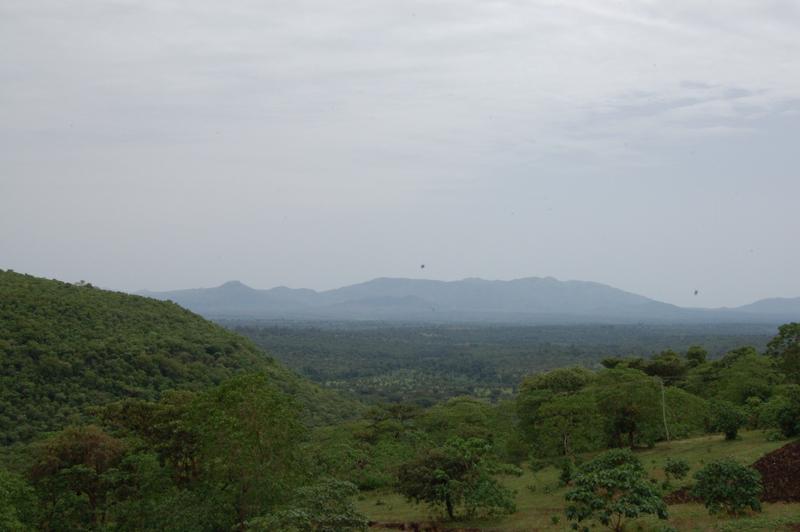