We have new data by MARE 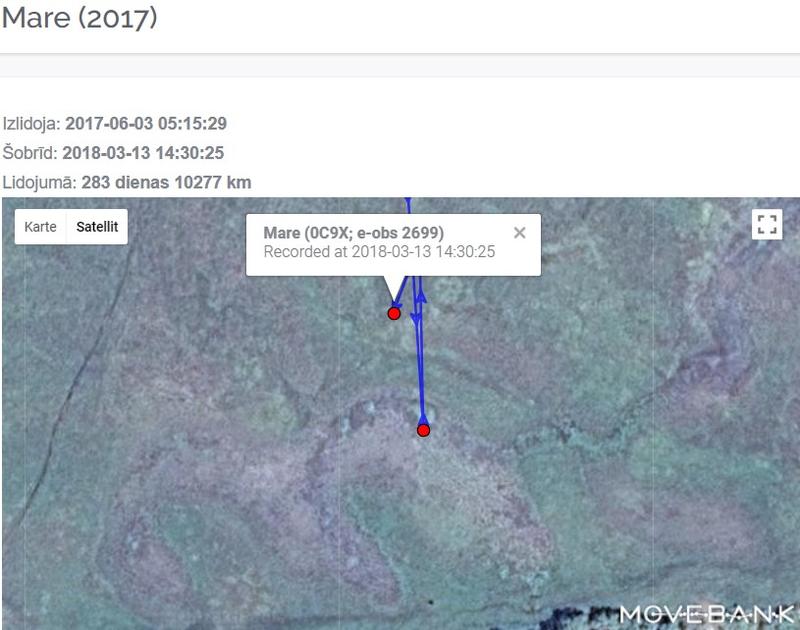 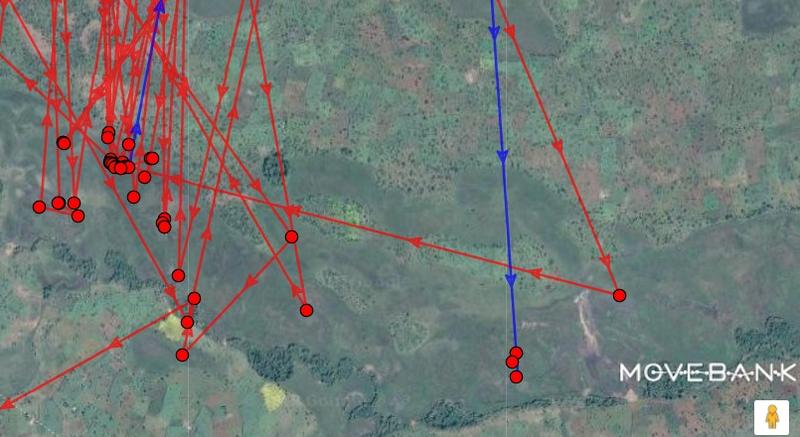 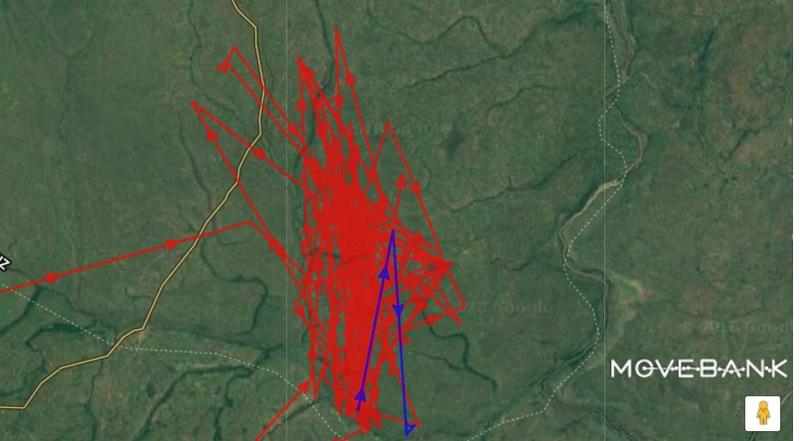 Nothing new by AIVO

Still nothing by Karl. I hope the Birdmap doesn't working properly.
Top

Liz01 wrote: Still nothing by Karl. I hope the Birdmap doesn't working properly.

Yes, Liz, maybe.
Or maybe there is a problem with Karl's transmitter.
But I am worried too.
Probably tomorrow Eedi will already reach Bulgaria, and our Karl is still missing on the map...

March 7
Finally after 151 days without any signal, Latvian black stork Aivo is finally starting his migration! From the last known coordinate point he has already flown 1000+ km towards Europe! ...

March 13
While we are waiting when Aivo will fly over Sahara (there is no GSM coverage), we publish a photo of Aivo taken in spring of 2017 by Daina Vītola! Today (13.03.2018.) Aivo is 7 years and 286 days old! :)
We inform that as soon as Aivo reaches Latvia, data with his movement will no longer be available, as this species is protected! ...

I am afraid to loose my mind. I read that Karl is back and now I cant find this news.
Did I dream?
Top

Karl is not back! We have no new data since november 2017
Top

birdmap: today update for very much birds - but no our EEDI

(and nothing new about KARL)

Another day without new data from Karl and Eedi has passed. So we hope for today

MARE is still in the same area. 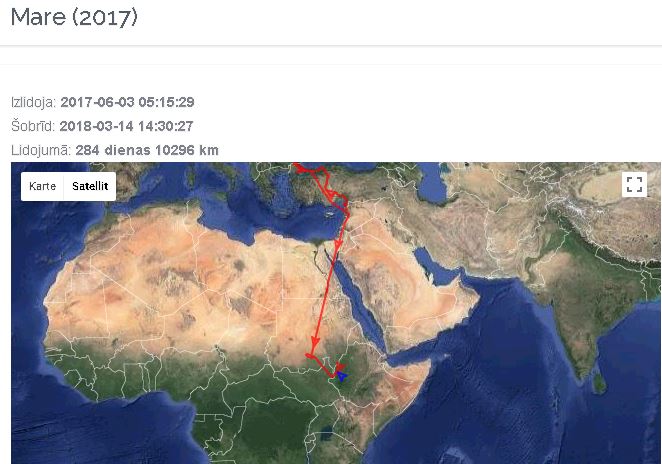 AIVO is still flying over the desert

Liz01 wrote: ... AIVO is still flying over the desert

if Aivo flew very east, parallel with coastline, that is area without GSM coverage - but he is this time (after 8 day) probably in Turkey
I hope he is still O.K. and it is only problem with his transmitter

he is only near Dead Sea

google translation:
Messages from our black storekee AIVO, who has been off-season for days gone by, has been "present" to Israel today at the Dead Sea! He has done 1548 km across the Sahara and the Red Sea (Suez Canal) in the 8 days since the previous graduation. Israel is about 2,800 km from home. If his next flight will be at the same pace, then it could take 14 days and Aivo will arrive in Latvia on March 29th - but this is possible only if he does all the way without pausing. Trustfully, however, he could put some sort of a pit stop, perhaps even in Israel. We think that since then, for most of the trip, he should stay in the area - follow Gori!

One more good news. Tonight, over 650.5 days old, MARE (who still lived in Ethiopia and is still not going to fly anywhere) will become the oldest new bird with a transmitter. The only survivor of the first year - Mellene - was shot at this age. Since Mare is ALL (the world!) The first bird of the second year to be followed, from today we can only marry what will happen next, because nobody has any experience. It looks like she's not even home this year - at least not at the beginning of the season, which is already in front of the door. The last flight arrived last March 21.
Top 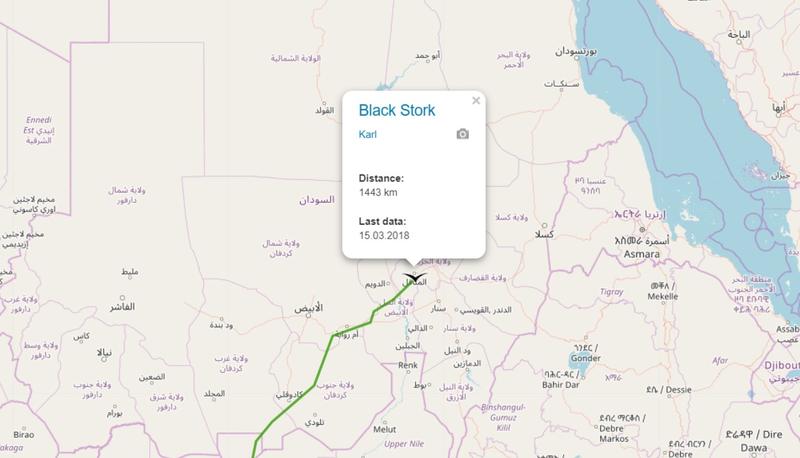 He was in the South Sudan ..Southern National Park- the same place as last year! 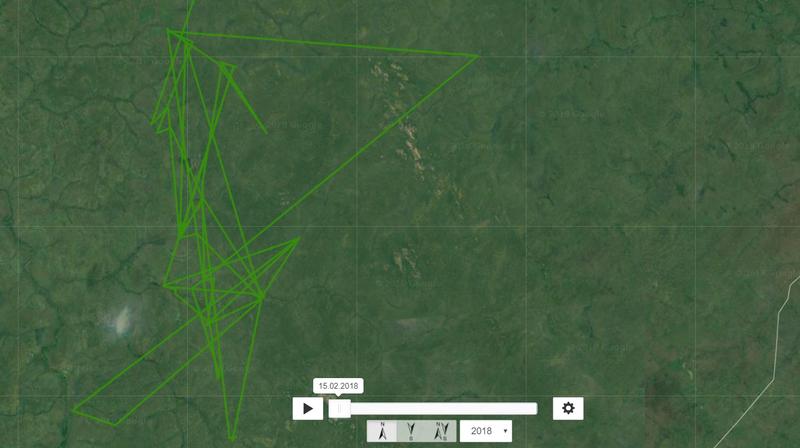 Solo, Thanks for the good news

and for the update!
Top

Karl was at the same place as last year. His route back is almost the same

Karl is in Ethiopia. the white Nile is to his left.

More infos by our specialist Solo

I am incredibly relieved

No new data by EEDI
Top

Finally, here he comes...
What a relief!