Solo, I've read in the guestbook and cry with you for the storklet. It's a raven-black day today. Another of the Makov birds had to leave and my favorite pig from Hof Butenland. So much death at once. Thanks for the beautiful pictures. Find comfort, Solo.
Top

POLAND
CNIG04
We had no news about him since December, 2nd, but we knew he was okay (he was photographed on December, 3rd by Avi Livne).

He moves east of the city of Hadera near Gan Shmuel Fishponds. He looks for food in the fishponds and in the surrounding fields, and has been spending the nights on a high voltage pole for several days. On December, 4th he flew southeast almoust to the road, and his location at the noon was at Hadera Stream. According to the photo it looks like it isn't much water in this stream. 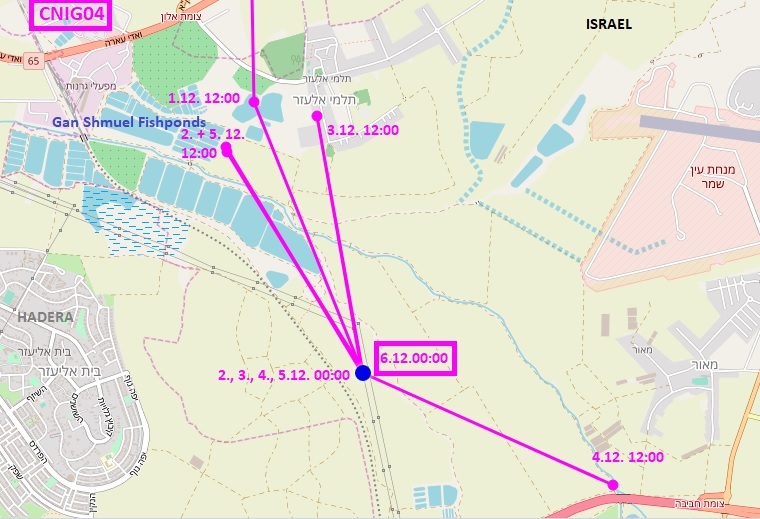 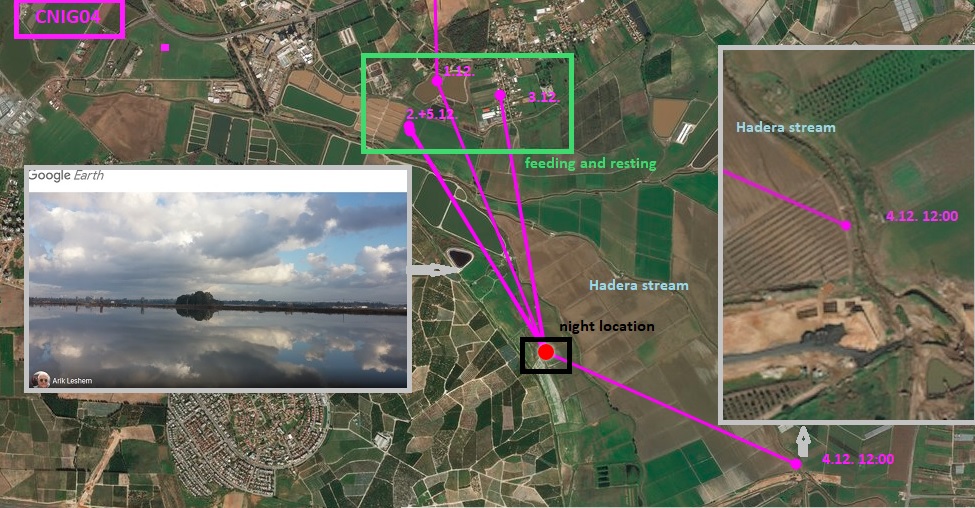 I am still worried about him and I was unhappy when I saw in the early morning on the map this situation - the evening resting place = el. pylon

I would like to know the reasons for overnight on el. pylons even in areas where trees are (not suitable for overnight? are they already occupied by other storks?)

Sue, thanx very much for translation

I have these infos (Dr. Peške):
The data were receiving regularly until early November. Since 2nd November practically unchanged direction the circles (see my note at the end of the text), at first signals in the undergrowth of the northern slope at the river, later from the river and after until now from the hut/probably local „church“. ...
.... It could be killing or only finding because it is difficult to find clear daily movements in that area from the data. But the location on the church (storks often sit on church roofs!) is a gps measurement error (gps location at night)
... The status as to 2nd December, 2019 is unchanged (the discrepancies from the building are within gps measurement error).
Conclusion: the stork is dead, the transmitter is in this hut (perhaps „church“?) now:

circle: "old followers" of this topic maybe remember on maps for Ziluka-Upene by Liz - downloaded from movebank as e.g. this one - other stork(click) https://i.postimg.cc/8cKTLQxd/FB-2015-12-29.jpg

one special church in Ethiopia
(also: Is this the most extreme baptism? BBC Stories https://youtu.be/saLJNsKuabs)

one local church in Tigray region 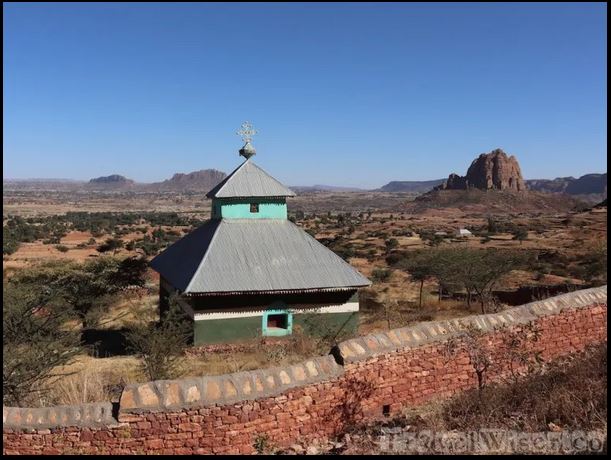 to me seems the area on map with buildings more as e.g. these buildings

Dagmar wrote: ↑
December 5th, 2019, 5:59 pm
Solo, I've read in the guestbook and cry with you for the storklet. It's a raven-black day today. Another of the Makov birds had to leave and my favorite pig from Hof Butenland. So much death at once. Thanks for the beautiful pictures. Find comfort, Solo.

thanx for your kind words - I am really very sad

I am sorry for your favourite pig Erna

(I am angry at animal experiments for whatever reason

Solo wrote: ↑
December 6th, 2019, 4:52 pm
Conclusion: the stork is dead, the transmitter is in this hut (perhaps „church“?) now:
interesting facts about churches in Ethiopia

Solo, thank you for your efforts to find out as much information as possible about Makov's storklet's dead

I believe that Mr. Peške will be able to visit this place and learn more. 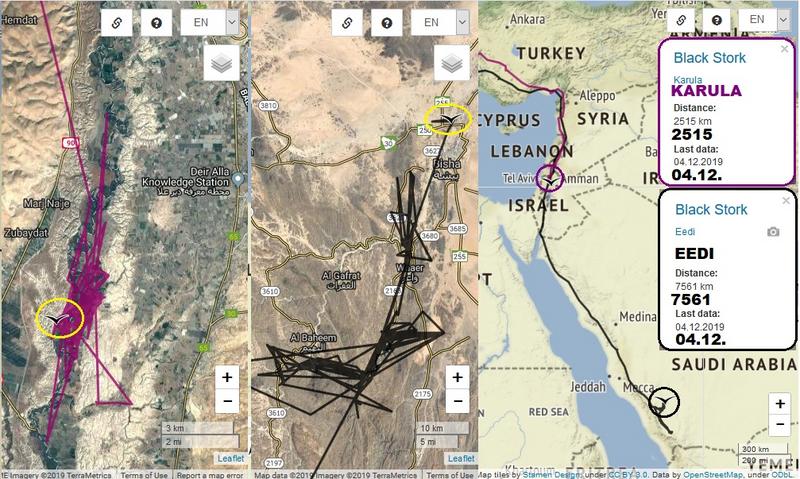 Good news from
BOCZ05 CHRIS
He last reported from Chad on October 25, six weeks ago. He was probably out of the GPS coverage.
He remains in Chad, Salamat province, in a damp area around rivers and streams. He just took a one day trip to the Central African Republic, where he spent the night, and returned the next day.
On December, 6th he flew southwest to Guéra Province. There are plenty of trees in the area, so it's probably enough wet. 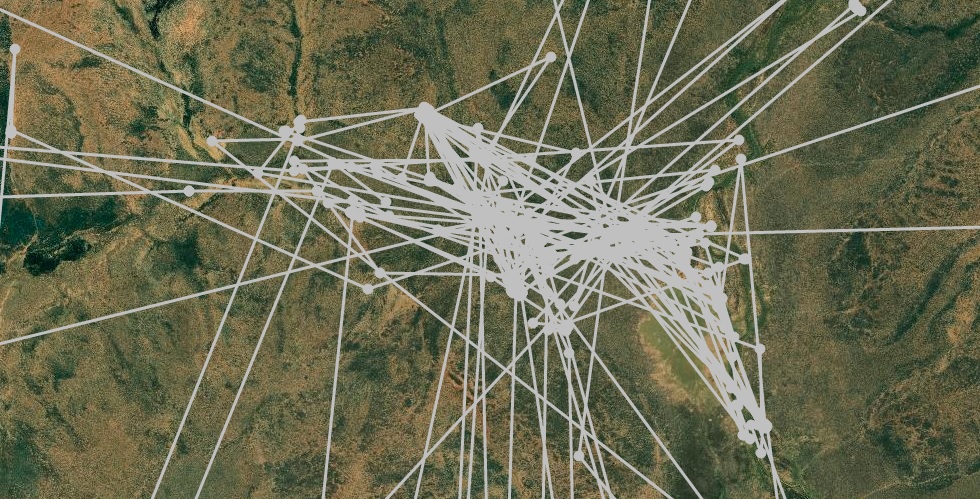 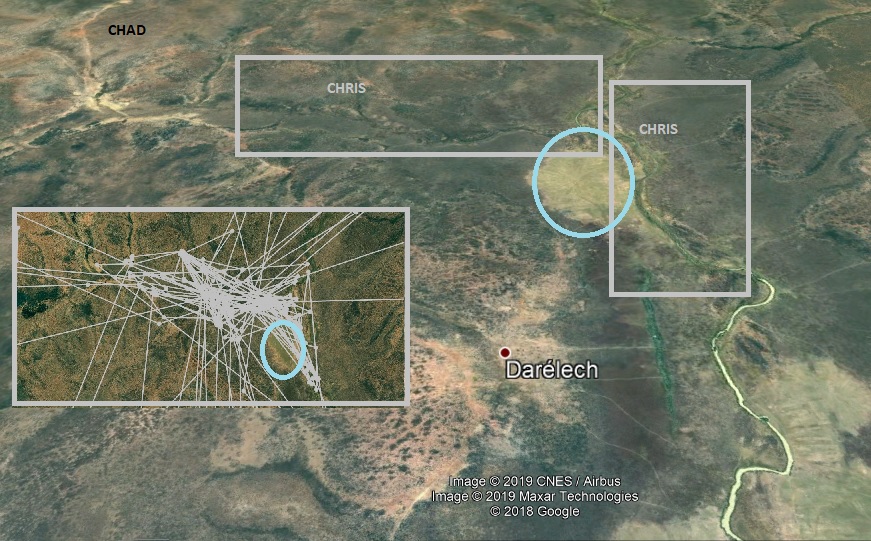 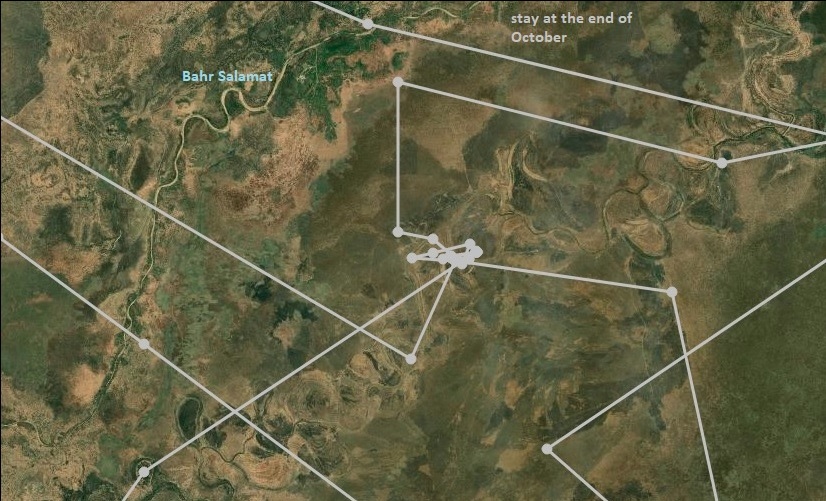 the one day trip to Central Africa Republic 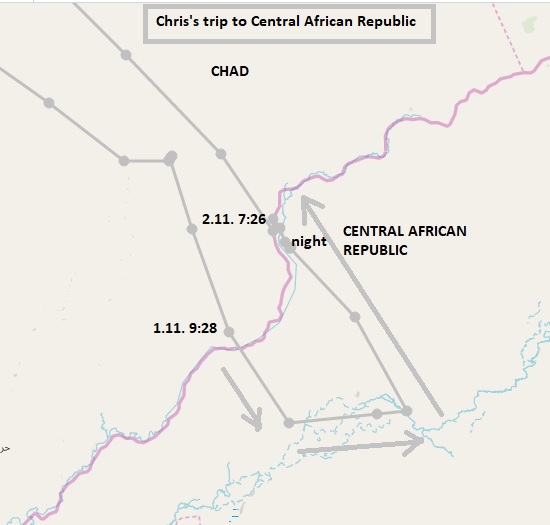 Hana,
I am very happy

it is so as we both thought - Chris was/is alive, only stork was out of GSM coverage area and we hadn't new data on map
thanx for upadte 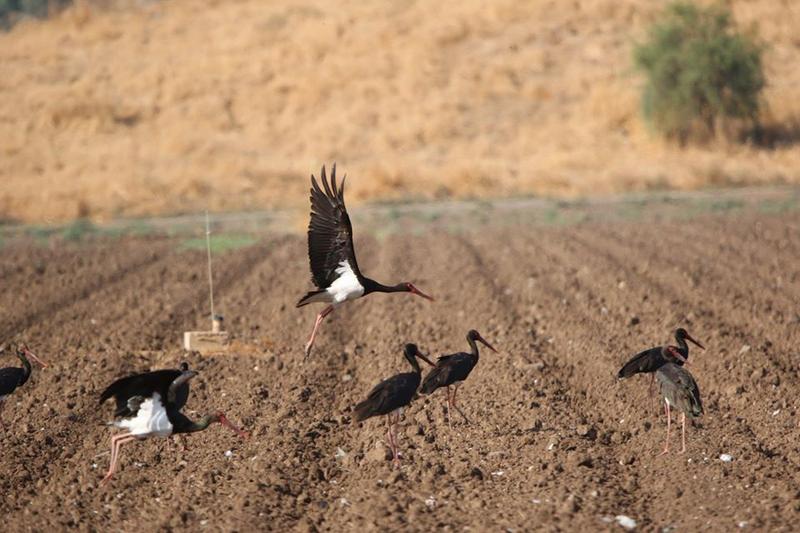 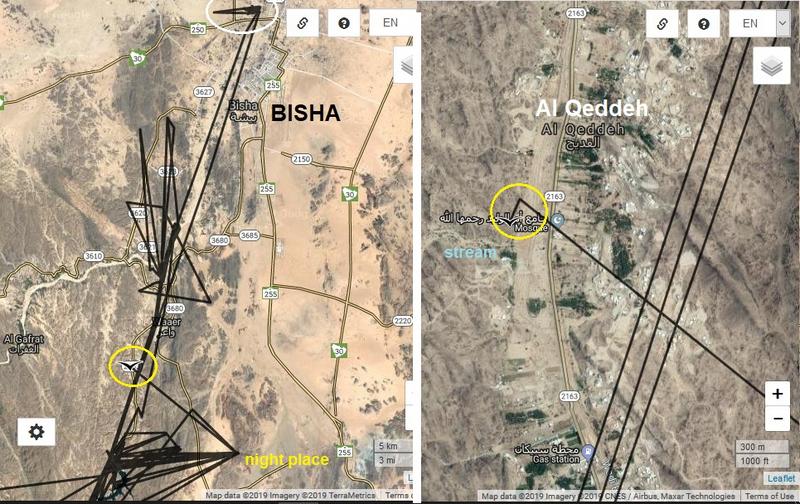 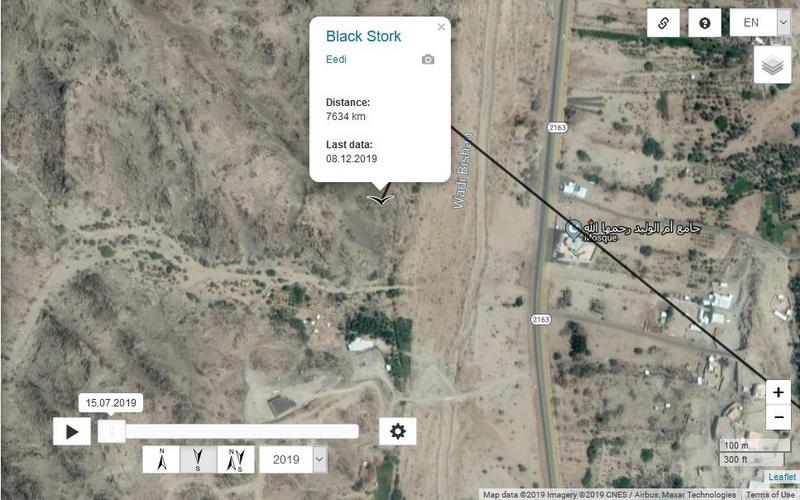 Eedi flew from his night place (east) to Al Qeddeh - the nearest photo not far (little more south) from his current localisation:

Previous known location - Sudan - October, 10th, the following dates from December, 1st. Where he stayed until this time, we don't know - he was probably out of GPS coverage

From the December, 1st do December, 5th he stayed in Sudan by the Galagou River in Dinder National Park. The park is home to 27 species of large mammals such as leopard, cheetah, more than 160 bird species, 32 fish species, and small mammals, bats, reptiles, and amphibians. It is in a major flyway used by birds migrating between Eurasia and Africa.(https://en.wikipedia.org/wiki/Dinder_National_Park) 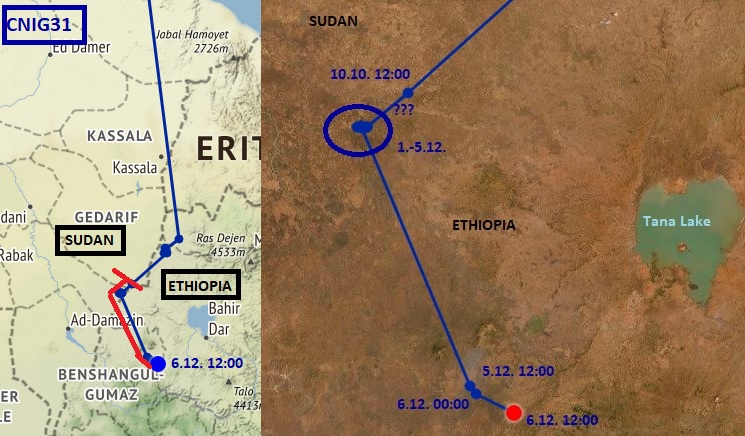 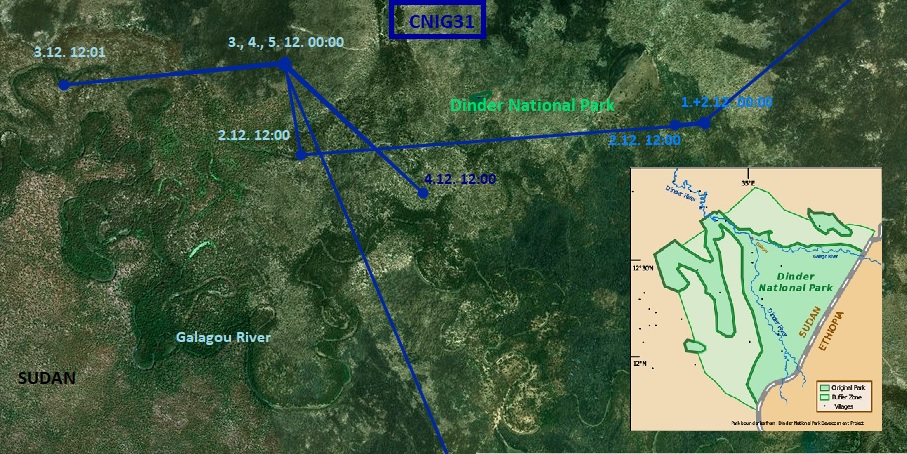 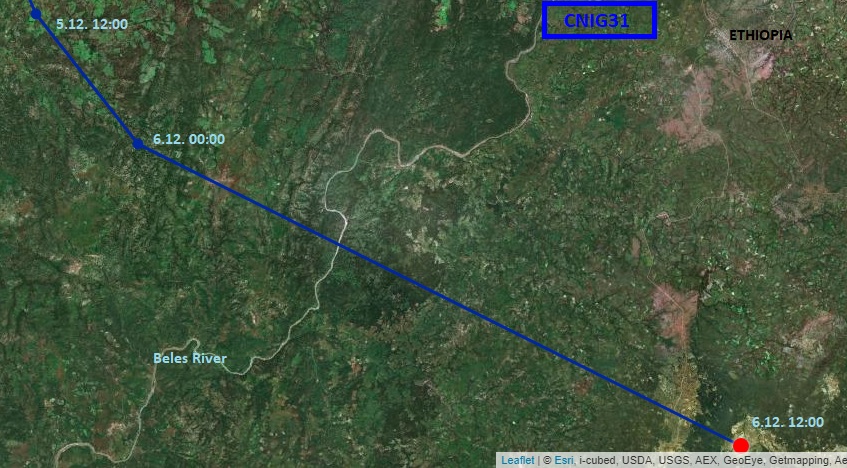 Hello, and Thanks for all the great updates, maps, and pictures etc. !


by Solo » December 8th, 2019, 9:37 am > EEDI update - our stork is back in King Fahad Dam area (flew direction south from Bisha town area), current localisation is near Al Qeddeh

Greetings to our Eedi !
Top 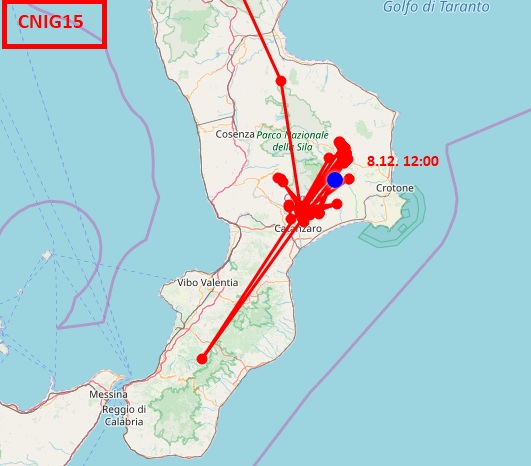 In Europe there is also another Polish black stork BOCZ07 Žólty (Yellow), which is in Greece, as well as last winter.
Top
Post Reply
9953 posts