(in Sudan): https://www.looduskalender.ee/forum/vie ... 89#p510089 (that stork called Younger is from streamed Sosna/Pine-nest, hatched in year 2016) - infos: FB page Regionalna Dyrekcja Lasów Państwowych w Łodzi ..."Wintering place is no longer a riverside savanna with trees, but the fields of irrigation ditches and the poles electric traction. Although it seems strange, storks somehow found themselves in this new environment. What does this indicate? - Provides mainly plasticity of this species. " (GT)
Edit: btw. this young stork also spend a little time in Sharm area
Top

Our little Karula is back after his excursion to the Dead Sea. 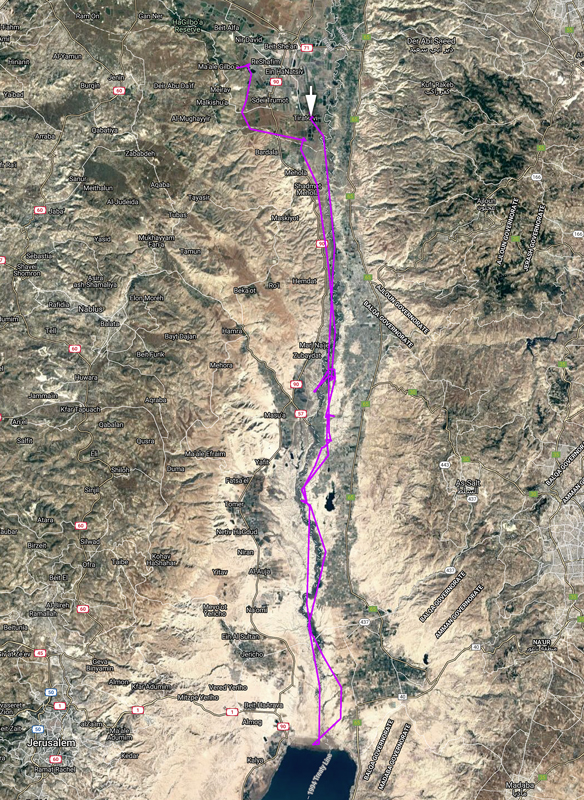 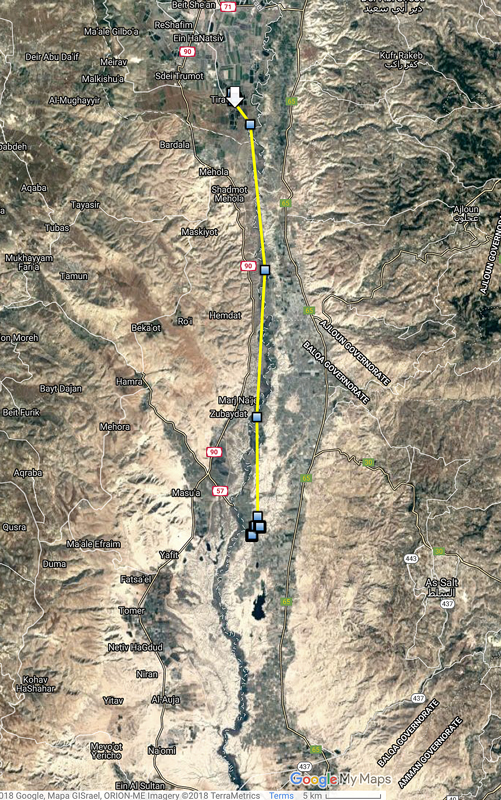 Karula is at the fish ponds of Tirat Zvi 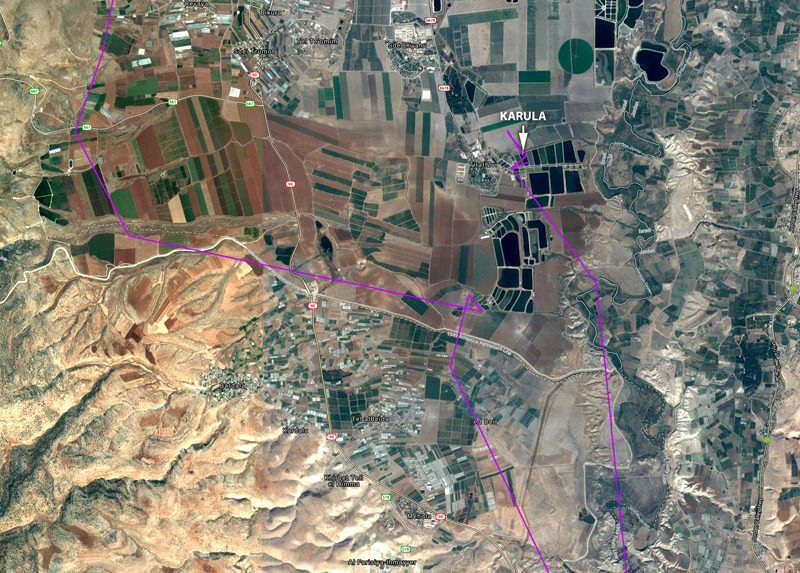 Tirat Zvi is a religious kibbutz in the Beit She'an Valley, ten kilometers south of the city of Beit She'an, Israel, just west of the Jordan River and the Israel-Jordan border. It falls under the jurisdiction of Valley of Springs Regional Council. In 2017 it had a population of 801.
Tirat Zvi sits 220 meters below sea level. On 21 June 1942, it recorded the highest daytime temperature in Asia (54°C),although the validity of this measurement has been questioned, and based on the published thermograph data it seems to have been somewhere between 53.6 to 54.4°C.
https://en.wikipedia.org/wiki/Tirat_Zvi 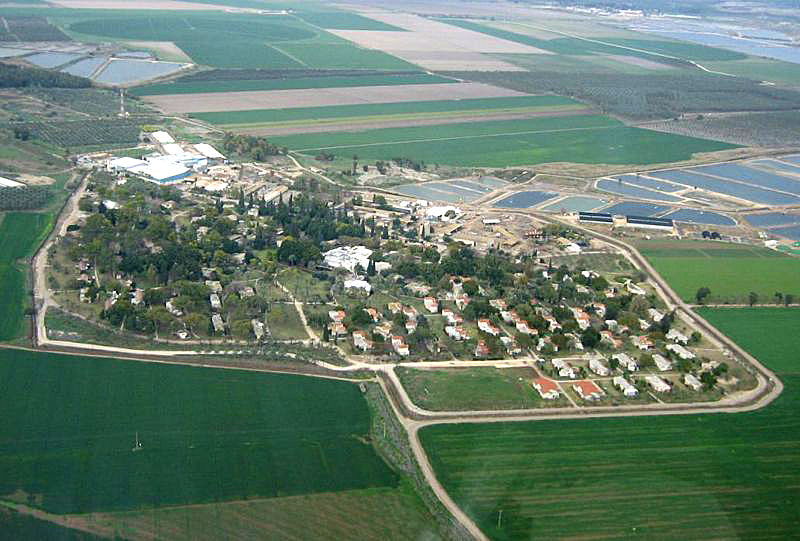 Anne thanks for the card and info

This BS is clever! She likes it better in a green place, with trees to rest on, with nice fishies...

Great news on the changes to birds in Israel. This article is from today!! After the news about the changes in the ponds, I thought it will be very interesting to read this :

Abigyl wrote: ↑
December 4th, 2018, 6:59 pm
Great news on the changes to birds in Israel. This article is from today!! After the news about the changes in the ponds, I thought it will be very interesting to read this :
https://www.haaretz.com/misc/writers/WRITER-1.4968140

I can not read it without registration
Top

Now I understand why I got the text separately...

It comes from the google translator, so it doesn't look well organized:

Like people, animals also need privacy during sensitive times of their lives, especially during mating season, as in the case of nesting birds. Too often, this privacy is violated by eager nature photographers, whose number is increasing in Israel.

To prevent such interruptions, a code of ethics for nature photographers who document birds has been drawn up which, among other things, calls to avoid being present while they are nesting.
Under the code, taking pictures of nesting birds is unacceptable and such photographs will not be accepted by online bird-watching forums or competitions. The code also calls on photographers to respect animals’ natural habitats, to avoid digressing from marked paths or riding in all-terrain vehicles into natural areas.
Photographers are also asked to avoid gathering in large groups, particularly near rare attractions like migrating birds that stop to eat or drink during their journey. "The presence of many photographers and bird-watchers in the same place causes ongoing damage," states the code.

The document also states that birds should not be fed, nor should their habitats be altered in any way to get a more interesting picture.
The code of ethics was prepared in cooperation with ornithologists at the Society for the Protection of Nature in Israel and the Israel Nature and Parks Authority. It will be presented for the first time next Monday at Tel Aviv University, during the 39th Bird-Watching Workshop that the SPNI organizes with the university.
"Photography is a positive activity that contributes to exposing the importance and beauty of nature to the general public," says Dan Alon, the head of SPNI’s Israel Ornithological Center. "But in recent years there has been a significant increase in the number of photographers in Israel, and there are instances in which their activity creates significant disturbance to animals, so the code of ethics was needed."

In one case, which Alon described as extreme, photographers blocked a nest of bee-eaters and put a stick on top of it. A bee-eater that came to the nesting site could not get in; instead, it sat on the stick and began to issue distress calls, which made for a more dramatic and interesting photograph.

In other cases, photographers would chase birds with their vehicles and exhaust them. The most routine but most problematic interruption, Alon says, is the tendency of photographers to approach nesting sites and disrupt the process of protecting and feeding chicks.
"There are people who don’t know they are causing damage," Alon says. "This code is aimed at helping them. It is common in many countries."

In addition to general recommendations, the code also includes specific restrictions. Photographers should not enter quarries from March to July, when some of them are used as nesting sites. Owls should not be photographed near the nesting boxes installed for them, and the rare Houbara bustard should not be photographed other than from the main roads during the first half of the year, so as to avoid harming the birds that are incubated and hatched on the ground during this period.

"The code imposes restrictions that I can definitely live with," says Moshe Cohen, a nature photographer and co-author of the document. "In the end, I do not want to be part of an activity that hurts something that I love and is important to me. It’s a translation of right and wrong into professional language. It’s not a division between good and bad photographers in terms of their relationship with nature, but a call to take responsibility."
Top

I think that's very good. It is advertised everywhere with the Fototusismus. It has to be limited.
Thanks for translating.
Top

It was published originally in English (they have 2 daily editions in 2 language!) But I copied text on GT to translate it to french...
Top 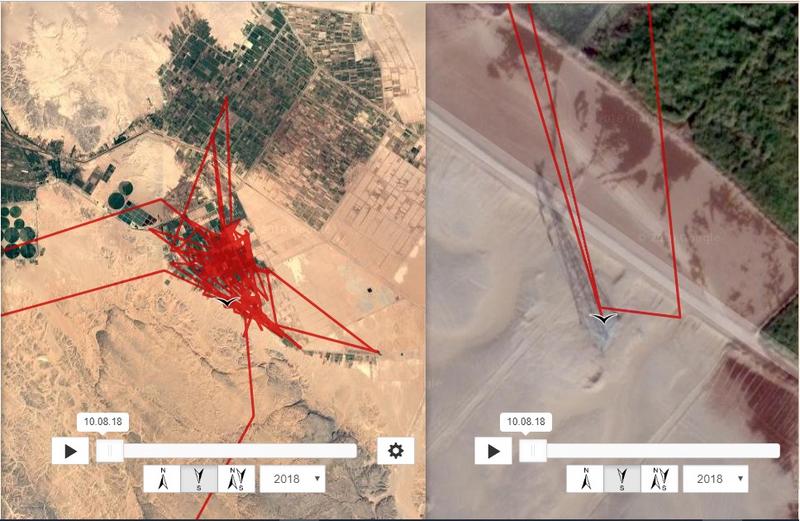 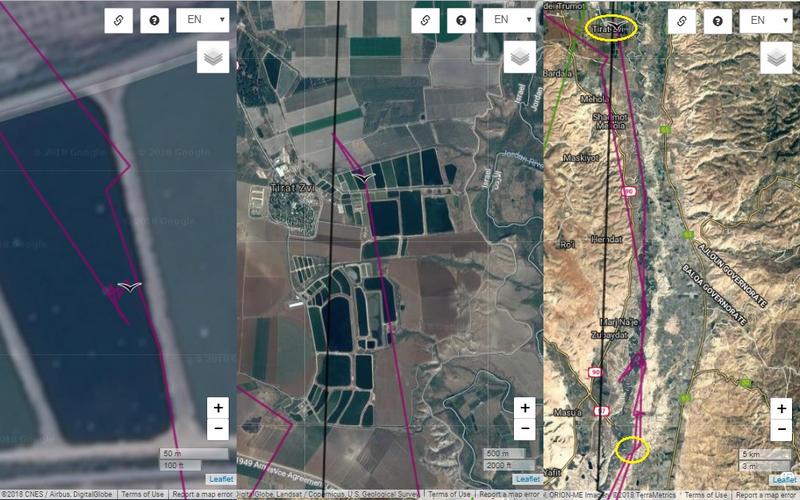 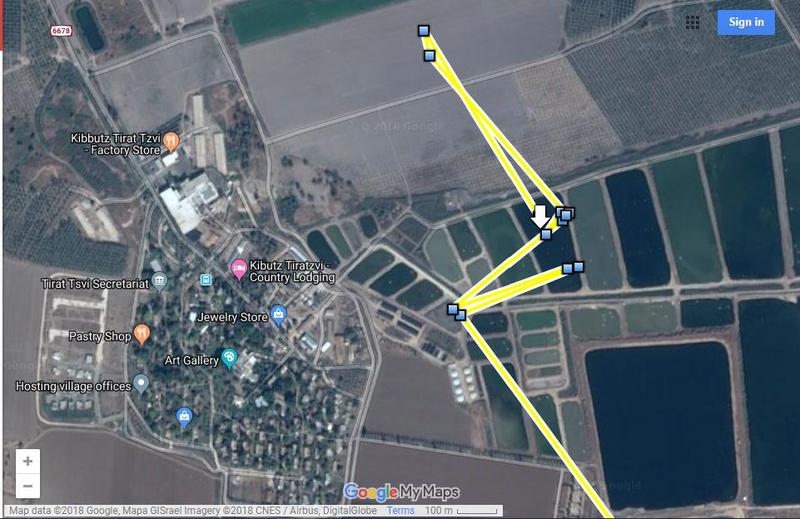 thanks a lot to all for the updates, beautiful and impressive pictures of Karulas surroundings, tracker maps and reports, Solo, Anne, Sova, Liz, Hellem, Abigyl and all!

It is very interesting to watch Karulas paths. Always unexpected and astonishing.
I can't remember other young storks on first migration that were similarly enthusiastic about traveling. I have a feeling that Karula is having a very good time, - flying back and forth, exploring Israels landscapes and all those wonderful fish ponds.

In this picture I've marked Karulas remarkable travelling on December 3rd to the Dead Sea and back and the current position on December 4th.
View to north. 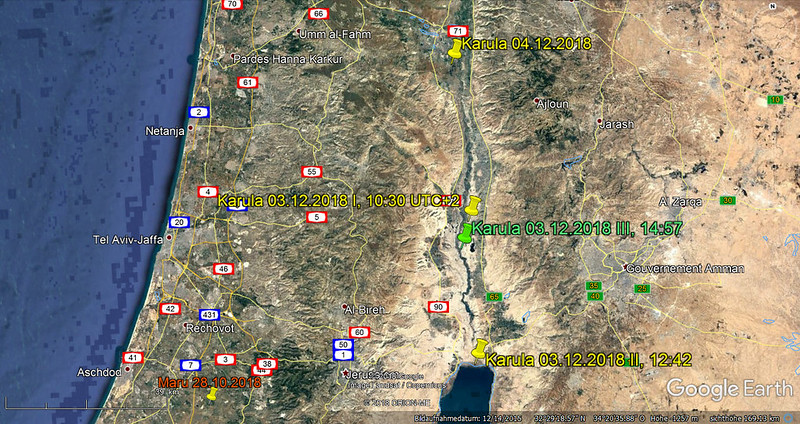 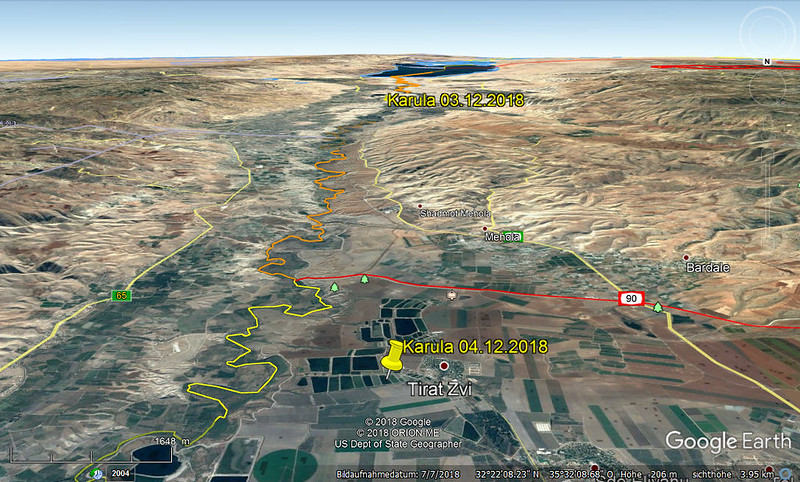 Thank you all for updates and interesting articles, comments and pictures

What our Karula does, is normal for a young stork in the first migration.

Quote:
Young birds behave in comparison to the adults storks in the winter area in general "undecided" They explore the for them new regions.

I think, that is, was Karula is doing!

Adult Storks are showing a strict loyalty to their chosen wintering places.

morning maybe searching for food in stream south of Damiyah (Jordan): departure time from night area at 6:27, arrival to stream at 6:42 and at 10:43 our after 4 hours (probably fishing) our little Karula moved to north 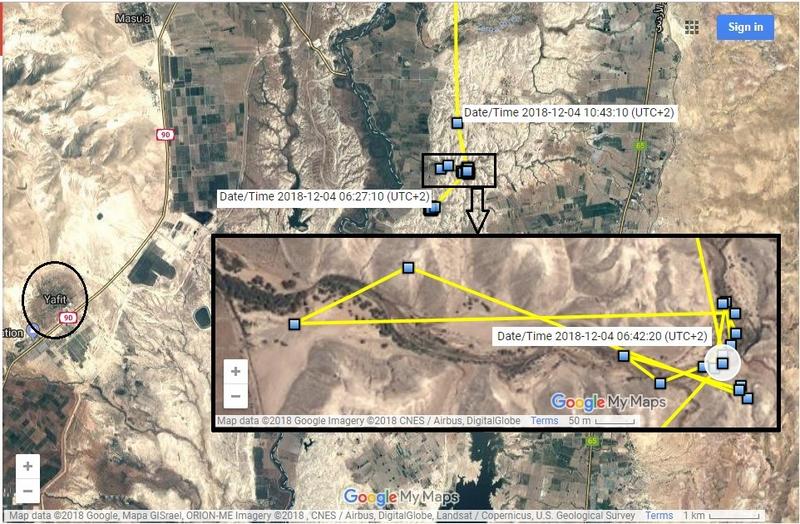 very probably the area also here is anything else (click or see here the big photo https://www.looduskalender.ee/forum/vie ... 08#p624108):

(the date: put to panoramio)
Top

Good morning Liz and all together

, but that trip to south and now back to north is not a commonplace (from my experience) - enough long path

Anne, good job (we always), thank you for all news and infos

Many thanks for all updates, pictures, maps and info.

Michi, good to have you back.

Sova, thank you. I have put the weather data in yesterday's summary.

I assume that from now on Maru will sleep on one of those pylons every night. A very dangerous habit.

I do not like seeing this image in the evening, it is worrying. 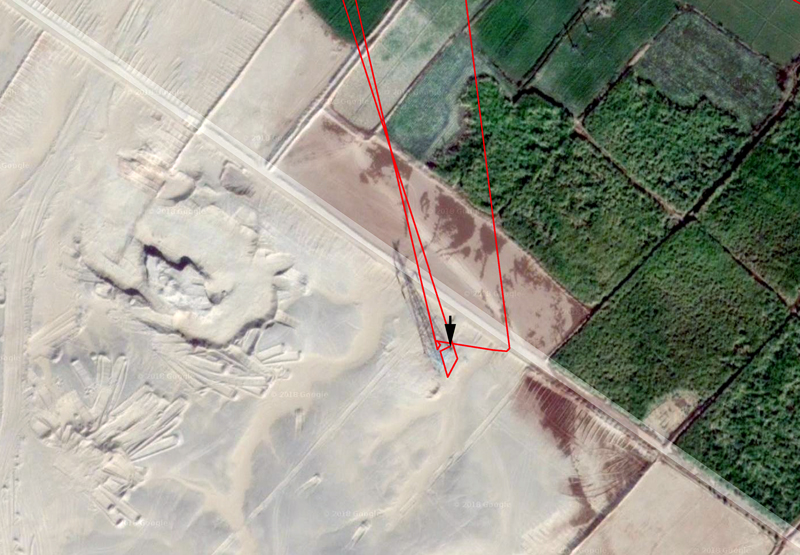 I made a tracker map to see if Maru is OK this morning. 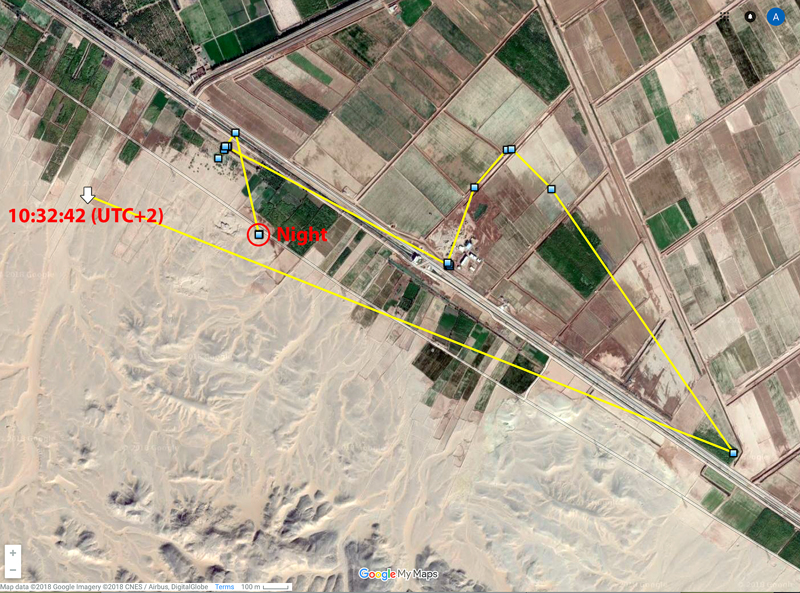 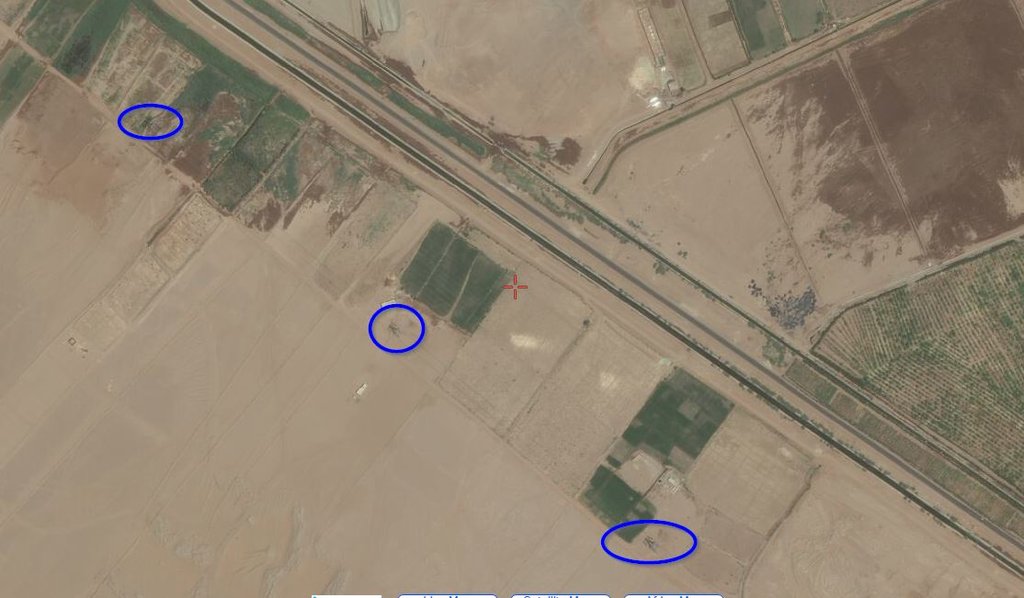 Karula is still in Tirat Zvi. This is today's track. 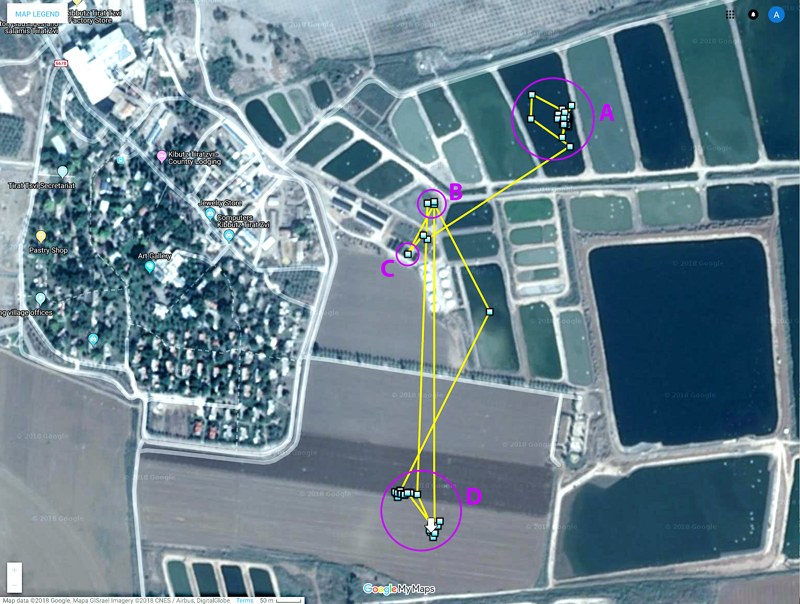 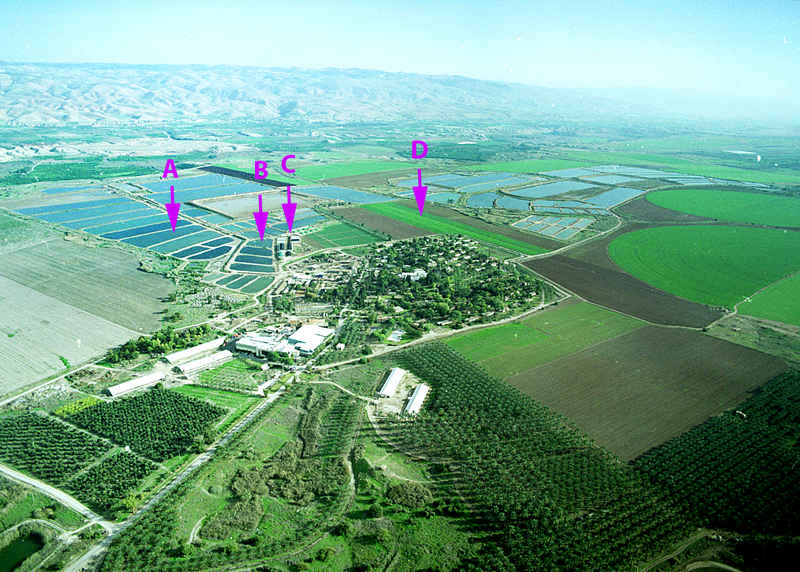 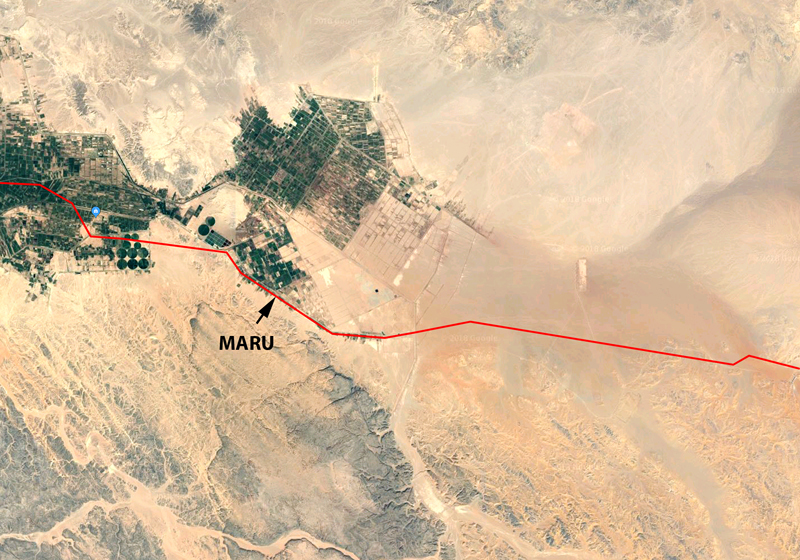 thank you for the early tracker map, Anne, and all for your pictures and reports!

She is playing with her life and doesn't know it. I don't want her short life to end like this.

One can see clearly the power pylon respectively its shadow. :-( 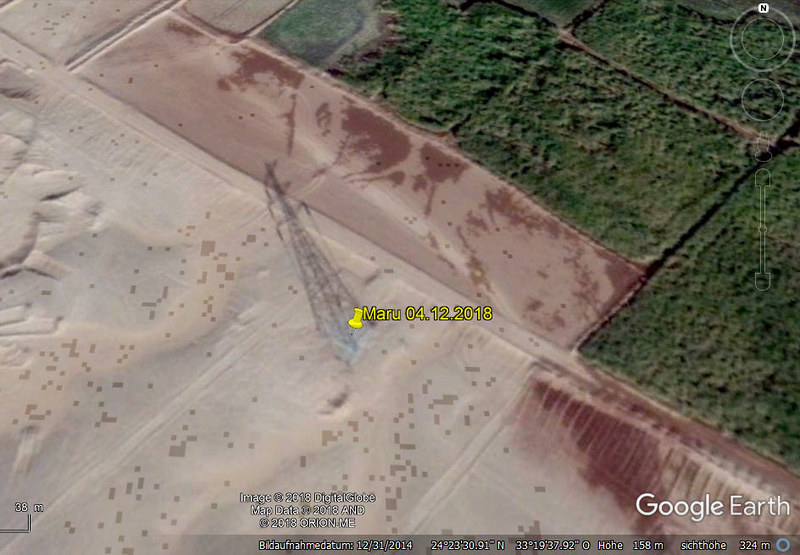