Thanks for your help, Solo! 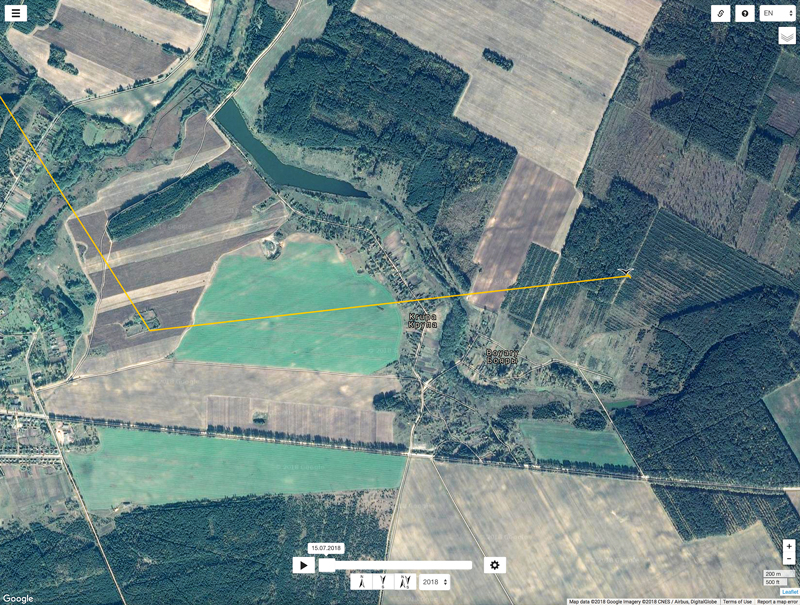 Thank you, Anne. Very interesting to read - I feel myself without any abilities at all in comparison with birds.

Thank you, Solo, Maru read my post to start slowly moving souhtwards instead of wasting energy flying east and west.

Summi wrote: ↑
August 27th, 2018, 10:05 pm
Thank you, Anne. Very interesting to read - I feel myself without any abilities at all in comparison with birds.

Thank you, Solo, Maru read my post to start slowly moving souhtwards instead of wasting energy flying east and west.

Karula is near Sasanivka, Ukraine.
It looks as if he/she found an interesting place. Thank you, Anne, for all your work.
I hardly write anything here, but read every day several times what is going on here.
I agree that Maru is on her way now.
Have all a good and peacefull night.
Top

Dagmar wrote: ↑
August 27th, 2018, 10:52 pm
Thank you, Anne, for all your work.
I hardly write anything here, but read every day several times what is going on here.
I agree that Maru is on her way now.
Have all a good and peacefull night.

Thanks for the appreciation, Dagmar!
Sleep well, too. Yes, the same favourite area near Kyseli in Ukraine 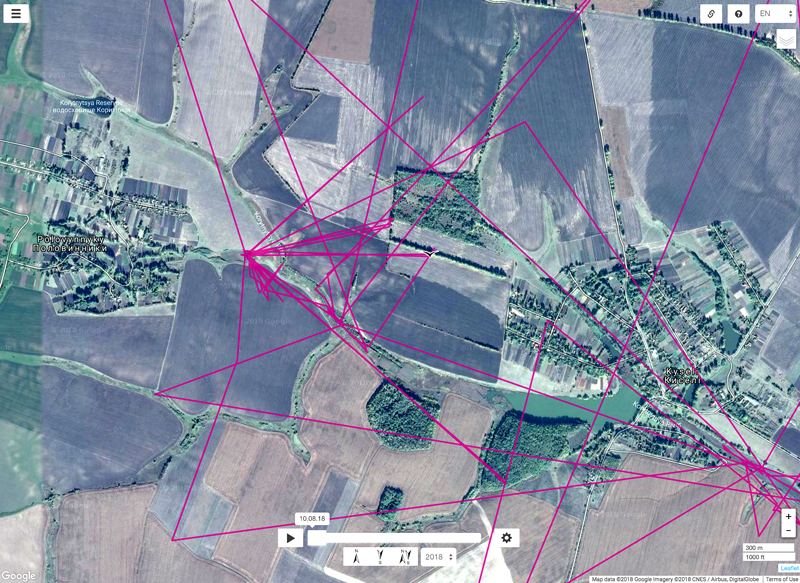 , thank you for you work

, thank you for you work

Now it's time for me to go to bed. A recent, interesting article about bird's senses of smell and taste:
http://www.startribune.com/turns-out-bi ... 485946142/
Birds’ sensory lives are very different from our own.
Turns out birds can smell and taste after all.
"Recent studies show birds have a broad sensory palette, shooting earlier theories out of the water. ..."

Anne, your unbelievable urge to research attracts us all, thanks for that and for your diligence 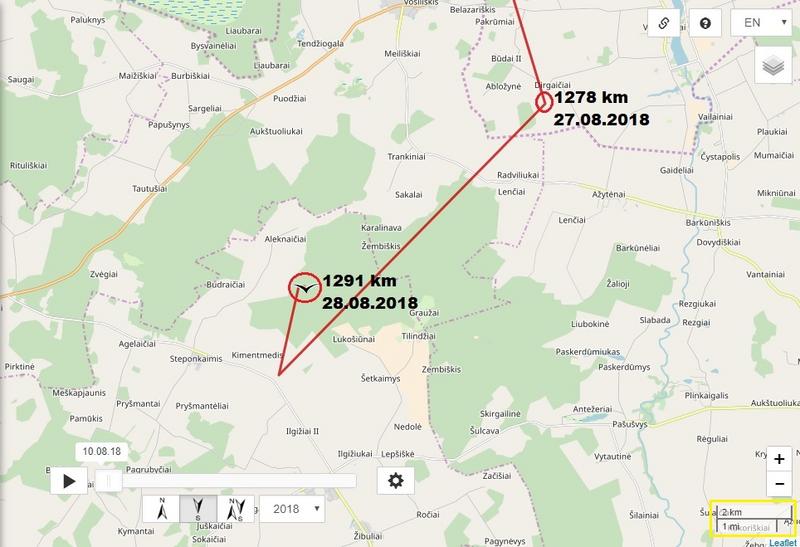 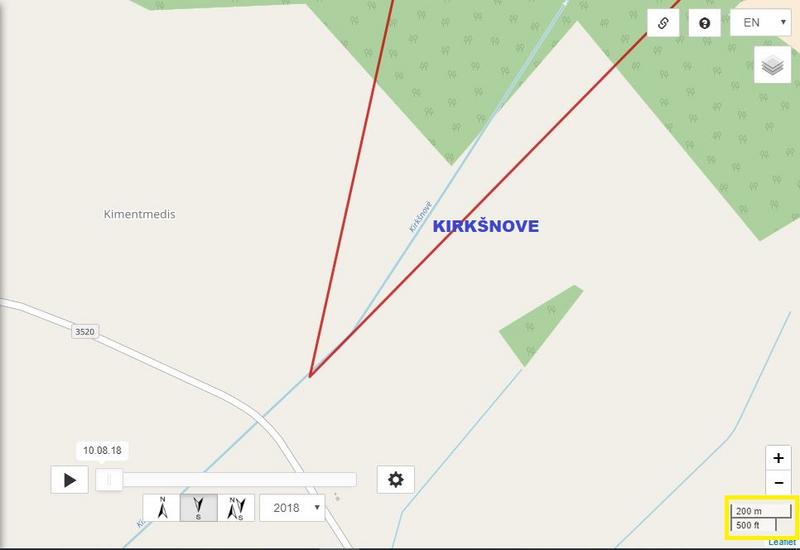 and little back to north (maybe the night area) 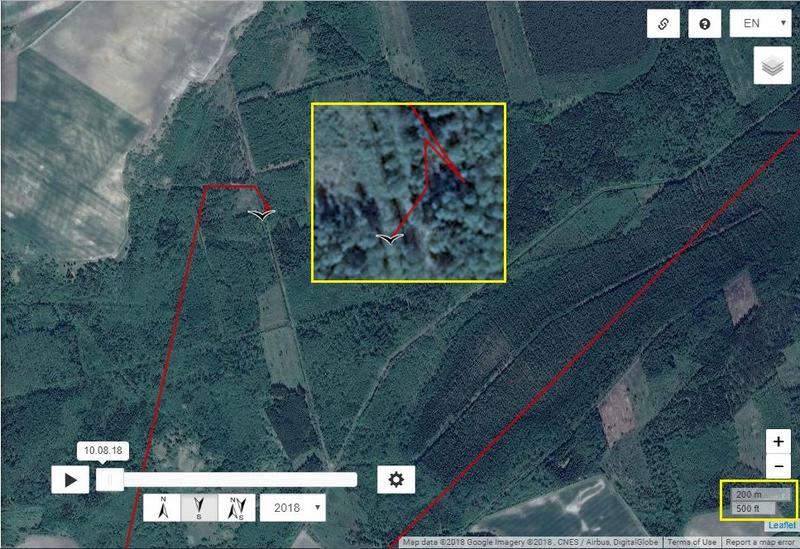 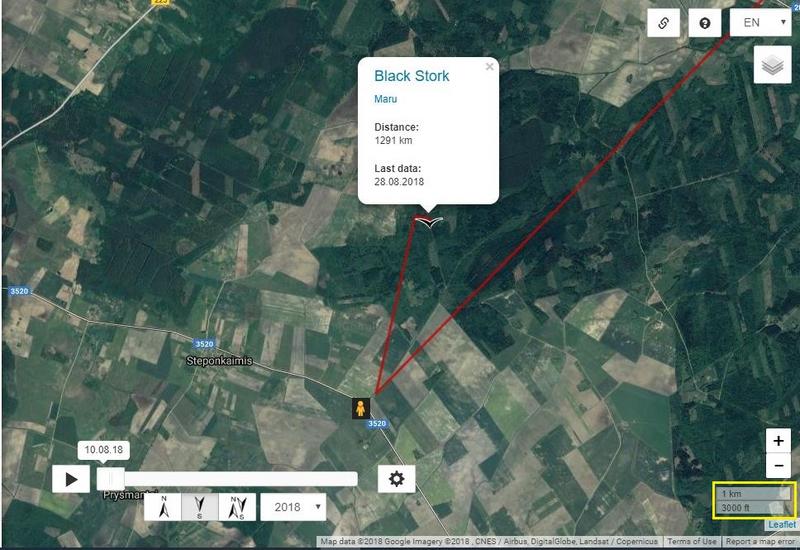 MARU - ate (?) near that stream and flew a little direction north (forest) 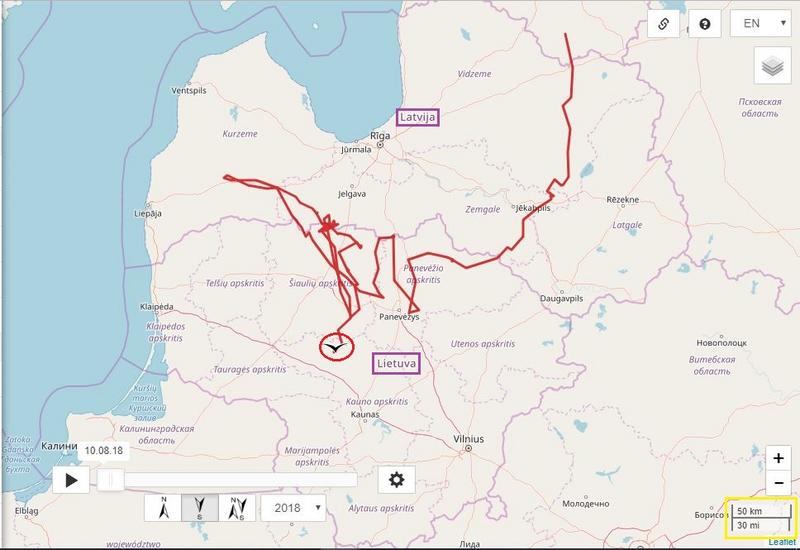 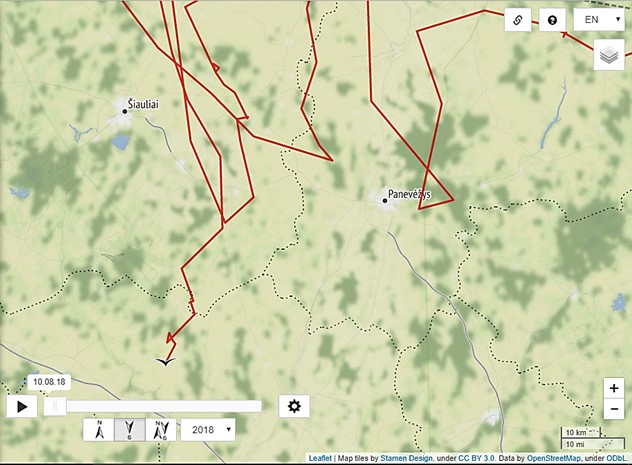 off to the south 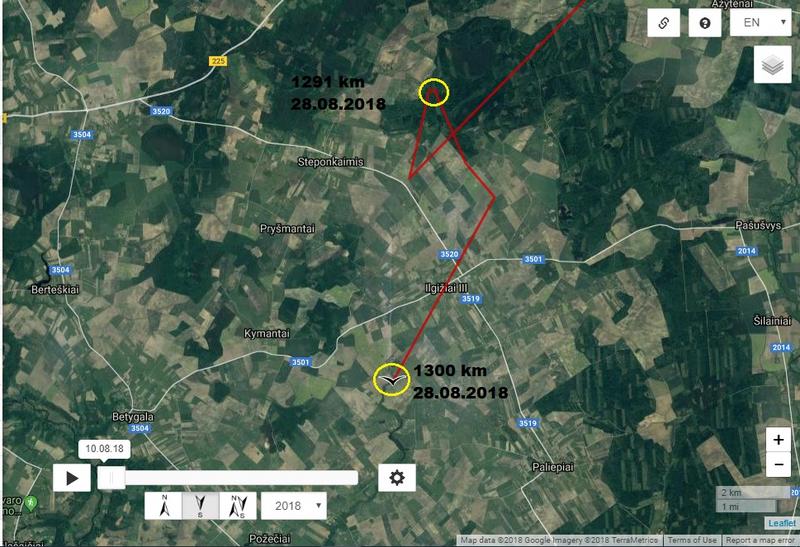 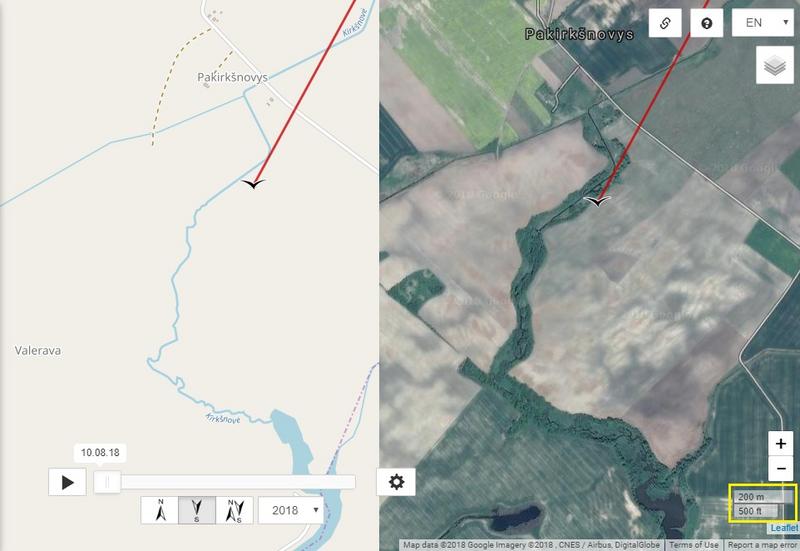 Thanks Treia and Anne7 for your (popular) science links. I have read the net articles with a great interest, although I am no bird scientist even on any amateur level. Following this black stork nesting via net has, however, brought a huge amount of joy to our cooled flat where we have been sitting inside most of the hot summer, not to get paralysed of this unexpected kind of Finnish summer. Now, I would like to follow what happens to these familiar chicks later on and eventually understand why they do what they do, although it seems to exist no scientific consensus of their abilities.

I choose a quoted paragraph from above:

But by its nature, the displacement experiment cannot tell us what birds would do if they had the option of using outward-journey information, as they did in our study. This heralds a whole new era of work in which careful track analysis of free-ranging movements, with and without experimental interventions, can provide inferences about the underlying behavioural mechanisms of navigation. Precision on-board tracking technology and new analytical methods, too computationally heavy to have been possible in the past, have made this feasible.

I don't know what the science team in the background is planning to do. But the magnetic vision could be somehow tested because all three chicks and their father have been on the same starting point whole summer and the offspring are undergoing their first migration. A magnetic map is available for human observers where ever the birds will fly.

So, if the birds collect a video image of the magnetic field via their eyes together with landscape etc. in their memory this must be a flexible property because during the history of the species the Earth's field has changed its intensity and even direction many times. So in the beginning of their life the storks may have adapted to magnetic fields close to the nest, eventually with a narrow tolerance up and down only. This adaptation may vary from one chick to another. Having flown away they after some time may reach the limit of their adaptation range and have to rest for a while to re-adapt. And this is what Maru and Karula may have done. They have been resting in an area where magnetic field strength is slightly higher than normal. Päike, as well, seem to find its path south via magnetic highs. In this way all three could progress more southwards than their "calibration" of original magnetic vision would allow. After some time they were capable to see magnetically again because of the adaptation of their magnetic eyes and would continue their migration.

Maru has now started moving southwards. It first returned close to the southernmost point before break, eventually by a visual map in the memory, and continued there to the direction it was progressing before turning back to the north. Now it flew some time to the SW, where's higher magnetic intensity, then turned towards the general migration direction. Having flown to lower magnetic field area it seems to have turned back to SW reaching higher magnetics again and staying there overnight. Now, in a very simple minded way, if it is slow to adapt, it would try to fly along regional magnetic highs, which would lead it to Kaliningrad, then to Poland, to the West of Warsaw and from there to the SE towards Western Ukraine and Northern Romania. Let's see. Maybe I am not right and barking a wrong tree. This is, however, not completely a guess, but based on a layman model which is being tested from now on. I wish that Maru would succeed in the border crossings with all the electronics in its back pack provided that it would follow the magnetic ridges.
Top

Also black storks fly in groups and they have leaders 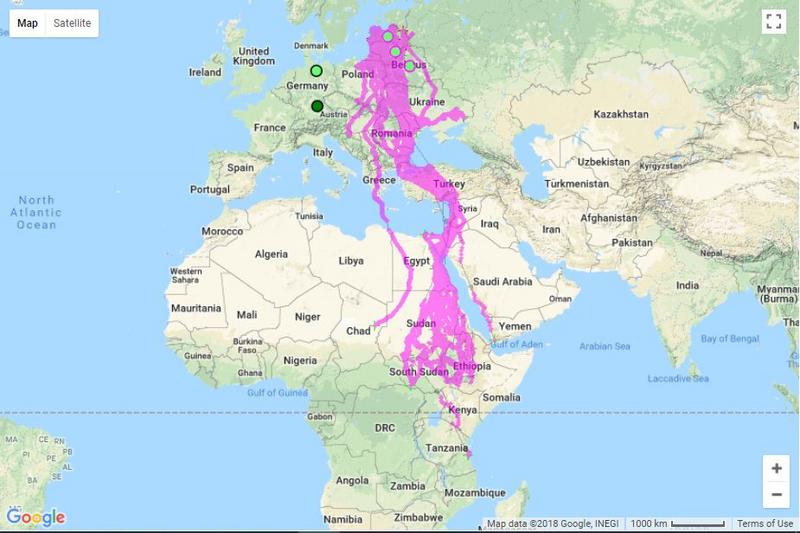 Existence of a leading stork is crucial!

There's only one path extending West of Warsaw at the Latvian database, so far. The migration started from central Latvia to SSE, then turned to SW, turned back to SE at Ostrava Check Republik, crossed Sea of Marmara, followed the Jordan and Nile valleys, and ended to a natural reserve at SE Sudan. No information, how many storks were accompanied.

In case this underdeveloped magnetic vision scaling hypothesis holds for Maru, it exists a more extensive barrier to cross the Törnquist-Teisseyre line at the SW edge of the NW-European basement area. There's a long magnetic high following the edge of the crystalline basement.

see for details the movebank page (https://www.movebank.org/movebank/#page=search_map) - search "Ciconia Nigra" (sorry I am now busy)
(and they are also another maps for migrating BS)
Top 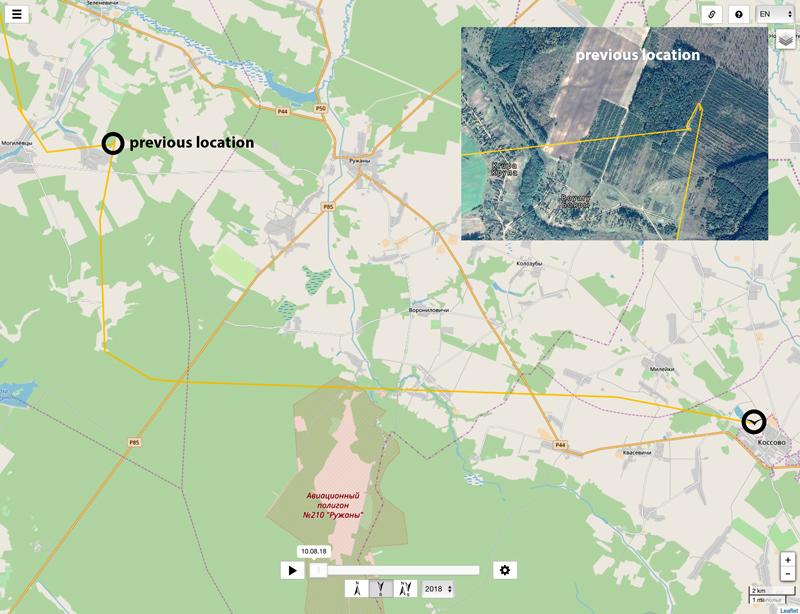 The Palace of the Puslovskys in Kossovo is part of a number of Belarus’ travel itineraries.
http://www.belarus.by/en/travel/belarus ... ovo-palace
“Clearly, animals know more than we think, and think a great deal more than we know.”
— Irene Pepperberg
Top
Post Reply
8632 posts