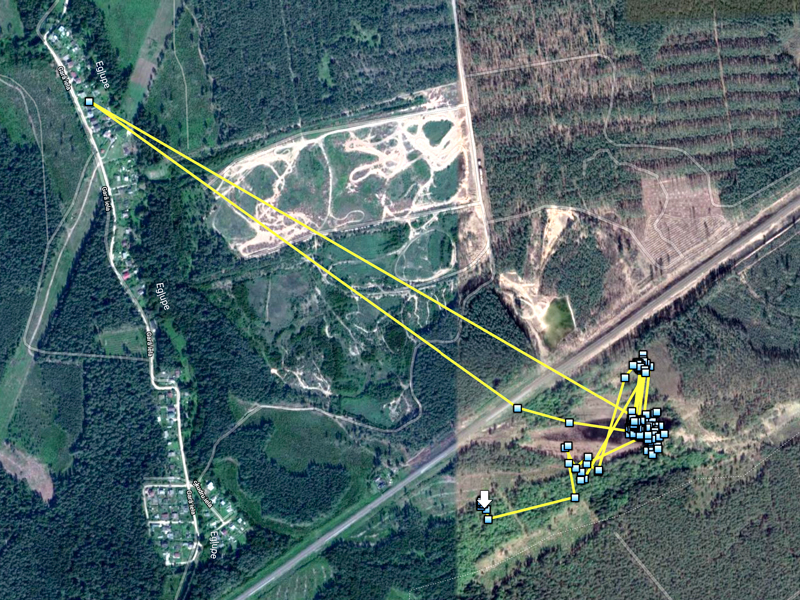 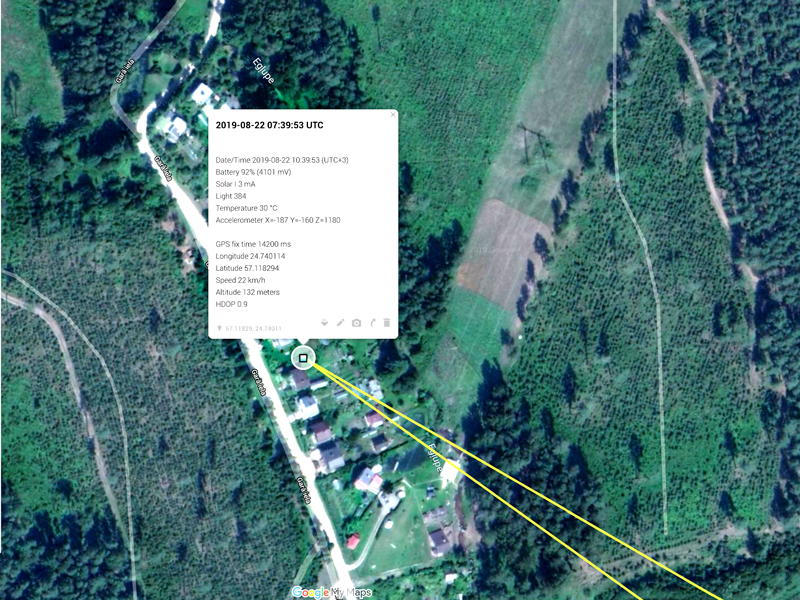 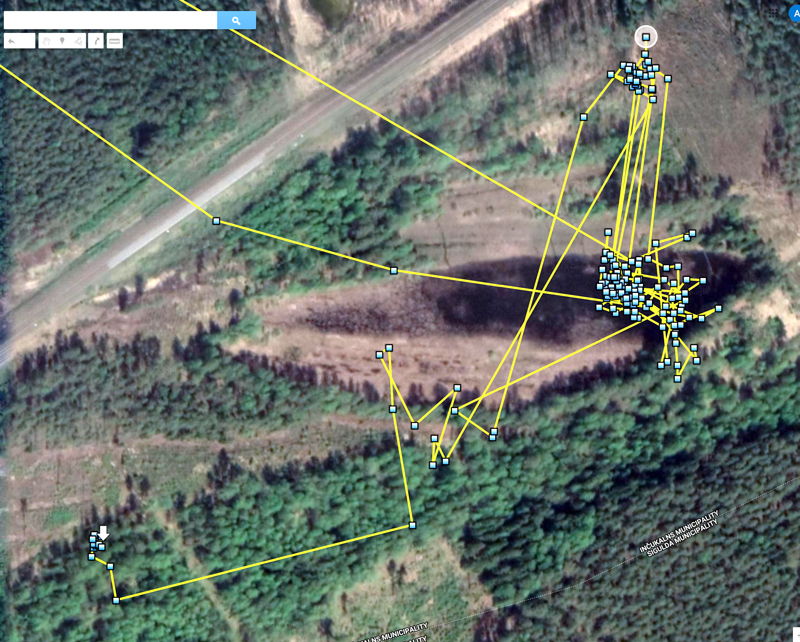 Thank you so much for the maps Anne7!

It is good to see that “the kids” are exploring
the world!

Yes, it is fascinating to see where our youngsters are. :-)

Sova, many thanks for the weather reports!
I am so glad that our little Karula was just blown away a bit...

ORU must be careful, they are here also predators: https://bit.ly/30smIoG

Thank you, Solo, for the information!
But on the the first link you have posted, there are no photos. At least not for me.

There's only Polish text.
And the pics in the second link - the predators - are these wolves? It's not clear to see.
I'm relieved to read by Anne, that Oru most likely has slept on a tree.

But no worries, it looks like Oru spent the night from 20 to 21 August on a tree in the little forest. : D

That's good to read. I came to the conclusion that Oru has slept in the field, because the trackermap from August 20th (complete day) showed Oru's last position at 20:43 in the field. Only now I have seen that the tracker map of the next day (21.08.2019) still showed data from August 20th after 20:43. At 20:48, five minutes later, Oru flew to that tiny forest where he most likely has slept.

This example shows that nothing should be assumed or interpreted. Our storklets also fly at somewhat later times.

Thank you very much all for the reports, weather maps, cards and tracker maps!
Top

There's only Polish text. And the pics in 2/ the second link - the predators - are these wolves? It's not clear to see. ...

1/ I am sorry, I copied the link with opened pic

KARULA and EEDI are without update (both have last data Aug. 21) 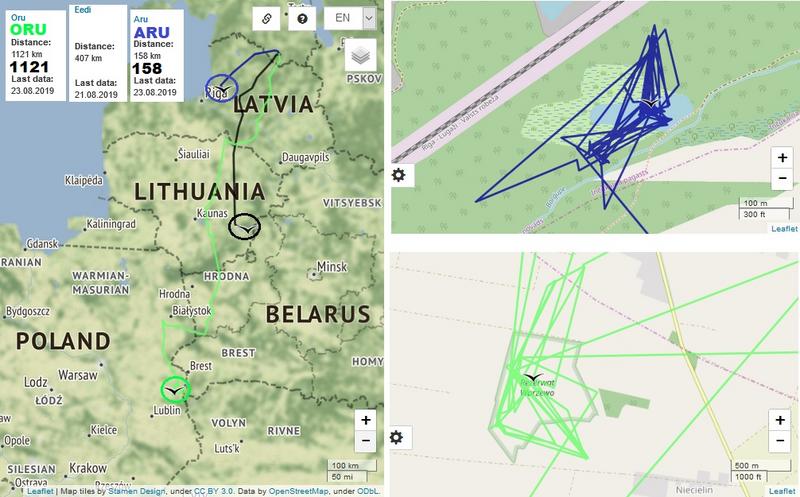 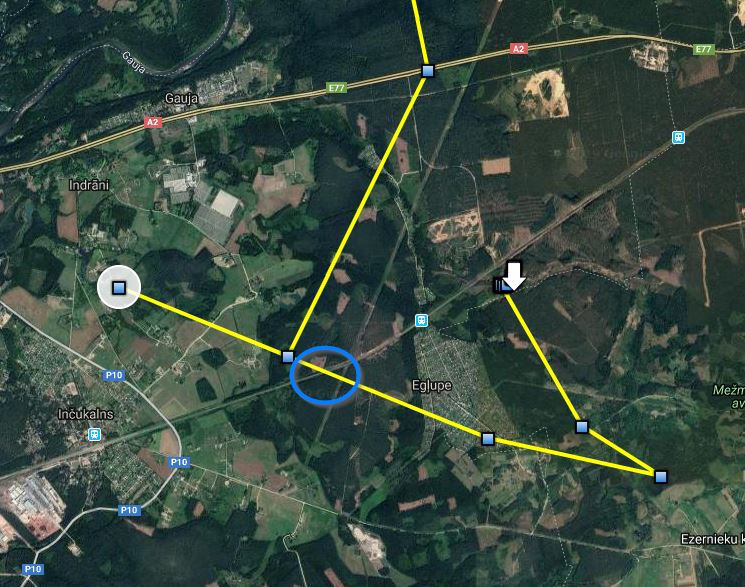 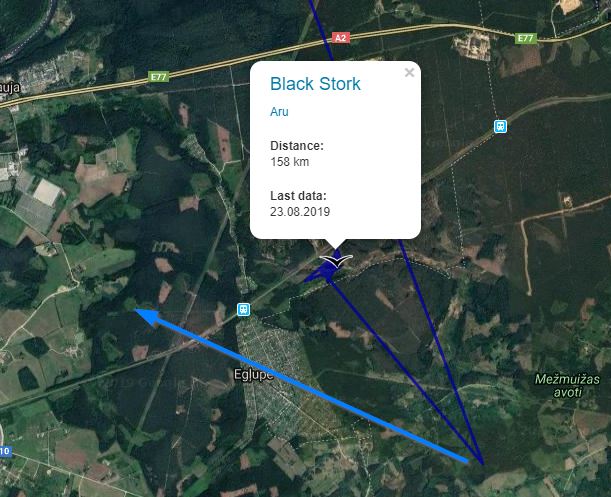 birdmap is (very) simplified
- mayby only the morning and the evening localisations (2 point per day) are linked, but i am not sure how much localisations (not every 5 min. or 15 min. as on the tracker map we see) 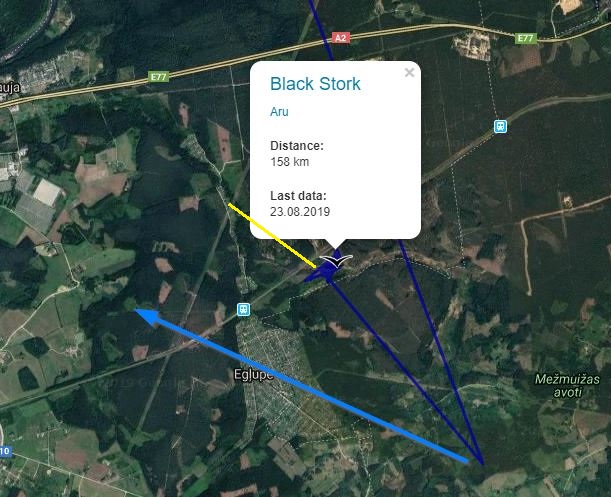 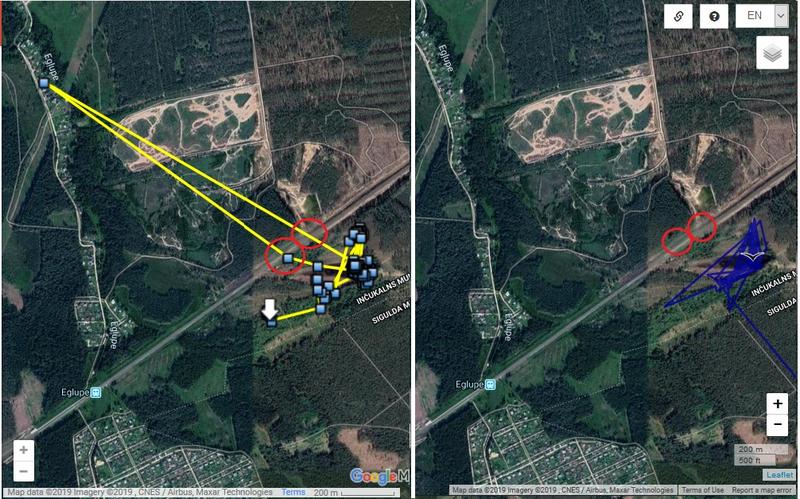 I recorded direction ... I do not work with millimeter
Top

, I recorded direction ... I do not work with millimeter

I was confused by the different date on the birdmap map - 23.08.
Top

This is because birdmap shows fewer details than tracker map.
Birdmap connects a smaller number of known location points (always with a straight line).

To clarify this, I have drawn a simple fictional example.
The blue line shows the actual flown route.
In this fictional example, the green line represents the tracker map. The location points are displayed every hour.
And the red line represents the birdmap. The location points are displayed every three hours.

The more locations are shown on a map, the better the line approaches the actual flown route. 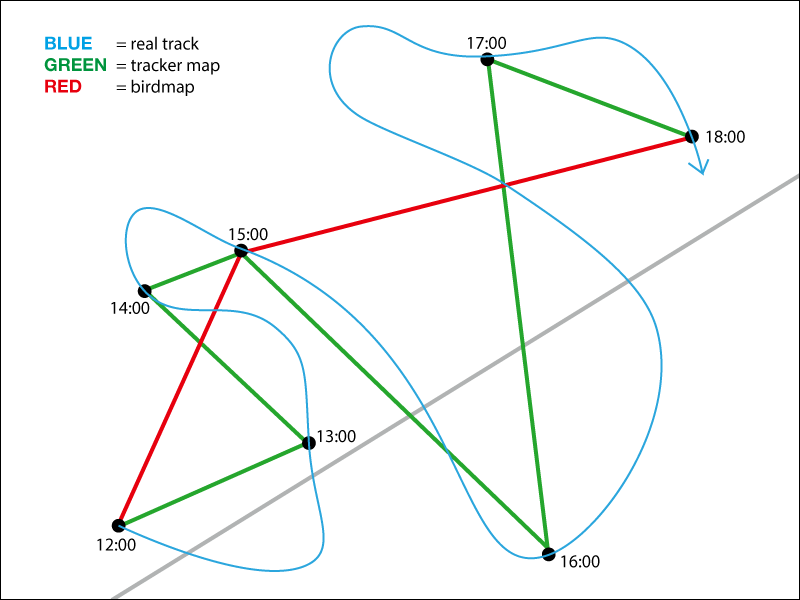 OK .... very understandable !!!
Thank you Anne (I have said it before ... like a little child, like coloring book, then I understand it)

OK .... very understandable !!!
Thank you Anne (I have said it before ... like a little child, like coloring book, then I understand it)

Do you understand now my colored weather data 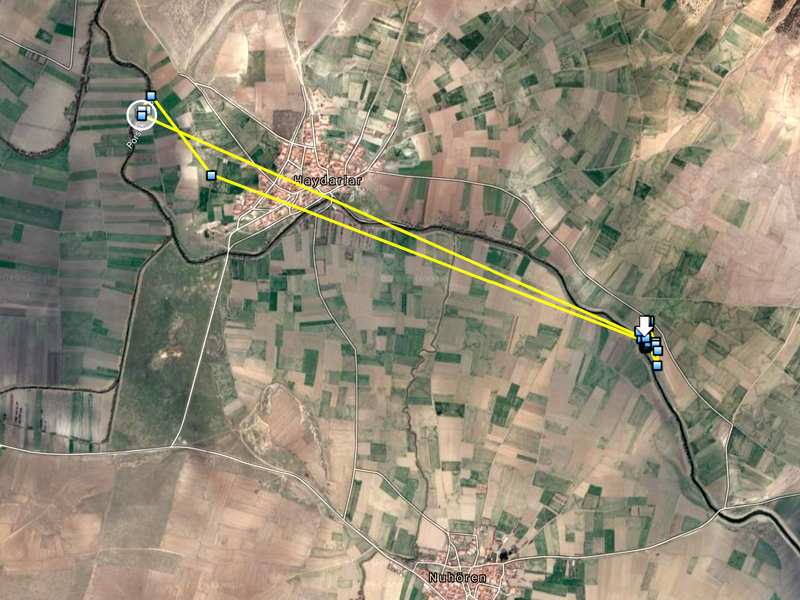 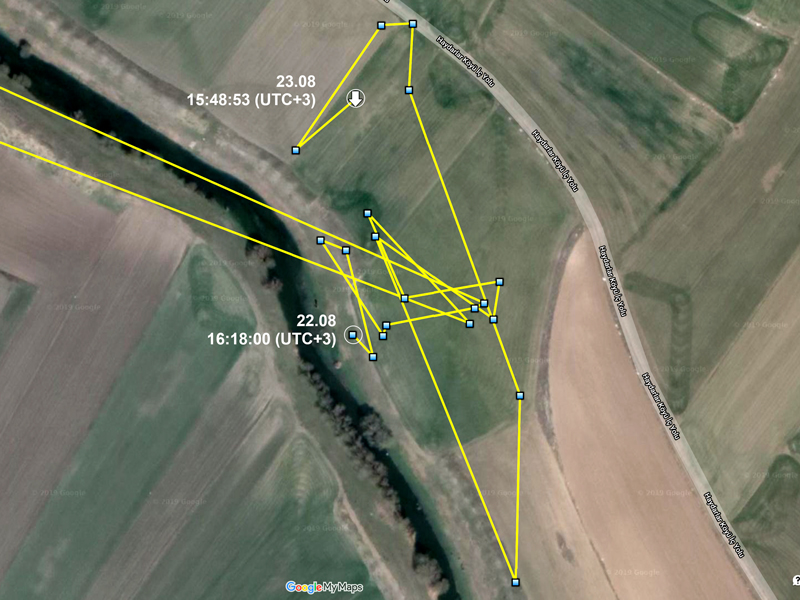 Anne, thanks for the tracker map
Karula's weather data is available
Top

Oru has been exploring the wider area. 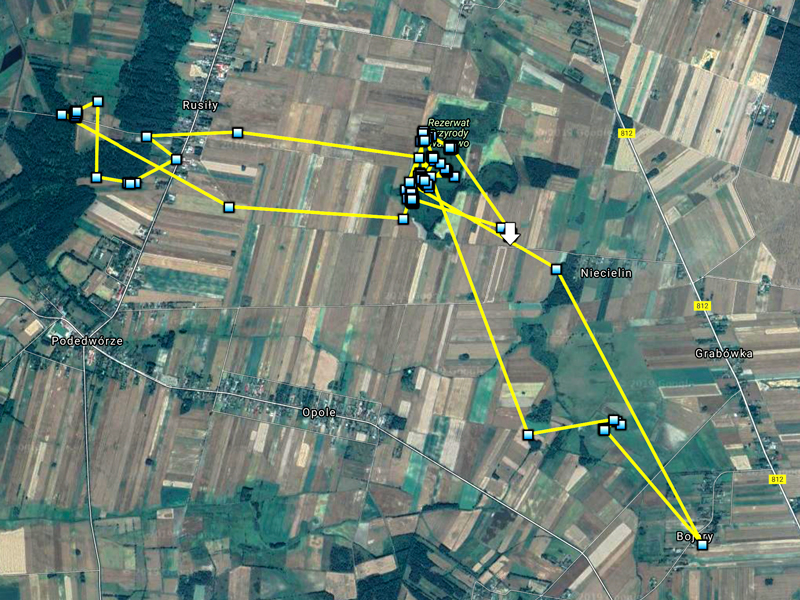 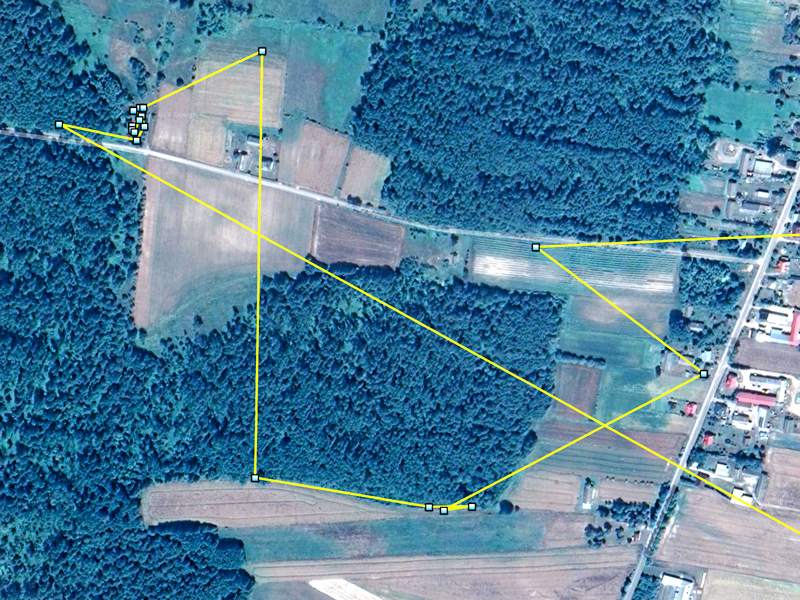 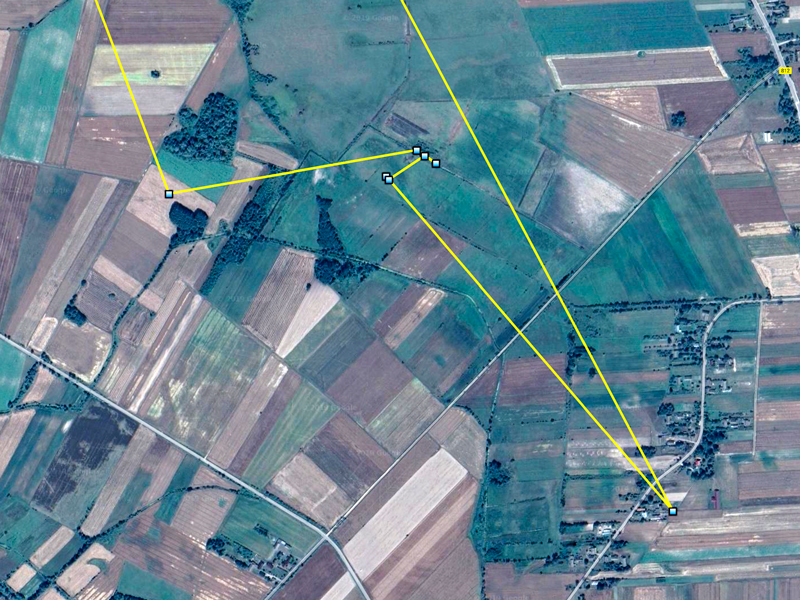 And this map is especially for you, Michi.

A map without all those little blue location squares. 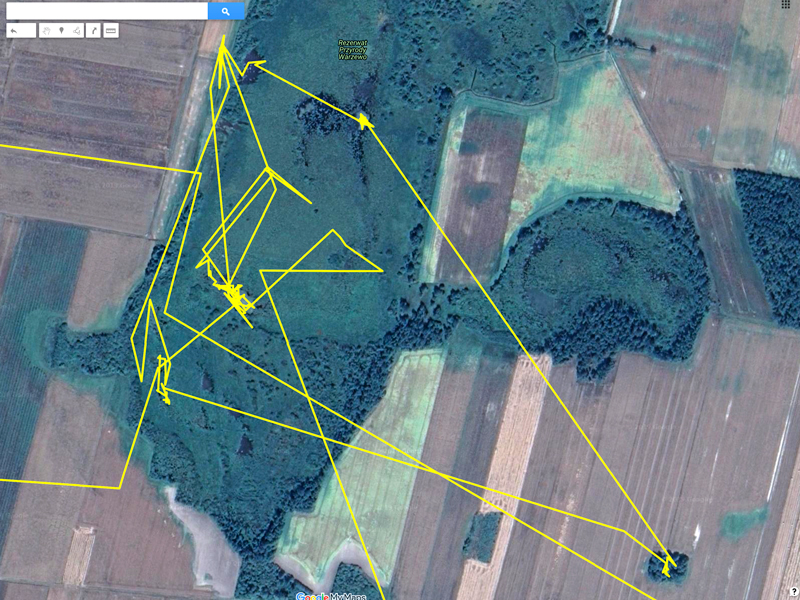