Aquila pomarina and A. clanga nests in other countries
Post Reply
470 posts

when the eaglet is going to fledge?
Top

Wojtek wrote:when the eaglet is going to fledge?

Date of hatching isn't known, so one can only specify the possible period: in 2-3 weeks.

Thanks BigDee, that sounds right. I have reviewed some 2016 pictures from this forum and it looks like the 2017 eaglet is about 3-4 days earlier then the 2016 one. That means the first egg in 2017 was laid on 29 April, the hatching happened on 9 June and eaglet will fledge about 10 August (if the same gender). Would you know how many eggs they had this year?
Top 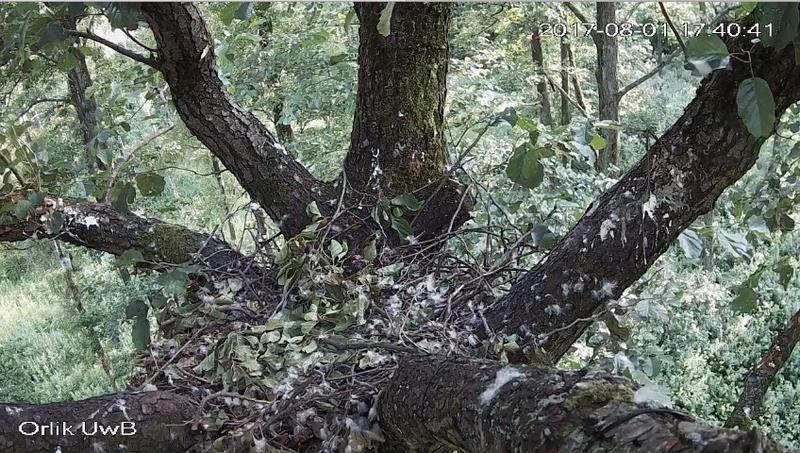 Eaglet just started branching and now is out of camera view

18:13 I hear some rustling of leaves. So he must indeed be there

18:38 Mum (or dad) came home with food. The kid rushed back and came in view on the left branch. And I think he made a big jump from the left branch because he seemed to fall from the sky on top of the prey. The parent sat near the camera while the chick ate. 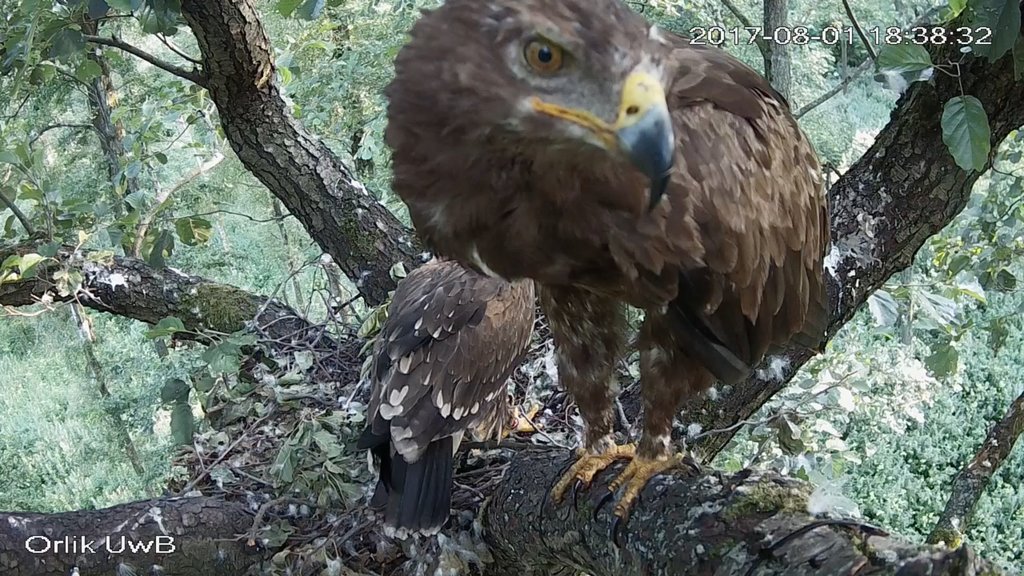 Mamicja
It looks like it says it. But soon we will not see it again.
Top 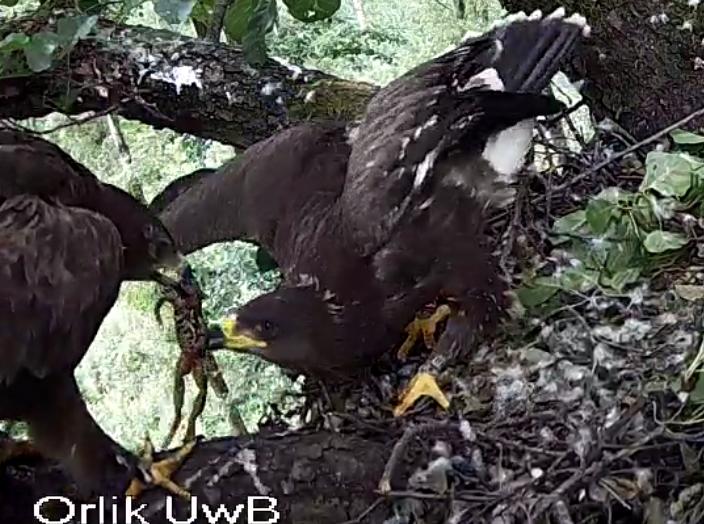 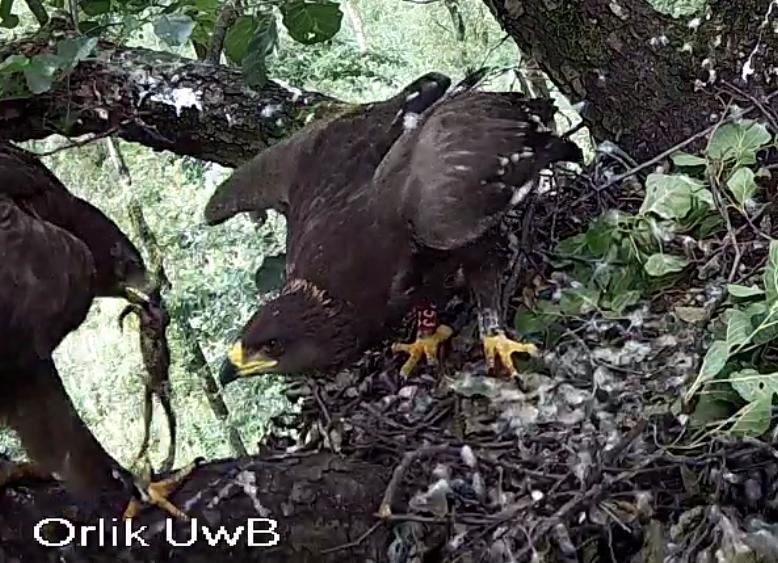 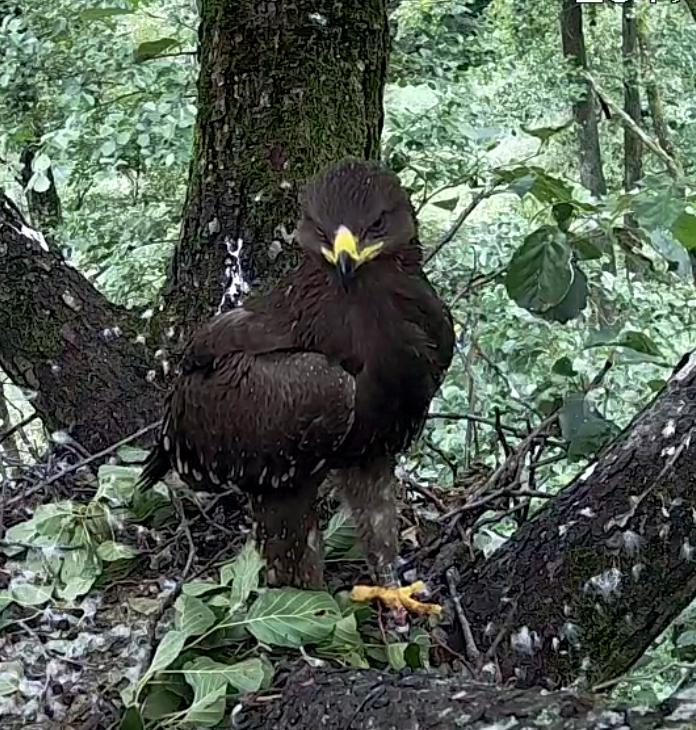 Germany wants the LSE back and gets the secondborn from Poland and Latvia. Was not meant seriously now.
But there is a project in cooperation with Germany-Latvia and Poland.
Site is in german
https://www.nabu.de/news/2017/08/22864.html

with google
It is also important to note that the imported Latvian birds consider the region of the reintroduction and not the place of birth as a home. Some of the described young birds were later found as breeding birds in Germany and neighboring Poland. A male who originally came from Latvia even occupied a station within a few kilometers from the rehabilitation station. In addition to the young birds from Brandenburg, the NABU has also included eight secondary chicks from South-East Poland in the program.
Top

Is it the mother? 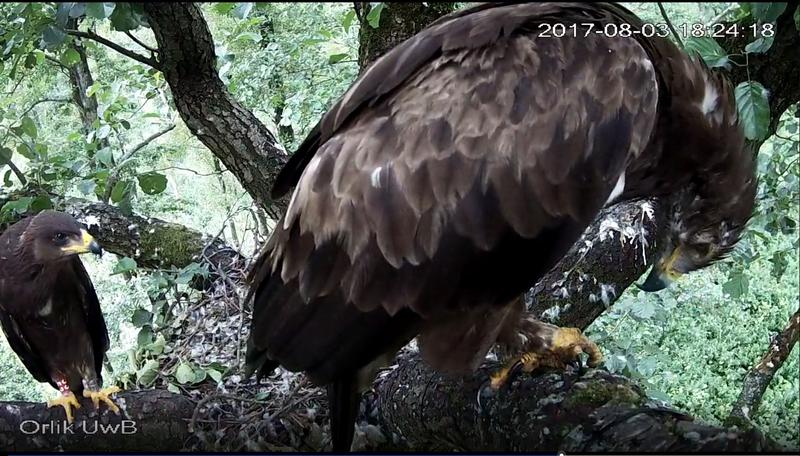 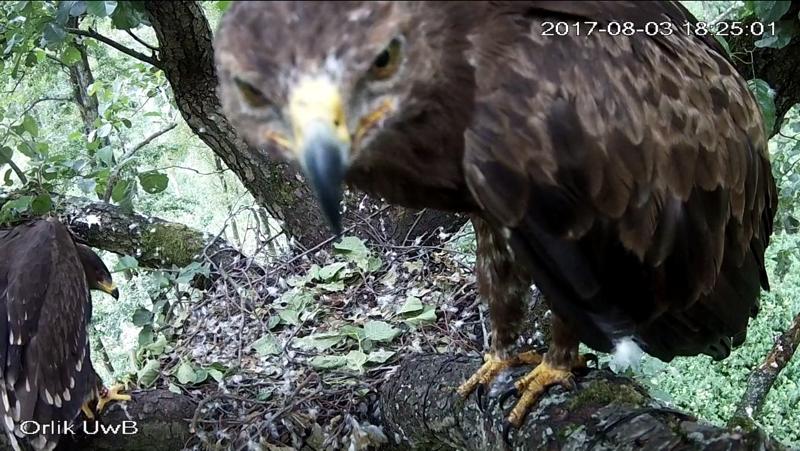 She tried to cover eaglet, but it is to big now.

Now the Kamera is off. It was certainly a violent storm. Hopefully the camera is not broken. Poor Eagles
Top

The camera is on now, but the eaglet is out of sight. It turns 8 weeks today.
Top

16.00h The female comes, but she brings fresh branches.
The young eagle was very angry about it. 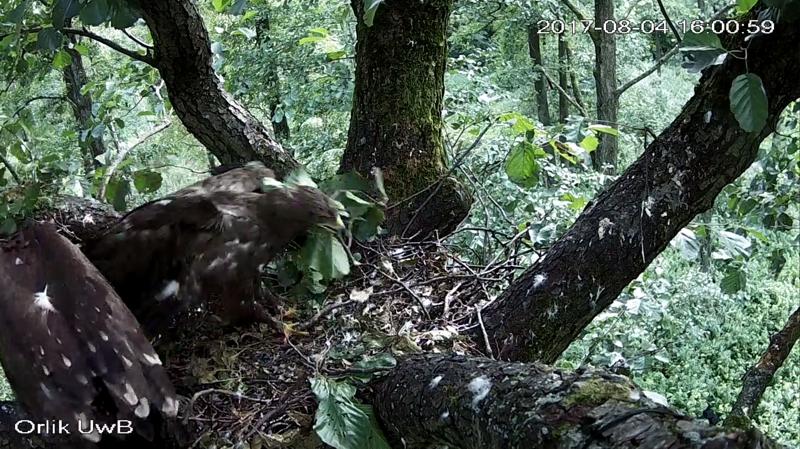 Look how the mother looks at her. 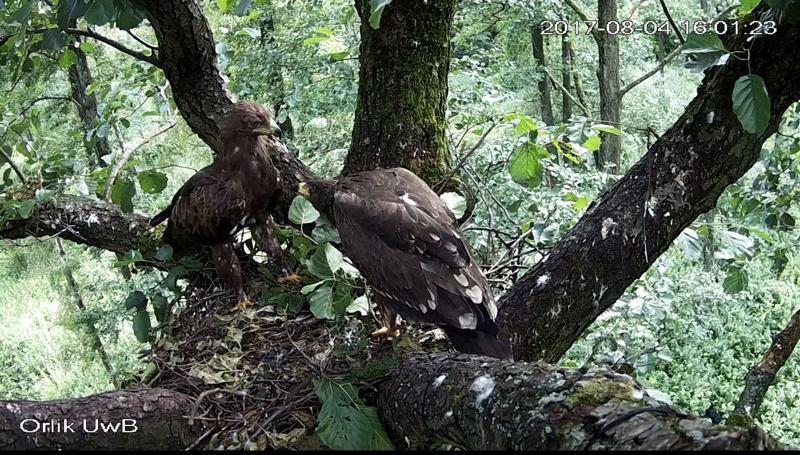 I could not see what the female did. The Eaglet was there immediately. 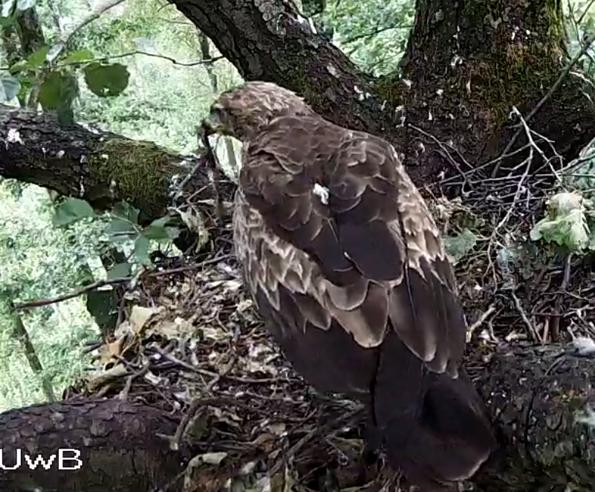 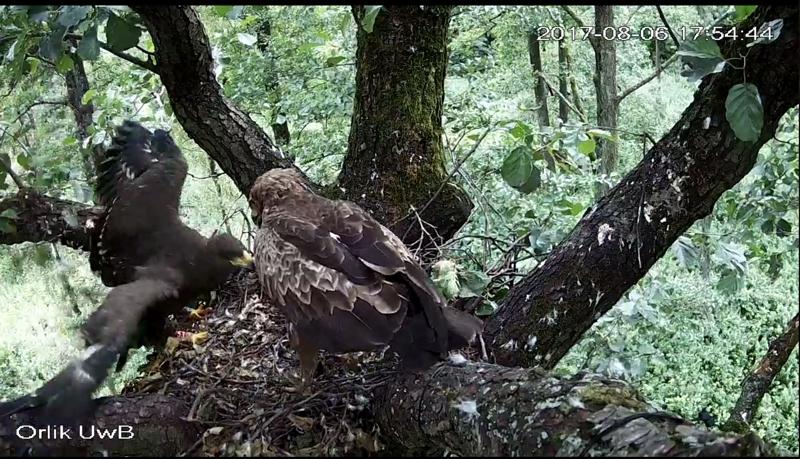 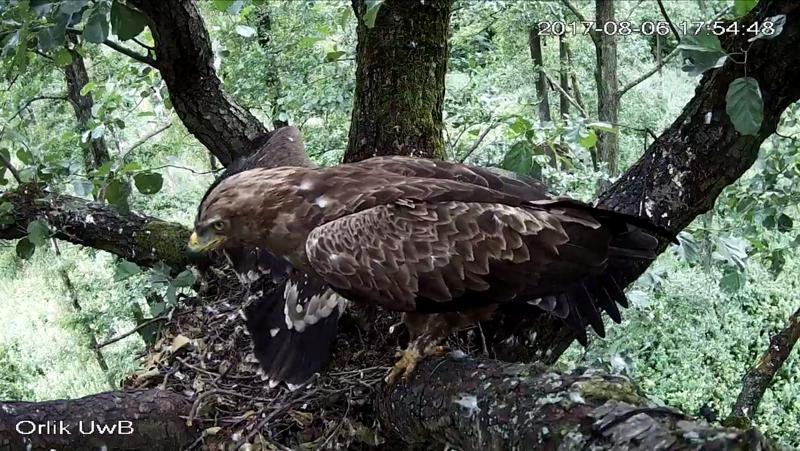 Hey Jujani, I can't get on the LSE website. I get some server error since yesterday afternoon. I see you visited the webcam today. How did you do it?
Top


there is another link which works: https://live.mstream.pl/uwb/cam-4923/

Currently feeding is in the nest.