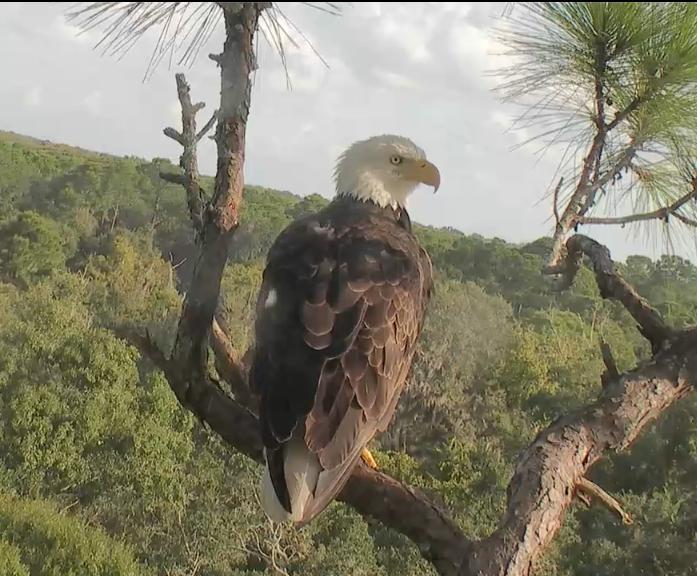 One eagle has been on cam for quite a while this evening,still there now. 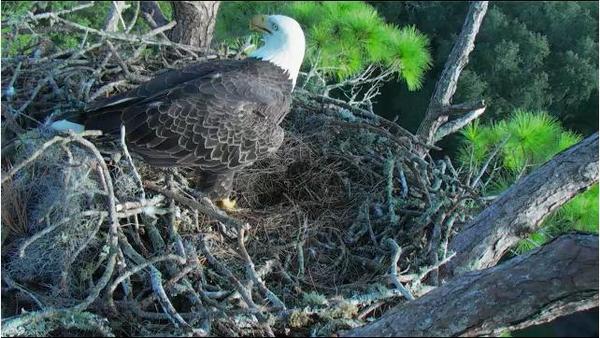 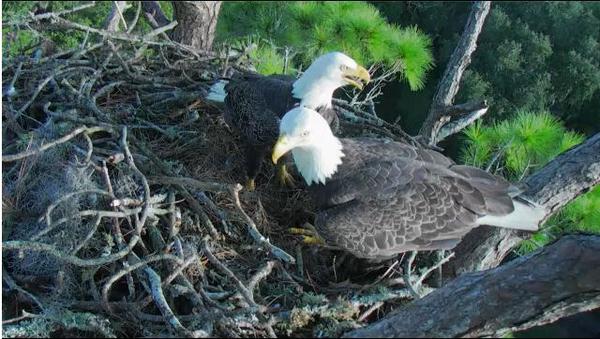 There is an interesting document showing detailed NE Florida nest statistics from 2008 – 2013. You can, therefore, foresee the date of egg-laying, incubation, hatching and so on.

NE Florida – Romeo&Juliet
Yesterday the Florida weather was awful, it was very windy and rainy. Works on the reconstruction of the nest were stopped.

Today in the vicinity of the nest appeared another young eagle. There was neither Romeo nor Juliet, probably they hunted. 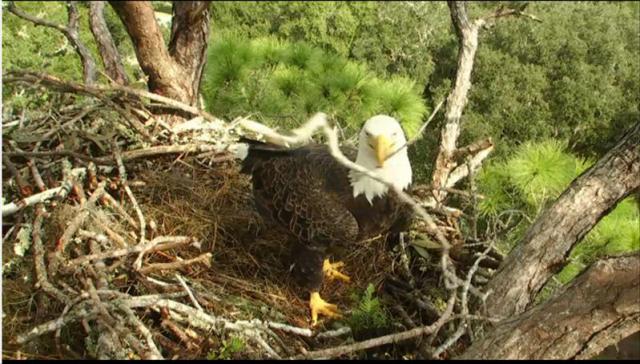 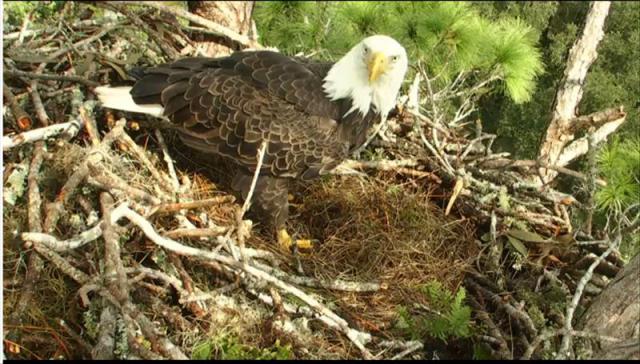 Piece of meat, which looks like stolen from a butcher.

Juliet lay in the nest bowl... So I think we can soon expect an egg! 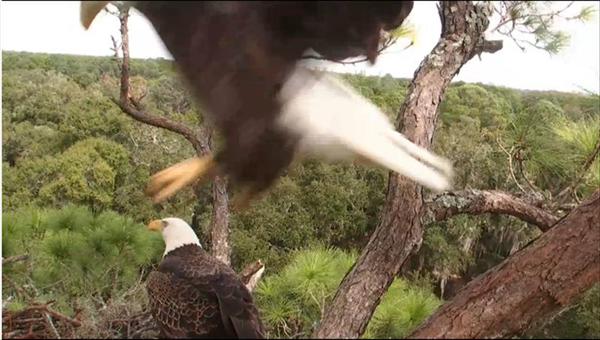 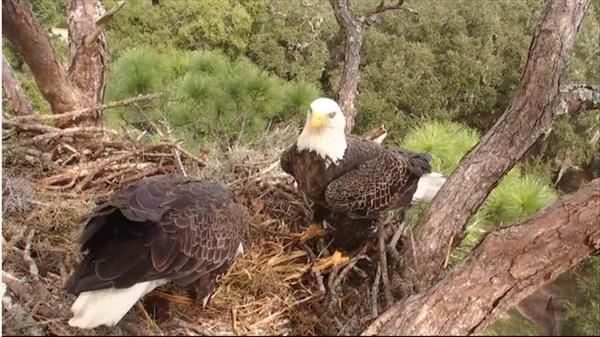 Romeo and Juliet sleeping on the branches... Hi - Bleggi is here and doesn't know where the right place is for this cam:

There are two cams (one isnt working just now but they are searching for the mistake, the other one works). There is written about the eagles who have their nest and it seems the same ones are back for building again. Is it okay to follow this birds on this place?

This is written under the cam about the eagle family:

Fast Facts on the SWFL Eagle Cam and Harriet & Ozzie
• The adult bald eagles, known as Ozzie and Harriet, have been coming to this nest for the past 6 years.
• They reside in this nest between the months of October and April.
• The nest resides 60 feet above the ground, in a Slash Pine tree. The camera faces South East. 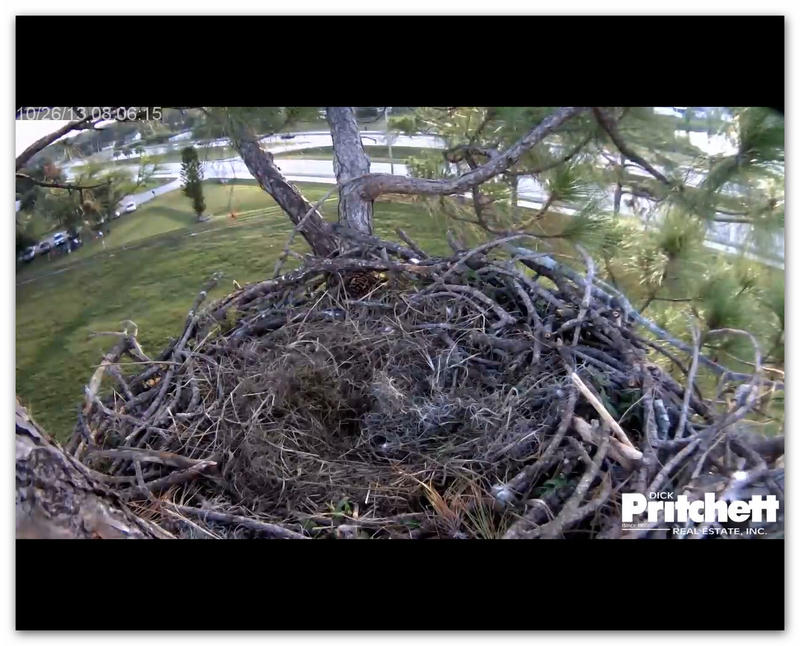 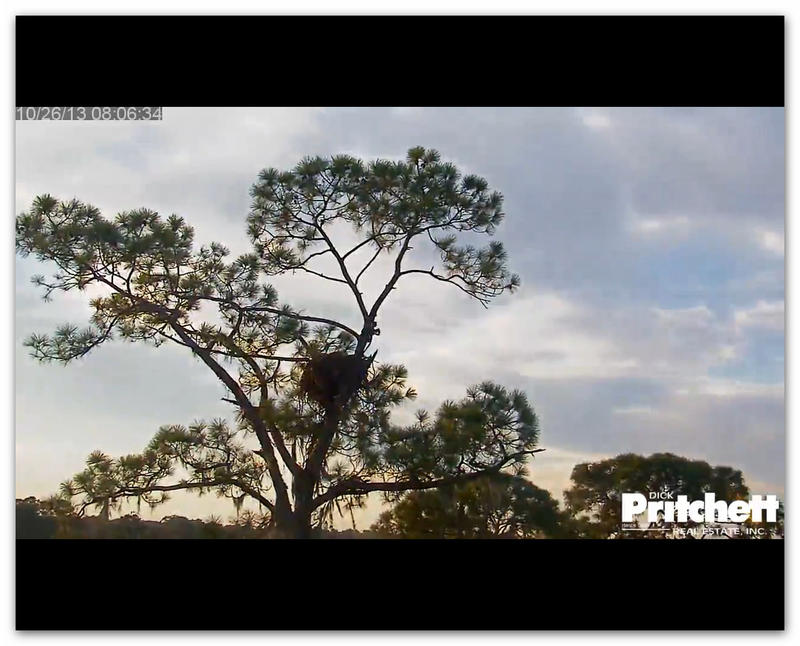 The pictures are taken by myself. And the next ones - if allowed to put more from time to time - the next ones are smaller, so they dont take too much room here.
Greetings to all, especially also to that ones who send such nice birthday wishes to me. When I saw them, I had no time for saying thanks - and now I dont find the page again. It was my 70th birthday and I notice that I am getting older

edit: both cams are working again

I have seen today one of the eagles. Will show some pics - he brought a bit material for the nest.
The pics were taken at 08:08 in Florida, means 14:08 in Germany. 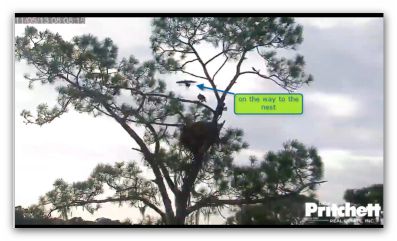 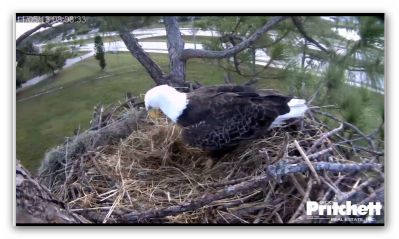 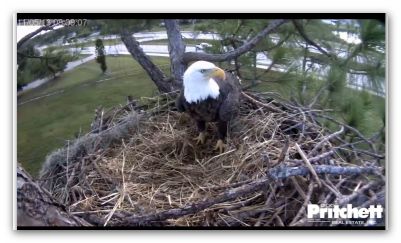 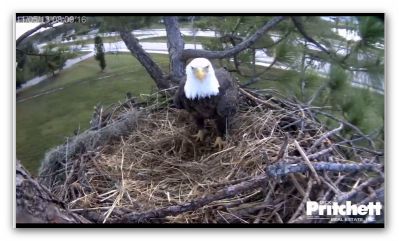 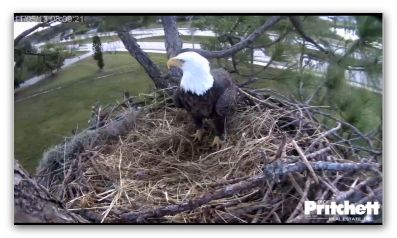 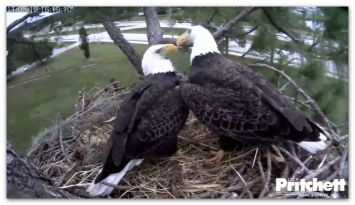 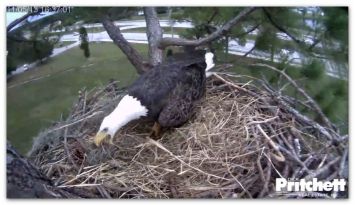 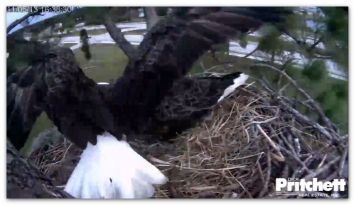 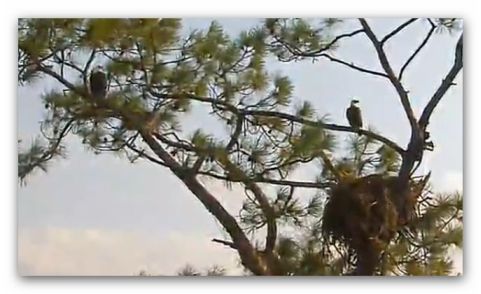 NE Florida – Romeo&Juliet
What a exciting day at BE nest!
A young (2-3 yars old) eagle perched near the nest. There was Romeo also, but he was very tolerant and didn’t chase away the juvie.

The youngster even visited the nest and they both was looking each other.

Then they perched side by side and flew off together in the same direction.

Maybe it was a juvie from R & J's previous offspring? 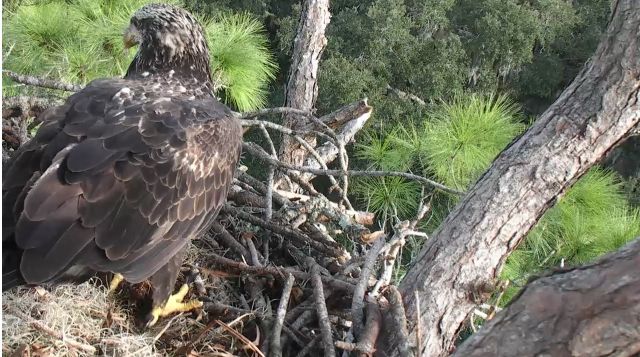 NE Florida – Romeo&Juliet
Almost the same story like yesterday.
The young eagle visited the nest again and ate leftovers ( in the morning Romeo brought a coot for Juliet's breakfast).

Romeo perched near the nest, but he didn’t react.
When the young eagle sat down on the same perch, Romeo flew off.

If this young eagle is a female it's starting to remind me Madis, Piret and Oxana's story.
Top

N E Florida nest
One eagle has been perched all evening & still there just now,despite the strong wind.
Carmel a member of SHOW .. I hope you love birds too. Its economical. It saves going to heaven.
Emily Dickinson
Top 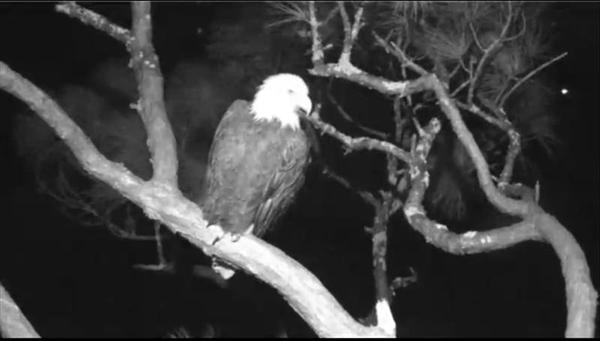 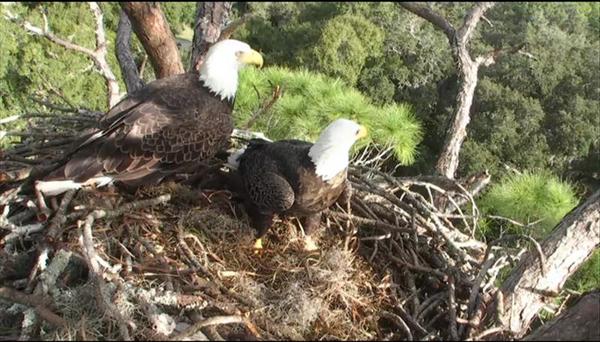 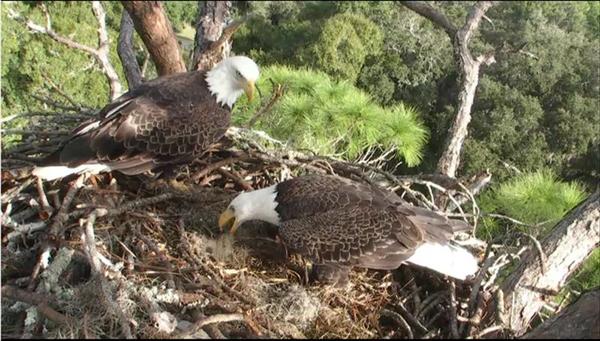 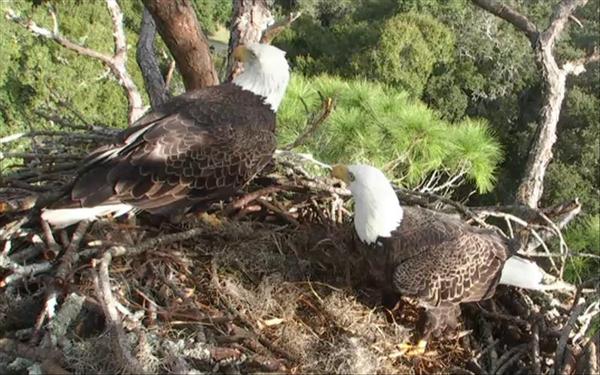 From Facebook,lots of videos posted inc;

https://www.youtube.com/watch?v=ZvYIS6g ... tube_gdata
Carmel a member of SHOW .. I hope you love birds too. Its economical. It saves going to heaven.
Emily Dickinson
Top