Updating here, too.
The babies E12 and E13 are big youngsters already

and they are doing well.

They ate a fish helped by Mom Harriet and are now playing and laying.
Top

aaaaaaand hopppp, up to the veranda branch 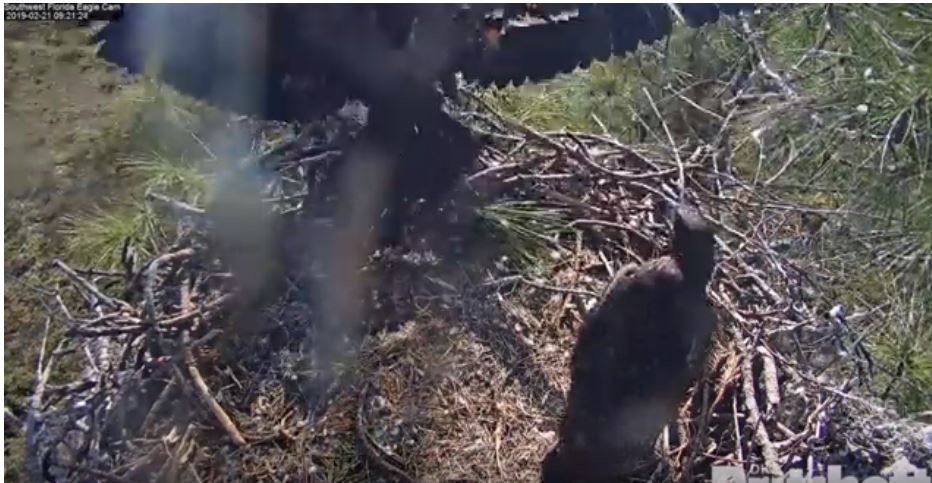 i'm the Queen of the world

nice to see you back Balistar

(I was a little worried

Hello Eagle Friends!
Sooooo big the babies already are.
Now they are having rest and they just lie.
So we understand that E12 also was able to come down
from the branch and didn't get lost by falling down. Great.
It was his sightseeing tour and might have been wonderful 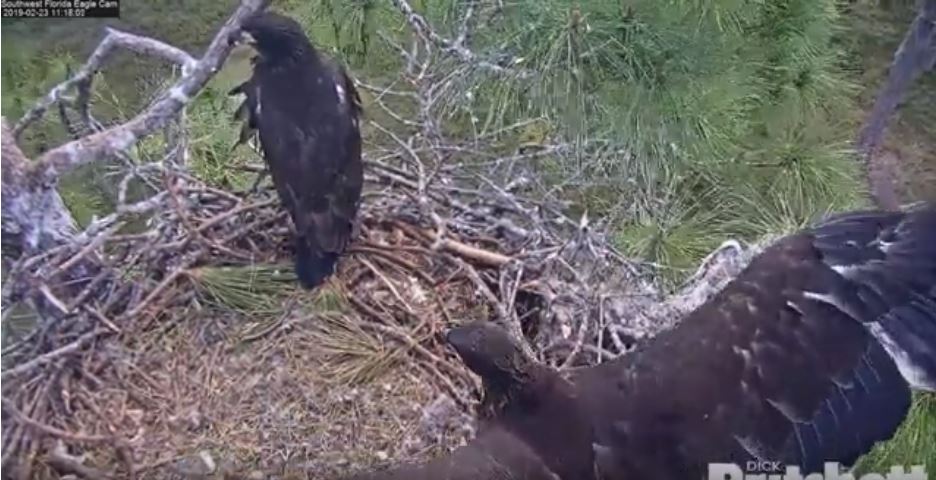 ....the ground in front of the veranda 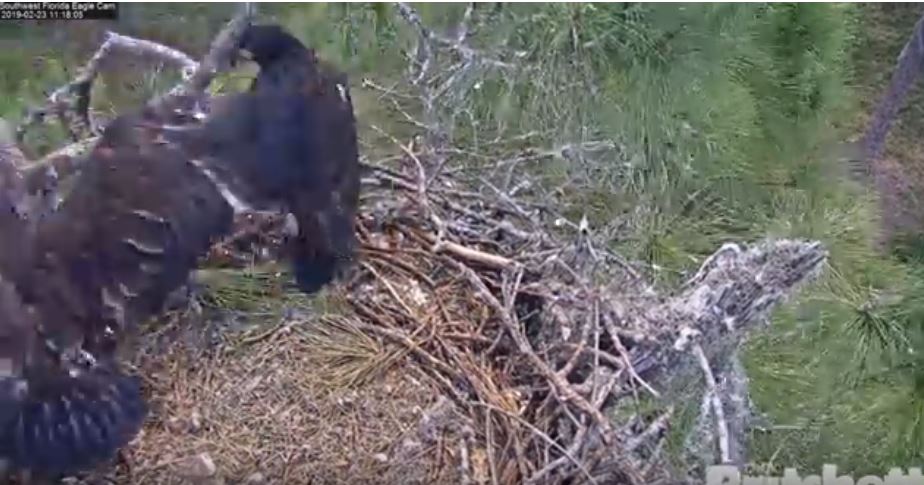 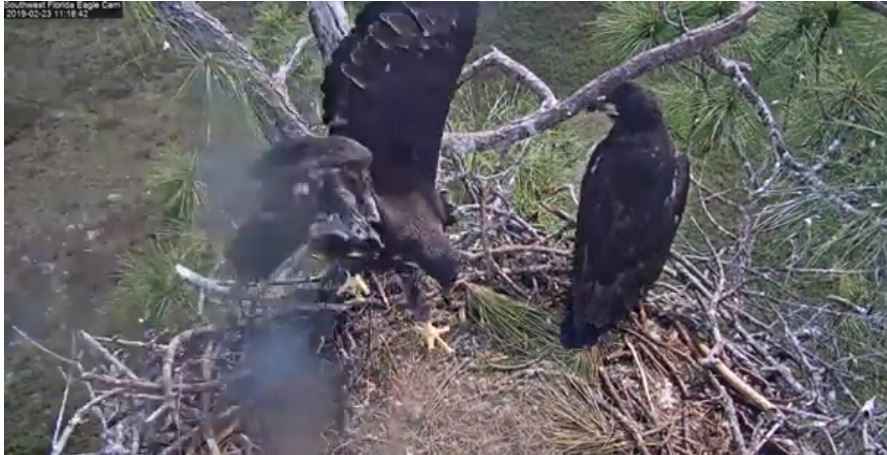 '
Thanks, balistar, great pictures you made
telling about big happenings ! Cute.

even on this terribly sad day the sun is shining elsewhere 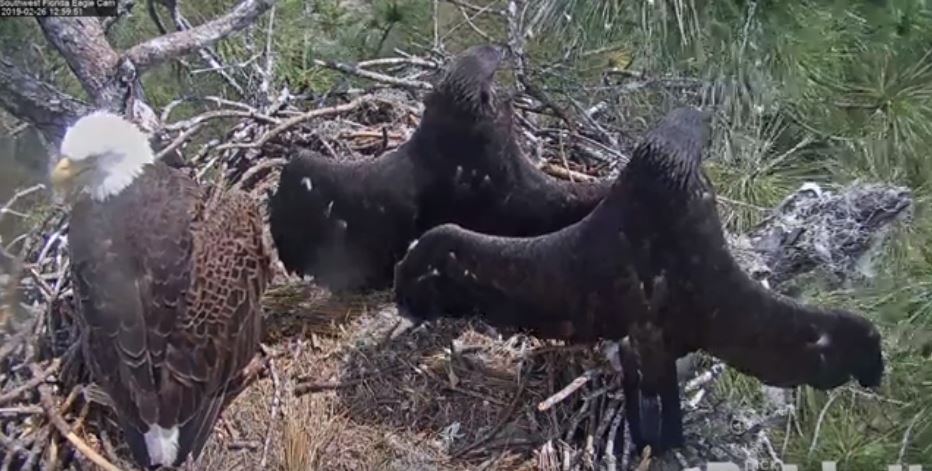 we two, what we do, we do mostly together, also eagle-yoga, and nearly synchronously 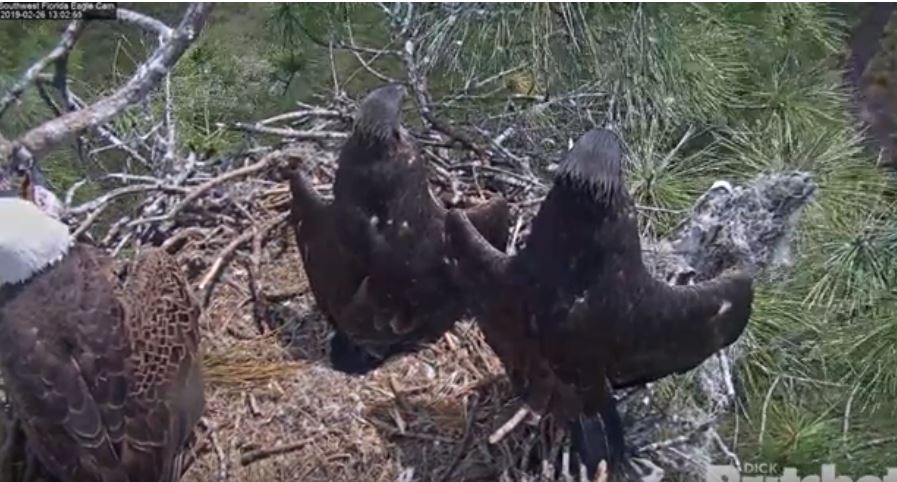 ..my heart is broken about the fate of B12 and Maru..
Top

we two, what we do, we do mostly together, also eagle-yoga, and nearly synchronously 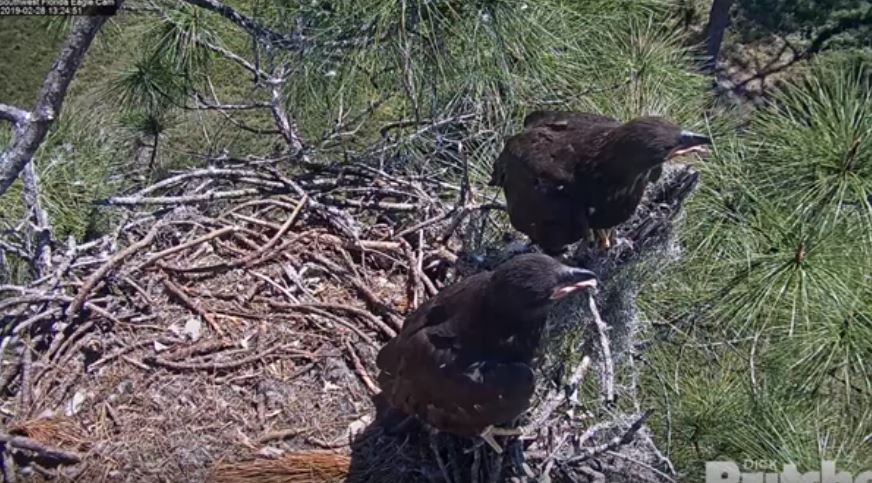 and across the road 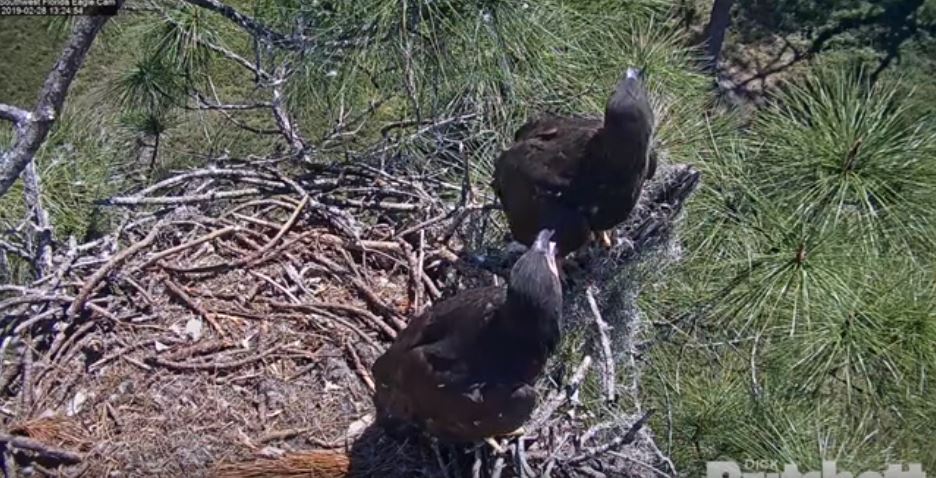 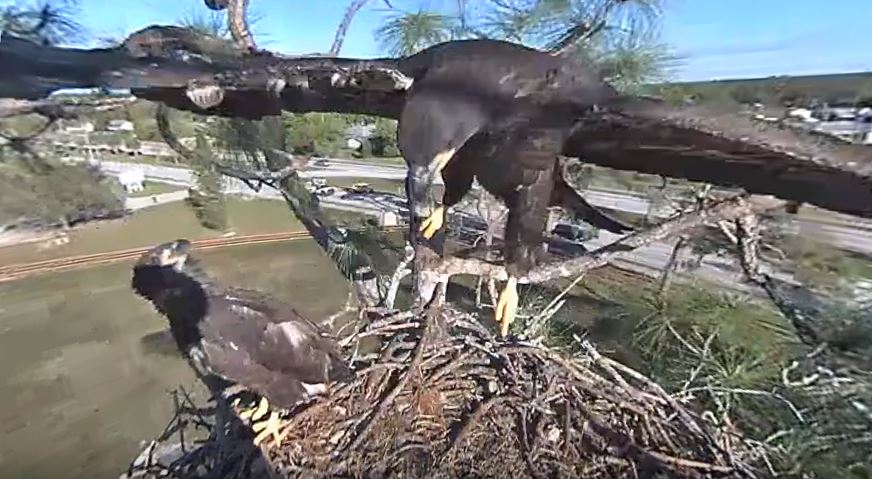 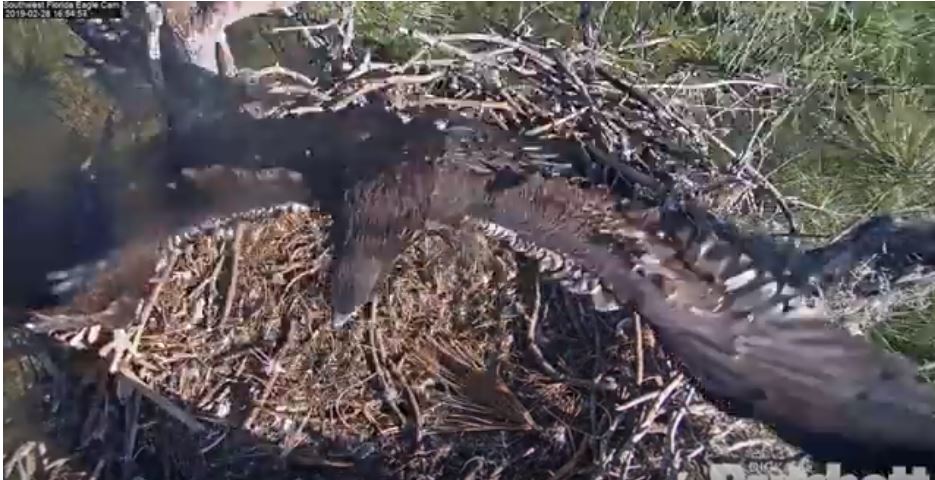 very early morning, E12 perched on the veranda, E13 up on the spike

each on her/his "observation tower"

afternoon cuddling together at the tree trunk 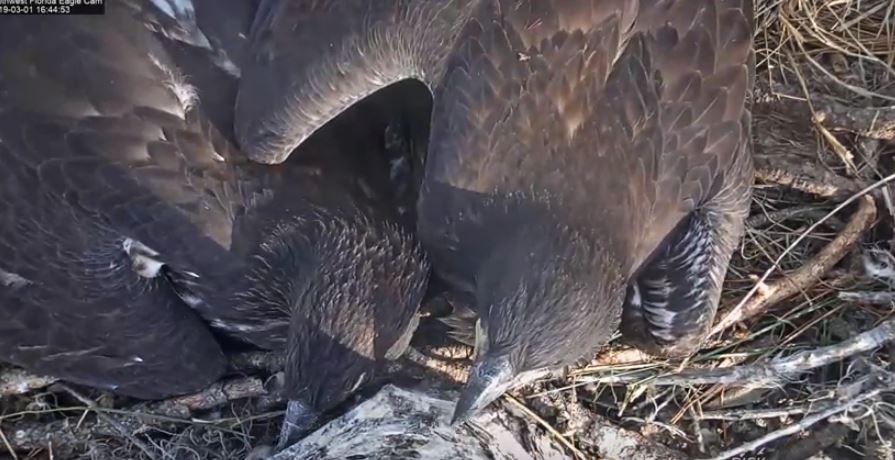 we also branch together, side by side on veranda 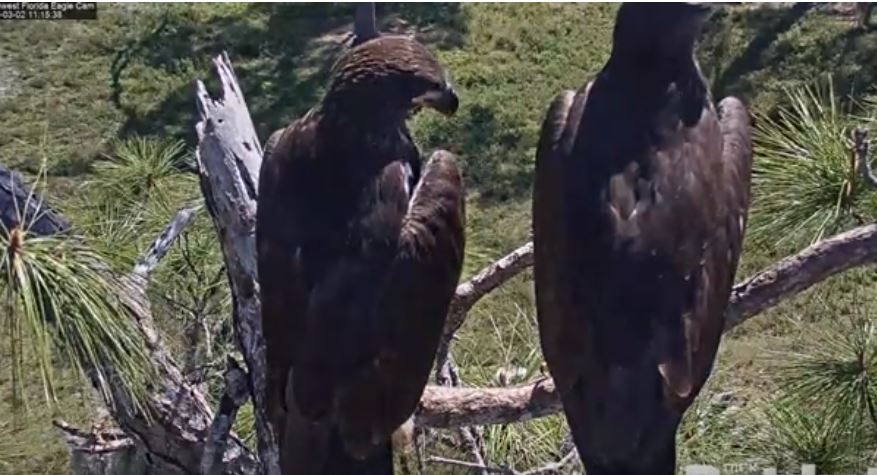