by IceAge
The nest looks like a swimming pool

by Felis silvestris
The storks are on their way south, I hope they have a smooth journey and a good time wherever they spend their winter. The nest is empty, grass has started to grow and the leaves on the trees have already started to turn their colour. Time to say good-bye and thank you to everyone involved in the idea to put the tawny owl camera to new use during summer and here in forum sharing observations! A very nice idea and it was nice to watch the storklets! We are happy that the technical side played along and obviously still does. Maybe we may hope for more storks next year? 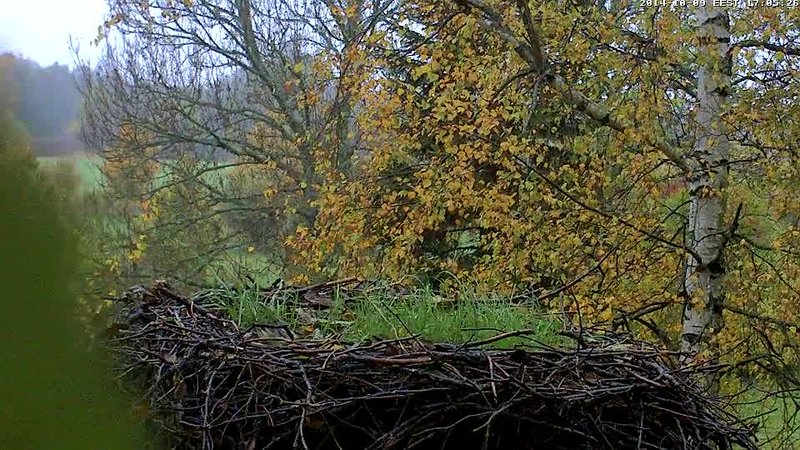