it's a grey day. a busy group of raven are working on the ground. there seem to be two big chunks of some food but i can't see what they could be. they don't look like the usual 'meat cubes'. could that big flat one closer to the camera be a pig?
Top

I keep thinking the further one looks like a fox but then I worry about mange, transmission, but it seems odd to feed a game animal like a pig to eagles and foxes, so I am not sure the one in front is a boar (I suppose hit by a car...).
Top

I suppose these birds would eat it in the normal course of events. It is their natural food - it just happens to be in camera view. The ravens certainly think it is food as usual!
Top

i meant that the front piece of something reminded me of a domestic pig because it looks so pale and hairles (mostly; there's something hairy-looking in the left end though).

feeding the eagles with domestic pigs is not so strange as it migth sound first. it was exactly the food that the Finnish eagles were fed in the winter feeding program a few years ago. the members of the WWF's WTE working group dragged tons of pig carcasses to islands during the wintertime. there would gather tens of eagles for a pig feast at the same time. (i saw one amazing picture of such gathering in one magazine some time ago but i've lost it, darn!

) they were pigs which were not fit for human consumption, for example which had become sick and then slaughtered if there was no cure for the illness or something like that.
Top

Ame, I agree that the pig carcase looked lighter in colour than we see on the wild boar, and I had thought the same.
Top

:peek: If I'm not here then nobody put pictures in our forum!? I was not at home and got some pictures only.
08.00
An eagle was here...

Mutikluti, if we could know in advance, when you are going to be absent, we could make more effort to do the work that you do.

Last summer, you told us of some weekends when you would be absent, so forum members were prepared to post more pics. You do so much work that maybe we have become lazy about posting pictures!!

When will you be absent, next?

We could even work out a "duty roster", depending on our time zones, and other commitments. What do you think?
Top

I dream that all members of our forum put pictures here...It's so interesting to see and read what is going here and what you all are thinking.

Plenty of room for everyone here.

If I must leave home again then I will say to you! Ok? ;)
Proud to be a member of SHoW
Top

I was keeping on looking at this cam, but whenever I looked, the place was deserted. No luck for me today, when I was at home during day and working on my own computer. I still have not figured why I can't make at least screenshots in office, though I have the very same program there to make screenshots for my work. It simply does not take the picture, just a black screen.

I dream that all members of our forum put pictures here...It's so interesting to see and read what is going here and what you all are thinking.

Plenty of room for everyone here.

If I must leave home again then I will say to you! Ok? ;)

I feel very guilty. I think if Mutikluti is not posting nothing is happening.

(also I try to watch the seal cam)
Top

Alice, here you are, and I hope I am just in time to say Happy Birthday!
Top

As nest season must be almost ready to start, we should think about how to help Mutikluti with her work. She has recorded important information for researchers.
But she must have some time for her own needs, appointments, social life, etc. We can work out a better system, I am sure.
Top

There is a dramatic bird at the food. I don't think it is a buzzard. It is sleek and moves rapidly. Could it be a falcon? 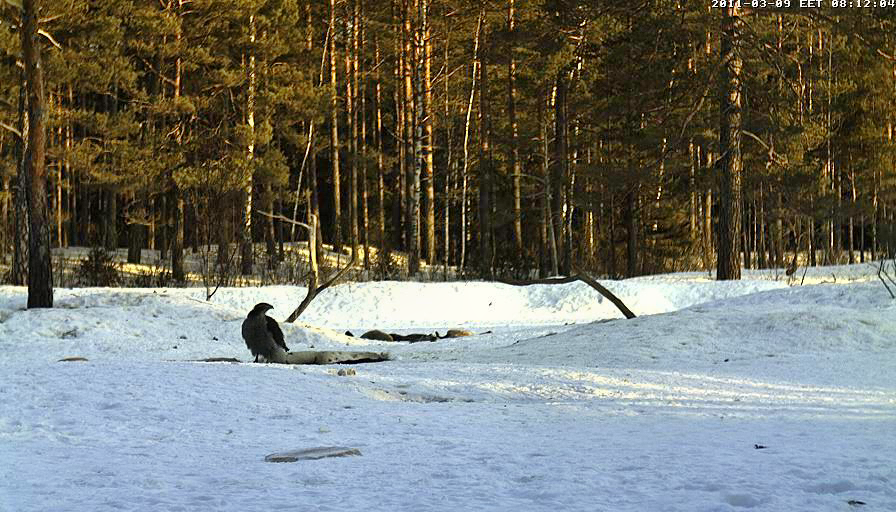 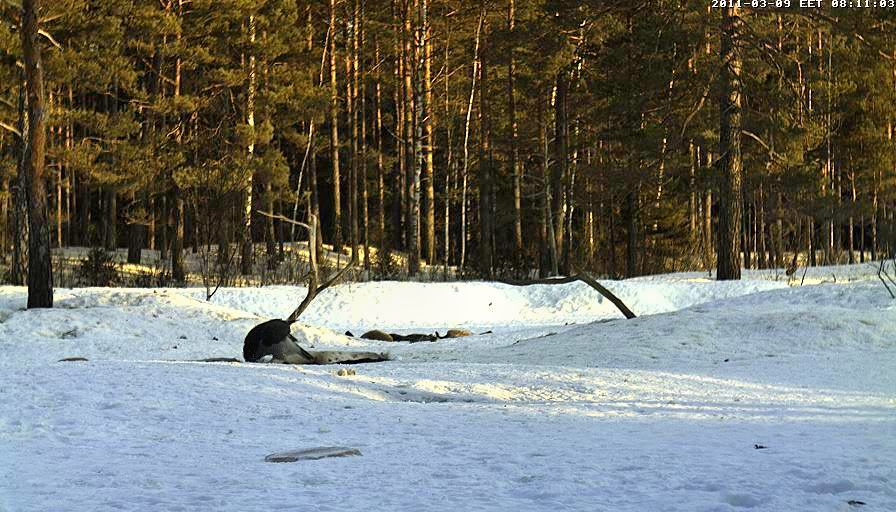 It is so beautiful.

Yes I think it is a Northern Goshawk -- so an accipiter. Is this the first time we have seen one here?


(alice and photobucket are not on very good terms)

I watched this new bird here with a great interest too. But before walked by from our cam one fox...
07.41

Proud to be a member of SHoW
Top
Locked
2093 posts