the cam is off line

the cam is still offline

nothing new.. the cam doesn't work

by Sue
Hi Liz, many thanks and enjoy the sea and I wish you a lot of experiences with storks and eagles there

I am going for holiday next Thursday

the stream is back 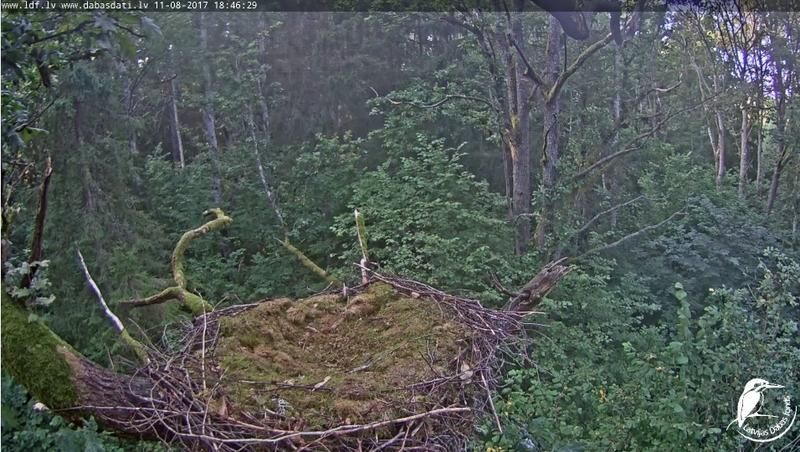 by Sue
Hi Liz and all others, still empty nest (I have tried to look back on the camera (4 hours) and I think nothing happened here all the time.

Liz, I hope you had a good travelling and that you will see the eagles and storks soon

by UteL.
A beautiful nest

mushrooms are growing in the nest 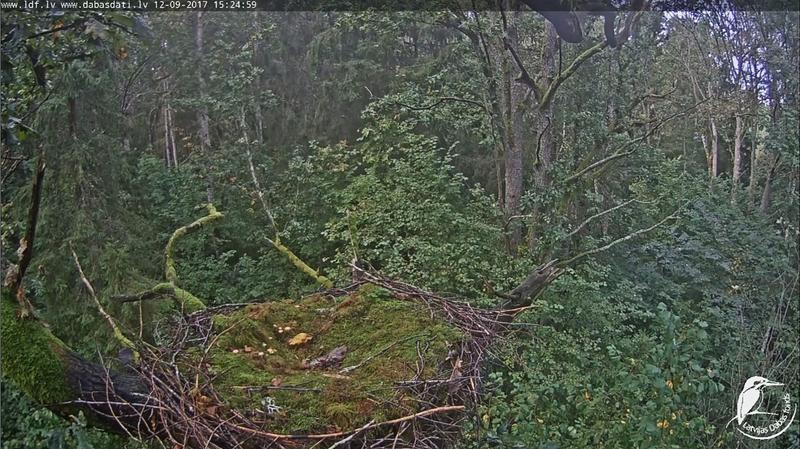 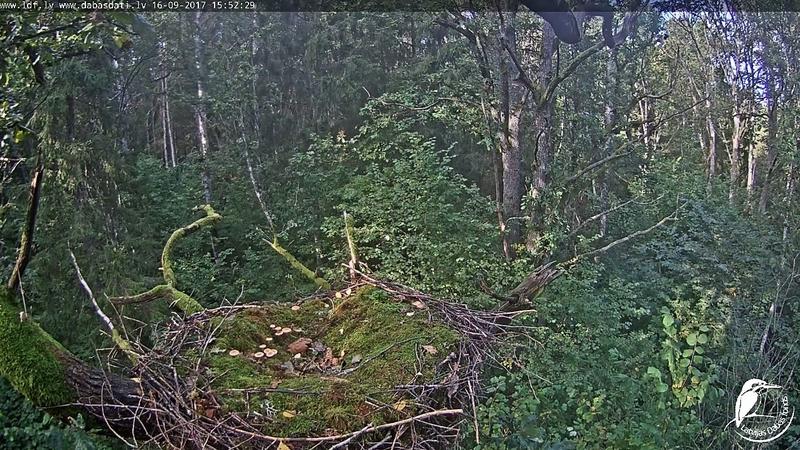 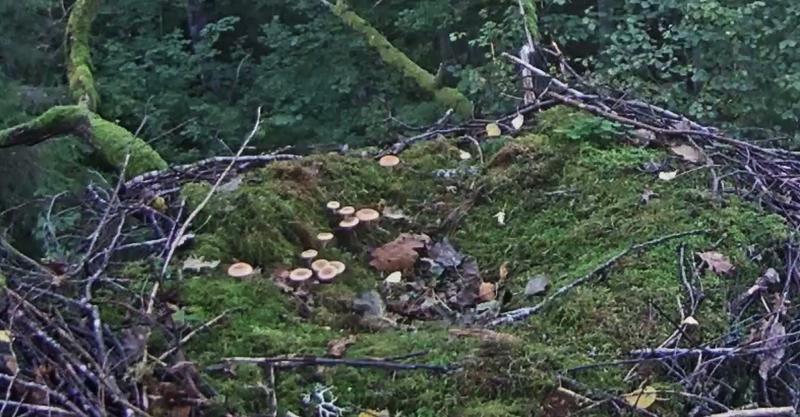 by Liz01
Info from the DD- Forum


............The operation of the camera has stopped due to a low battery charge. Consequently, this season is closed. It's possible that until the partial disassembly of the system (which I will do until the winter), the camera will still "wake up" episodically, however, we will not stop it systematically.
Next season we will continue to broadcast from the black storks' nest, but at this time I still can not promise whether this will happen from this nest.
Thanks for your observation and filling this section of the forum with content!

Liz, thanks for this info and also for all the documentation here. I am looking forward to next season and will hope that camera will stay here (in my favourite nest

I want to make it clear, that at the moment all (49 pcs) eggs for the last 3 years have been transferred to the laboratory for analyzes.
The analyzes are planned, to be carried out on chlorinated organic compounds (DDT +), mercury (and cadmium) and glyphosate.
The planned time for the laboratory to cope, is the spring :)
We only can hope, that everything will follow the plan, and in the spring we will know more than now.
Soon, we will come to the extreme clarity of the overall costs of this project and will report as soon as we can.

Still nothing new about the dead Storks and the analyzes. 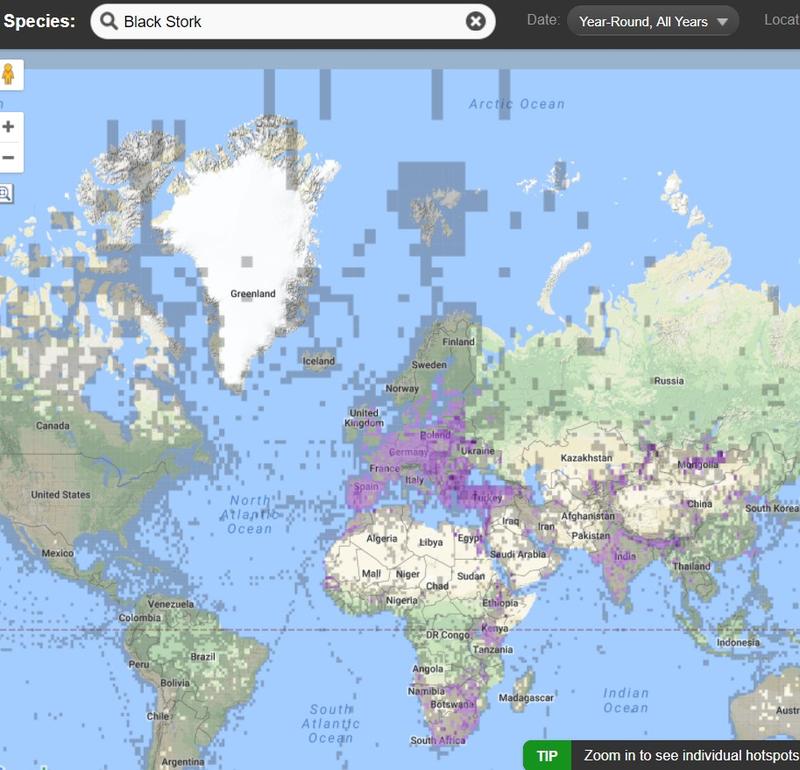 Dear supporters! We are calling for help on behalf of Black Stork researcher Maris Strazds for your support and help for the Black Stork research work – we currently need a sum of 1331 EUR to pay the bills for egg analyzes.
Currently 49 bird eggs have been transferred for laboratory analysis, which will analyze organochlorine (DDT) mercury, lead and glyphosate. As environmental monitoring at the national level is currently carried out on a predominantly enthusiastic basis, and the European Commission has just approved the authorization for the use of glyphosate, then this is an opportunity for us as a public to support environmental research and its actual level of pollution, so that we can already, with concrete facts and figures, to appeal to the conscience of those who are now making decisions based on profits rather than protecting the environment.
We have also received donations through our supporters through which the analysis of dead black storks is covered. At present, the balance remaining in the account is 681.09, but this specific target lacks EUR 649.91.
Please donate to the following donation details, and, also, please share this message with your friends.
Thank you

Foto: © Māris Strazds, 17.09.2013 https://goo.gl/vDtPyZ
Guste was found shot dead in Ukraine (2013), not far from Donetsk. The "hunter" was quite near the bird and was probably shooting for fun or practice and didn't even go to see the shot bird in reedbeds.

by Solo
about Upene - ZILUKA:
GT: Four of them have disappeared in African territories in areas where there is no gsm phone coverage (Tince 2013 Tanzania, Lote 2014 South Sudan or Congo, Upene 2015, Sudan or Ethiopia, and Zuze 2015. Sudan or South Sudan).

about RASA - Raitis:
GT: One of the missing birds (Raitis in the spring of 2017) has almost been killed by attempting to cross the Mediterranean in his return migration ... Raitis flew in the first return journey a little in the wrong direction, began to feed into the Nile delta, and from there apparently tried to fly "straight across the Mediterranean."

( ... only one of these birds - Mare - is alive and even this is a guess. She, like Aivo, is somewhere in south Sudan or South Sudan where there is no gsm coverage. )