thank you for the hint

I'm messing with this date because I've done videos from yesterday and today.

Can you take a look on that video, please? Can it be, that there is an third stork?

Liz, I've seen at 16:14:56 a big dark bird flying from left to right. Then I heard something that sounded a bit (not much) like a crash landing on the right side. Seconds later another bird, clearly a Black Stork, flies in same direction. The stork who shortly after landed on the nest - from left side - is most probably flown a curve around the nest. The second stork who landed, was most probably that one from which I've heard the crash landing on the right side.

To me all looked quite plausible. The both who met on nest, knows each other and their behaviour was normally. If there was another stork in the near, they most probably would have behaved different.
I don't think - at least at the moment - that there is any problem with strangers.

Thank you for your opinion Michi

The female stork was in the nest. Then two storks flew around the nest .. One on of tehm came to the nest.
The female defends the nest and tries to push the other stork out of the nest 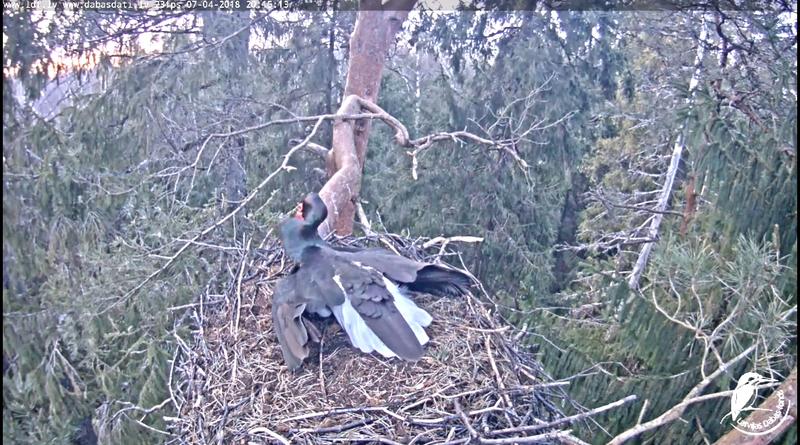 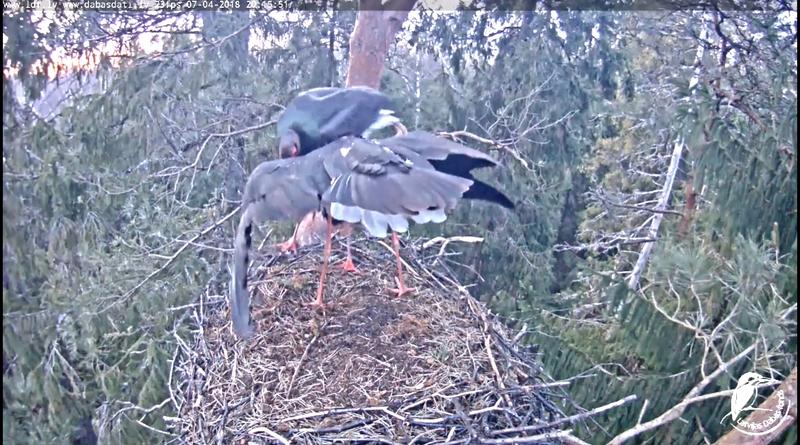 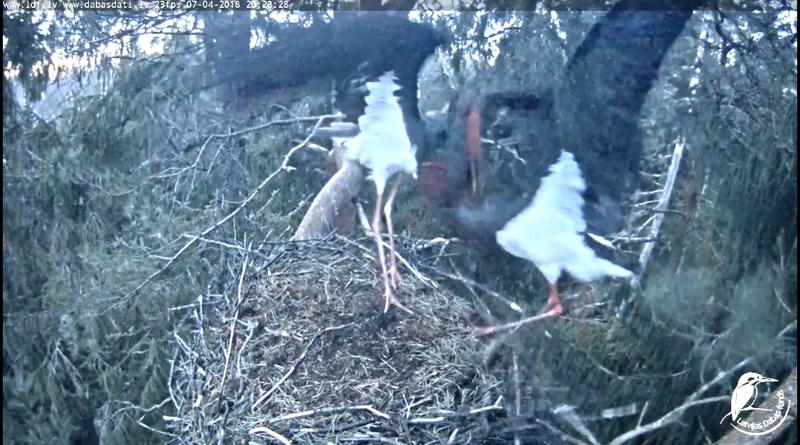 The female stork went on the parent branch. The other stork lay down in the nest.
The female came back into the nest and the fight began 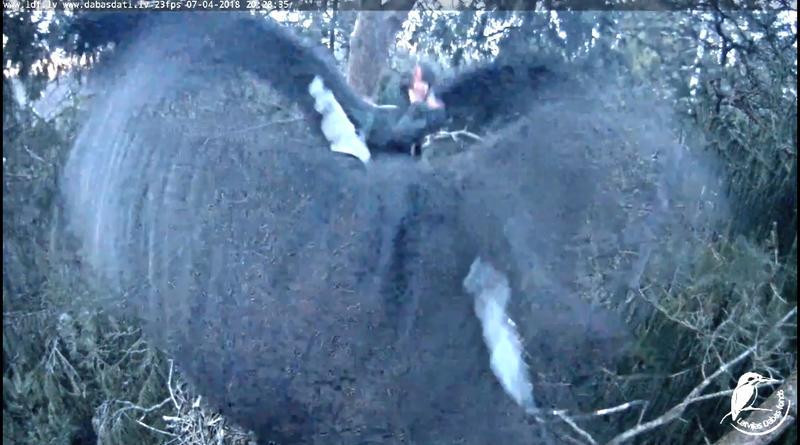 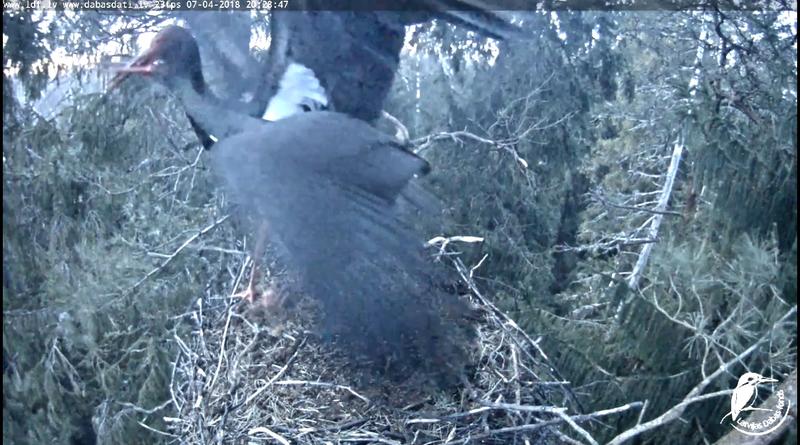 Overall, now explains the behavior of the couple, since the arrival of the male. It was very unusual..
Top

Are the both fighting BS females

Are the fighting BS both females

Can be, that both are females. But I'm not sure

EDIT: ​M.Strazds﻿ will analyze the situation, when he saw the video.
Top

Oh oh, there was a fight!

Were the signs already seen in your earlier video, Liz? I haven't seen something strange (except the soft "crash landing" I've heard) and no stranger showed up.

What do you think, who was the Stork, that was at first (20:14) at nest? Was it the one, who came at 12:09 and mated with the male in the afternoon? Or was it already the "stranger"?
I think, after watching the video again and again, it was the first arriving stork, who has lost the fight and flew out. The interesting question is, is the winner a strange stork or was it the stork from the early afternoon? I really don't know, they look so similar. Only when both fighters were on nest, one could see, that the legs are different in the colour.
On the other hand: Who knows, if the female from 12:09 isn't the stranger?

BTW: I believe, both fighters have been females, - because of the way they have fighted. All in all it has looked not very violent. I have seen males fighting, that was much more violent.

What do you mean with the behavior? Do you mean, that they have mated unusual late? But what can tell us that? Was it the "wrong" female and therefore the male firstly hesitated to mate ? But in the end he does it.

I'm very excited how it goes on tomorrow. Hopefully peaceful!

Thank you for the video, Liz!
Top

GT:
About the fight - they were two females (not TT, as I was quoted in the you-tube forum) and won (the second bird out of the nest) the bird that came back in the afternoon - but it's "second mum (M2)" . The first (M1) - that which was morning to noon, there are pronounced brighter legs, which can be seen well when they find out the relationship. She came back to the socket when she was in front of M2, the fight (compared to the other ones seen in the pictures) was quite academic - and not a little fierce; Obviously, the ladies did not long undertake the clarification of the relationship, given that they are both similar in strength (I can recall how M was thrown out two years ago - it took <1 seconds for the relationship to be cleared for almost 15 minutes). I anticipate that the fight will repeat itself and the question is what will T (tomorrow) do - will accept the new partner or not. An old bird may also appear (I can not tell the gender, it might be T, but it's a guess; this bird varies with a pronounced beak, while for all three birds of the day the beak is almost straight). The good news is that from the first day it is interesting, but bad - in many cases when the nest is fighting, nesting is not successful.
Top

The Stork in the nest is singing now and then. He/she is doing nest work. Is in the nest without a mate. 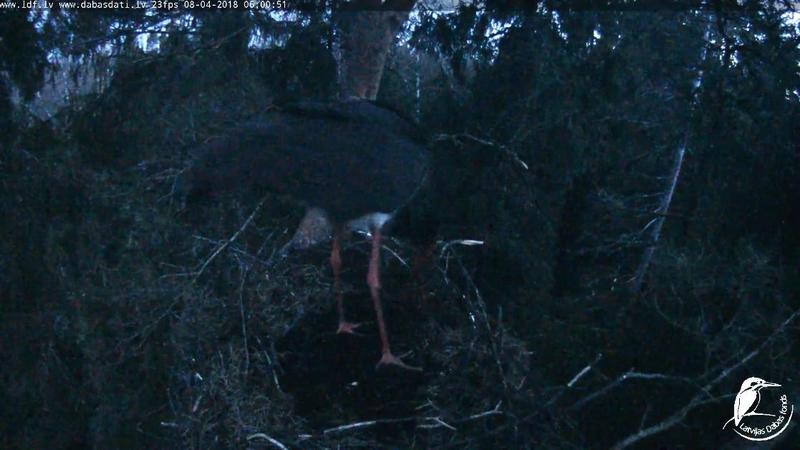 Male was orvernight in the nest- Maybe the owner came over night? I hope it!
6:07 Female came in- greetings
Male lies down 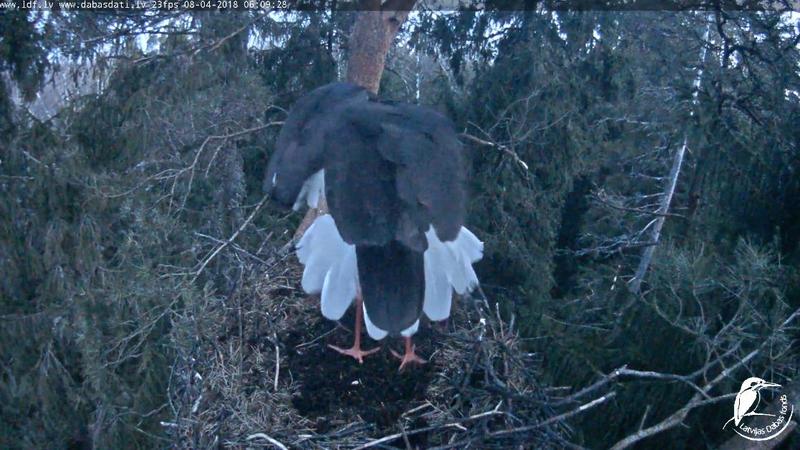 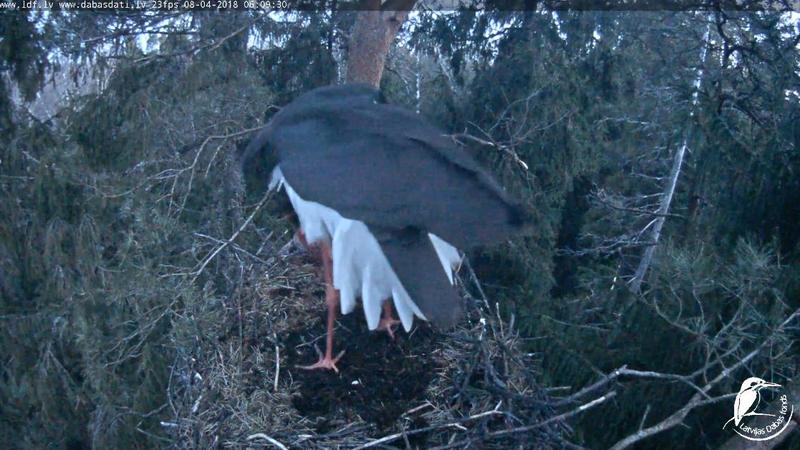 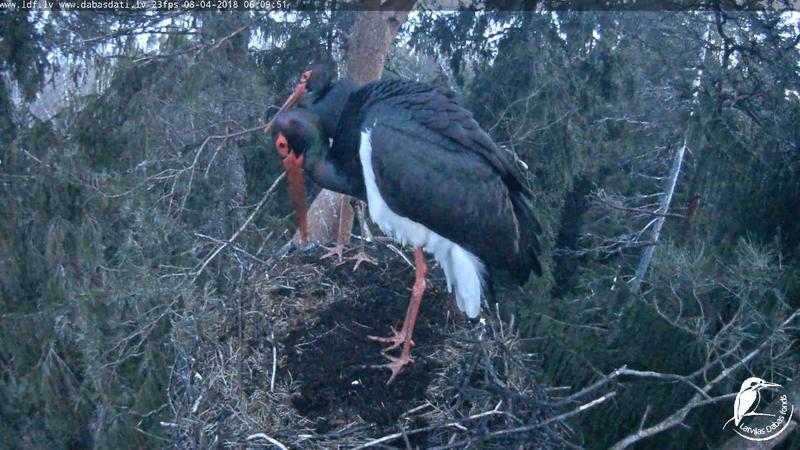 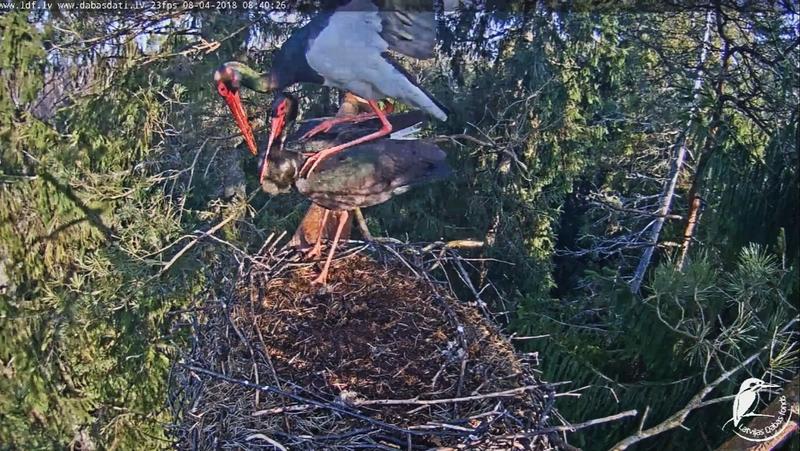 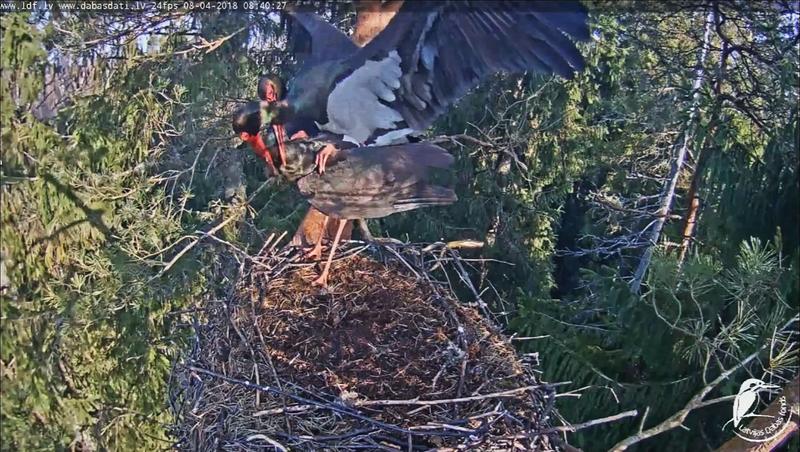 10:06 another mating. Female is preening the male
Top

Liz, will they give us news from the old nest? I would like to hear if Ozole finally found a new Lady and is breeding this season.
Top

Oh wow! Liz01 thank you for the video!
Top 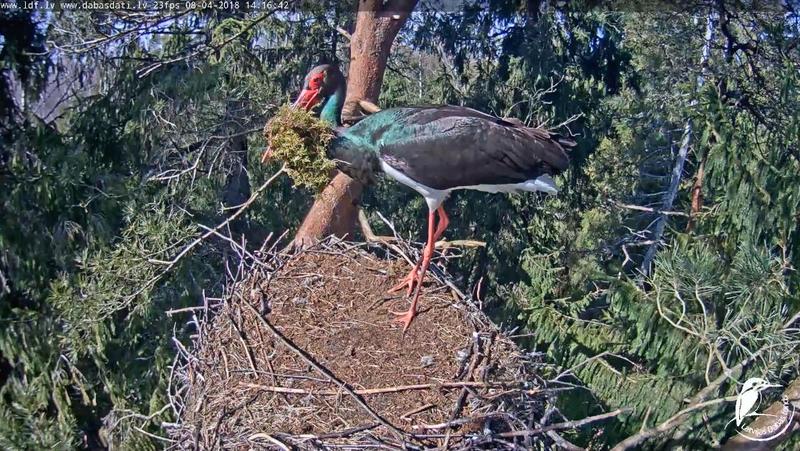 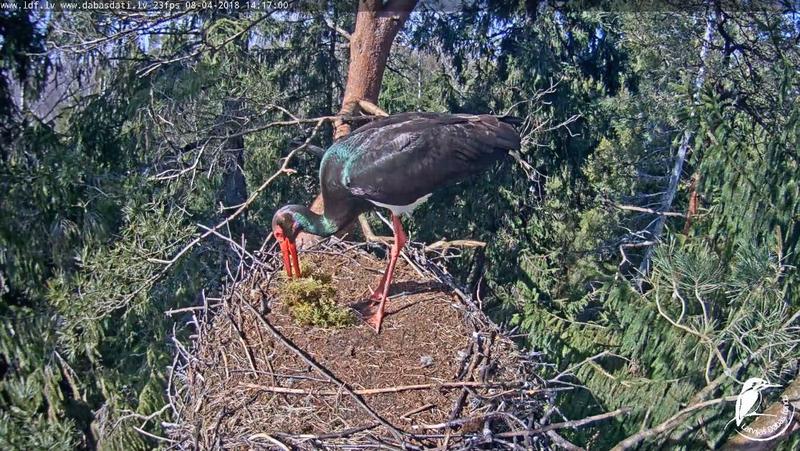 a few minutes later, ​the wind is﻿ blowing the moss away

Liz01 wrote: ↑April 8th, 2018, 2:34 pm
Abigyl, That the Latvians no longer observe Ozol's nest. At this time, nobody should be near the nest. A camera does not exist anymore

I know there is no cam but I thought that they'll check the area from time to time to see what is going on with him and the others there.
Top
Locked
3258 posts