The view on the nest is very compact and green. 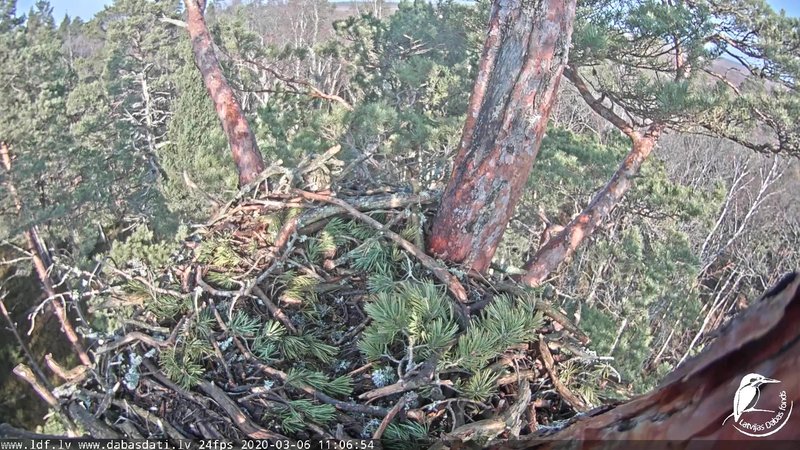 The stream can be found here:
https://www.youtube.com/watch?v=-aSdIz1PUwQ

So far Jānis Ķuze has given the following information.

The nest is located in Slīterē national park, NW Latvia (tip of Kurzeme peninsula). Both birds are without rings, female seems to be rather young and I suspect them being together for first season now, therefore chances that actual breeding will be started are not high.

This is an interesting territory, last winter two Golden eagles were frequenting it but did not stay there. Both WTE’s started to come this winter.

Vērotāja gives more information on the DDF. (here GoogleTranslated; I have corrected some obvious mistakes and added some clarifications in parentheses):

The sea eagle nesting area has been known at the site since 2010 - initially the eagles nest in an artificial nest, which was about 20 years old, then moved and built a live nest nesting 200 meters further back in 2013. For the next five years the nest was uninhabited and the site to which the birds had moved was unknown. 2018/2019 In the winter of 2000, a pair of golden eagles visited the nest, but one of the birds was under-grown and nesting did not begin in the spring.

The camera system is installed at the nest in early 2019. A pair of sea eagles began to visit the nest in the fall, both birds are ringless, suggesting that at least one or possibly both eagles are new to the area. In 2013, when the nest was last found successful (one of the eagles) was ringed.

The nest is built in a pine tree at a height of about 15 meters, with a semi-fallen pine tree hanging next to it, which in the windy time rubs against the nest tree, making a squeaking noise. For this reason, the microphone is not positioned at the nest, as in other cases, but slightly away from the branch. Consequently, the sounds of the socket are not as intimate (as at the nest in Durbe).

This is one of the two sea eagle sites that have been known in the Slīterē National Park (the third site was once located just outside the park). Birds are expected to feed on the sea as well as inland, but we will get a good idea of ​​this when nesting begins.

The camera system was installed by Jānis Ķuze and Jānis Rudzītis at the socket. Thanks to Helmut Hofmann for helping maintain the system!

We shall insert more information of this new nest as we learn more.
Top

The tail of the male resembles the tail patterns of Milda at the Durbe nest, but are slightly irregular. 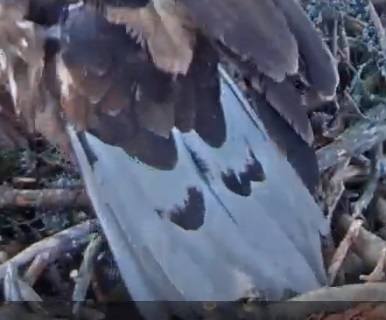 reserved
i reserved a few posts for more information.

i'm afraid that i shall not be able to watch this camera much, just like the Estonian nest. i must concentrate on the Durbe nest.
Top

Good Luck to the new nest

09:28 After sitting there and some small "works". it left

09:28 When it flew away, there were calls of another eagle.

Both were singing for a while near nest

I stopped Durbe's sound and can hear them around nest.
Top

10:26 Both arrived, she? brought a nice green branch. They were working together

They have a "balcony" on the right side, hidden from us by the brown trunk.
Top

Grey-headed Woodpecker is calling intensely in the morning :-)
Top 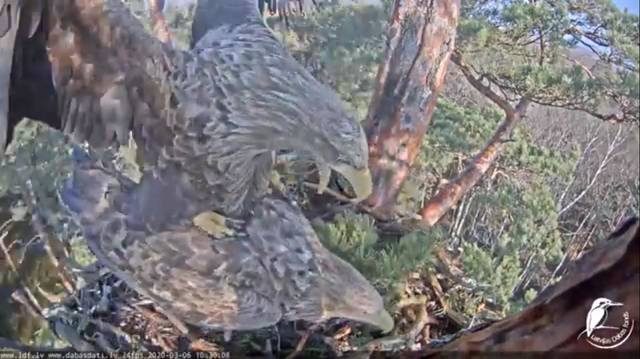 This is the tail of the female, with stripes on the left side: 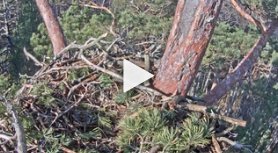 He jumped to another branch (see shadow).

When he came back he sneezed twice.
Top

16:08 male? flew in, another eagle is calling near 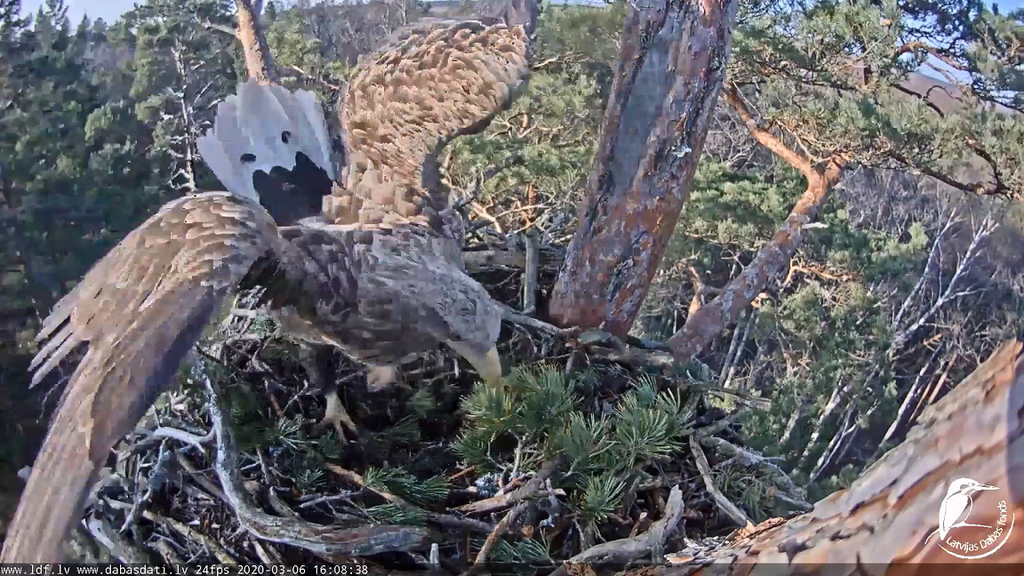 Video from the mating

I tried to find trademarks, that will distinguish male and female

Tail of a male 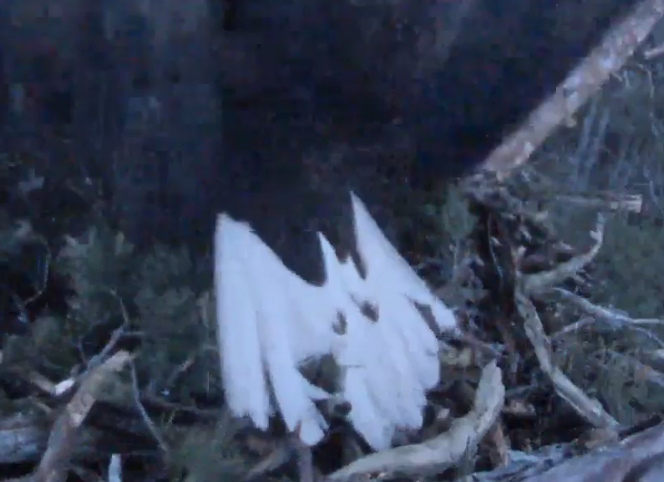 Tail of a female 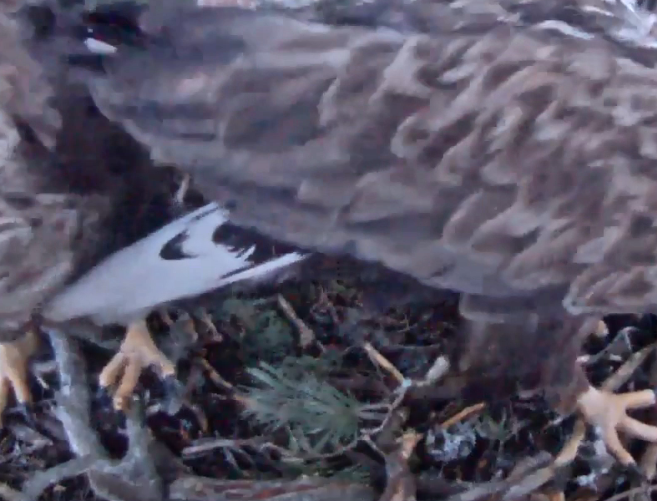