last night some new updates made Windows much quicker again. it was awful before that, soooo slooooow, but now it seems to be back to normal.
Top

Although there will probably be no chicks in this nest this year, it still provides an interesting (and valuable, I assume) look into the lives of wte-s.
And ravens, perhaps

eaglet lies in the nest 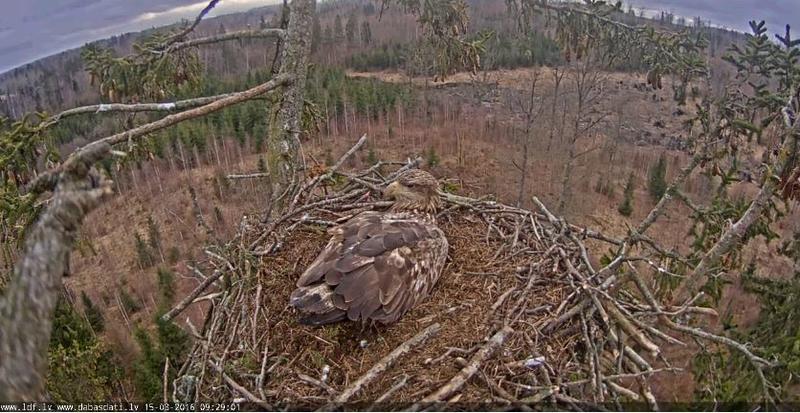 it makes nest work
and lies down again
Top

it's again a Latvian eagle, K055 this time. i think we have seen it here earlier, too, like yesterday's K013.

the young eaglet reminds me to Durberta

Did anyone read the ringnumbers?

Have a nice time

AlteEule
There is always a hidden smile ...
Top

Did anyone read the ringnumbers?


Durberta has one Ring. This eaglet has two. Pity!
Top

a Raven flew past on the left side.
Top 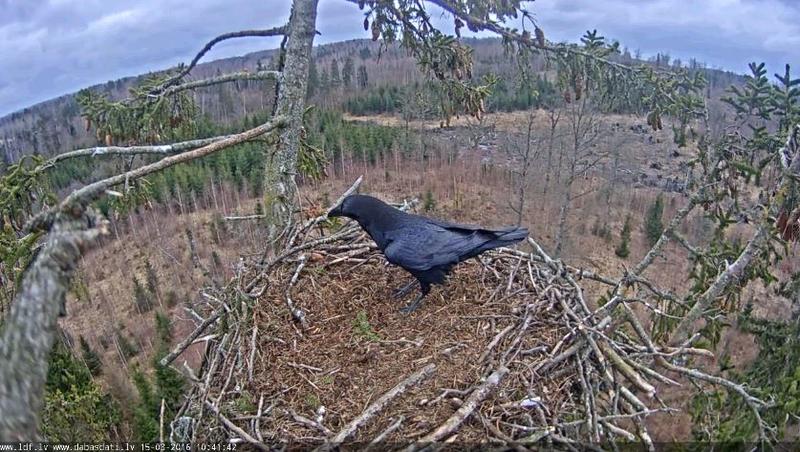 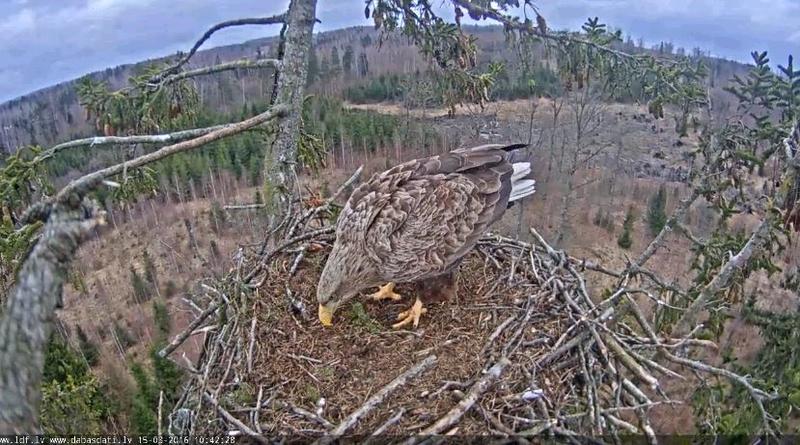 both eagles at nest 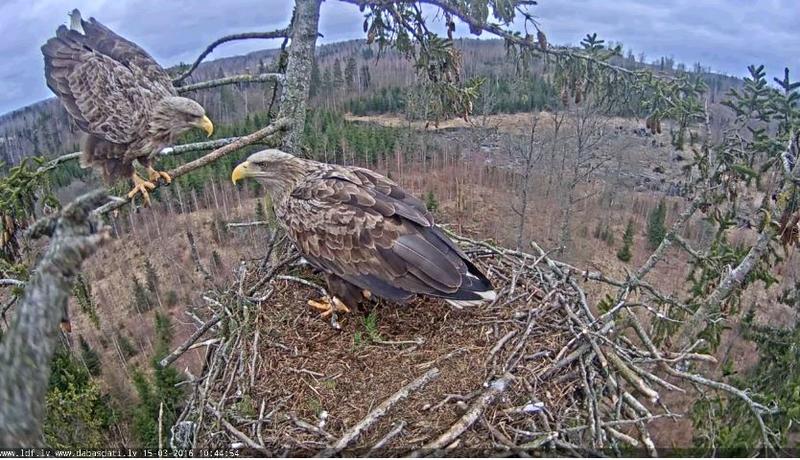 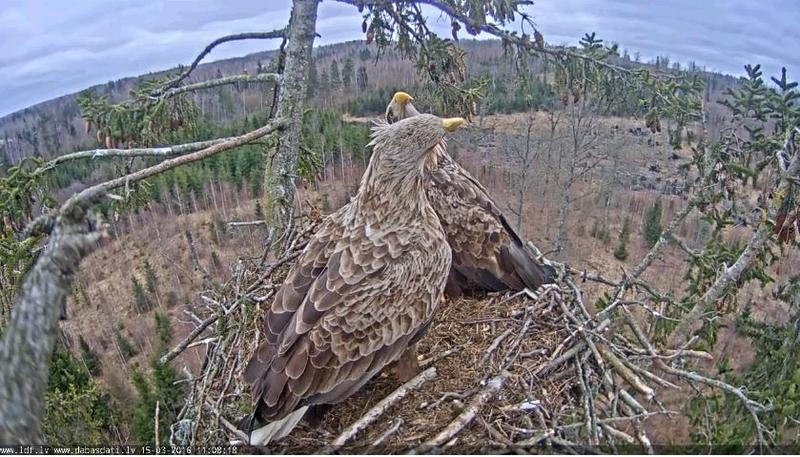 10:42 right after the raven had left the young couple arrived.

i made a couple of pictures of the eagles arriving this morning.
the male landed first:

10:42 the male jumped on the branch. -these marks are certainly not Robert's.

i think that these tail-marks belong to the young couple.
Top

Abigyl wrote:... After the "extra small hubby" came in, around 19:07 as written, he looked around for the Giant who didn't follow him.

He flew away shortly after, but about 10-15 minutes later (19:25+), when it was much darker, we heard loud calls of 2 eagles who flew to the nest. Few minutes later they called again for long time near the nest, almost in it.
I was waiting long time to hear them coming in the nest, but all I heard was a concert of many birds singing their night song in very loud voices. ...

11:17 they took off and flew a few loops over the meadow before flying to the right (South).

Ame this was one of the calls. the other which came later , was closer and louder, it sounded as if they came really near to nest (on right D's branch).
Top
Locked
7714 posts