20:27 Ansis flew to the nest, followed by a nasty raven. a little later came Egle. they did some home work together and then Ansis got the idea of mating, again with poor results. Egle was very displeased.

this time Ansis was again trying to reach under her wing but to me it seemed that he didn't manage even that.

Sappheira already posted a video of this unfortunate mating attempt but this is their whole stay.

20:39 Egle came again. this time she brought a green twig.

Ame , I knew you won't miss this part "trying to reach under her wing".

After this "mating", I thought that perhaps their different sizes causes it. She is much stronger than the little hubby, he cannot control her

He not only came under her wing, he also tried to crawl under her.
It was a strange event, very funny.

yes, poor Ansis, he tried everywhere but had no success.

under the left wing.

under the right wing.

he only made Egle angry.

she just isn't in the mood for love.
Top

12:34 Ansis lands in nest, calling loud. before they both were calling near.
He is on the left branch.
First chick in the Latvian Golden Eagle nest hatched May 10
Top

i didn't even have the cam open.

both are at home. i think that Ansis on the branch and Egle lay down on the nest.

6:11 this morning Egle came to the nest. the tail spots don't look very big but they are bigger then the ones which the next eagle had.
edit: sorry, this was Ansis!

he stayed alone for a few minutes.

they made some home work but mostly just lounged there for a looong time.

6:36 Egle came down from her branch to do some nest work.

i made Pontu clips of their arrival. they both called with ravens. here the eagles have disagreements with ravens and at the Estonian nest the crows are unpleasant neighbours for Anna and Uku.
12:33 Ansis landed.

for a brief moment this looked like Robert's tail.

now they are just lounging there.
Top

Such a beauty! forgot her name.

The one with the black white spots, and red
Top

I think there are song thrushes in nest

20:03 I only heard the bird and did not see him. Now I watched the video again, it is well camouflaged 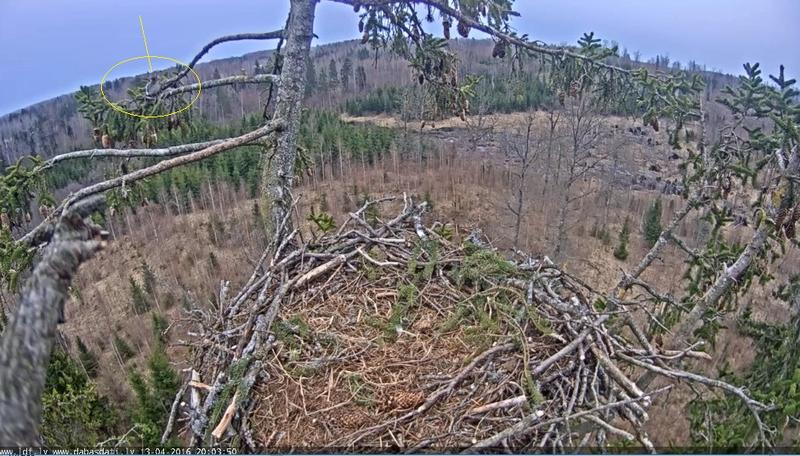 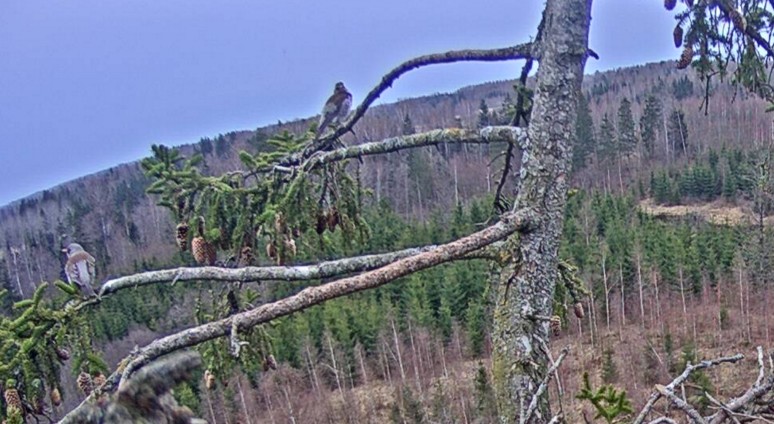 These are Fieldfares
Top

6:13 mating attempt above her head

vainamoinen wrote: These are Fieldfares

6:16 both at the left branches

A short visit. They went for their breakfast...
Top