Thanks a lot for videos and comments

I think the females have a closer relationship to the nest?
Or maybe they can better defend the nest? I dont know.

7:58 A reddish stripe is on the horizon 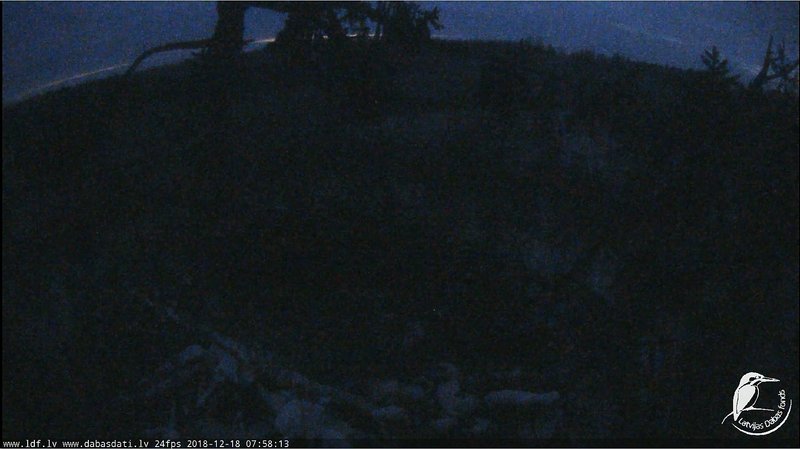 I hope this season will be nicer with all the new (young?) males.
Top 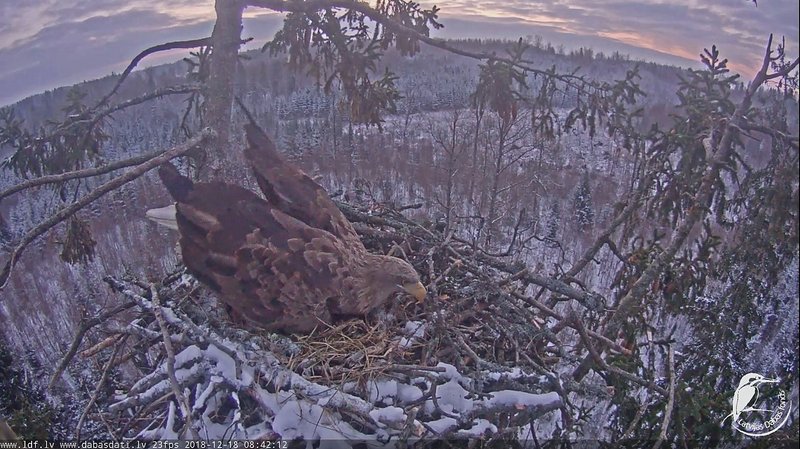 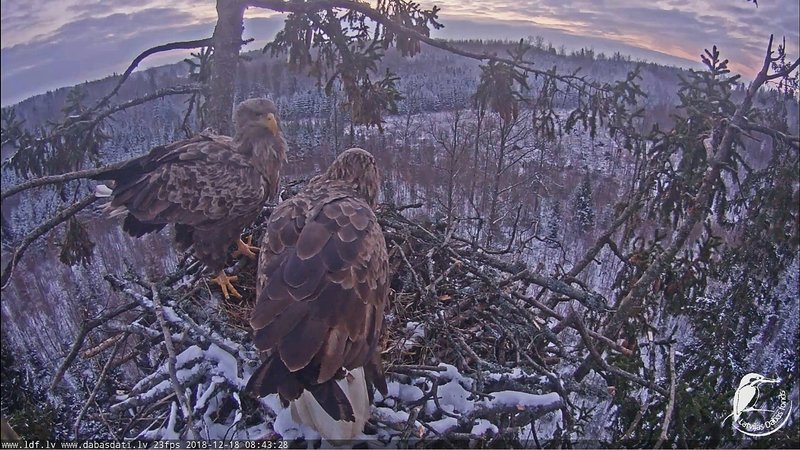 8:43 Raimis jumps at the left branch. Milda is digging the nest bowl.

I love to see them all day long

I heard her landing too

8:55 Milda flies off, Raimis comes to the nest with a branch

8:57 Milda brings a branch.
She jumps on the left branch. Raimis is still in the nest .
8:58 She flew away again
Top

9:01 She jumps on the left branch and is scratching her head.
Top

the eagles have come for their morning shift.

hmm... i see that Liz made a uniform video of the early events.
i made shorter clips, too. i'll just add the links here.
8:41 Milda brought a stick and worked..
edit: no, she brought a green twig.
https://youtu.be/KRpCzpgD5k8

8:55 Milda flew out. then Raimis brought a stick.

9:00 Milda brought a stick. both worked together. - a few seconds before Milda came the deer started their walk in the background. both the eagles and the deer minded their own businesses.

9:06 Milda flew in with a stick (?) and Raimis flew out.
Milda looked where Raimis flew with her neck extended...
9:07 Milda went to the top branch.
- by accident this video has Milda's departure first.

i made a close-up clip of the deer walking by.

Looks like deers! Trine you have very good eyes, I almost can not see it.

It's the second deer. The other walked behind a spruce. 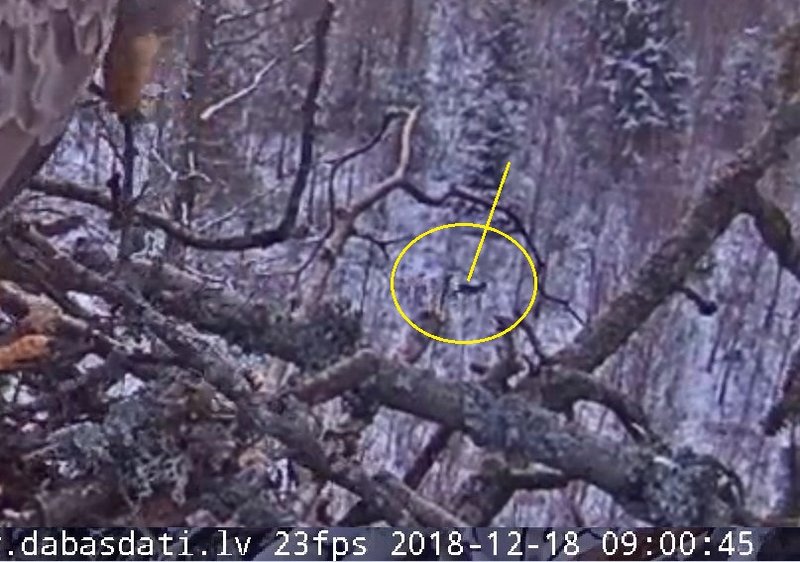 Both animals can be seen in the video. I did a close-up
https://youtu.be/Tz9wn_-srPY
Top

9:13 i think i heard some footsteps but i could not see anything.
Top

i have a feeling that they stay around also at other times but we don't see them. other eagles, however, see them and stay away.
Top

9:59 Eagles are calling
10:00 still calling. I think both- Raimis and Milda are on the left far away
Top