Ajeta wrote: ↑
July 21st, 2019, 4:26 pm
Difficult question indeed.
As for your example I would ask: What is required for the mother to act in this way? Reaction to danger, ways to evade it, and the protection of young are part of her life. To me her behaviour looks like an adaptation. Similar perhaps to tits (i.e. small birds) which build their nest in small holes/caves in a tree. But they have also been observed to build nests in letter boxes.
If you think differently I would be very interested in your interpretation.

I know nothing about it. Therefore I ask. 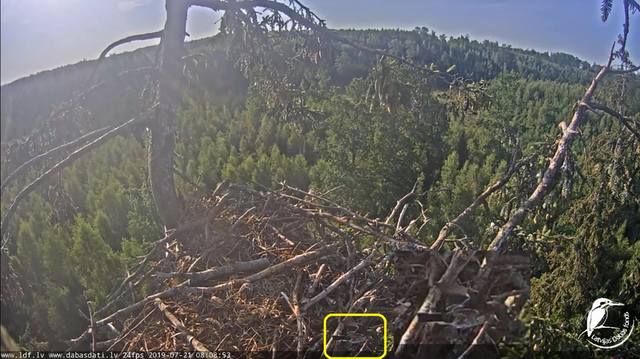 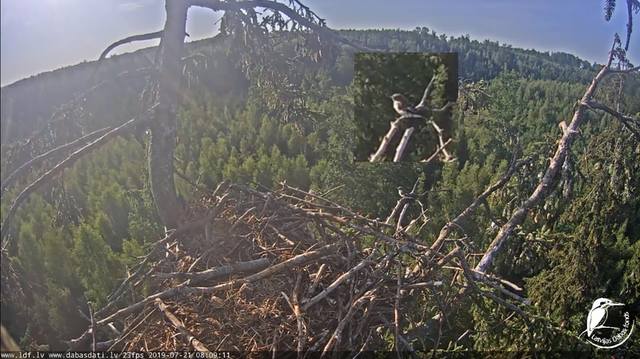 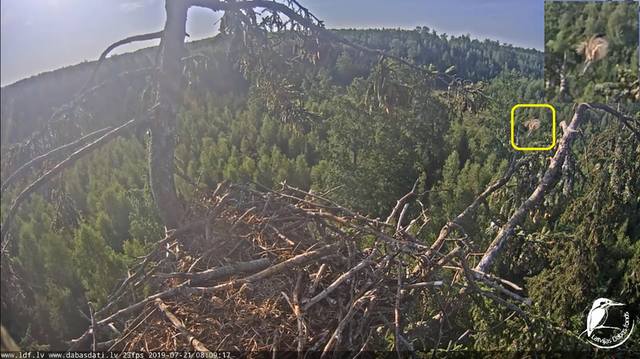 i have been able to listen every now and then and i have heard eaglets calling many times. sometimes it has even sounded like possible feeding but i have not written down when.
i made a few samples of the voices.
19:19 both called in the forest.


20:28 both eaglets and a parent, probably both parents called.


i shall not look for more calls (unless necessary) because i don't believe they will provide more reliable information (unless pointed out differently).
Top 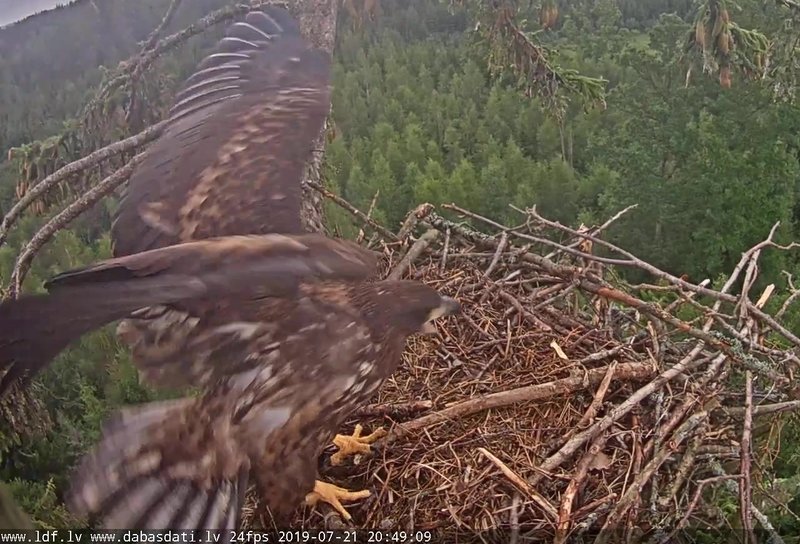 Miks started to work with a feather which is left from the hawk. 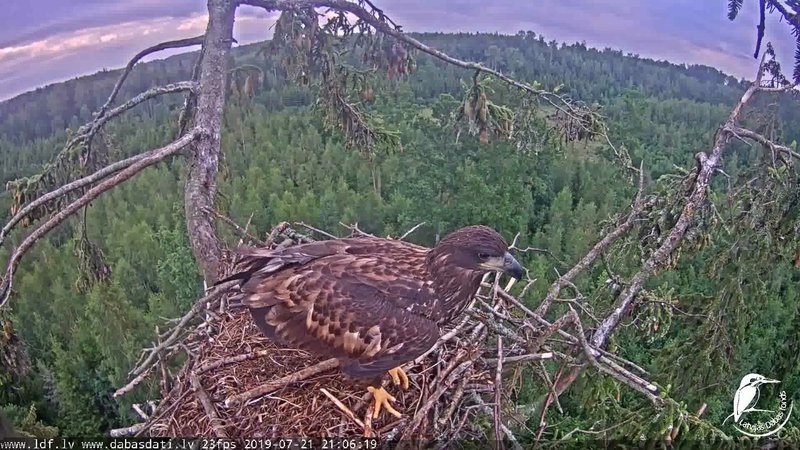 21:27 a wood pigeon flew to a branch behind the kingfisher.
21:29 he tried to sing. he was not exactly any caruso.

aha, he was a young wood pigeon. no wonder that he wasn't a Meistersinger yet. 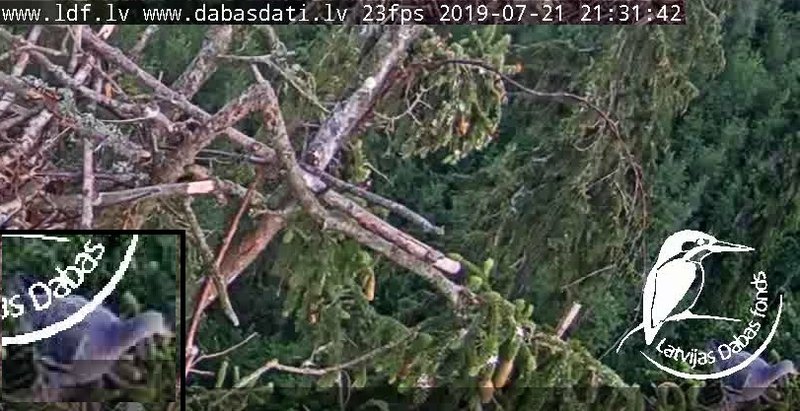 
the sound is still off-set.

22:11 Milda with some food. feathers? nooo, maybe it was a half-eaten fish. anyway she had decorated it with greeneries. 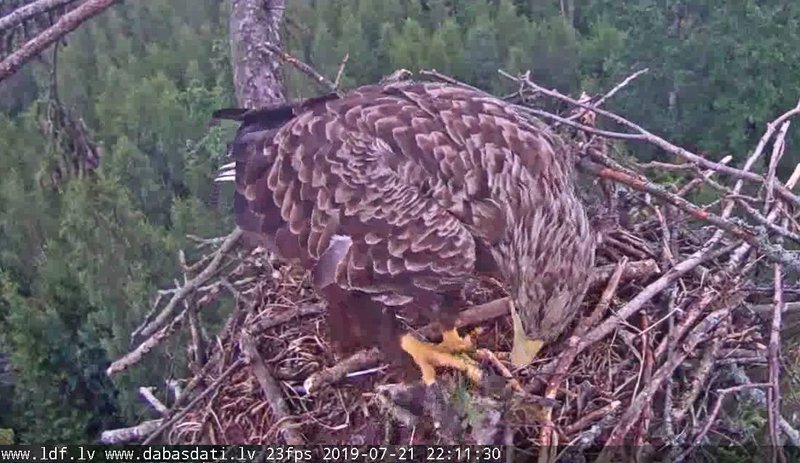 Miks stormed to the nest first. he grabbed the food and Milda tried to get away from him as fast as possible. she stepped on Miks' tail. 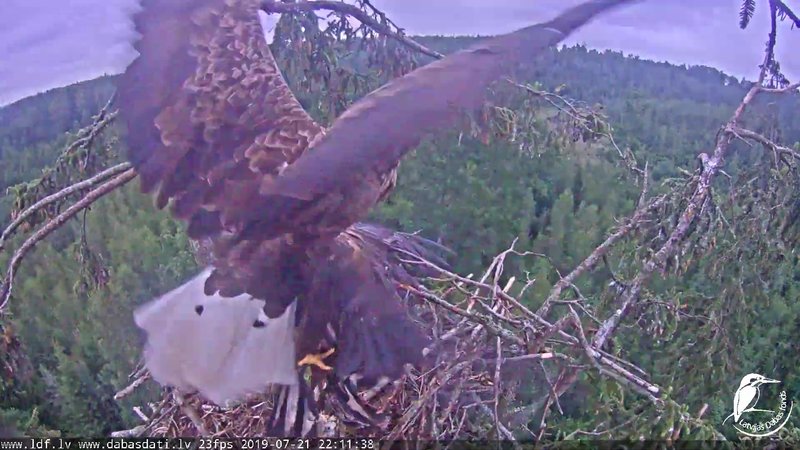 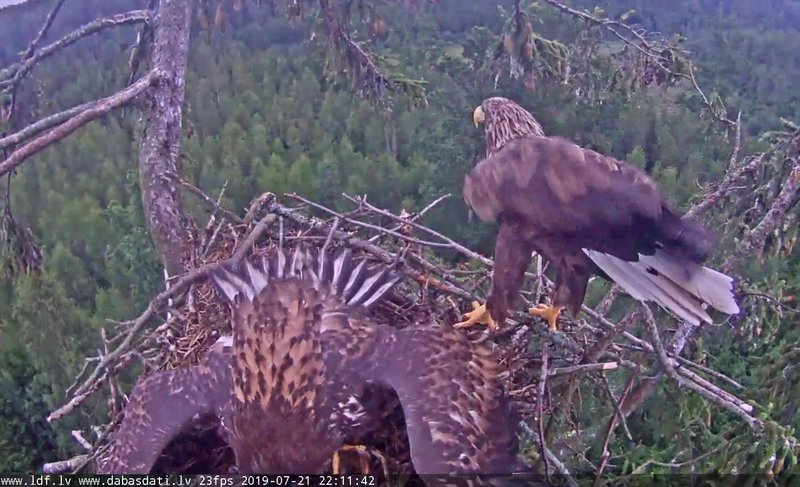 Rika landed somewhere above the nest on the right side.
22:12 she jumped down to the nest. 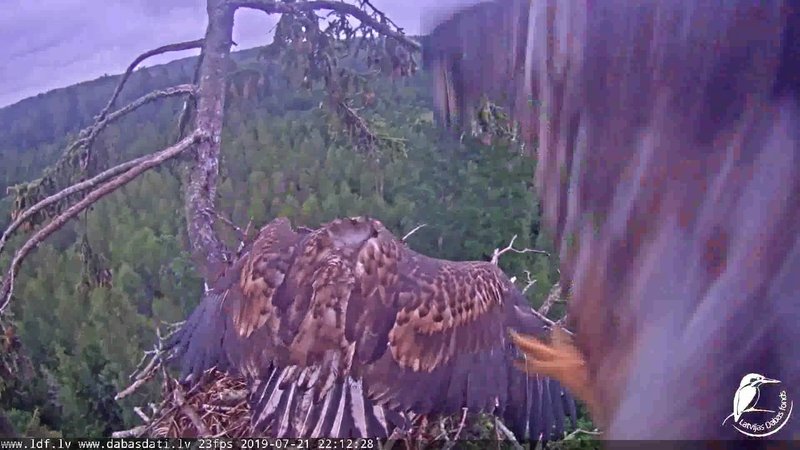 Rika tried to get the food but actually she had no chance. Miks mantled it so well.
22:13 Miks jumped out and flew away with the prey. Rika stayed. 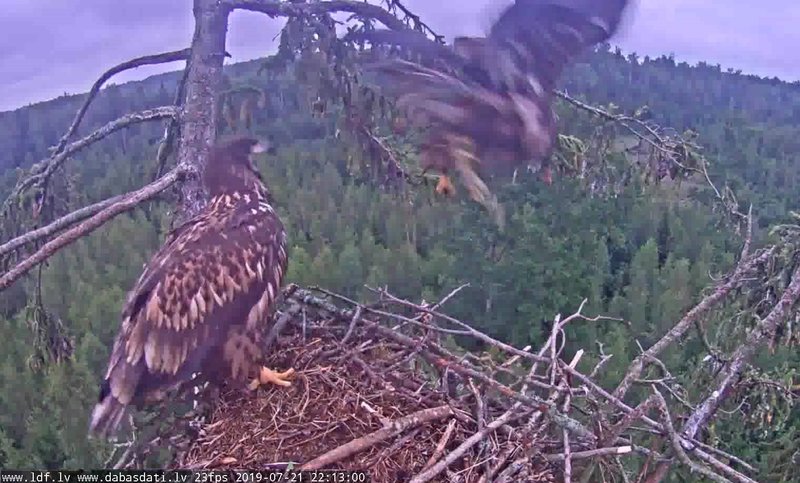 Thanx for all info today 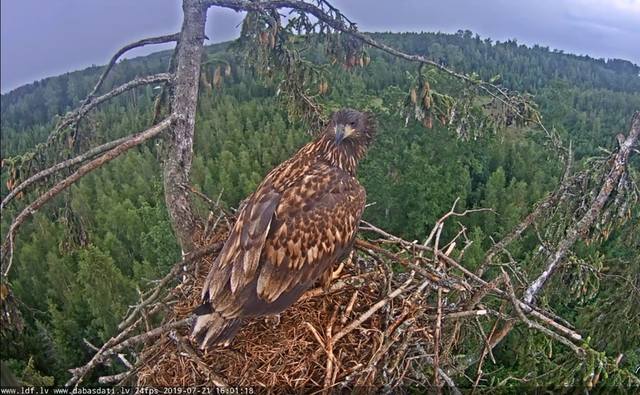 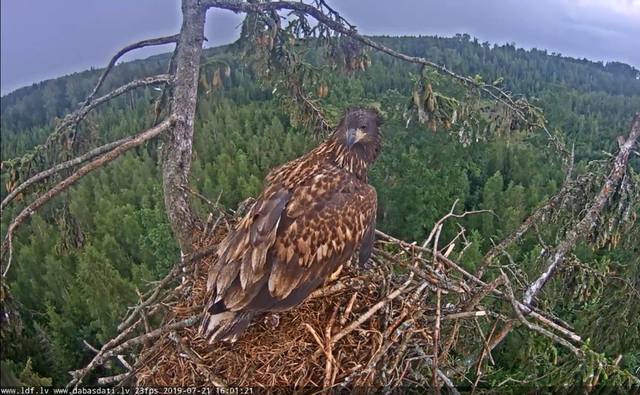 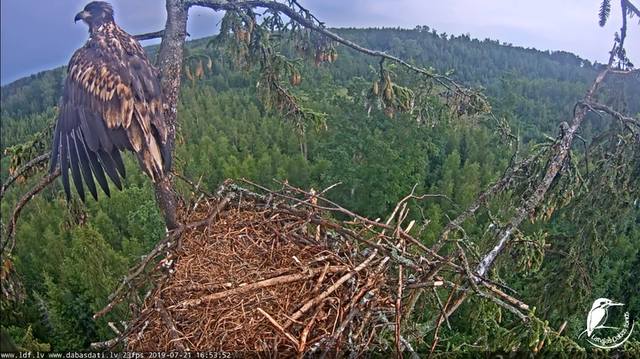 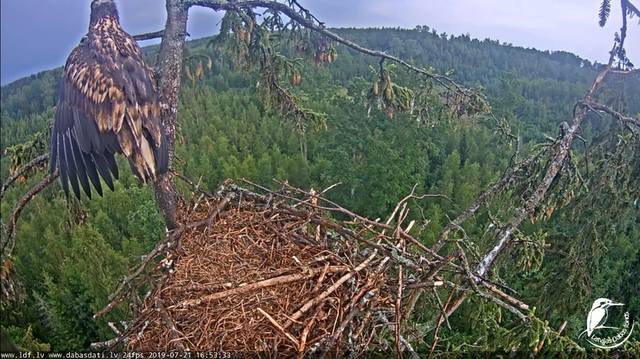 Your question started with "Really". That sounded as if you have doubts that it could be just "instinct".

EDIT: I do not know anything about it either, I only have impressions and try to make sense of them, as much as possible from the perspective of the animal and what presumably counts in his world.
The amazing calculations the brain does at subconscious level I would probably not count as "thinking". This does not make them less amazing at all.
Top

Verotaja writes that Raimis has not been seen at the nest for five days.
Top

He has a new song.

thank you for the reports and comments!

i don't believe there is a problem.

5:09 a little bird visited the nest. it looked very red. maybe a robin? an eaglet called.

5:35 voices of both eaglets. - didn't search for more, i made some samples.


6:18 - 6:24 little birds visited the nest. the eaglets were calling every now and then.
a chiffchaff( probably), a nuthatch, great tit blue tit, willow tit, to name a few.


this video is artificially in two pieces since my recording automatically and randomly started a new file. this continues where the previous ended.


7:54 Miks' visited. - the sound is still misplaced. maybe even worse than yesterday.

on July 20th a male eagle called near the nest at 11:29. at least i think it was a male and i also believe that it was Raimis.

i don't believe there is a problem.

I was just startled at Verotaja's observation. I have not checked yet, but I think no parent's song was noted in the morning in recent days, was it?
Anyway, I do have great trust in your optimism. It has been justified on all occasions I have seen.
Top
Post Reply
16761 posts