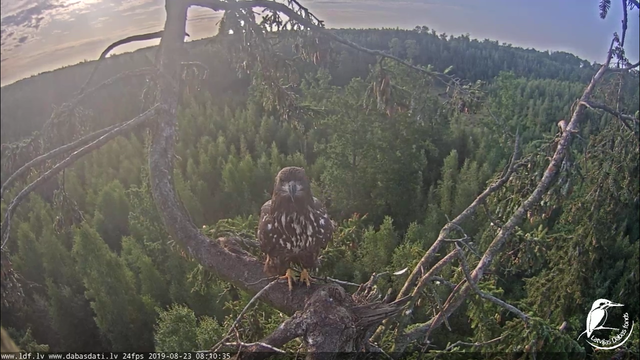 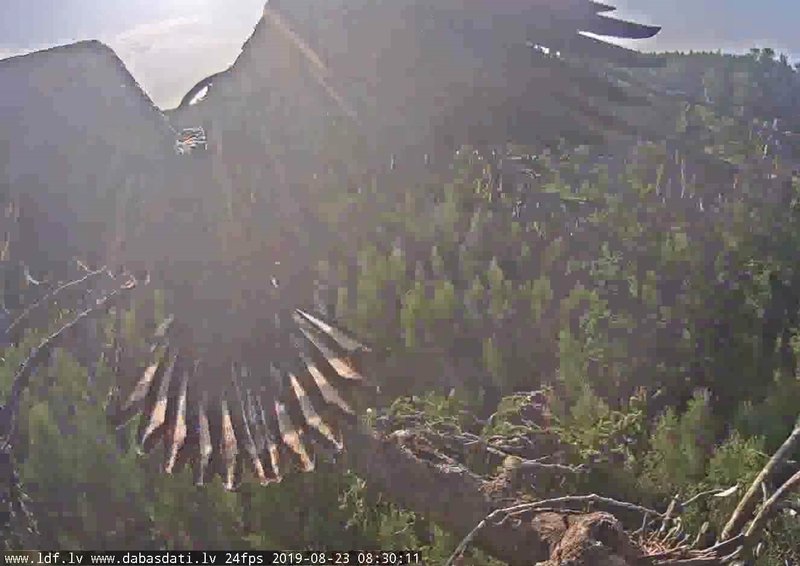 08:30 Calling and jumping to the left branches.
Top

then silence. the wind is very loud, too loud.


5:49 - 5:55 the eaglets called more many times. then also the parents sang.
Miks flew crying. i think he flew farther.


i didn't look for more calls. it was too windy and the eaglets were too far. (if Sonchik had difficulties in hearing them it would be impossible for me.

later in the morning the wind has become even stronger.

11:31 a spotted flycatcher (i think) visited the nest. the black spots on the stomach are its feet. it had curled its black feet against the stomach when it took wings. 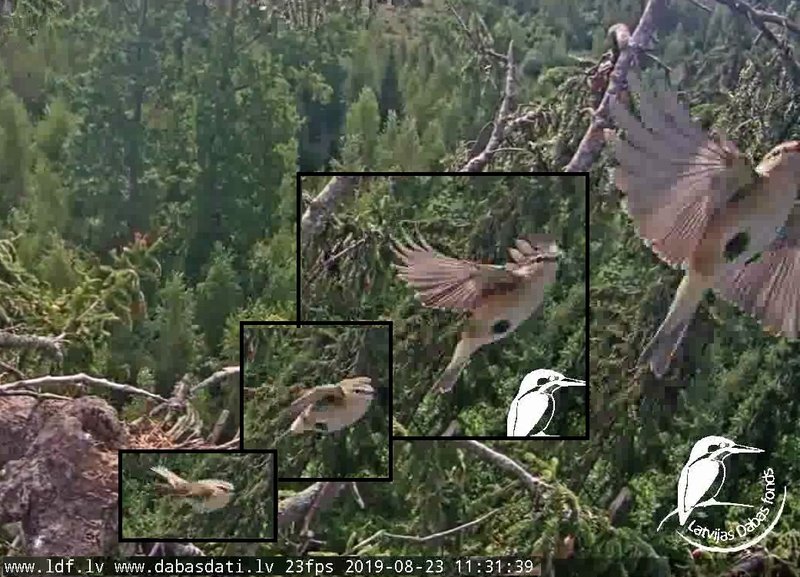 it's name seems to bee 'grey flycatcher' in Latvian as it is in Finnish, too. in Finnish it is also called (in-officially in the old times) paarmalintu = 'horse-flycatcher' as these birds were often seen catching horse-flies.

12:18:05 i think i heard very faint distant calls from under the wind.

It was a fish song.

14:17:50 pieepieeepieee..
which stopped after a few seconds. is the wind too loud so that i don't hear more?

As far as I can remember, Rika's voice was very poorly heard. It sounded at the same time as Mika's voice, except for the last seconds.

and the lotto numbers for the next round are?...