Urmas posted: We decided with Latvian colleagues to start Osprey cam about in mid March and not to miss arriving of those inhabitants of the nest.

This is the second season for this webcam in Latvia, a part of the ESTLAT joint venture between Estonia and Latvia, Eagles Across Borders.

Last year, three young osprey fledged from this nest. Two were ringed but one "escaped" and did not receive a ring. You can read about the 2012 season HERE

sample: http://pontu.eenet.ee/zivju-erglis/2013 ... -18-41.jpg
change the date in two places and the time, by minute, to see the pictures that are archived
Top

Return - April12
Both Ulla and Uldis returned to the nest and mated more than once on this day.

Ringing was accomplished on June 26

Egg #2 - Pelēcis (Grey) ring #400
Egg laid between April 22-24 (The cam was not online because of low batteries, so we do not know the exact date. On April 24 cam was online again and the second egg was documented for the first time.)
Hatched May 29 (seen early in the morning, 05:17 for certain).
Fledged July 15
Departed on migration August 08

Thank you for info Nancy

I had the cam for a good long time, and then it went off

ok, thank you Nancy, then he will go back on soon.
We now know, it works

How nice to have this cam back

What breathteaking moments we had last season when one of the youngsters took off first time when the ringers came .... my heart stopped beating

but then eaglet came back again

Hope for a successful nesting season for Ulla and Uldis

good morning - beautiful landscape... really looking forward to following this... thank you for all the information NancyM

I see the cam is on right now and there's a bunch of sticks so big, they should be called logs!!! 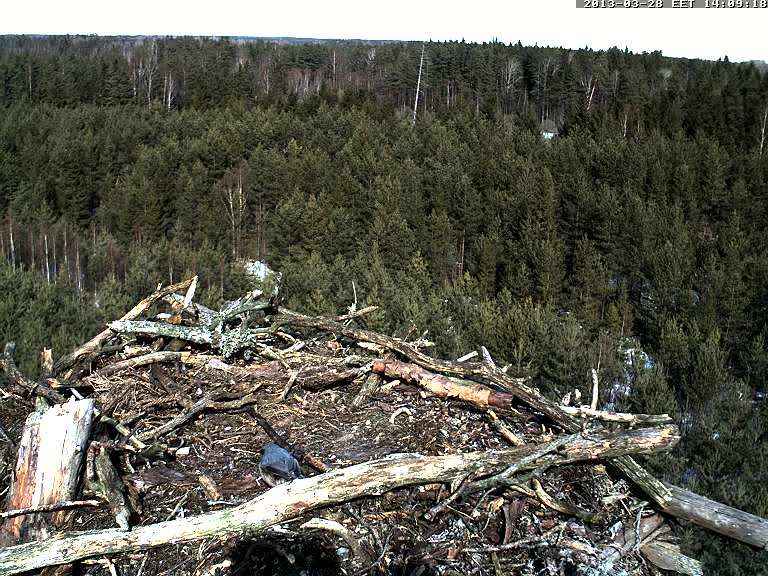 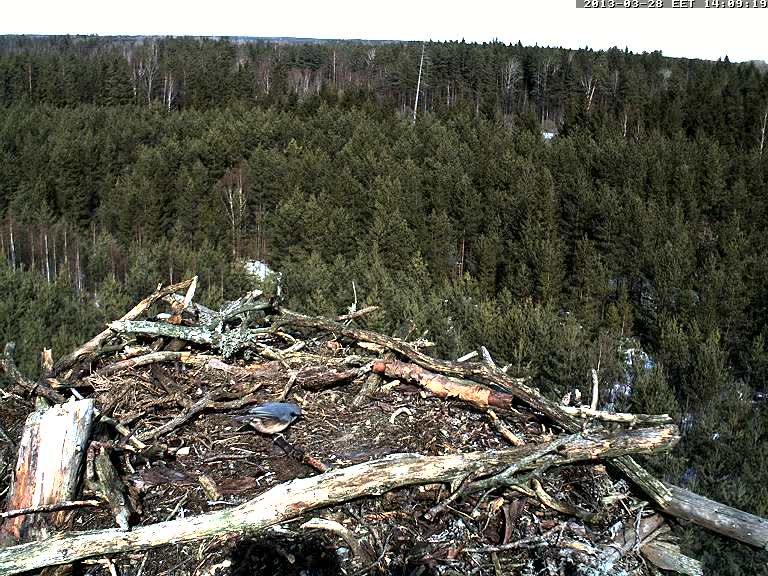 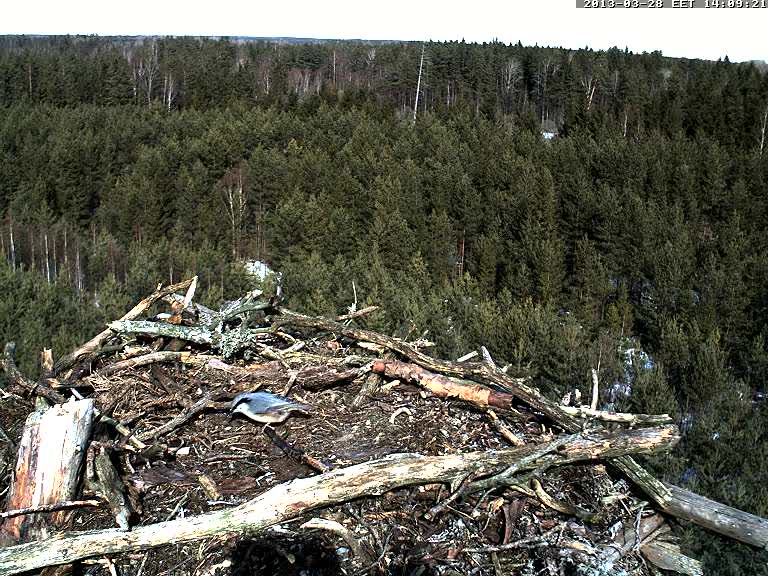 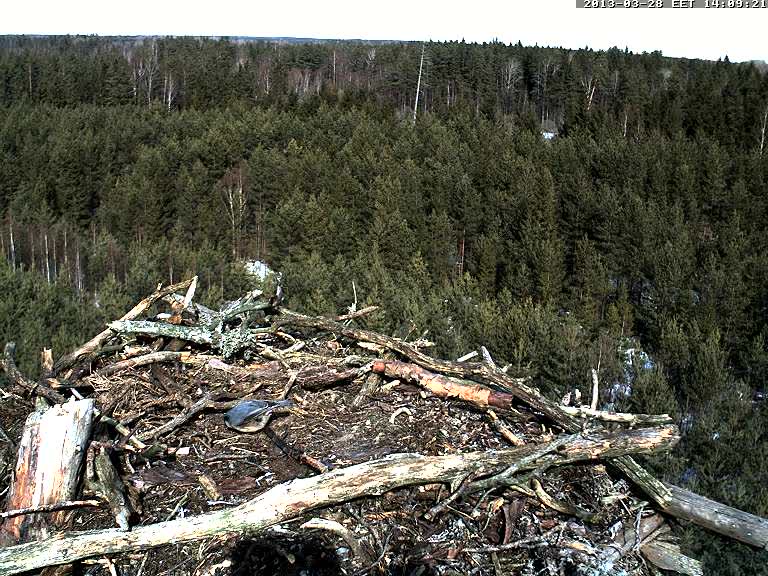 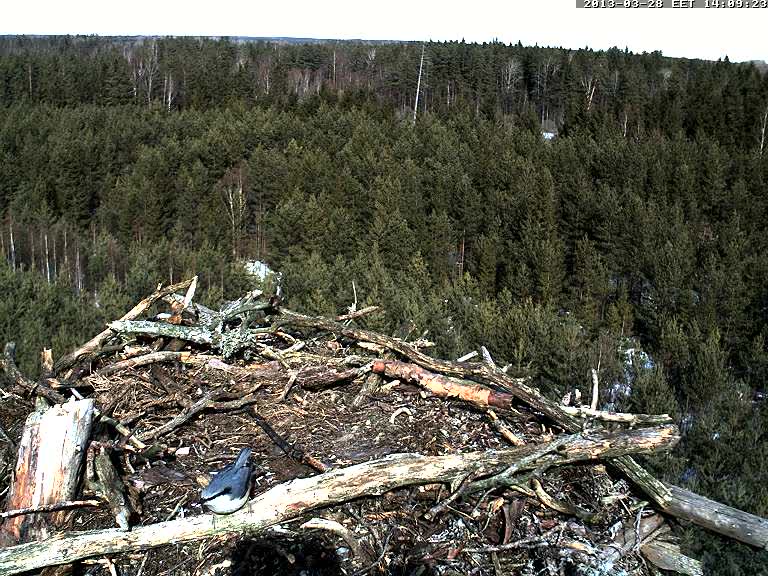 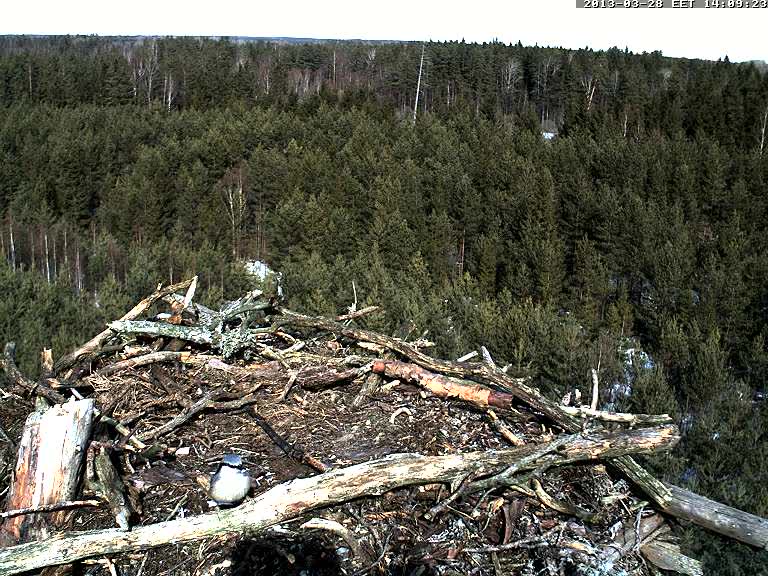 That nice news, cam is back again

06:51 Cam is up this morning, but there is no one home and no visitors.
Top

nice sound from... a Woodpecker, but it's not the great spotted ...I think gray head woodpecker ?

Hurrah! I saw the new link on the ospreys! Now I'll wait to return!

Fleur wrote:good morning
nice sound from... a Woodpecker, but it's not the great spotted ...I think gray head woodpecker ?

No, Fleur, it's Black woodpecker.
http://www.ornitofaunistika.com/lvp/bal ... elmins.mp3
I will kill my computer, if it will work so slowly

I'm glad you want to help me every time vainamoinen.
Some sounds I remain difficult, especially if they are not standard sounds
Top

According to http://www.weather.ee/voru/ it's still cold in Estonia, especially at night (see the forecast), and Piret is already in Egypt (or maybe Turkey)... Do you think this will have an influence on the breeding season this year?
What do you hear? Nothing but the rain.
Top

I really do not know Baltar

BTW, this is the nest of Ulla and Uldis
But cold, it is
Snow is falling, wet snow I think