vainamoinen wrote:I don't know exactly what bird it is. My sound system isn't good. But I have opinion that it is neither raptor nor gull. I think it's alarm call of Golden Oriole. In xeno-canto there are some similar examples.

this time it was a coot. Pukite was in the nest and she got it. Makonite is whining on her branch.
Durbe WTE chick hatch countdown 2020 https://www.tickcounter.com/countup/157 ... will-hatch
Top

Lubana brought a bird
She wanted to on her branch, but there was M 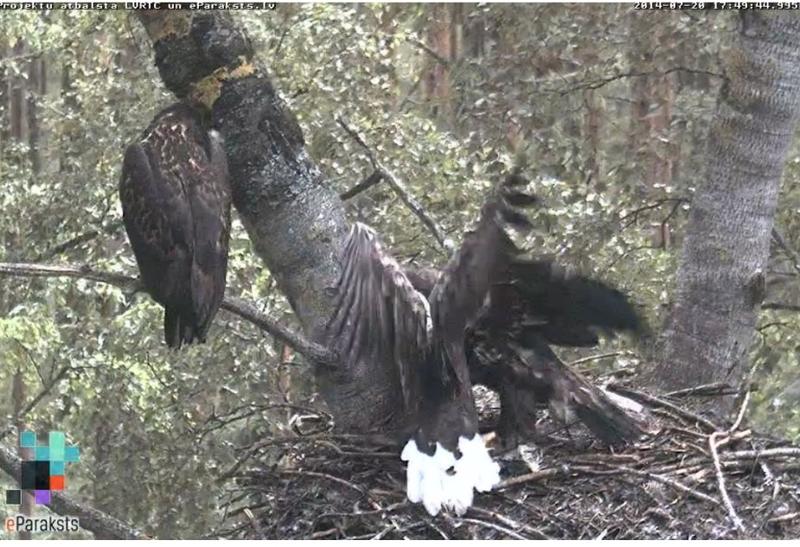 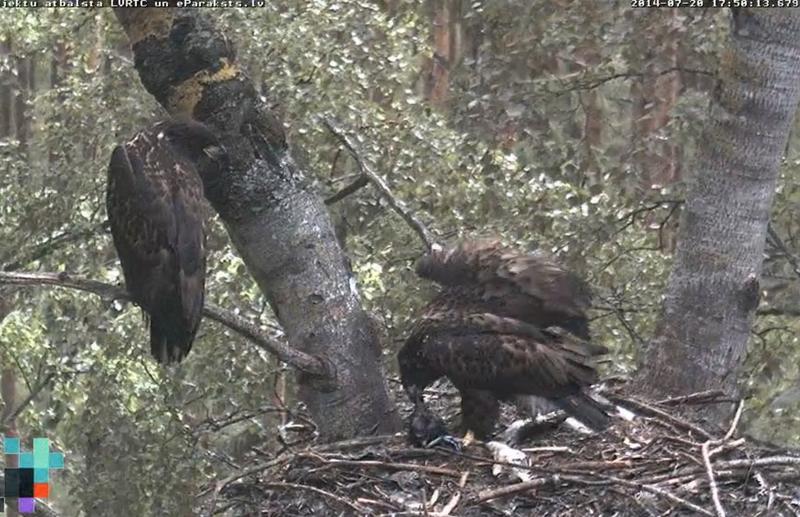 Ame, you were faster

Hello Ame,
can you please delete my post. The images are identical to yours. Thank you

i'll take my picture of the coot away. i'll add later the Pontu clip there instead.

thank you for the identification of the bird's voice. i'll accept golden oriole as the bird we were looking for. i've heard them sing near the nest many times.

Makonite is artistically unhappy, still whining while Pukite is eating the coot.

The branch is not the best place if food is delivered. poor Makonite

now thunder begins to rumble. it far far away though.

well, the third rumble was closer. and the fourth... Makonite is falling asleep on her branch.

Pukite exerts gripping and transporting branches. attack on tree branch.
She is much more active than Makonite. But they do not jump on a branch 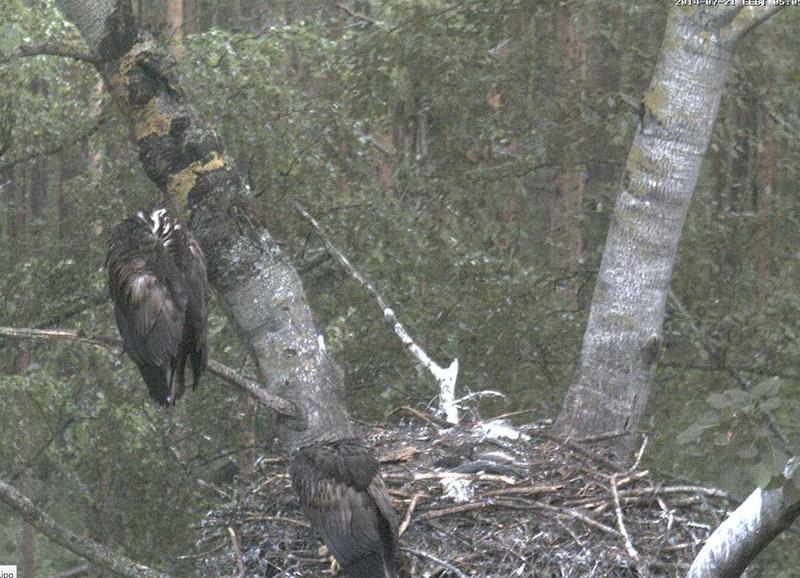 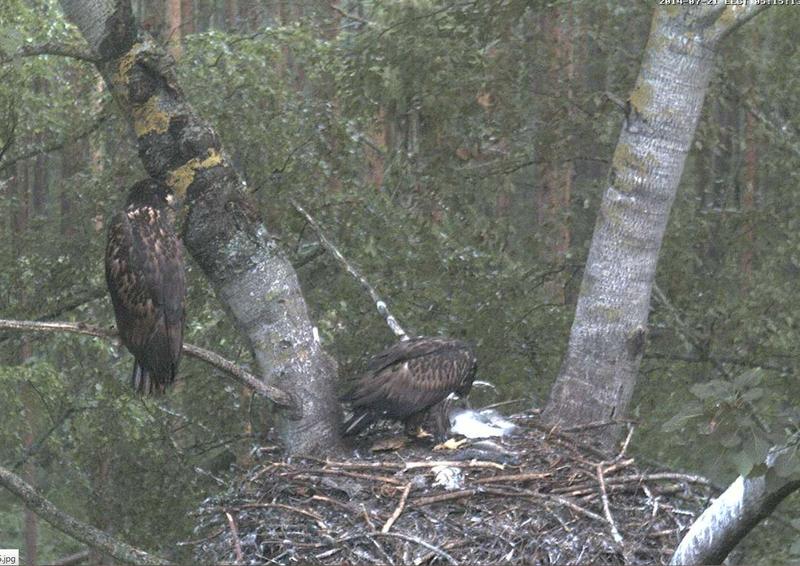 to the existing pile of fish came at 5:14 yet another delivery added.

I'm sure Pukite want everything for themselves. If Mamy come, they will be kicked out of the nest. She should only deliver, do not eat

Makonite moves now a matter of course in the branches. It's nice to see. Pukite still makes no attempt. One day, however she must

Where is the other chick

Pukite is looking over her shoulder to the front right... maybe Makonite is on that branch?

the red admiral is flying around the nest again. i think i saw it yesterday, too, or was it the day before. sometimes there seem to be two of them fluttering around.

i've now seen part of this morning Pontu pictures. Makonite made two trips to the front right branch at 7:23 and 7:27. on both times she is recorded there in only one Pontu picture and in both time she is back in the nest in the next picture.

8:39 she is on her regular branch on the left with her wings wide open.

in the next picture and the following i can't see her. this time she has gone out of the nest tree. she has really flown, not just jumped. it seems that Makonite has made her virgin flight!

perhaps (and probably) she still somewhere near because in the following pictures Pukite spends a lot of time on the left side of the nest, looking to the left. now she has gone where there is some shadow in the nest.
Durbe WTE chick hatch countdown 2020 https://www.tickcounter.com/countup/157 ... will-hatch
Top 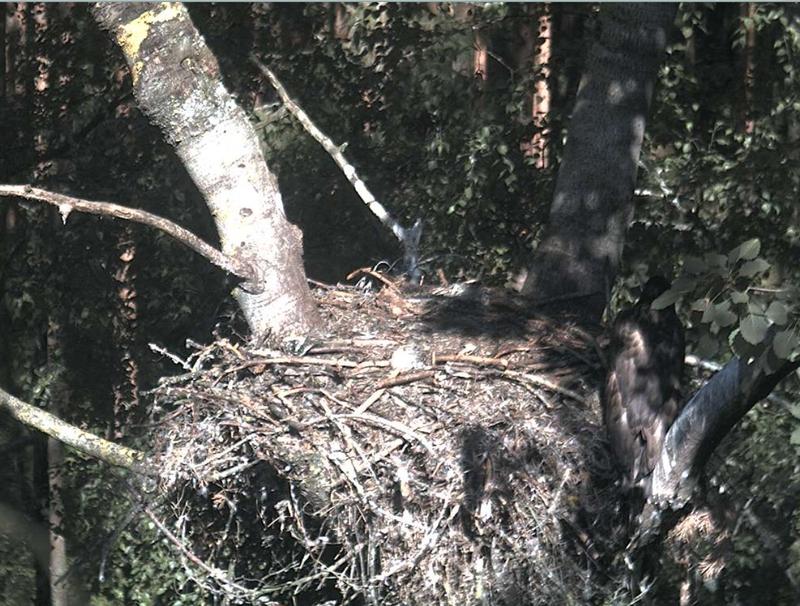 Ame wrote:it seems that Makonite has made her virgin flight!

Now we have both lost the bet

i have thought many times over the few past days that these two will not miss each other much once they get rid of each other. i don't think there's much 'sibling-love' among them.

i guess they fly their separate ways rather soon. the past few days have made me think that Pukite will hang around mama and papa. a few weeks ago i thought it might be M, but now i guess she'll fly her own way.

they have still had some pecking every now and then. in the recent times Pukite has pecked Makonite back (or she has even given the first blow to Makonite). the blows have sometimes been so hard that Makonite has cried a little and then she has looked surprised at Pukite.

I also believe that it's better now. Pukite will soon leave the nest. They do not love each other. There was always competition.
Soomaa GE chick hatch countdown 2020 https://www.tickcounter.com/countup/158 ... will-hatch
Top 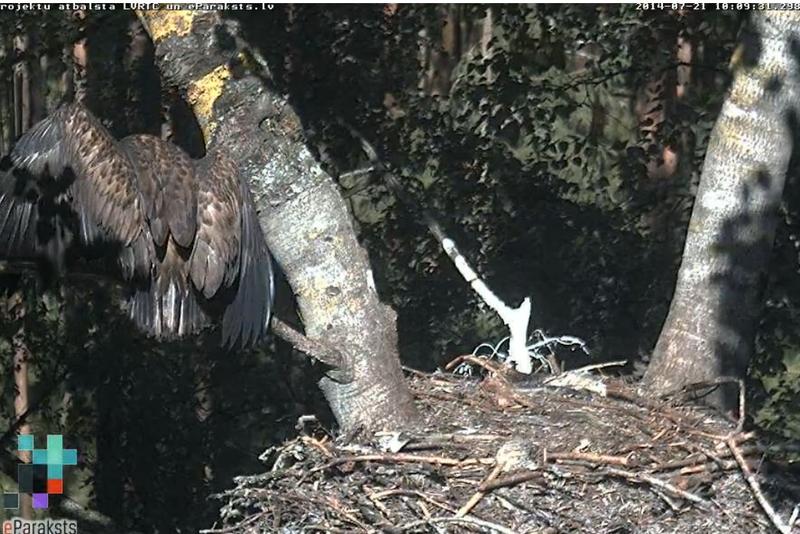 stepped out of the shadow of big sister

Pukite on the branch 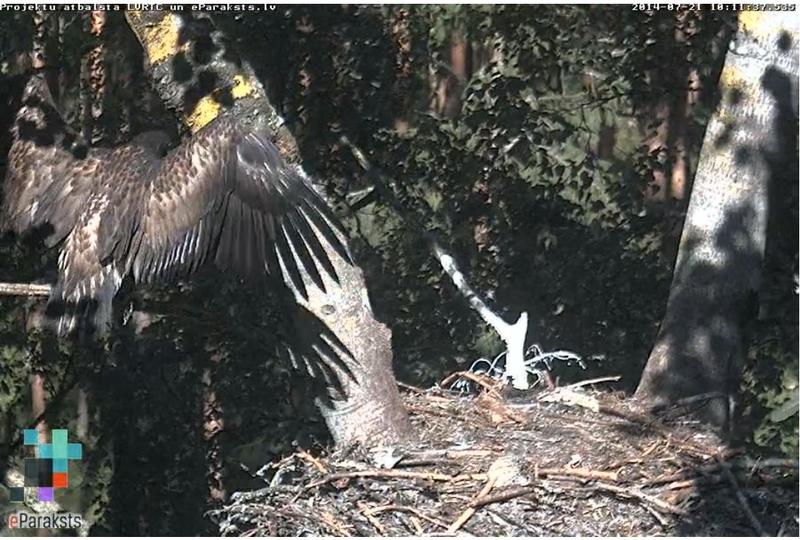 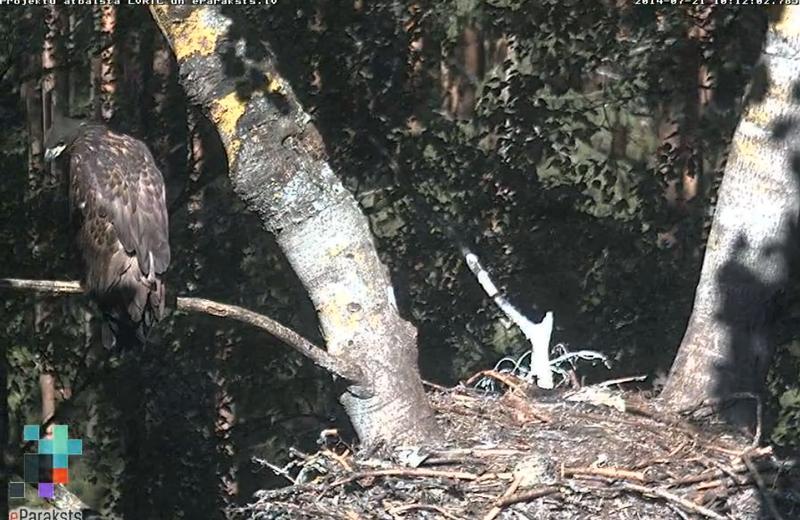