Merry Christmas and a Happy New Year! Have a nice holidays!
Top

Marfo wrote:eagle on nest again 14:29?
So it wasn't Durbe, this one called to an other one and it sounded the same. Is it the young 'couple'?
I have lost track of the who's who with all these visitors...

i think that no-one can be on track with all these visitors.

my guess is that this had to be young couple number 3. first there were the two ringed eagle who were kick-boxing. then was the couple where the one who was on the nest was really young. and today these two who sing to each other.

this looked so beautiful on the balcony in good light for a change.

14:28 the longer stay when they sang to each other.
the eagle on the nest sounded like a tenor so i guess that it perhaps was male.

14:55:02 eagles sing in forest. this time it sounded like a proper Robert's and Durbe's song.
i can't be sure of course that they were Robert and Durbe, not after what we have heard this afternoon. we'll be in trouble if these young strange couples begin to sing around here, too.

Marfo wrote:... I have heard it again, later, but don't know when.

i think i found the other call, or actually i found two calls and a third possible call. the third was from very far (if it was a call at all.)
14:06 two calls with a pause in between.

The calls sounds as if they come from WTE with an hangover...

Abigyl wrote:The calls sounds as if they come from WTE with an hangover...

it was dark already at 17:00 but the camera goes on as planned. not even owls call. just he wind sighs heavily.

this was a busy day. the young (or should one say sub-adult) eagle visited five times!

The weather has changed! I don't see the Tower Lights.

EDIT: my video Player say - no video? In Pontu archive also ??? what is this??? I hear the sound 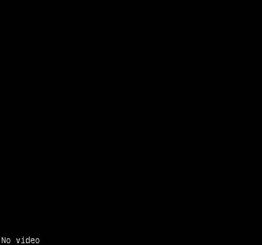 i noticed the "No video"-text, too.

i sent a question about it to Mr B.

the size of Pontu video is increasing and Pontu pictures are coming in.

ame wrote:
the size of Pontu video is increasing and Pontu pictures are coming in.

yes, there are pictures in the archive, but there is also to read "no video"

something is wrong. the picture is missing, only audio is coming.

i hope he'll wake up soon and check his messages. this is no big problem yet, because we couldn't see (much) anything anyway so missing picture doesn't matter much. but soon it will be light ...

he is fixing it.

for a Moment. perhaps it is too cold and the battery has problems? or perhaps a cable is loose?

good opportunity for me, return home

i sent a new message, telling that we had picture for a minute and that it's gone again.

maybe there is a loose wire or it is partly broken somewhere? that would be a nasty problem, locating such bad connection or wire is not easy.

i found the voice in my recording.
i had to mark the time of the video only approximately now that the time stamp is missing. the call was at about 8:17:45.
it sounded like Robert.

there have been two camera stops and restarts. first stop at 8:31 with restart at 8:34. then the camera (audio!) worked for about 7 min and then cut again. then there was an about 3 min break and restart at 8:44. still we are receiving audio only.

maybe Mr B is trying to fix the camera but hasn't succeeded yet. the picture is still missing.