the gunshot was here and quite too close!

yes, of course, i forgot that VLC uses the computer time. i'd be confused all the time if i were in another time zone.

i left the video here in the quote because the original post is on the previous page.

there was a sound of wings which sounded like a woodpecker's wings, a quick and 'hard' prrr!
the voices reminded me of greater spotted woodpecker, too. i guess there were perhaps two woodpeckers quarreling.

Hallo Ame and Liz - popped in to see if nesting had started and sorry to hear that Robert has injury problems. Hope he will be ok. Any sign of Durbe at the nest - see there is an interloper hoping to move in.
Top

EDIT: we have to see what happens in the nest. It is still enough time for the eagles, to decide on this nest.
But I fear that Durbe missing.

do you have a sound sample of the bird's voice, Liz?
Top

ame wrote:
do you have a sound sample of the bird's voice, Liz?

nope, I'm at my workplace.

and now without sound

well, in not having the sound on you were lucky just now: a terribly loud motor cycle drove by, probably on the road were we have seen the car headlights recently. i was expecting that it might curve right below the tree.

9:56 a little bird visit the branches

now there are two of them

I thought one of them was a crested tit. But I only saw it from the corner of my eye, so I'm not sure at all

i think there was a small mixed flock of little birds near the nest before 10 am.
here's a clip of the visitors, the nuthatch and the great tit. before they came to the nest there were a lot of voices of tits: a crested tit, a willow tit and a great tit.


after the nuthatch left the nest it went on talking nearby. tits also continued talking and singing. then the great tit visited the nest. it slso sang a few verses of te-te-teew on the nest.
(i don't know how i should transliterate it in "English". in Finnish the traditional great-tit-song is written ti-ti-tyy.

)
. i also saw someone with a black cap on the edge of the nest just before the great tit came up. that was perhaps a willow tit. right after the great tit a crested tit popped on the nest, too.

Aha, such a complicated flock

ame wrote: then the great tit visited the nest. it slso sang a few verses of te-te-teew on the nest.
(i don't know how i should transliterate it in "English". in Finnish the traditional great-tit-song is written ti-ti-tyy.

(Though I'm not completely sure about the translation of sits, a textile material.)
Edit: An old article on the theme: http://www.looduskalender.ee/en/node/9239
Top

i think that the word sitsi has originated from the word chintz:
https://en.wikipedia.org/wiki/Chintz

the "teacher- teacher..." call (or tee -ty, tee-ty..) of great tits is a modernized sitsi-kleit- call. the modern version is common with great tits in towns and cities (urban man-built environments) where the older version is almost forgotten now. it has been proposed that the old 3-syllable call carries over longer distances in a forest environment. the new version is believed to be more efficient in cities.
Top

i don't think this is Spotty. he and Lady got such a spanking from Robert that he would not be so calm and relaxed in the nest as this bird is.

Some preening. While crows and ravens are performing at a distance 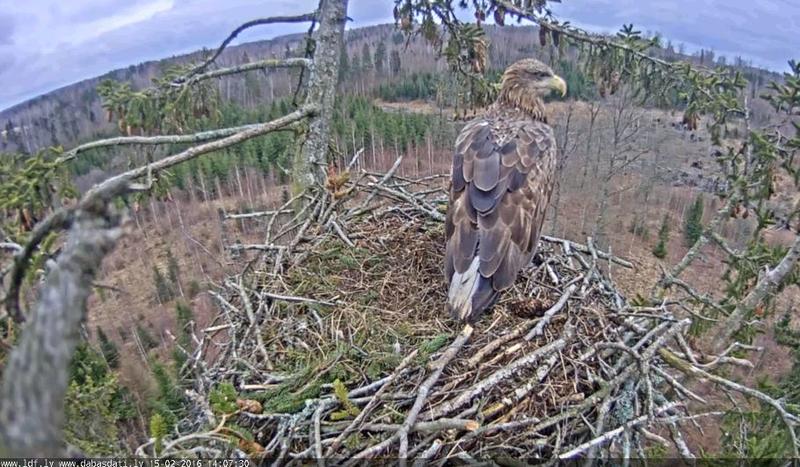 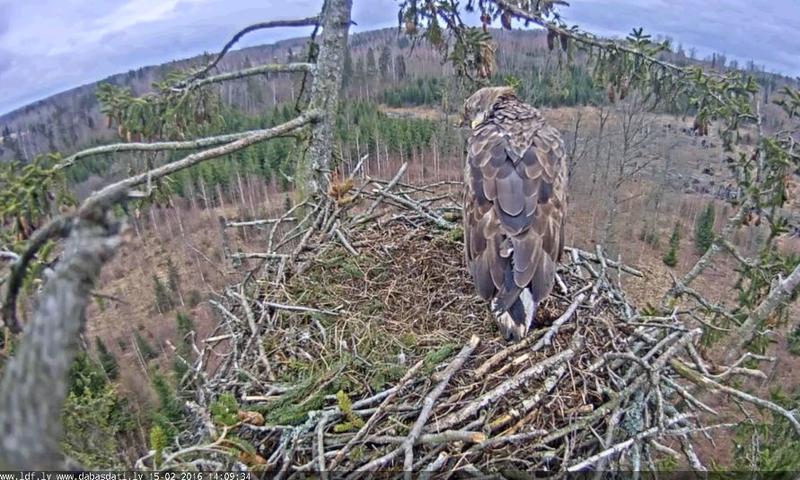 little?! i though just the opposite: it looked so big when it arrived.

it's perhaps a female?